The Spellbinding World of the Wild Camargue Horses 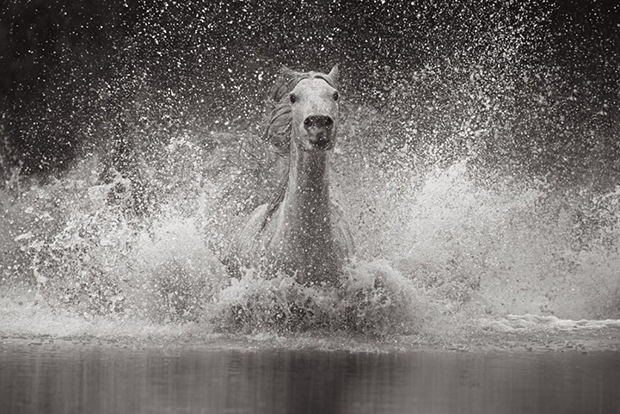 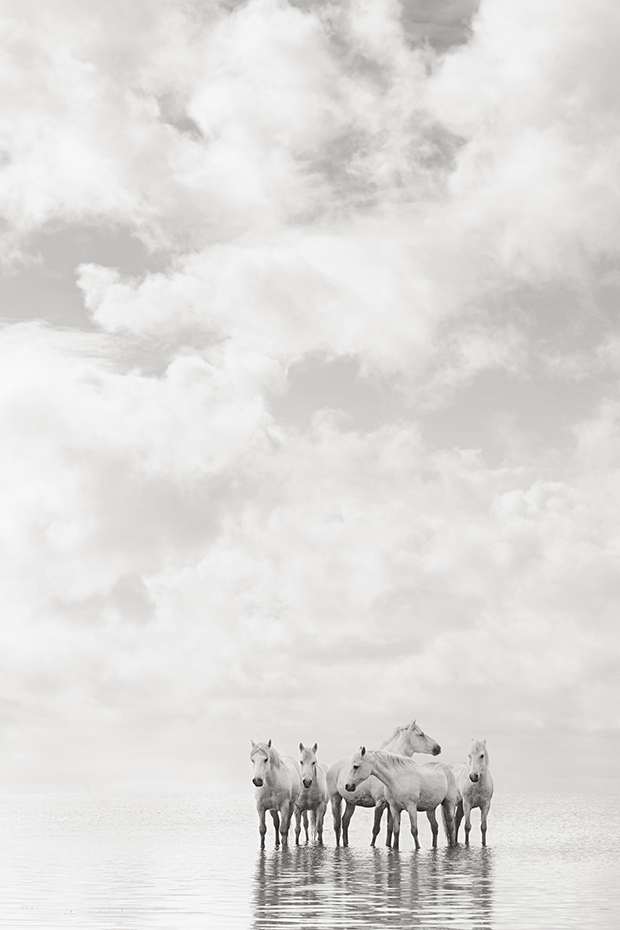 A Camargue foal is born with charcoal gray fur; as he grows, his coat is dappled until it fades entirely to white. The horse is an ancient breed, thought to have appeared 17 millennia ago, about 10,000 years before human civilization as we know it. Today, they live wild in the rugged marshlands of southern France. New York photographer Drew Doggett traveled more than 6,000 miles to meet them in person.

Band of Rebels: White Horses of Carmague is the artist’s love letter to the feral creatures. Anyone who has known a horse and known him well knows the acute longing the animals have for a life of freedom and abandon, and Doggett has captured the reality of a horse who lives untethered to human masters.

The Camargue horses, though they are monitored by the gardians, the French parallel to America’s cowboys, are for the most part untamed. Some can be ridden; some cannot. Though the gardians watch over the herd, the animals are mostly left to themselves.

It’s not easy for a horse to survive in the marshlands. The air is humid, and summers are sweltering. Winters are so bitter and winds so powerful that the gardians don’t typically have windows in their homes. The horses must find food for themselves; they follow the hierarchy of the herd more than they do the edicts of mankind.

Still, there does exist a mutual respect between the gardians and the Camargue horses. The land on which they have lived for centuries has been scarred by human beings; in the Second World War, it was used as a training ground for the armed forces, and these days, tourists frequent the area to watch bull-fights and catch glimpses of the horses.

The gardians are the reason Doggett was able to draw so near to the animals. They are gentle creatures, and though they appear large in the photographs, they are relatively little. A Camargue horse grows at most to about 14.3 hands— for reference, horses under 14.2 hands are considered ponies.

Doggett got only a taste of the life of a gardian, but memories from Camargue are etched forever into his psyche: the gaze of the inky, wide-set eyes of the horses, and the way their heavy hoops hit the fluid landscape, spraying water just feet from his lens.

The photographer remembers the horses as “innocent” and “fantastical,” and indeed there is an almost spiritual quality to the pictures he brought home with him. As one gardian told Doggett, “they are born in the water.” These animals speak to something humankind has long since lost, a primordial restlessness that lies hidden within all creatures. 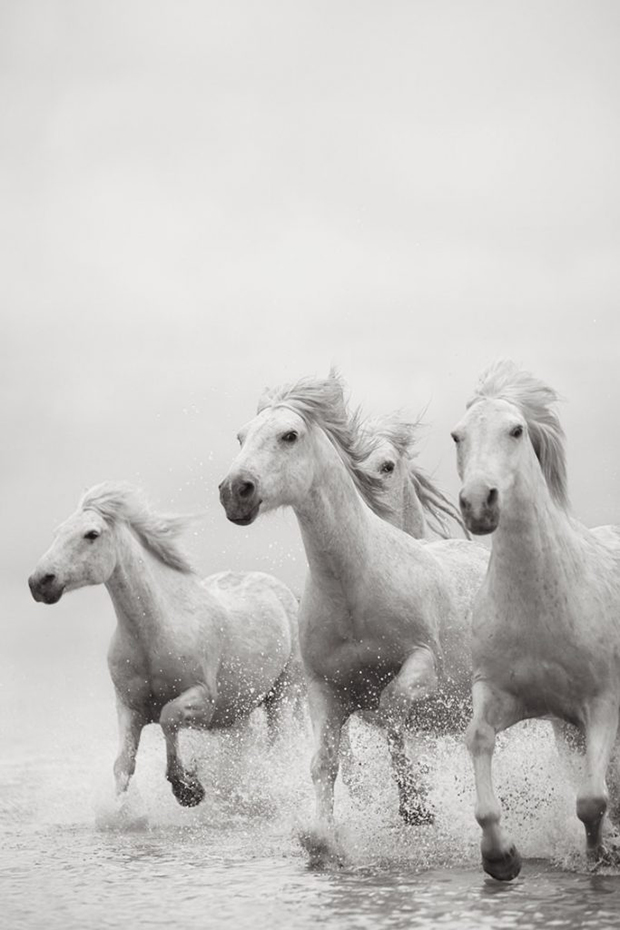 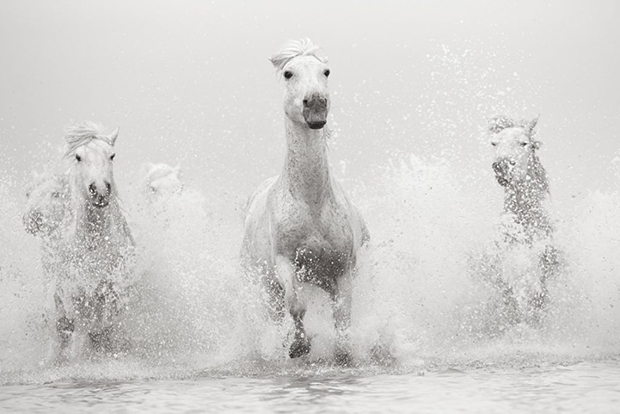 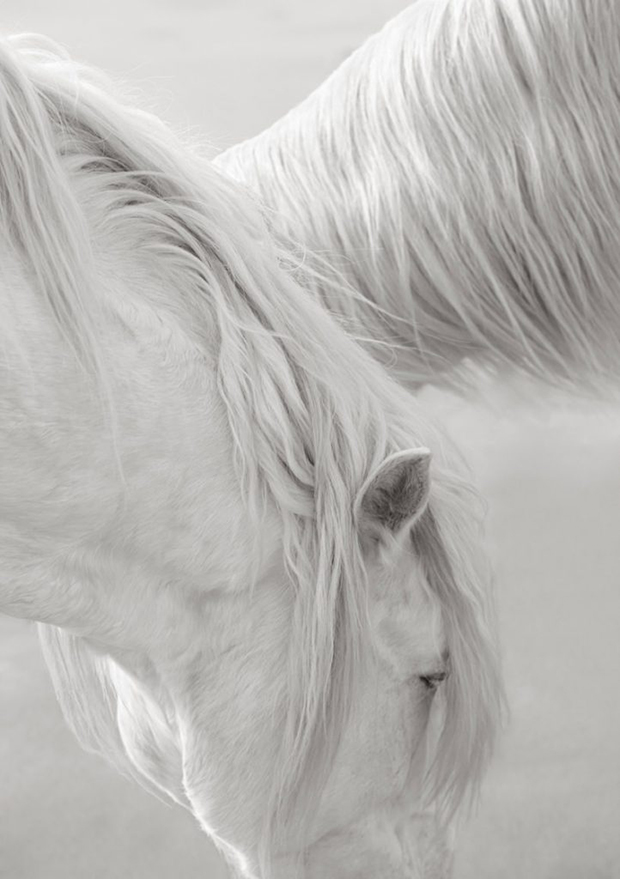 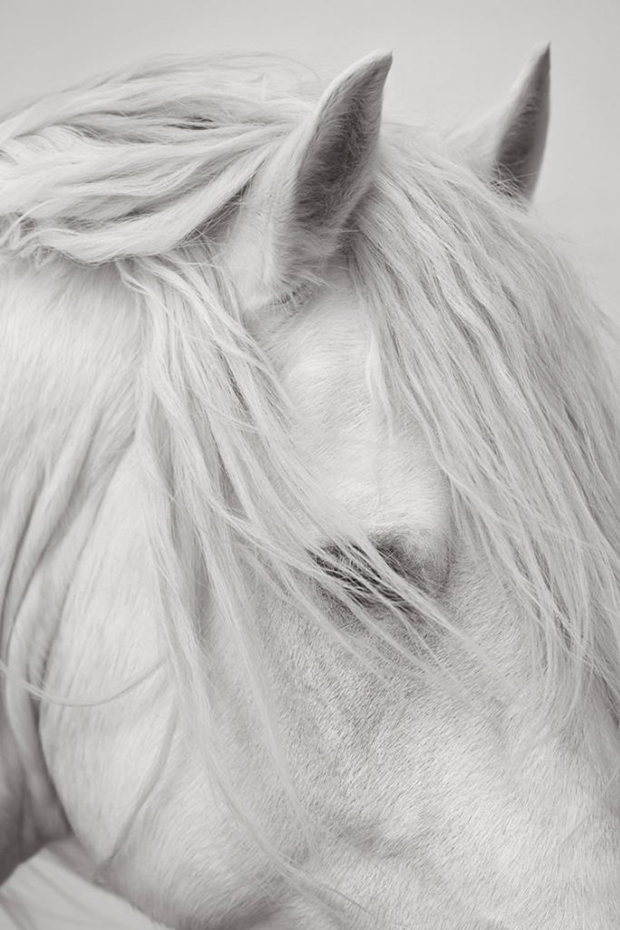 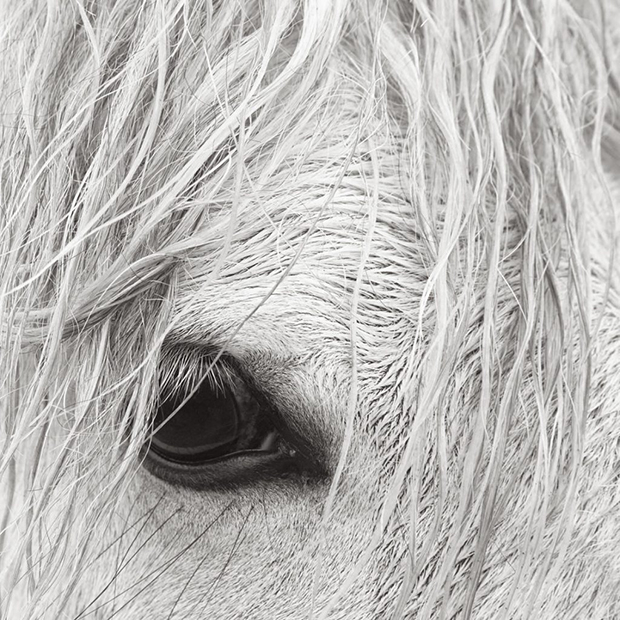 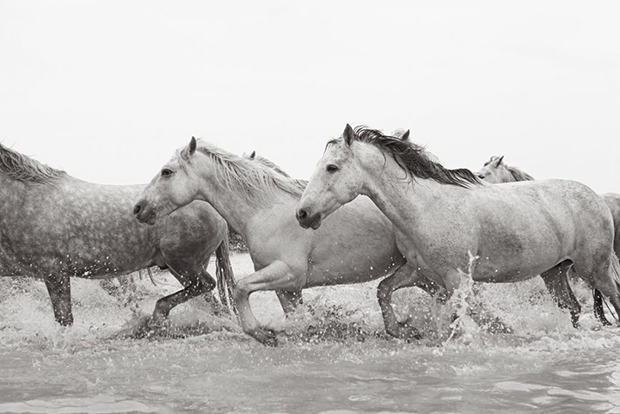 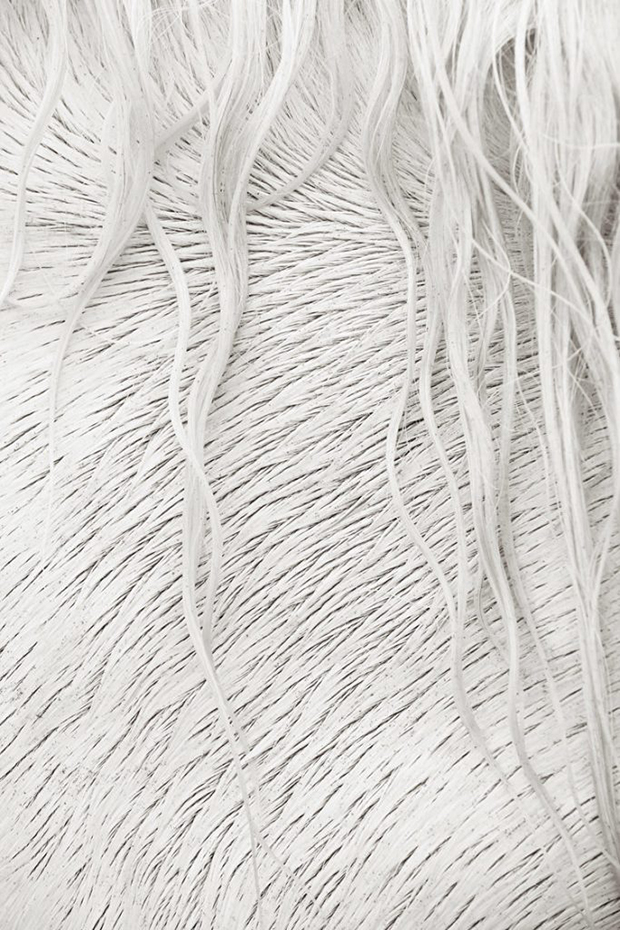 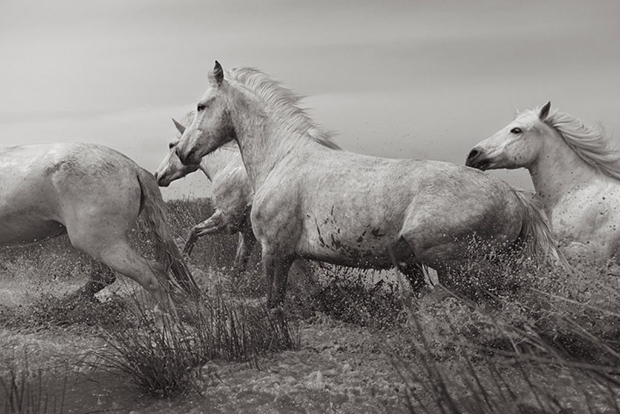 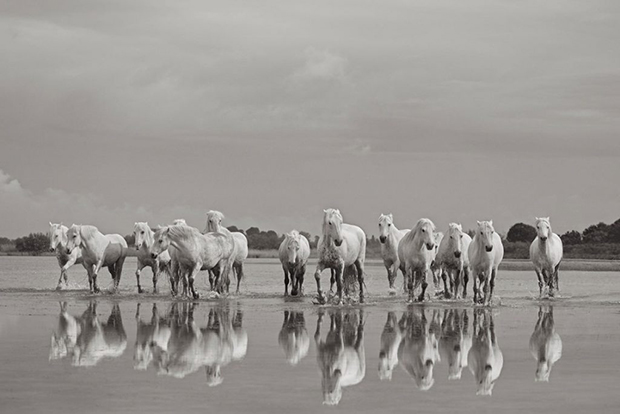 On the Shores © Drew Doggett 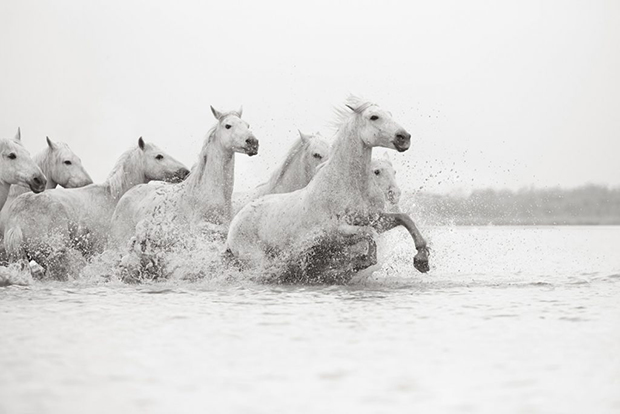 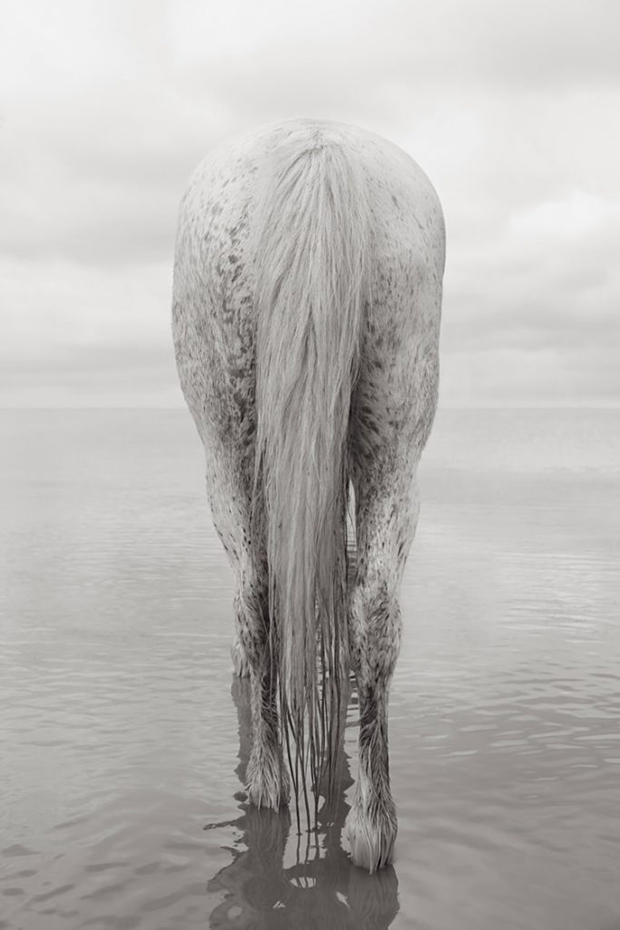