Portraits of Maids in Mexico City Walking the Boss’s Dog 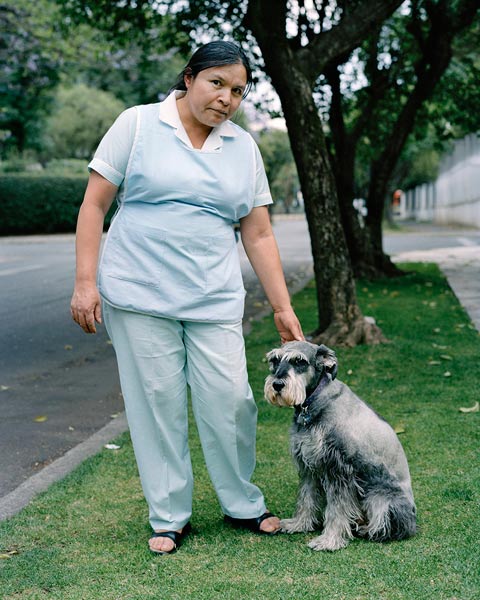 Of the photos taken of domestic workers in the 20th century, one could argue that Robert Frank’s image from The Americans (1955-56) depicting a nanny (in profile) holding a plump, bald baby on a sidewalk in Charleston, South Carolina, says all that needs to be said about caring for another person’s child. The image gets at a number of issues in one single frame: it touches upon the class and race issues that are still working themselves out in the United States today, and the affection and love with which domestic workers have always shown for the children of their “bosses.”

In the portraits from NYC-based photographer Monica Ruzansky’s Dicen Que, the domestic workers she depicts are not holding children, but rather, taking their owners’ dogs out for one of their many daily walks. Though the setting is now 21st century Mexico City, the dogs in these images serve as a surrogate for the same pressing issues at work in Frank’s image from 1950s South Carolina.

By framing each of these women standing on her own, Ruzansky draws attention to the complicated role these women play in the upper echelons of Mexico’s wealthier classes—where walking the dog is just the tip of the iceberg—as well as emphasizing the strength that it takes to care for something belonging to someone else as if it were your own. She recently told us more. 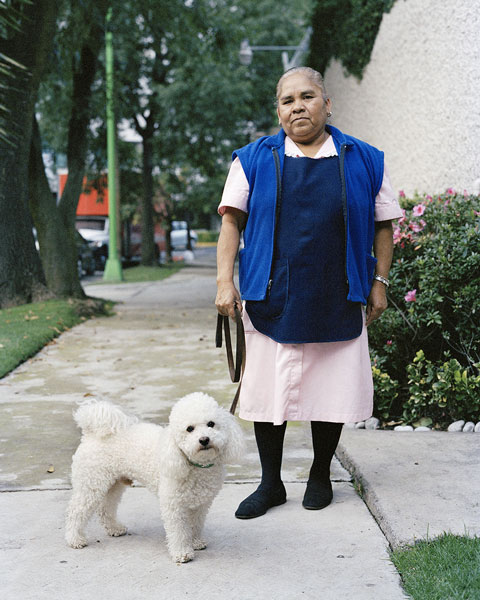 What are the neighborhoods called where you made these photographs? Are they known for anything besides wealth?
“I took most of my photos in the upper class neighborhoods in the central northwest parts of Mexico City, but there are women working as maids in many different neighborhoods all around the city. The areas in which I photographed are mainly known for being residential family areas, and although they are relatively pretty parts of the city, with trees and some parks, they are not areas with street life, because there aren’t stores or restaurants in these neighborhoods. Because the majority of people drive in this part of the city, you don’t see that many people walking on the sidewalks, except local workers and the maids walking someone else’s dogs.” 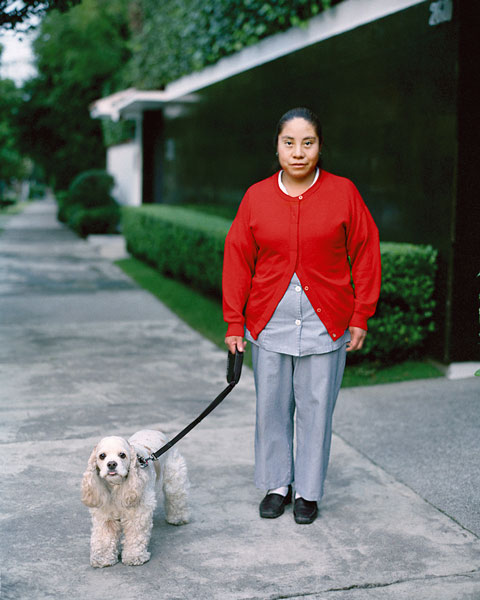 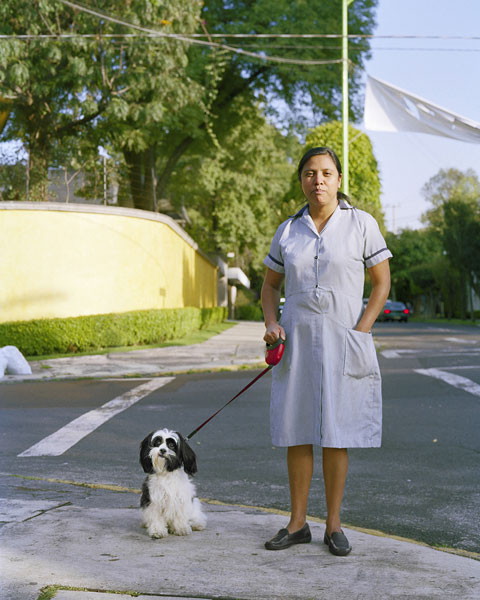 The role these women have is very complicated. What did you learn about the relationships these women have with the families they “work for” while making this project?
“It is a very particular job, in no small part because of the unique relationship maids often have with their employers. My personal experience is based within the families of Mexico City, where there is a long history of social class division and hierarchy (especially after the Spanish conquest). To be a “maid” in Mexico City is actually a very common “job” for a woman to have, although strangely it’s not considered an official job in the eyes of the law, since the employer is not legally obliged, for example, to provide healthcare for their employee in this case.

“This only serves to blur the boundaries even more in what can already be a confusing relationship, because women working as maids often become a core element of the domestic dynamic, and many of them sleep 5 to 7 days a week at their employers home. These women often become very close to the families that they work for, and they take on many responsibilities, varying from taking care of the family pets to the children themselves. I grew up in Mexico City myself and although I didn’t have a full-time nanny, I grew up in a family with a maid, and there was always someone around to take care of me.

“There is a strange relationship between a maid and their employers, because on one hand they are treated like part of the family, but on the other hand, they are not. They may live with you and know everything that is going on in the house, but a dynamic power relationship grows and evolves in different directions, and it’s really up to the employer to choose what income and benefits to give to the maid, because there is no legal responsibility laid out in the law (which is something I think needs to change in Mexico).

“So, while truly caring relationships may develop, it’s also, at some level, just a job…which is quite surreal when you think about it, and it’s this surreal side that I wanted to explore with this series of photographs—how the maid becomes like a family proxy, walking a family pet that both does and does not belong to her. The relationship between the person and the animal is slightly bizarre, like a marriage of convenience—neither one is really meant to be with the other, but there they are, spending more time with each other every day than with anybody else.” 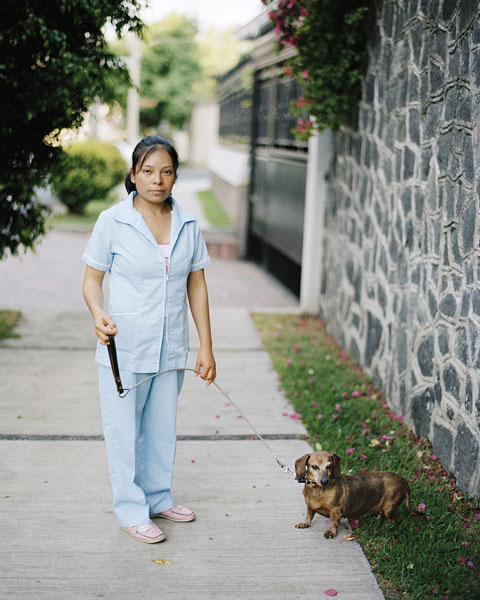 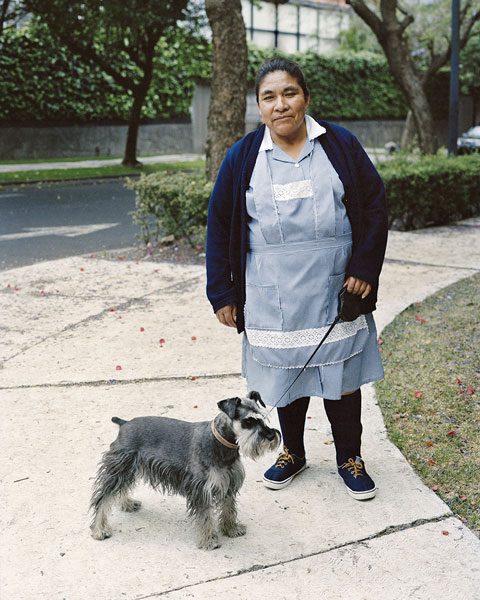