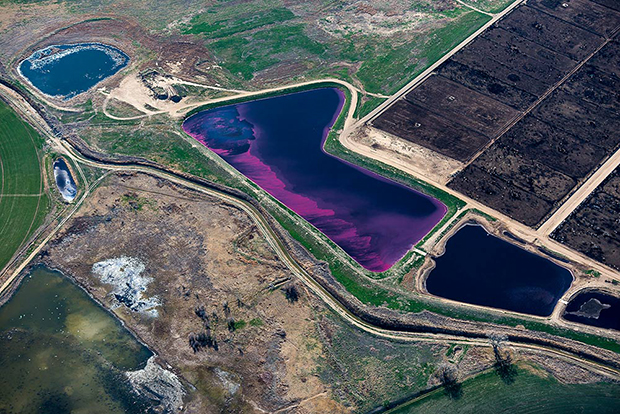 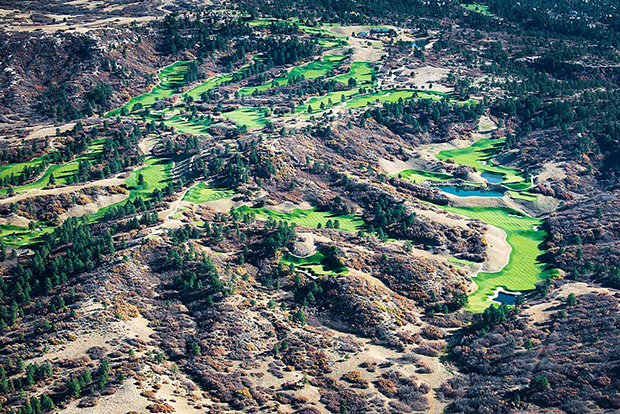 Improved Paradise, Castle Pines, CO, 2015: Many natural landscapes such as this are disrupted by the addition of a golf course.

Evan Anderman spent much of his childhood in Colorado’s Eastern Plains, exploring feral terrain with his father. As an adult, he was pulled back to the plains of Colorado, Wyoming, and Kansas – inspired in part by his own and our collective nostalgia for the landscape of the American West.

When he boarded his Cessna 206 and headed for the skies, he found that somewhere along the way, mankind had lost its connection to the earth. What he saw was a pockmarked, disfigured expanse of feedlots, fracking operations, and mining sites.

In Plain Sight is of course a play on words; Anderman, by photographing what he saw over the course of three years and countless flights, is bearing witness to the obvious but somehow disguised carnage of the West, parts of the country that both made and broke so many promises.

The beauty of Anderman’s photographs is an intended paradox. Mankind has brought a prehistoric landscape to it’s knees, and it would be a mistake to say there isn’t something seductive about that kind of power. The fact that we find grace and sophistication in disturbing imagery is not only a testament to Anderman’s artistry but also to our ability to rationalize and distort a terrible truth.

We’re all complicit. In the photographer’s words, all that lies before us is the result of our appetites for “big houses” and “big cars.” Anderman has unveiled the sinister side of a landscape that’s personally dear to him. These aren’t the pictures he hoped to find.

The photographer, who holds a PhD in geology, has lost the “romantic” West of his imagination and replaced it with a real swaths of land on which people and animals live, die, and leave waste.

In 1871, New-York Tribune editor Horace Greenley— credited as one of the first to say, “Go West, young man!”— wrote in a letter advising one such man. “Can you chop? Can you plow? Can you mow?” he asked, “Having mastered these, gather up your family, and Go West!” Looking at Anderman’s work, knowing what we know now, those 145-year-old words seem so achingly naive.

We’ve chopped; we’ve plowed; we’ve mowed. We’ve made mistakes. Still, Anderman hasn’t given up hope. We have driven ourselves to the brink of disaster, but perhaps we can now begin to step away, to right what we’ve done wrong. Ultimately, the artist writes, “We are a very adaptable species.”

Evan Anderman: In Plain Sight opens tomorrow at the Denver Public Library Central Branch, with an opening reception with the artist from 2:00-4:00 PM. Anderman will return to give a talk on November 12th at the same time. The exhibition will remain on view until December 31st. 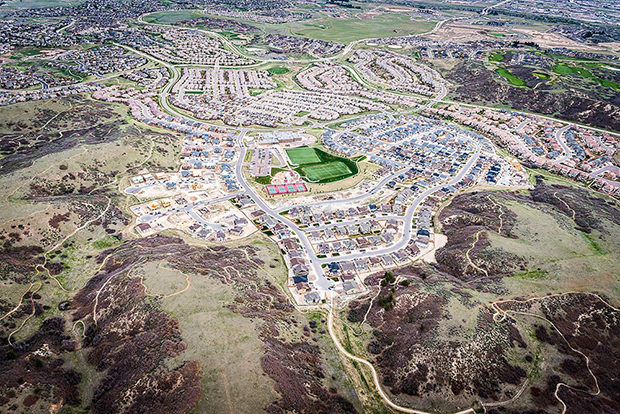 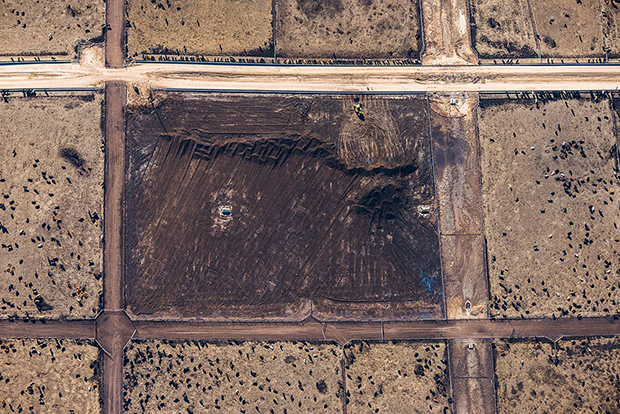 Scraping Mess, Yuma, CO, 2014: Periodically, manure is removed from individual paddocks like this one from within a larger feedlot. 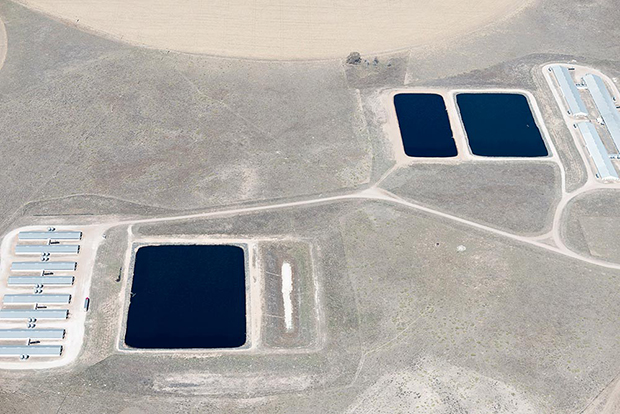 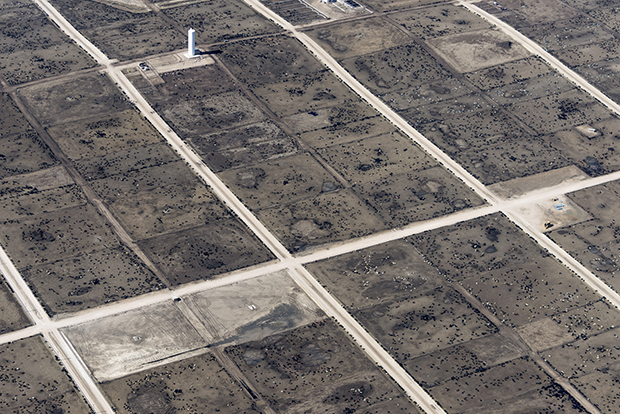 Patchwork Grid, Yuma, CO, 2016: Cows appear like insects in this expansive view of a feedlot near Yuma. 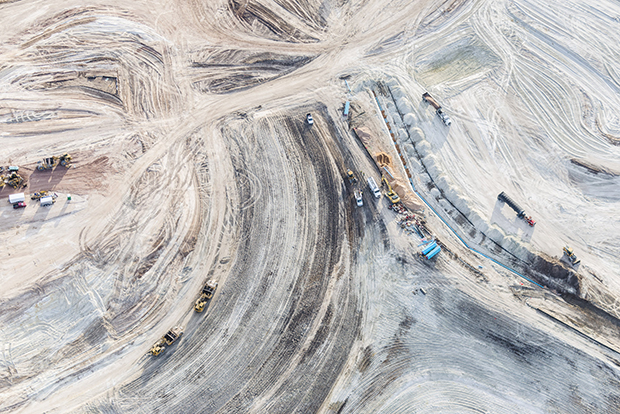 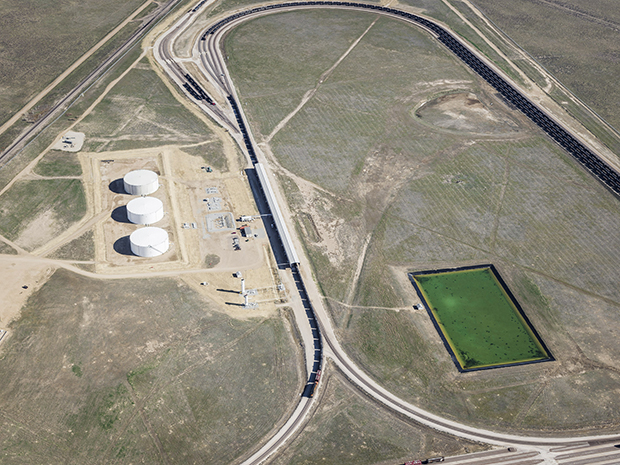 Petro Oval, Keenesburg, CO, 2016: At this facility near Keenesburg, crude oil is loaded onto rail cars for transportation to other parts of the country. 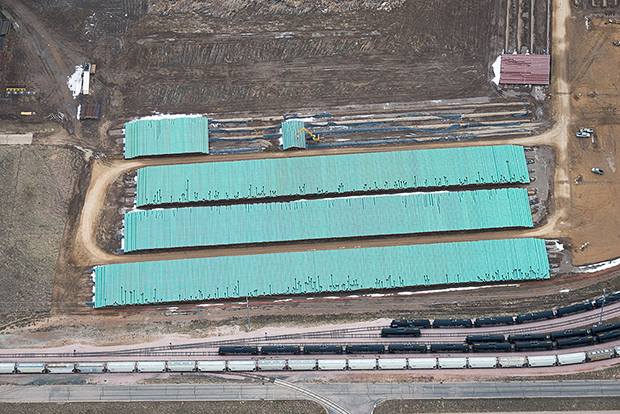 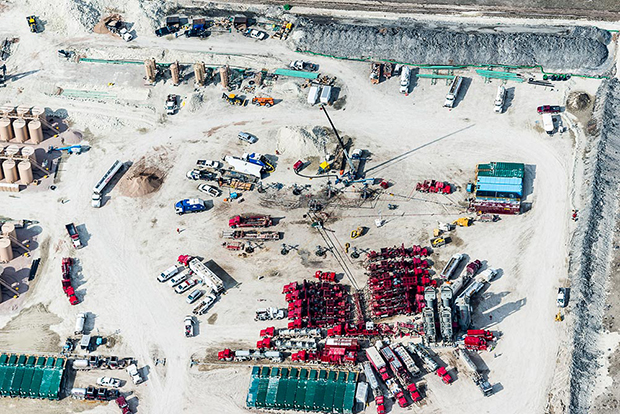 Fracking Fracas, Pawnee Buttes, CO, 2014: A single fracking operation requires a massive amount of infrastructure, as seen at this site in Weld County. 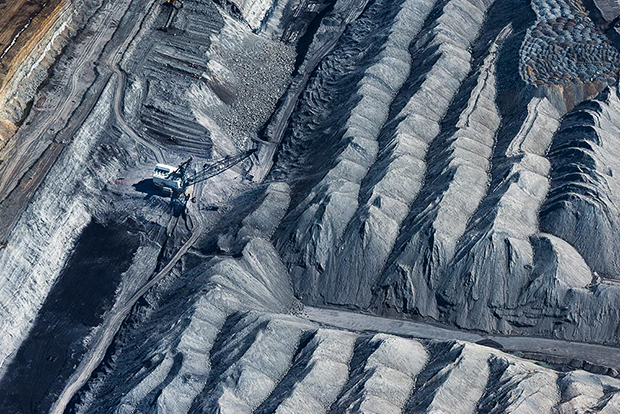 Dragline Piles, Powder River Basin, WY, 2014: Huge amounts of overburden are moved to reveal the dark-black coal seam at this mine near Gillette, Wyoming. 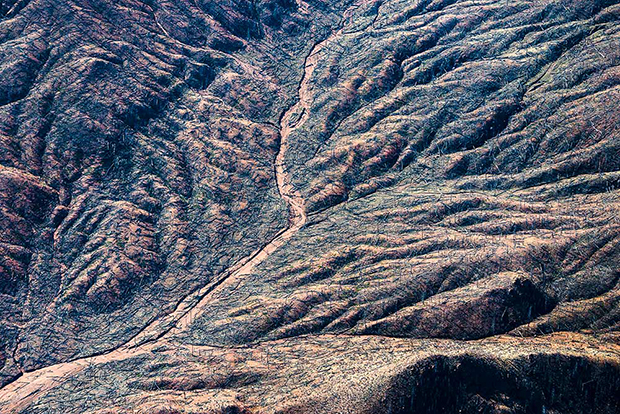 Burnt Sticks, Deckers, CO, 2014: Trees that were burned during the 2002 Hayman fire near Deckers still litter the landscape nearly fifteen years later. Vegetation is returning to the area, giving the red dirt a greenish cast. 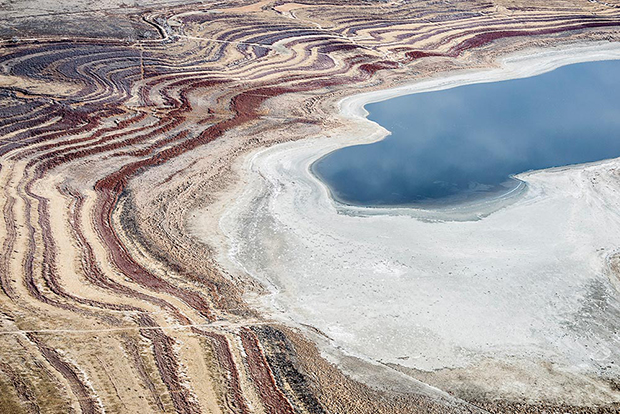 Retreat, Eads, CO, 2015: Repeated years of drought in southeastern Colorado have taken their toll on this reservoir as evidenced by the receding shoreline. 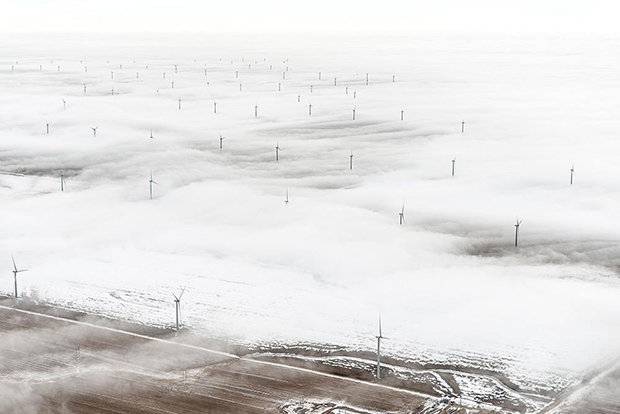 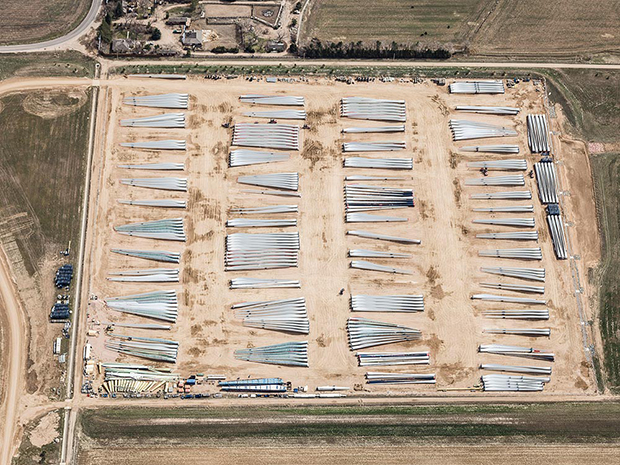 Blades, Windsor, CO, 2016: Wind turbine blades look like matchsticks as they await shipment from this manufacturing facility near Windsor. 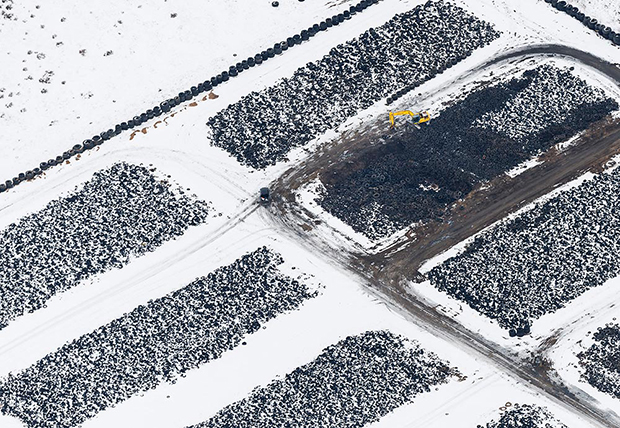 Tire Mountain, Hudson, CO, 2014: Colorado is home to the largest stockpiles of waste tires in the nation. Tire Mountain holds 31 million tires that the owners claim will be used to produce diesel fuel, activated carbon, and steel.