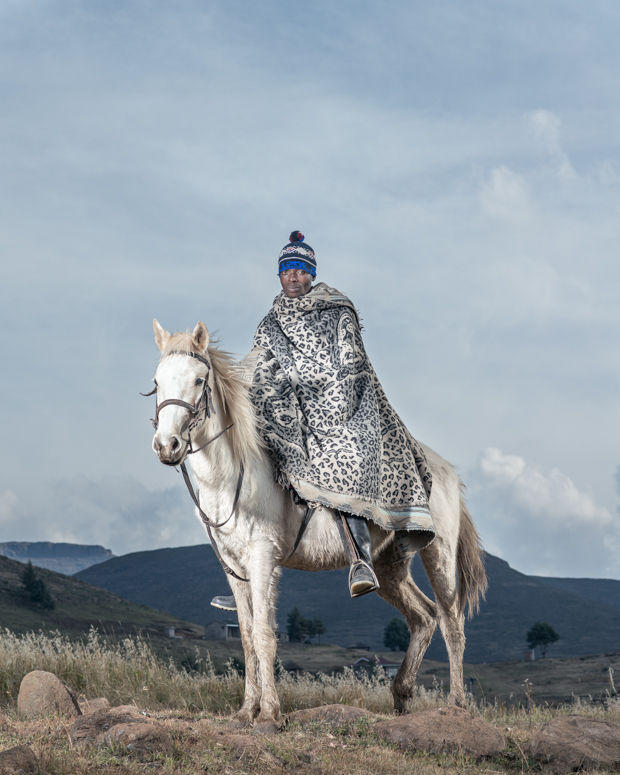 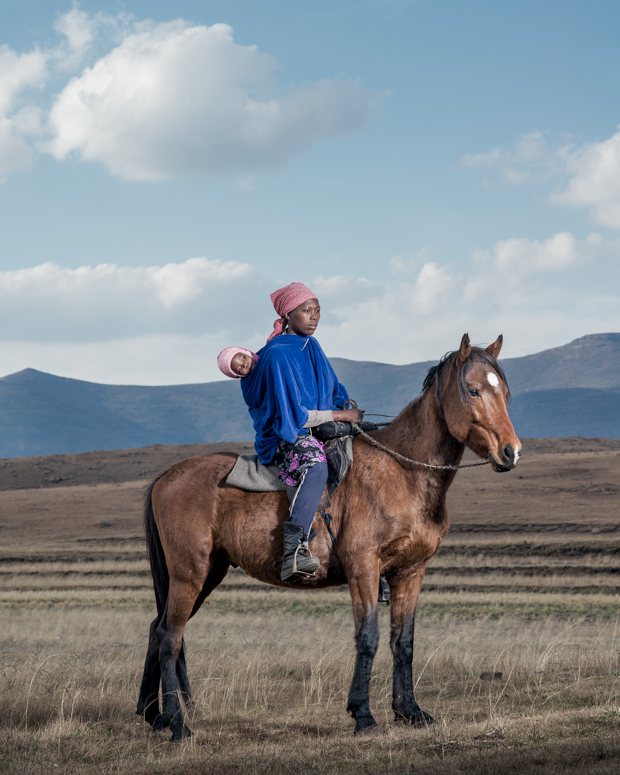 While traveling through rural Lesotho on a previous project, Capetown-based photographer Thom Pierce was astonished by the country’s spectacularly beautiful landscapes, dramatic mountains and awe-inspiring views. In this mountain kingdom many people still get around on horseback, the artist observed, and the blankets they wear are adorned with distinctive colorful patterns, seemingly unique to each horseman. The Horsemen of Semonkong constitutes a series of portraits of herders, commuters and horse riders who commute between rural mountain villages and the small town of Semongkong in Lesotho.

The region of Semonkong sits 2,275 metres above sea level in the Drakensberg mountains, and its sparsely populated settlements subsist without electricity and mains water. They are also inaccessible by car. In order to reach the town of Semonkong, many commuters travel by horseback — the journey can take up to four hours. Young herd boys also use these routes on a daily basis as they move their livestock between pastures. Thom knew he had to return to photograph these horsemen framed against the breathtaking Basotho highlands.

The photographer took on an eight day walk accompanied by a local guide who was to translate for him. His intention was to show at least a tiny slice of these peoples’ lives in a rural part of Lesotho. He would request just five minutes of the time of the horsemen he encountered, allowing them to continue on their way if their horse spooked or they felt uncomfortable. The artist positioned the willing subjects with the sun behind them and lit them from the front with simple portable lighting; this was essential given that he would need to carry the equipment over rough terrain.

Thom’s series of portraits The Horsemen of Semonkong will be exhibited at Everard Read’s Circa Gallery in Johannesburg from the 13th October until the 12th November. 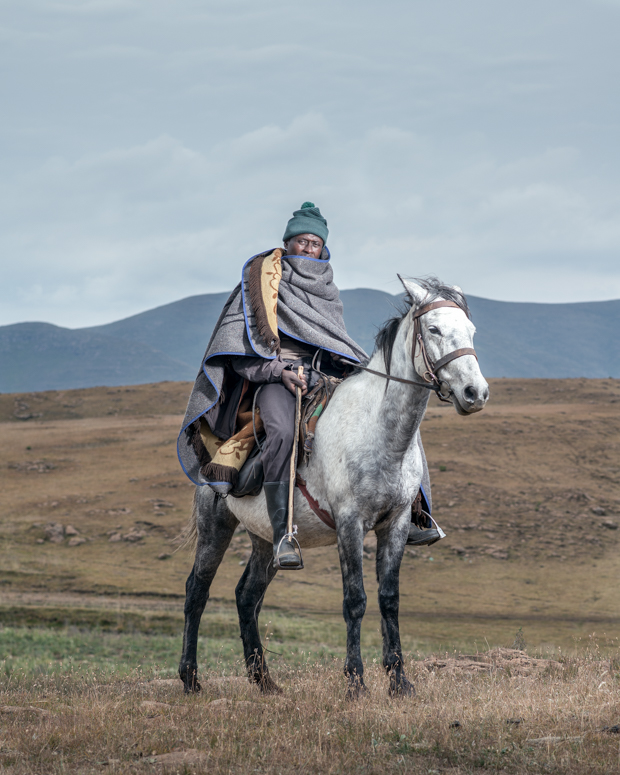 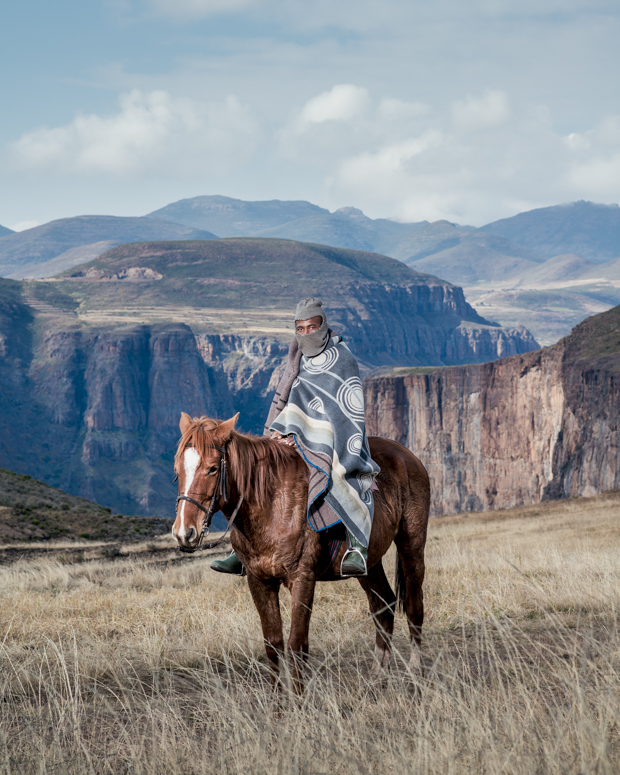 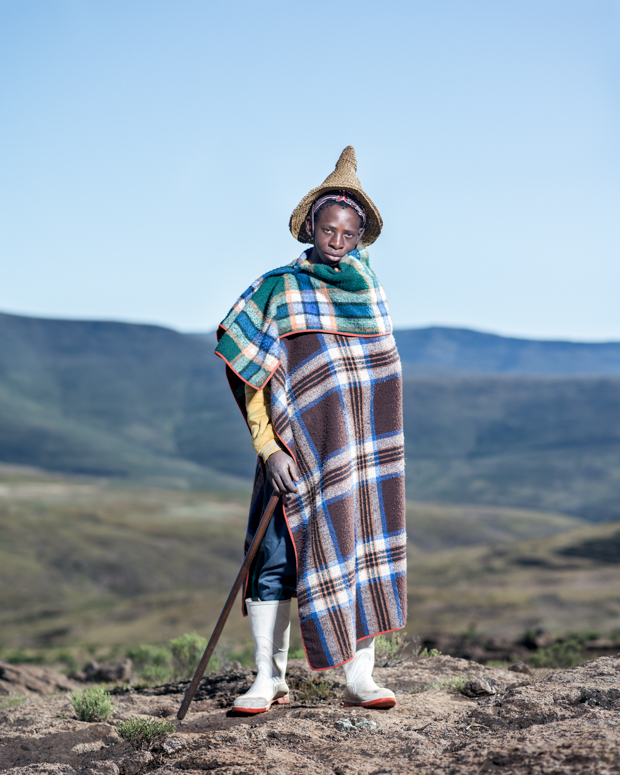 Retselisitsoe – Semonkong, Lesotho: 18 years old and started he herding at 10. He owns 5 sheep. 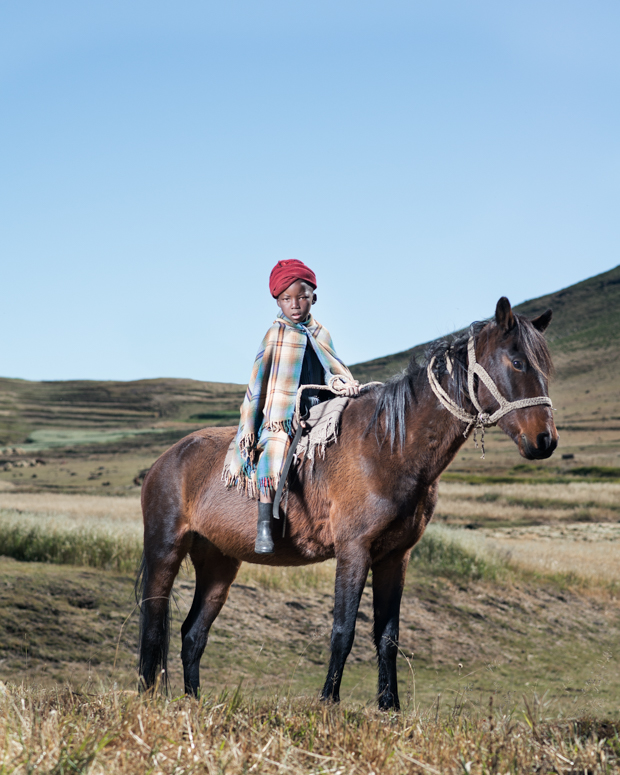 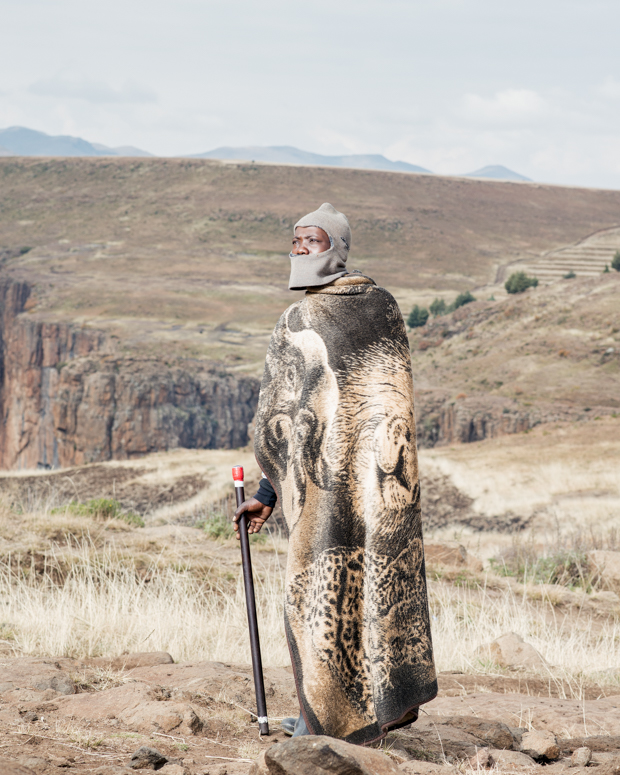