From the Battle of Hastings to Present Day Afghanistan, A Photographer Documents Possessions Held by Soldiers Throughout the Ages 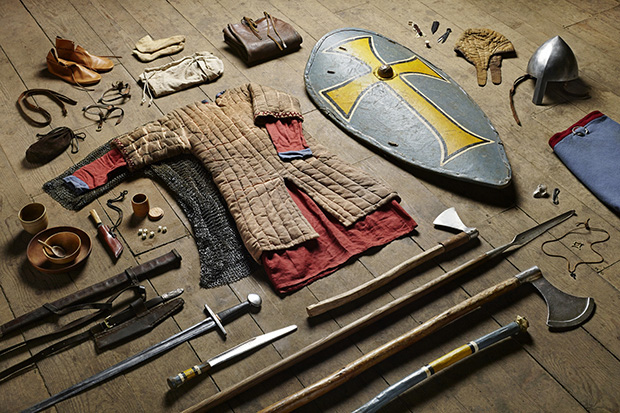 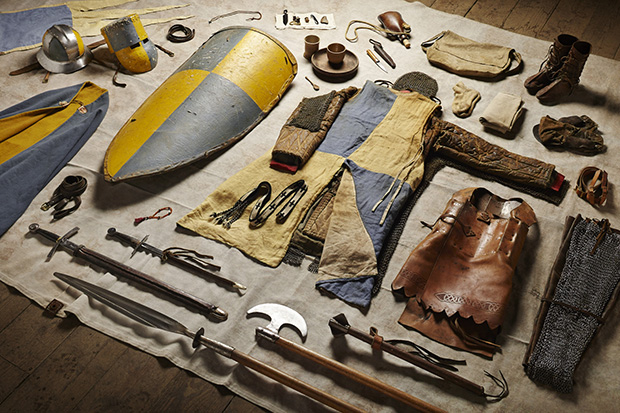 For Soldiers’ Inventories, photographer Thom Atkinson collects and arranges the various gear and personal keepsakes borne by soldiers fighting throughout nearly one thousand years of British warfare, beginning in 1066 with the Battle of Hastings and continuing until the current conflict in Afghanistan.

The project emerged from two others that focus more broadly on the intersections of war and legend within the British subconscious, arising naturally from Atkinson’s ongoing research. Working from a list of famous battles that helped to shape the country, the artist reached out to re-enactments group specializing in particular conflicts throughout history. With their help, he drew from historical sources as well as iconic wartime imagery, including a photograph of Royal Marines bearing the Union Flag during the Falklands War, to construct detailed portraits of each soldier. After compiling objects from re-enactment groups as well as contemporary officers, as is the case with the image representing the possessions of a soldier in Afghanistan, Atkinson meticulously organized them into a fluid if complex chronological narrative.

Although arranged with an unfaltering and objective eye for balance and form, the items when taken together tell a story that is decidedly human. As axes make way for machine guns, the abstract notion of war becomes tangible and concretized. Throughout, there persists the basic need for shelter, warmth, food, and drink, and the fight for survival unites men and women living hundreds of years apart. Says, Atkinson, “It sounds silly, but one of my favorite things is that every picture has a spoon. Things like this make 1,000 years ago seem very recent. Objects can be powerful, magical things.” 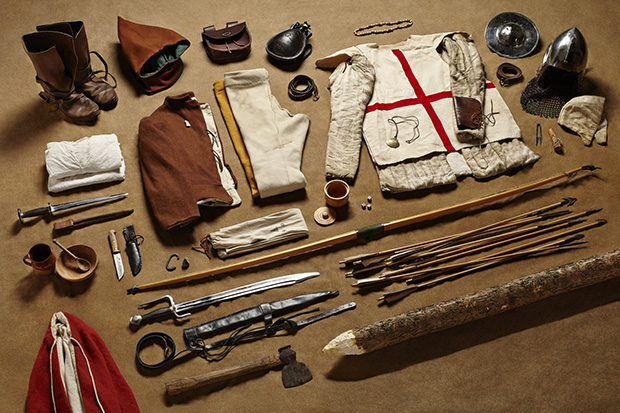 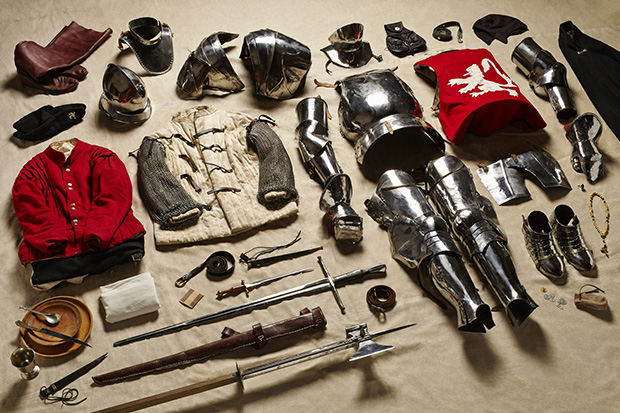 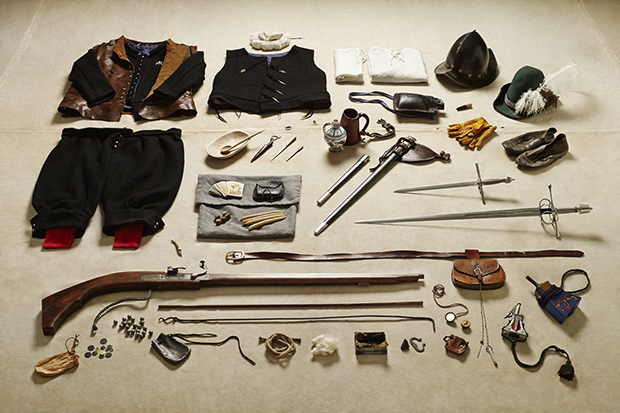 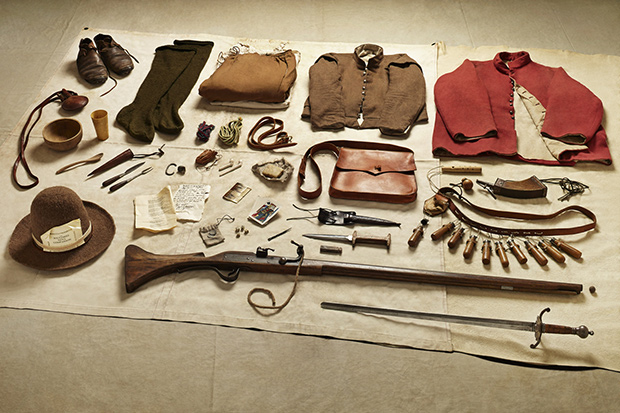 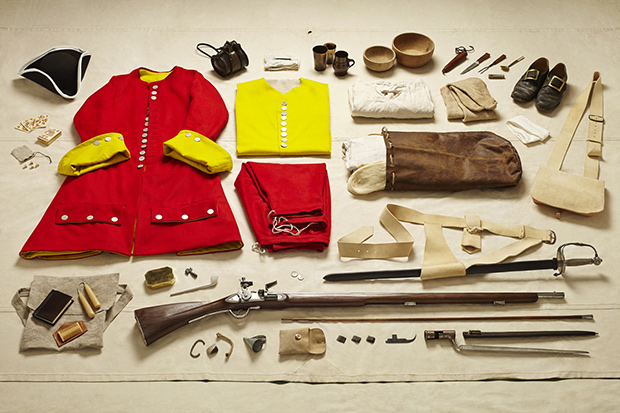 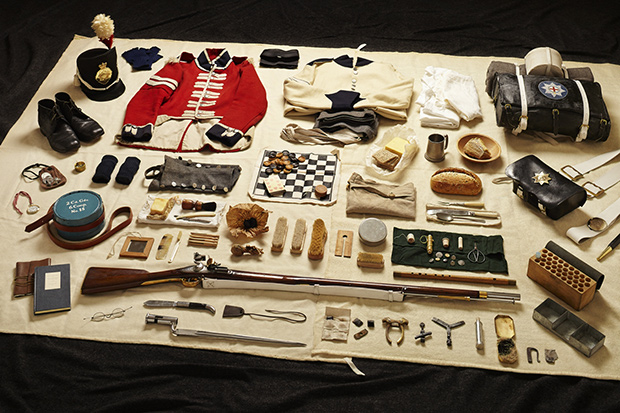 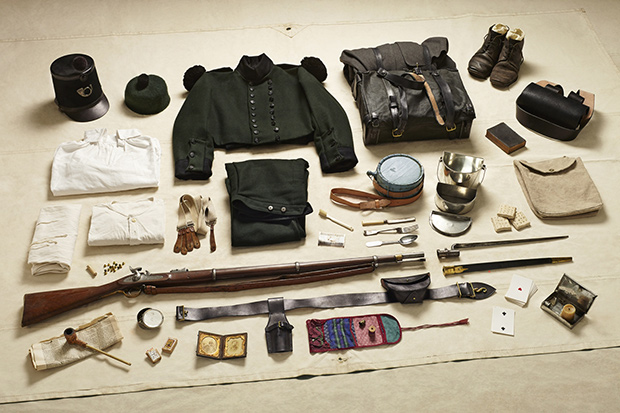 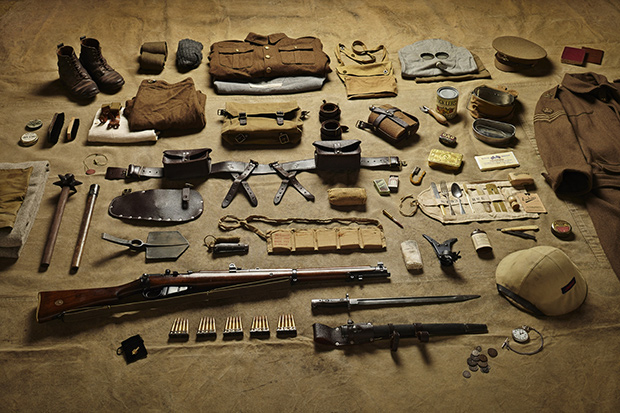 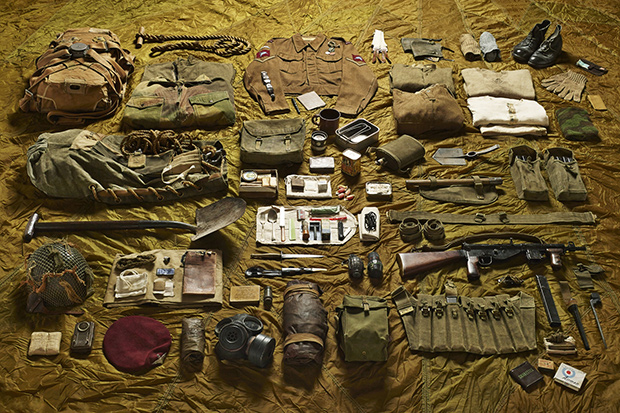 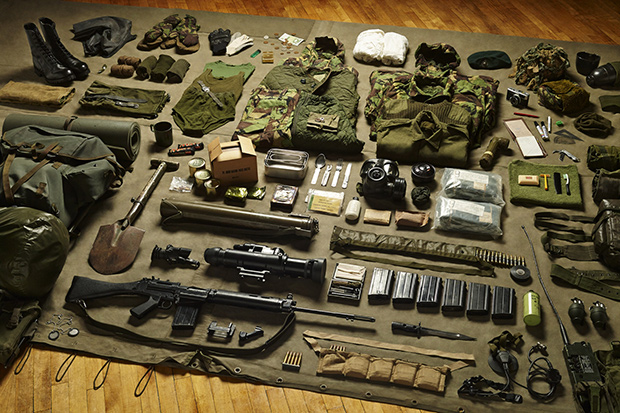 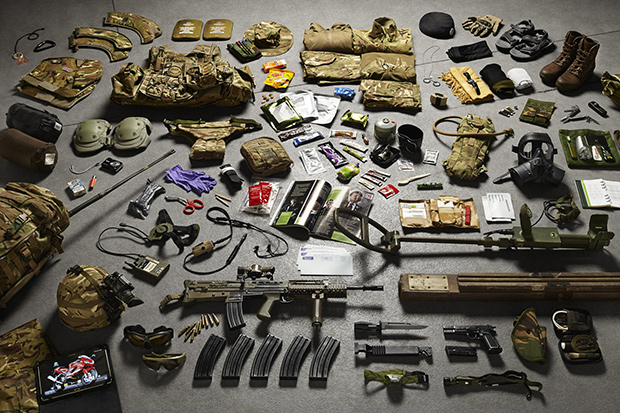