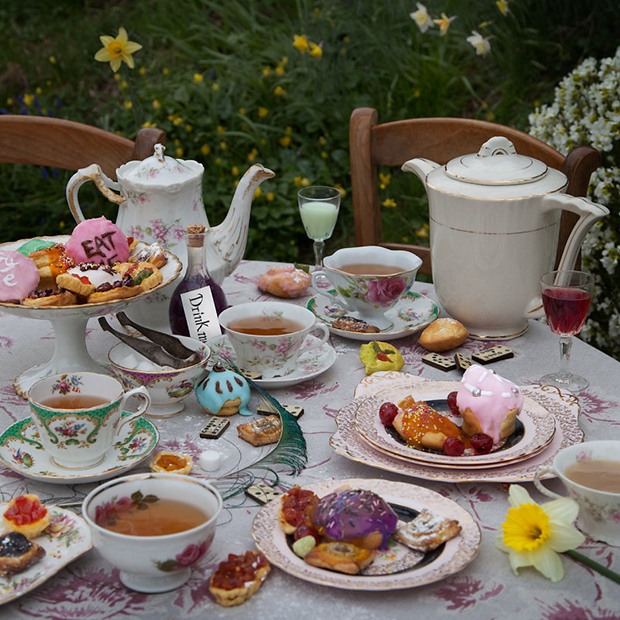 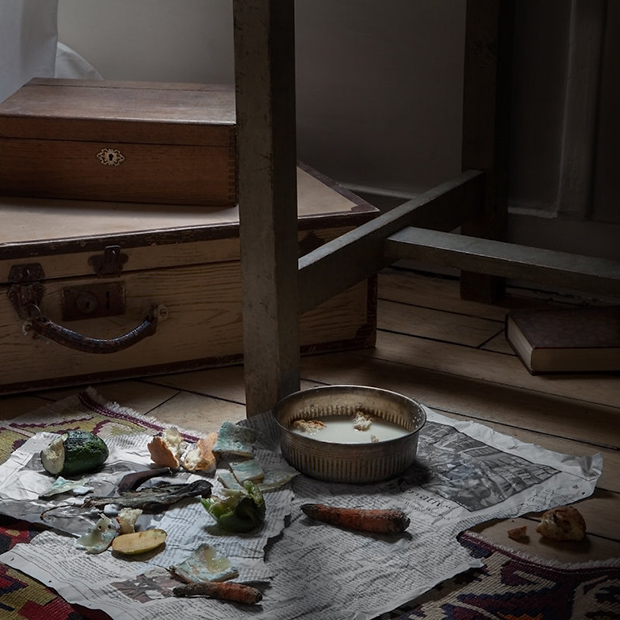 Paris photographer Charles Roux describes his boyhood self as “a lonely kid that filled his life – and his voids- with literary fiction.” In this way, you could say Fictitious Feasts began in the artist’s early years, when he was curled up with a book, turning the pages and imagining the worlds inside them.

Growing up, he always had a vivid and visceral picture in his head of Alice’s tea party in Wonderland, the dinner table at the Ramsay house in Virginia Woolf’s To the Lighthouse, Gregor Samsa’s wretched pile of rotting food, left on the floor each morning by his sister Grete in Kafka’s The Metamorphosis. As an adult and still life photographer, he had the means to bring these scenes to life.

Food, Roux suggests, has a hallowed place in the literary realm. Meals become metaphors; the real magic is in the mundane. For Fictitious Feasts, the photographer started with the books. Some, like the madeleines from Remembrance of Things Past and the porridge stolen by Goldilocks from the Three Bears, popped into his head instantly. Others took more time to recall and dig up. He read and reread the classics, jotted down notes, and sketched out table settings.

Reconstructing the perfect meal was a part of a larger goal: Roux longed to capture the essence of each novel, short story, and play, to transport his audience to a time and a place that were long gone, or in most cases, had never existed at all. Woolf, for her part, gave the artist a detailed roadmap, while those like Samuel Beckett, known for his sparse and rather opaque stage directions and prose, gave Roux ample space to fill in the blanks.

The photographer made it a point to never use the same prop for two different sets; he culled the collections of family and friends, thrift and antique stores in search of the perfect item. The food itself was cooked by the artist to match the descriptions in the book.

Everything had to be as accurate as possible; he ventured into the Italian Alps to shoot the irresistible turkish delights from C.S. Lewis’s The Lion, The Witch and the Wardrobe, rented a mustache cup for Leopold Bloom’s tea in Ulysses by James Joyce. Naturally, the picture inspired by We Have Always Lived in The Castle by Shirley Jackson was shot in a real castle.

“I wanted to reach a point were fiction and reality meet,” Roux explains. In keeping with that notion, he ate most of the food after it was photographed.

Fictitious Feasts is an ode to the great writers of our time, but perhaps even more than that, it’s a testament to their readers, to those daydreaming children large and small who can’t help but get drawn into a good story, especially when the real world comes up short.

Charles Roux hopes to turn Fictitious Feasts into a book and is currently looking for a publisher. Making a book, he says, will allow the project to come full circle: “from book to book.” You can follow the evolution of the series over on Instagram. 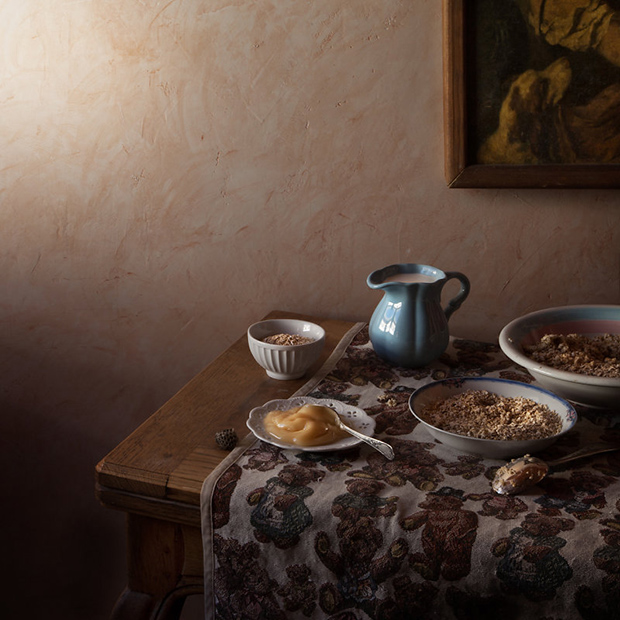 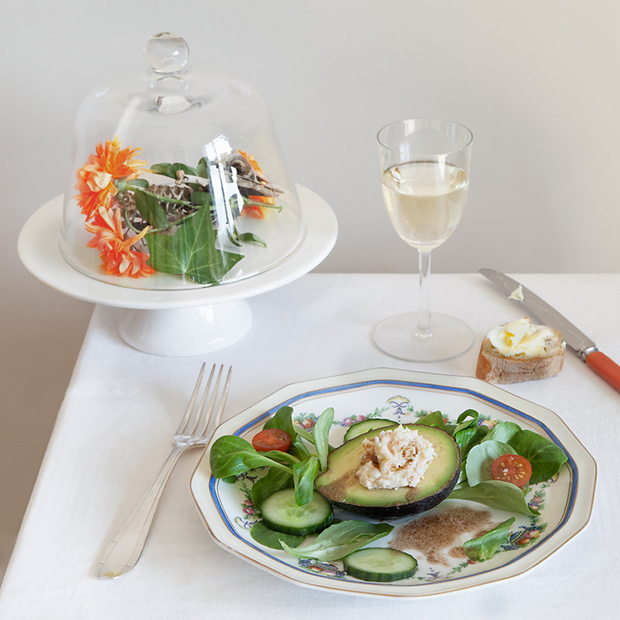 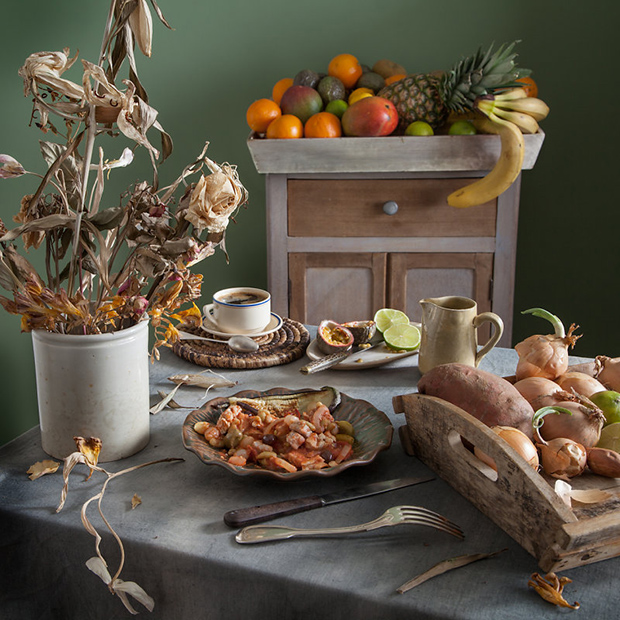 Love in the Time of Cholera (Gabriel Garcia Marquez) 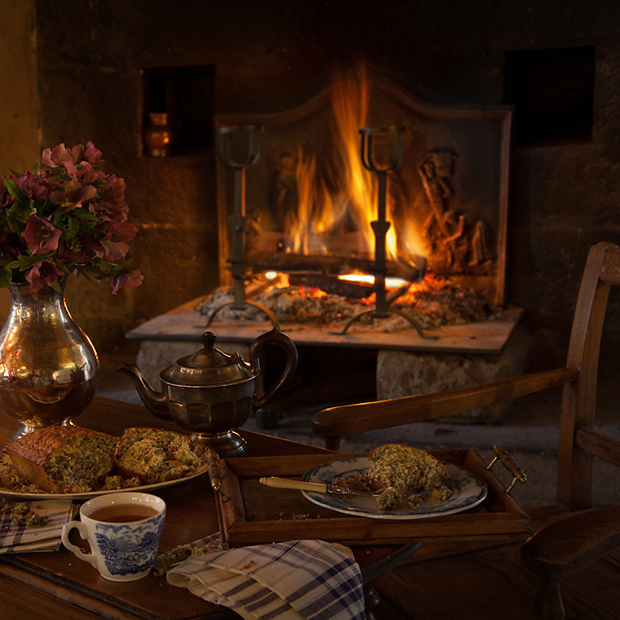 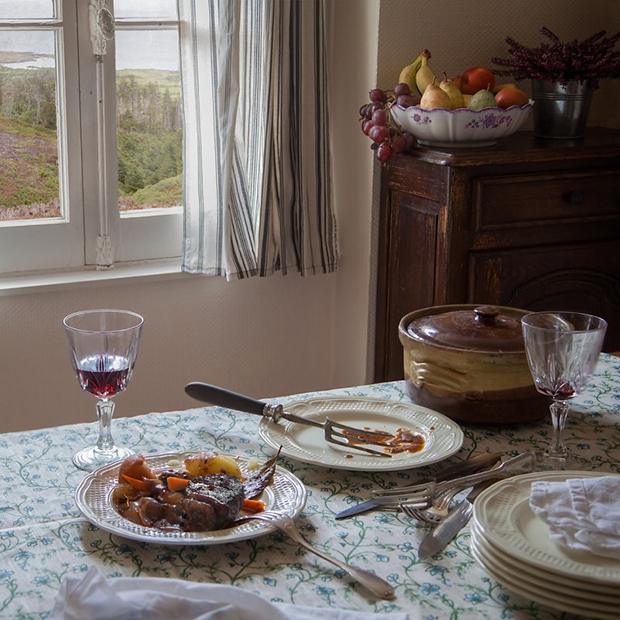 “To the Lighthouse” (Virginia Woolf) 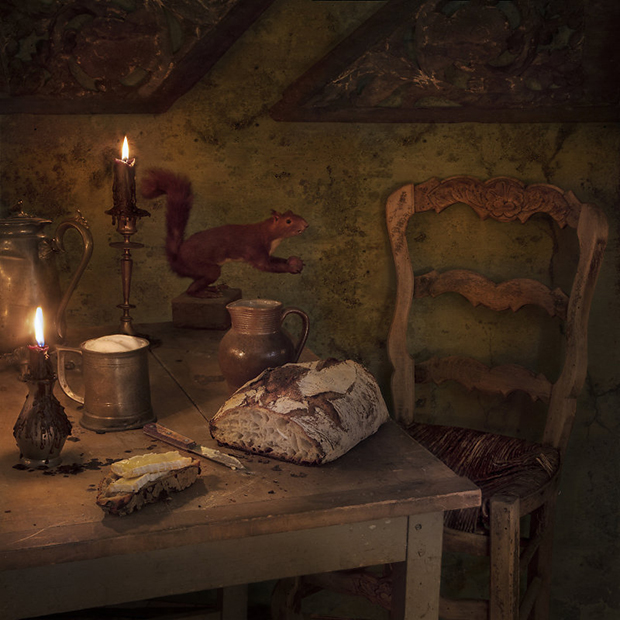 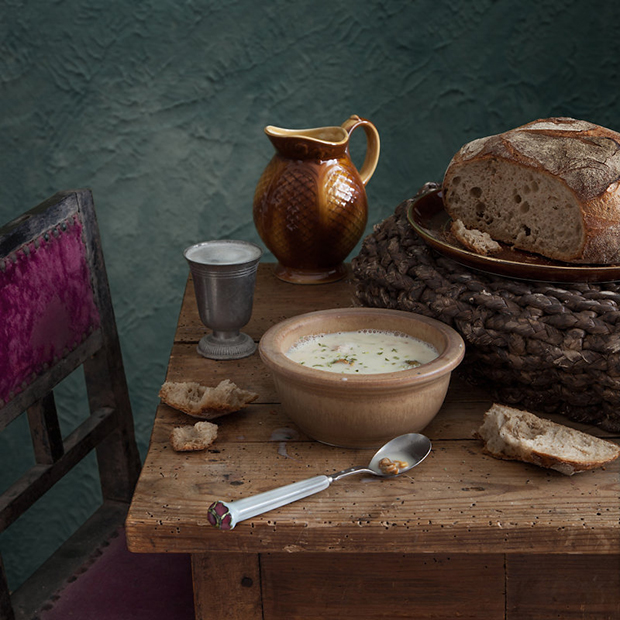 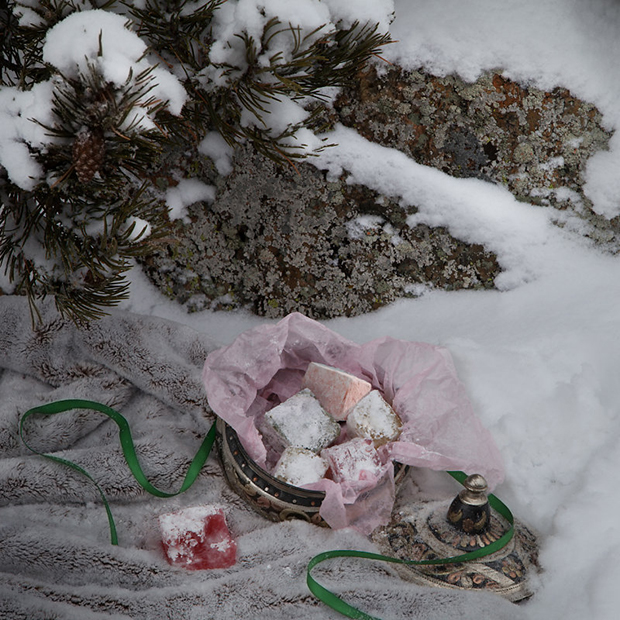 “The Chronicles of Narnia : The Lion, The Witch and the Wardrobe” (C.S. Lewis) 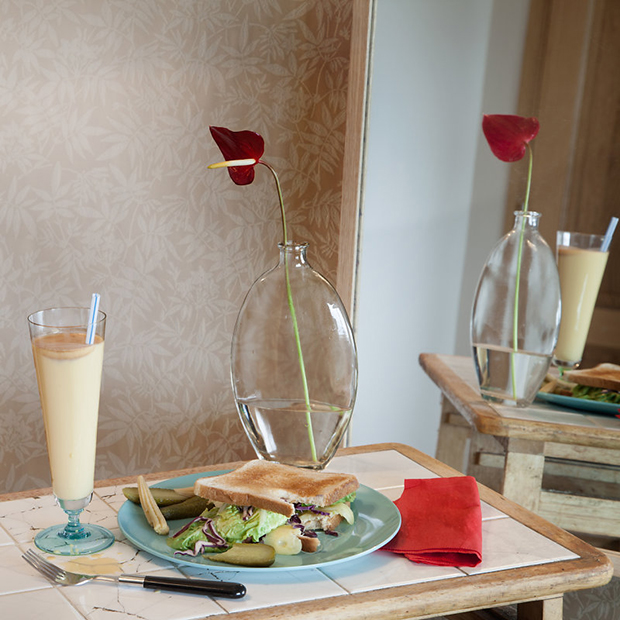 “The Catcher in the Rye” (J.D. Salinger) 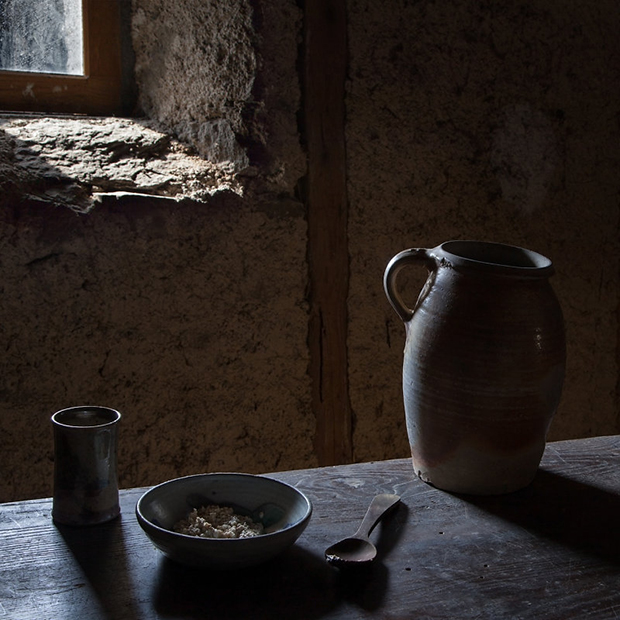 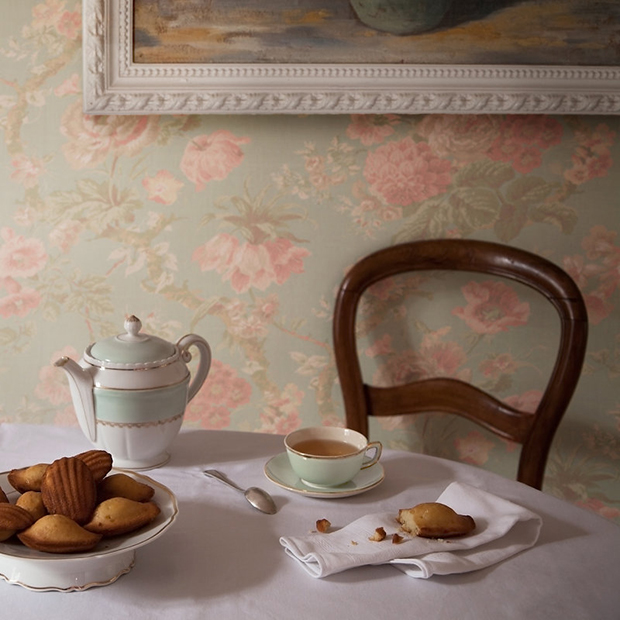 “Remembrance of Things Past” (Marcel Proust) 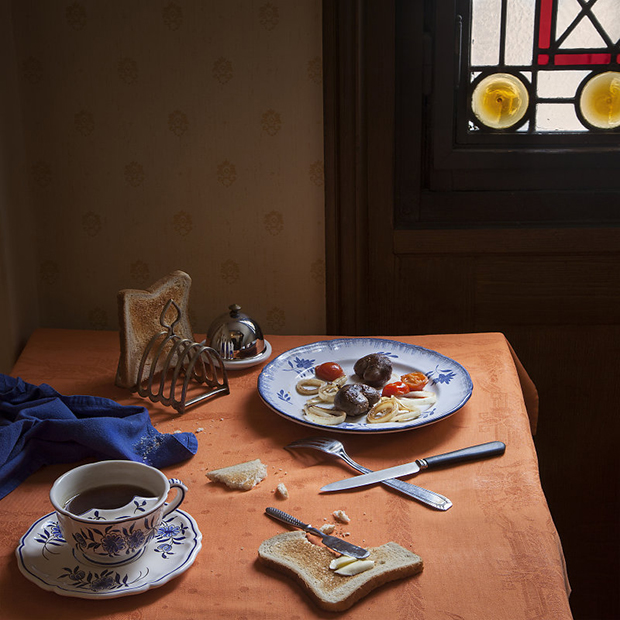 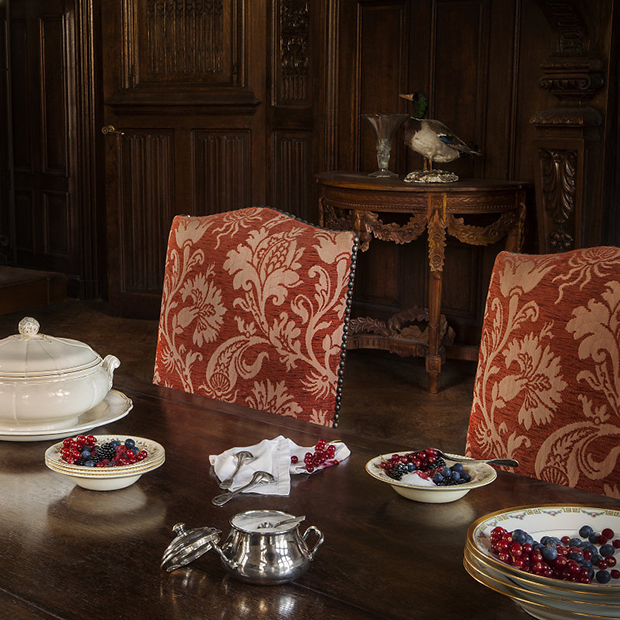 “We Have Always Lived in The Castle” (Shirley Jackson) 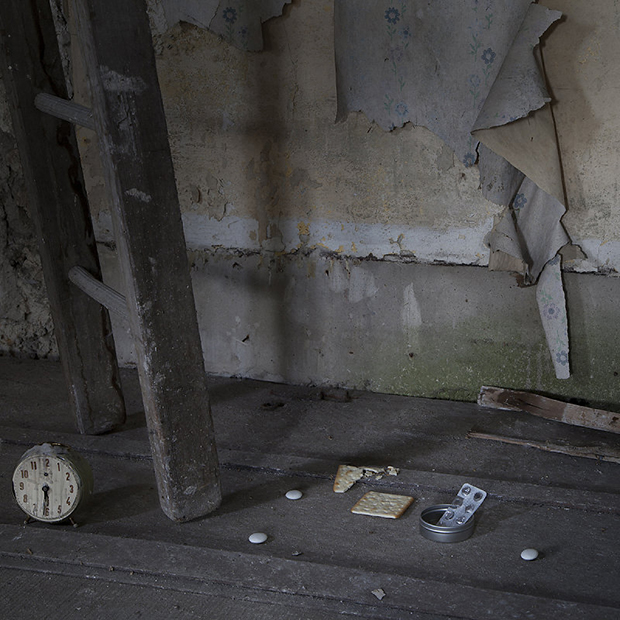