Portraits of Shelter Dogs Resembling Your Favorite Authors and Poets 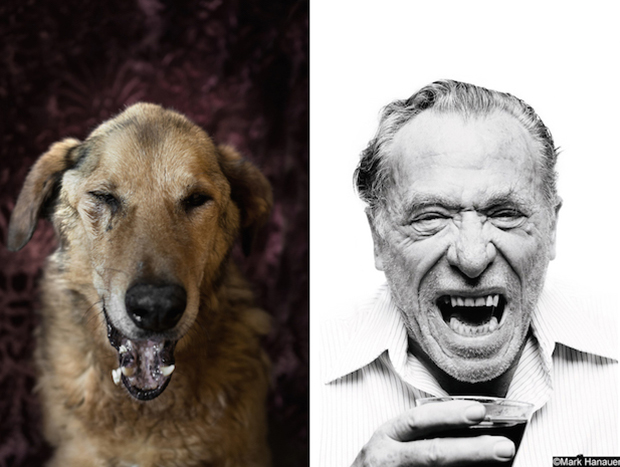 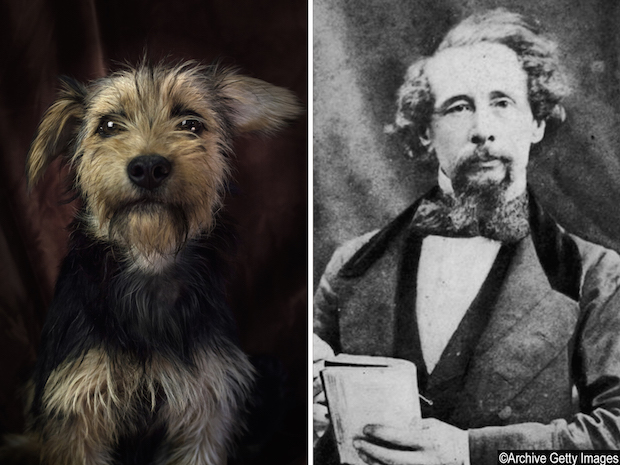 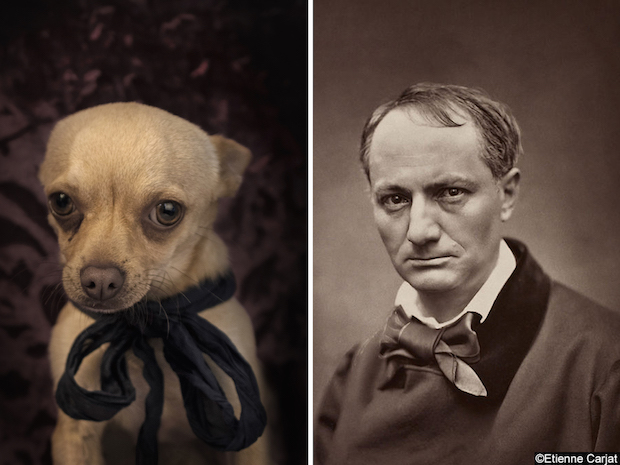 When Italian photographer Dan Bannino adopted his dog Rothko from a shelter last March, he was overcome by tears, both for himself and for his new best friend. Rothko’s unconditional love serves as the motivation for Poetic Dogs, in which Bannino couples homeless shelter dogs with his favorite authors and poets. In the adoptable animals, the artist discovers the empathy of Shakespeare, the wit of Joyce, the fortitude of Hemingway, and the soulfulness of Dickinson.

Rothko, like many of the dogs featured in Poetic Dogs, came from difficult circumstances, including hunger and illness, and yet his heart always remained open. He was discovered in a gypsy camp in southern Italy and taken to the Turin-based kennel where he would be introduced to Bannino weeks later. During Rothko’s first days at home, the photographer and his partner struggled to get him to eat, and he hid every morsel for fear of losing it, but gradually he learned to trust. Today, he is no longer afraid of people, loves performing tricks, and stands by his humans through thick and thin.

Worldwide, over 600 million animals like Rothko are in need of a home, and kennels around the globe are in need of medical supplies, food, and comfort items, especially during the frigid winter months. With Poetic Dogs, Bannino hopes to raise awareness and funds for the northern Italian shelter that housed Rothko and where he ultimately set up a small studio. The dogs, he explains, are untrained and can be quite fearful of their surroundings, so he spent hours prior to his shoots bonding with each and making sure he or she felt safe. He never used a startling flash, and he offered plenty of treats and toys.

Once the dogs started to calm down, the photographer easily made connections between their characters and those of history’s most prolific minds. Like each writer with his words, the animals were able to convey a depth of feeling through gestures and facial expressions. By the end of the shoot, he reports, the dogs were “having the time of their lives.”

To help dogs like these find a forever home, please consider donating to your local animal shelter or visit the Poetic Dogs IndieGoGo campaign, where all profits will go towards the book and towards providing care for the dogs. Says the artist, “I want to make sure that all our dogs get what they need before Christmas.” Follow the project on Facebook and Instagram. 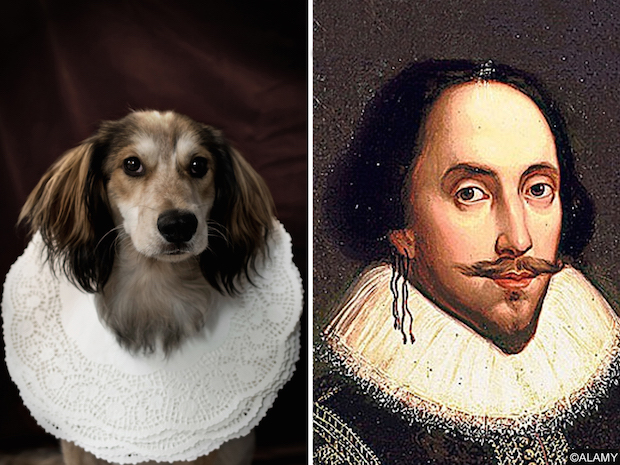 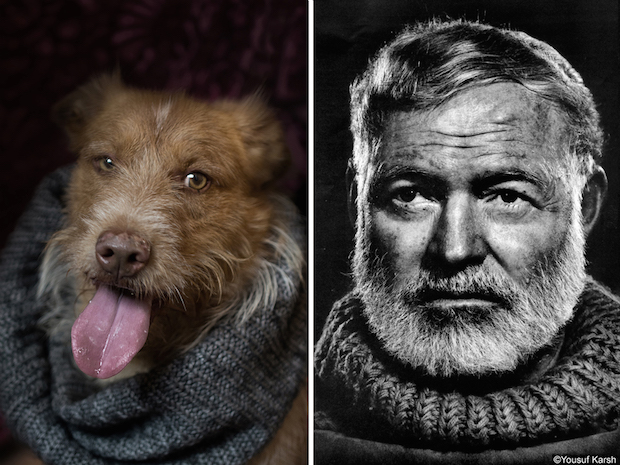 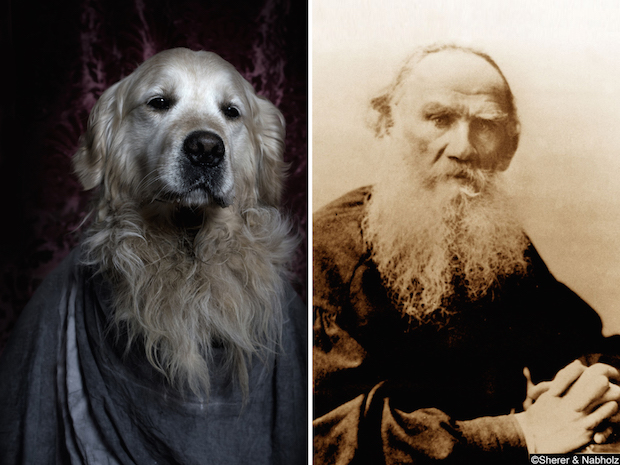 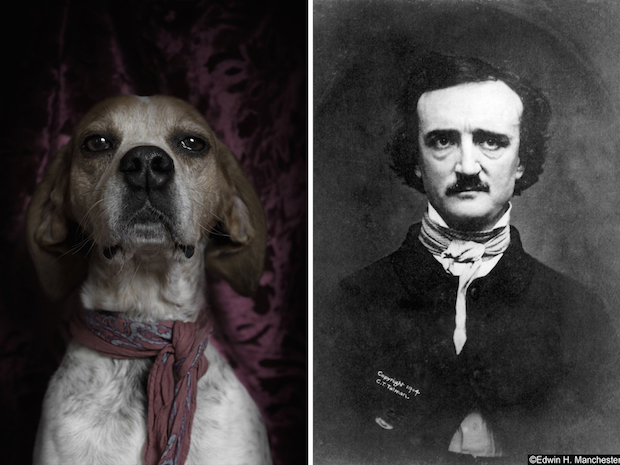 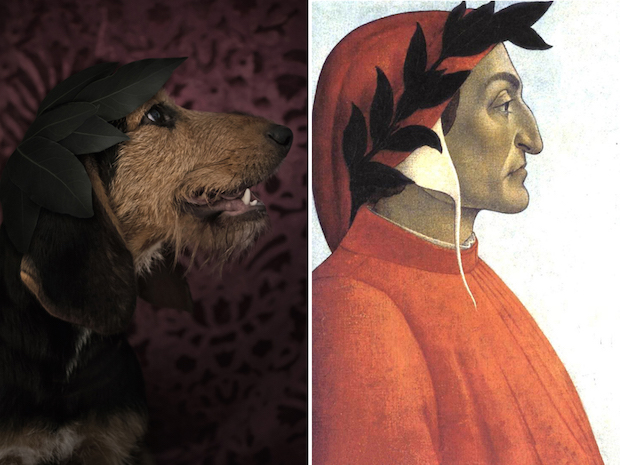 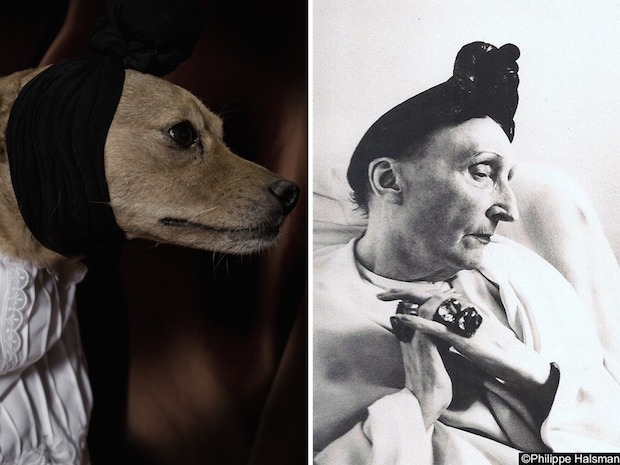 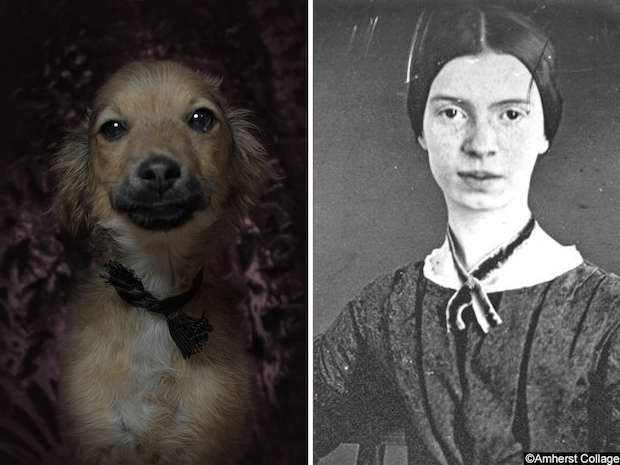 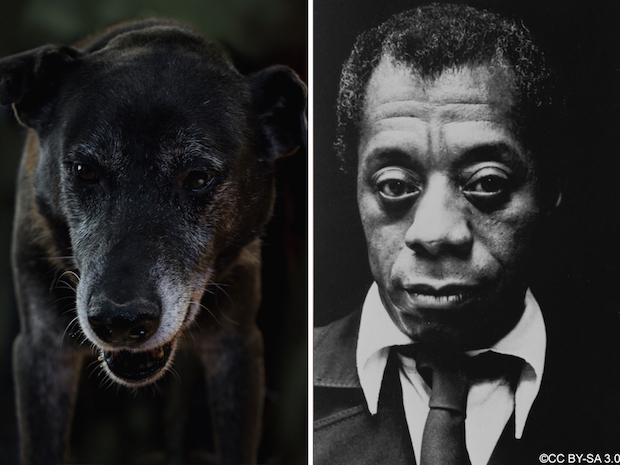 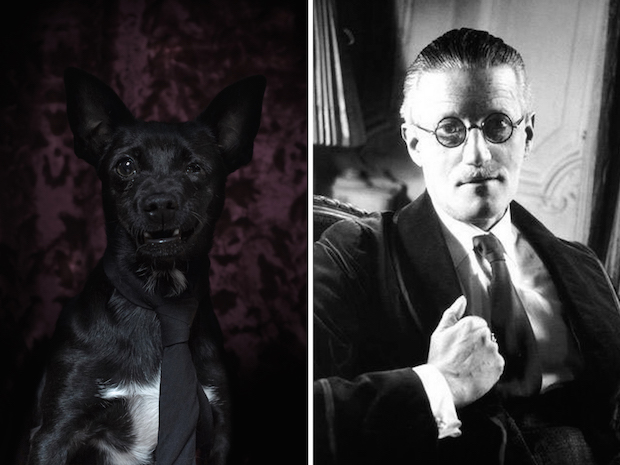 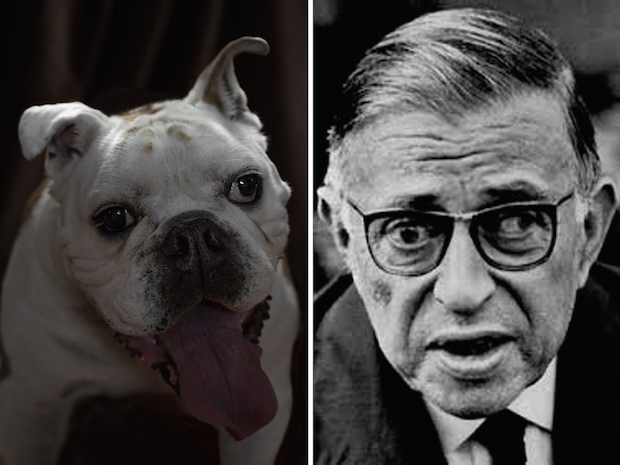 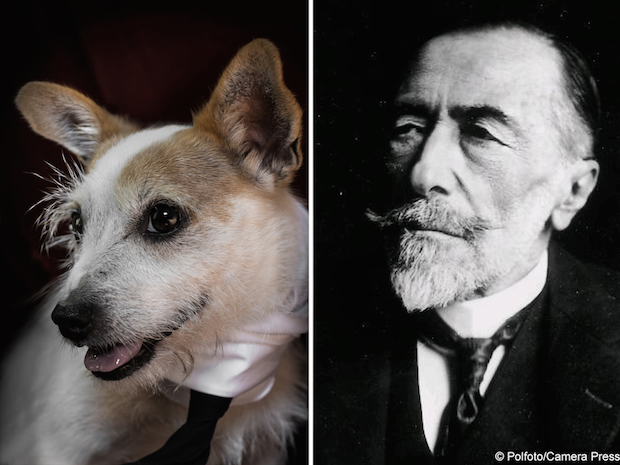 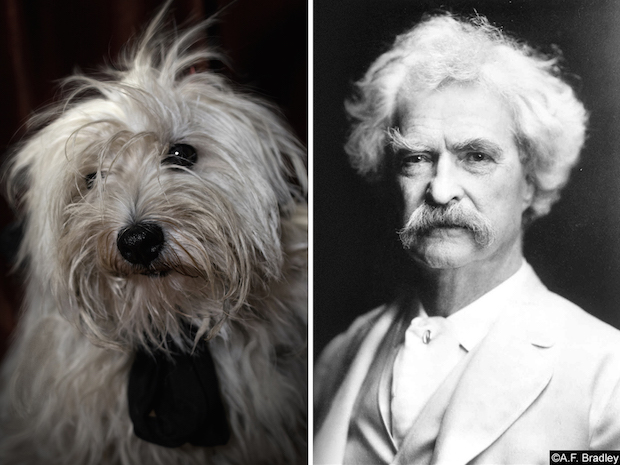 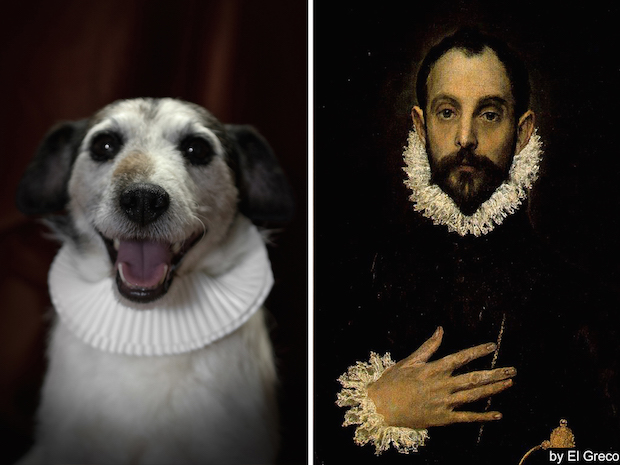 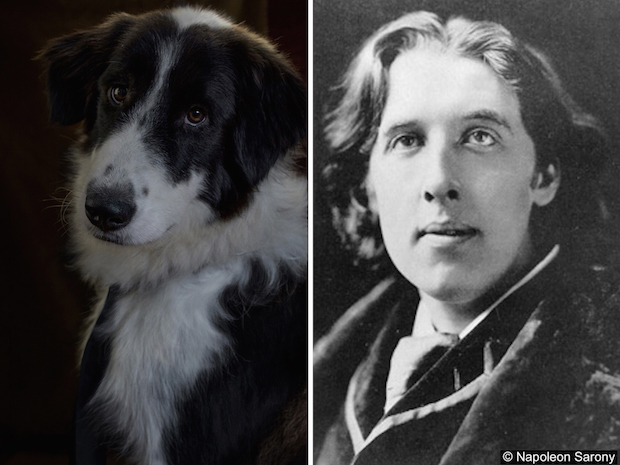 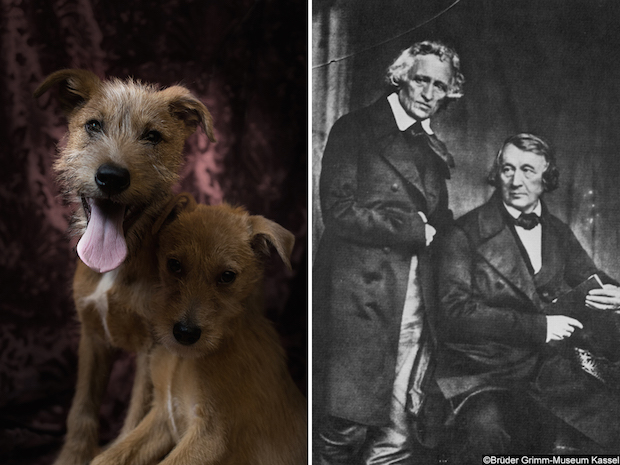 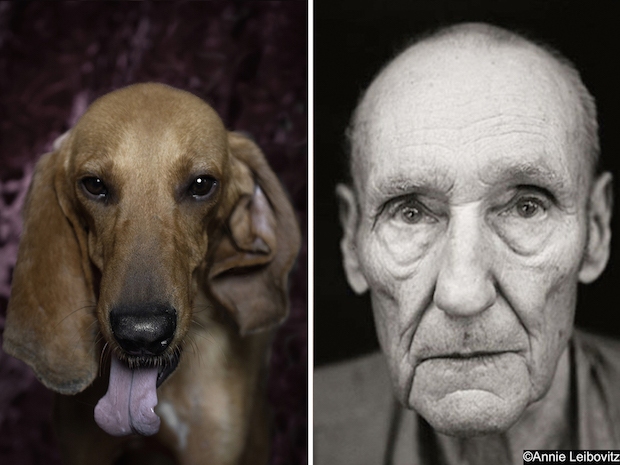