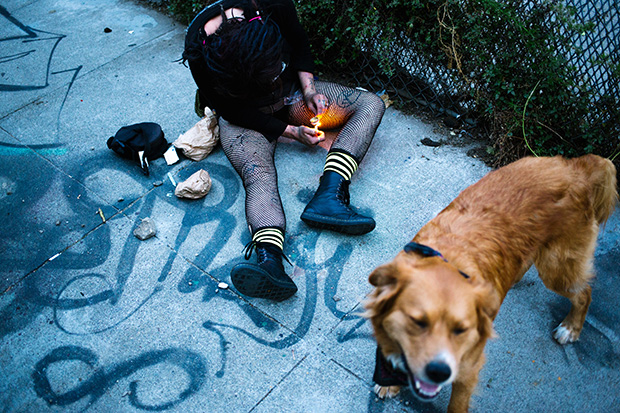 Saydee cooking heroin in the Tenderloin next to her dog, Udie 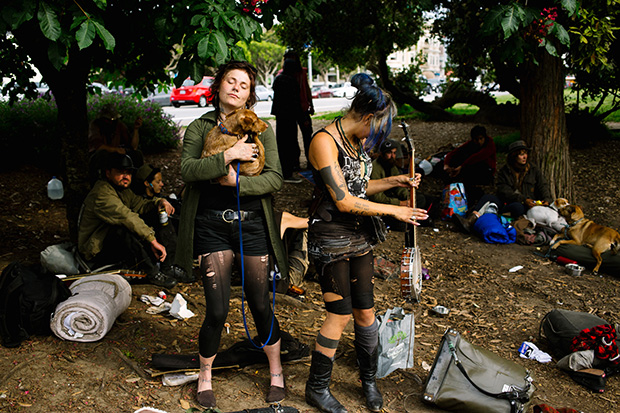 Saydee is 26 years old. She describes herself as a “free spirt,” and her best friend is her dog. She’s a traveler, a part of a subculture called the Dirty Kids, who move throughout he country by train, settling around San Francisco. Saydee is one of the group who allowed photographer Matt Mimiaga and journalists Lauren Smiley and Amy Standen into the fold, trusting them to tell their stories honestly.

The Dirty Kids, or Crusty Kids, as they sometimes identify themselves, are a close-knit group. Some of them ran away from home at an early age to escape the cycles of poverty or abuse, but others, like Saydee, chose “the life” because of the freedom it affords. They sleep wherever they can—in shelters, in the streets, in their cars—and are continuously on the move, dispersing throughout the country and reuniting once more in the Haight.

Indeed, the appeal of San Francisco lies in part in its history; this generation is following in the footsteps of the countercultural trailblazers of the 1960s. There’s a romance to leaving everything behind for the rush of the trains; as Saydee told California Sunday magazine, “It’s camping all the time.”

But it’s also frightening. These kids are vulnerable to predators and abuse, and the claws of drug addiction bear down hard in some cases. Every traveler is different, and it’s a mistake to generalize, but while the trains offer an escape from traditional adulthood, they can also force young people to grow up quickly.

In San Francisco, tensions have run high between the train-hopping youth and the surrounding community. Law enforcement has cracked down on sleeping and loitering in the streets, and the city is changing its attitude towards the community.

Still, as Smiley reports, there are adults who believe in these kids. One of them is Christian Calinsky, who used to identify himself as a Dirty Kid. He’s set up a program for youngsters in need of food and shelter; by helping to clean the city, they are given a room in a local hotel, where they are allowed to bring their loved ones—pets and partners included. Since the initiative began, over 60 of the participating young people have gone on to find more permanent housing situations.

Like all good journalists, Mimiaga, Smiley, and Standen avoid making any conclusions about the lives of the Dirty Kids. For some, living on the streets is a painful necessity; for others, it’s an irresistible rush. For most, it’s somewhere in between. “We’re all rejects. Every single one of us,” Saydee tells Standen. All they ask is that we empathize with Saydee and her friends. Compassion and understanding goes a long way.

California Sunday is one of the 70-plus media outlets participating in an initiative to bring homelessness in San Francisco to the forefront of the national conversation, focusing for their part on young people. Recent estimates suggest about 20% of people experiencing homelessness are under the age of 25, and the federal government has put in place a plan to end youth and family homelessness in the next four years. Please check out ‘Young and Homeless’ by California Sunday, part of the San Francisco Homeless Project, for more information. 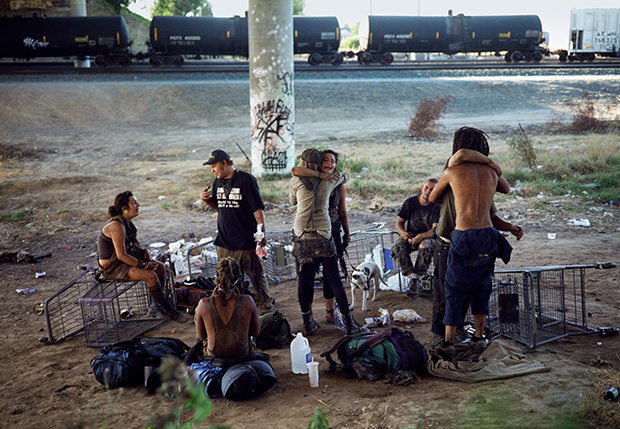 Saydee and Lil Frankie greeting friends while drinking at a rail yard in Roseville, California, 2011 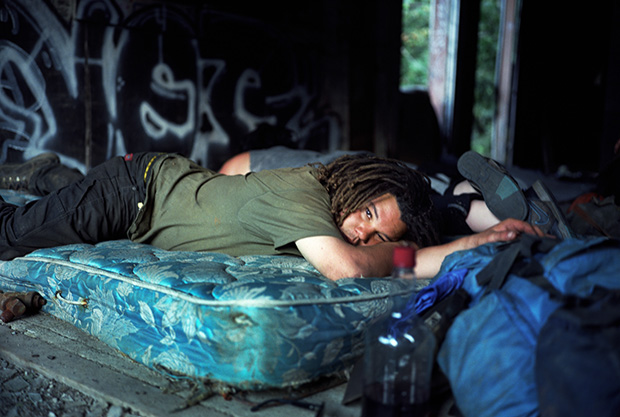 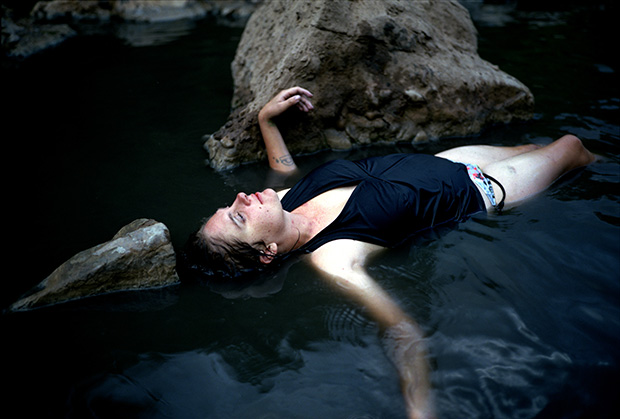