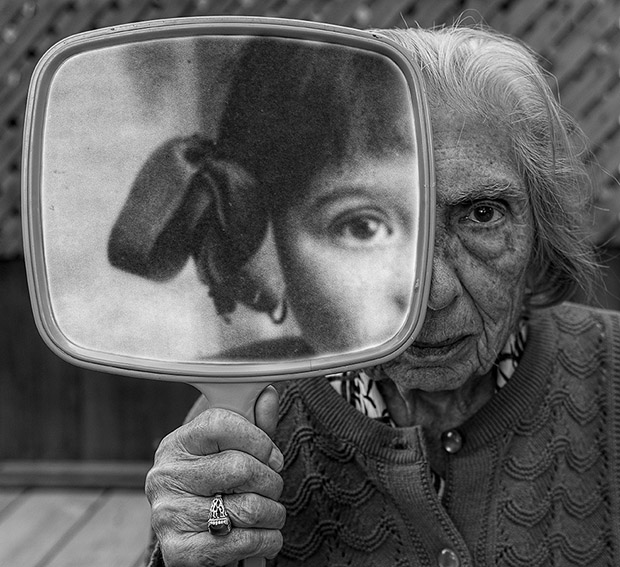 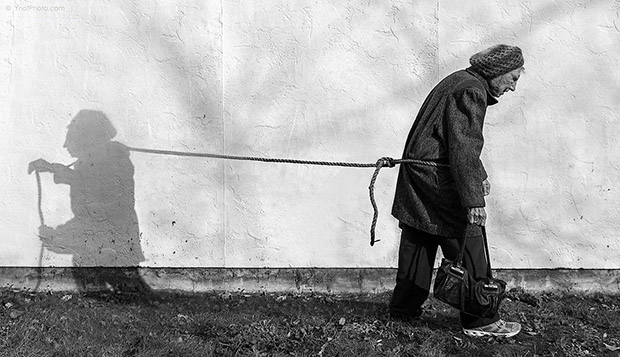 In 2014, Canadian Italian artist Tony Luciani’s mother, then ninety-one years old, was no longer able to look after herself. As a painter working from his home studio, he felt it was best she stayed with him. “Mom doesn’t cook or clean anymore, so I’m the full-time caregiver” explains Tony, who began to include his mother in his art in order to help her feel more “productive”. With time, her role in the mother and son collaboration was a rejuvenating experience, “I noticed how alive she felt by participating; her youthfulness and eccentricity started to show through”.

We live our lives, work on our craft and find ourselves; at some point there is all too often a cut off point where we are deemed “too old” to learn anything, so instead give in to the gradual deterioration of our mind and body. The moments of youthful eccentricity captured in Tony’s photographs serve as a stark contrast to the stereotypical image of ageing as a gradual deterioration, and in turn allow the viewer to reevaluate the preconceived notion of retirement.

Tony’s father had arrived in Canada as a migrant worker from Italy in 1952 to work in the coal mines of Alberta. In 1955 he moved to Toronto, Ontario, where he was joined by Tony’s mother and two brothers who had also made the voyage from Europe. Tony was born in Toronto the following year.

At the age of 22 Tony gained representation from Toronto art gallery following his studies in fine art. As a painter, for years Tony had utilized his photographs as painting references, collecting visual references so as not to forget them. These would usually be discarded once the paintings were completed. Tony elaborates: “it wasn’t until I purchased a good DSLR camera in 2013 that I realized I could do photography as a complementary expression of my discipline. All my training and experience made the transition from one medium to the other intrinsically natural for me”.

Fast-forward by one year, and Tony’s ninety-one year old mother was no longer able to look after herself. She had suffered a fall and broke her hip the year Tony had bought his first camera, this occurred around the same time that her dementia began to set in. Unable to look after herself, she moved in with her son. How best to rekindle her inner spark and make her feel her presence in his flat was meaningful? Tony showed his mom sketches and encouraged her to engage in make-believe by acting out what she saw; eventually she was comfortable enough in front of the camera to pose without any prompting. Tony elaborates: “The subsequent sessions began to get more complex as my ideas developed. Her recollections and her feelings became a beautiful story to tell”. Photography was the medium that sealed this new connection between Tony and his mother and brought everything together.

Aside from his objective to rekindle his mother’s inner spark, through The Strange Ones Tony wanted to document the story of one person’s experience of coming to term with ageing, memory loss, and physical decline. At ninety-three years old, his mother still has the energy to live a happy existence; the collaboration between the pair provided Tony a new sense of meaning in his own life too. Tony explains: “The more I reflect on Mom’s story by posting these photographs on social media, the more people who see the pictures express a profound association by relaying their own experiences with age and dementia. These images have struck a chord with many individuals. Life is not about waiting to die. It’s about wanting to live”. 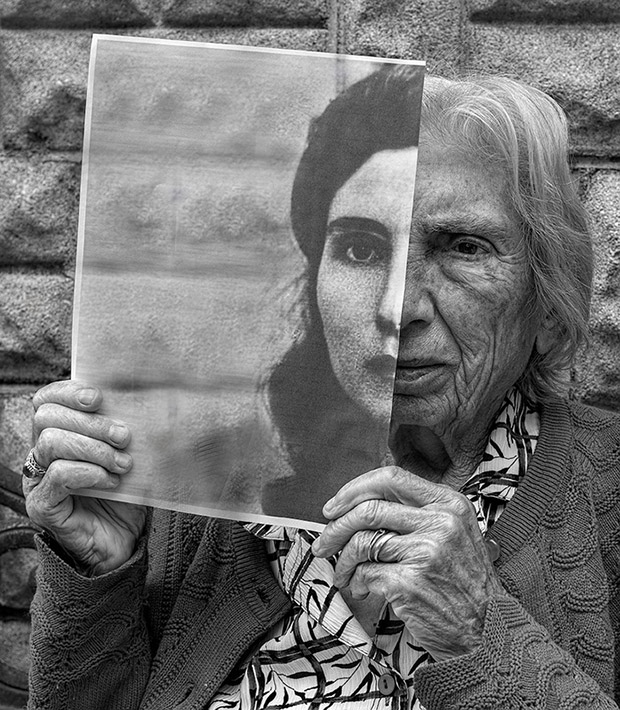 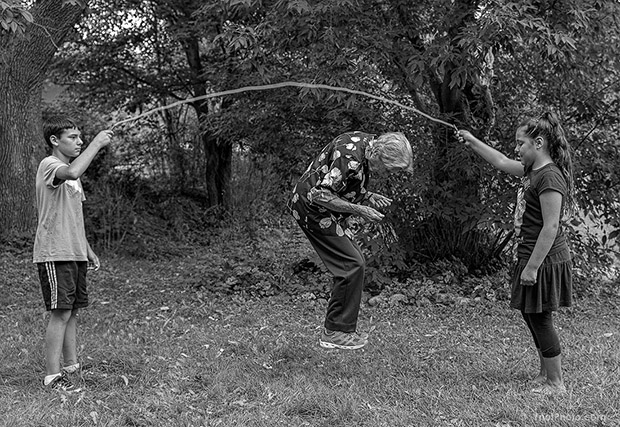 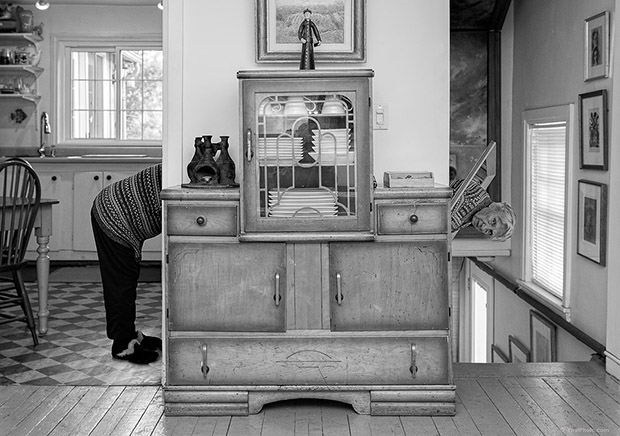 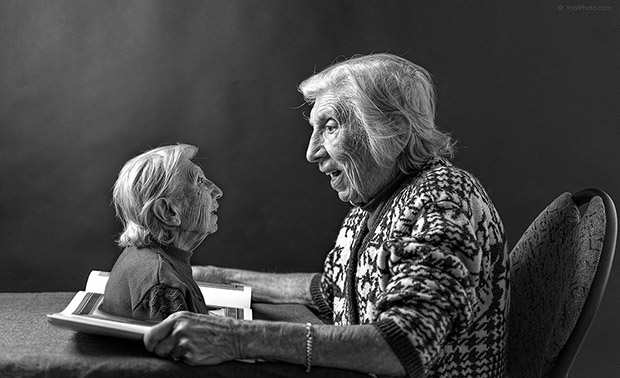 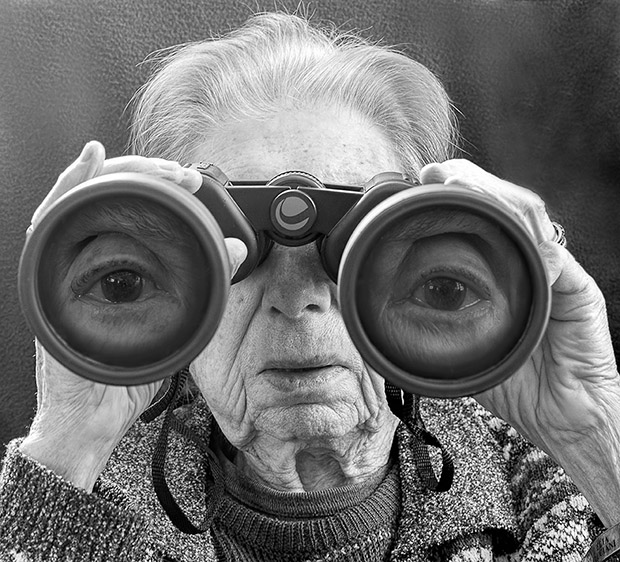 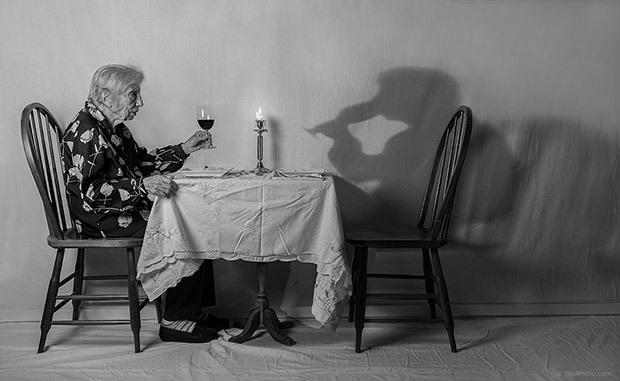 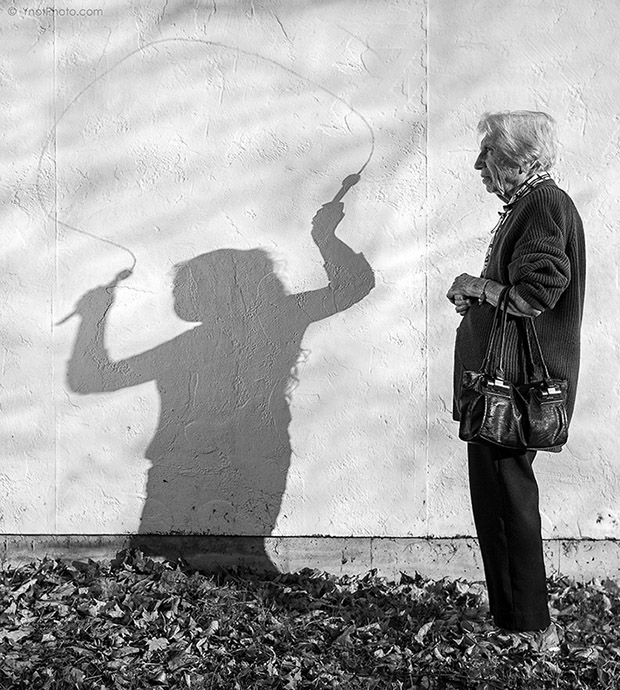