Powerful Photographs of People with Albinism in the Congo 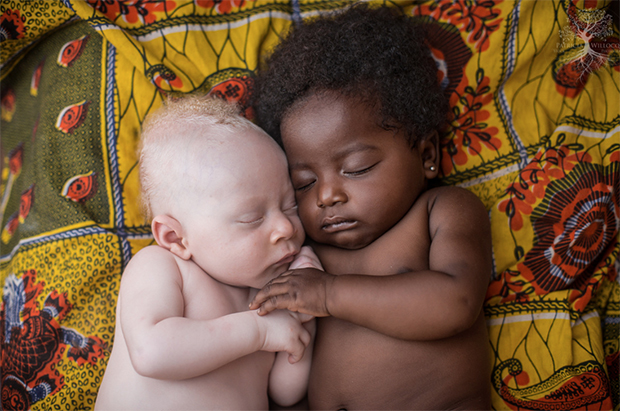 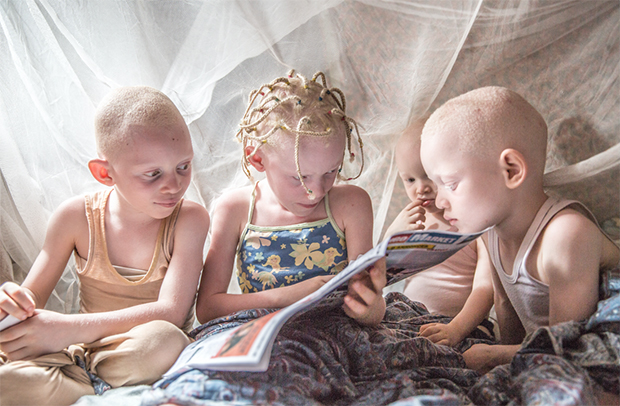 Growing up in the Congo, photographer Patricia Willocq remembers being fascinated by this condition from a young age. Years spent away from her home country fortified this curiosity, and ignited in her a desire to document people with albinism through the photo documentary project entitled Black Ebony; her principal objective was to promote an understanding of and tolerance towards this minority group, both in the Congo and the rest of Africa. As a consequence of their condition and symptomatic pale skin, many people with albinism are isolated from their communities, particularly when other family members have dark skin.

Albinism is a rare genetically inherited condition, affecting only 1 in every 20,000 people in Europe and North America; it isn’t discriminate with regards to ethnicity or gender and its sufferers can be found all around the globe. Those with albinism lack pigment in the hair, skin and eyes, and are inevitably vulnerable to light exposure; almost all people with albinism are classified as “legally blind”. Patricia emphasises that the term “people with albinism” is generally preferred to “albino”, as it puts the person before the condition. Aside from the associated health issues, there is also a stigma surrounding albinism, which is sometimes misunderstood in various parts of the world.

Patricia elaborates: “Being a person with albinism in many parts of Africa is not the best gift life could grant you. Although I would say that the Ndundus (albino in Lingala) in the Congo are much better off than their Tanzanian and Burundian counterparts who are killed and mutilated by witch-doctors and discriminated against by society as a whole”.

Tanzania has a very poor press record with regards to the treatment of people with albinism, cases of albinism-targeted cannibalism and butchery for “medicinal” purposes are all too common in the media. In a 2008 report from The Guardian we are reminded of the real daily struggle of people with the condition, who constantly live in fear of witch-doctor butchery.

While Patricia emphasizes that progressive attitudes are gradually improving the situation for people with the condition in the Congo, there is still a desperate need for amelioration. Ignorance due to low literacy levels feeds superstition, and this is often at the root of the problem in regions where people with albinism are targeted. In a country where most people have dark skin, having pale skin makes going unnoticed an impossible feat, and a scary one if we are to reflect on recent news stories.

Black Ebony is the photographer’s bold attempt to humanize the people she met in her home country who have albinism. It is hard not to resonate with the tender images of babies, young people undergoing the highs and lows of adolescents and well-integrated individuals surrounded by friends and family, whose color has little influence on the love their closest feel for them. UNICEF picked up on the humanistic intentions of this series and awarded it a Photo of the Year prize back in 2013. 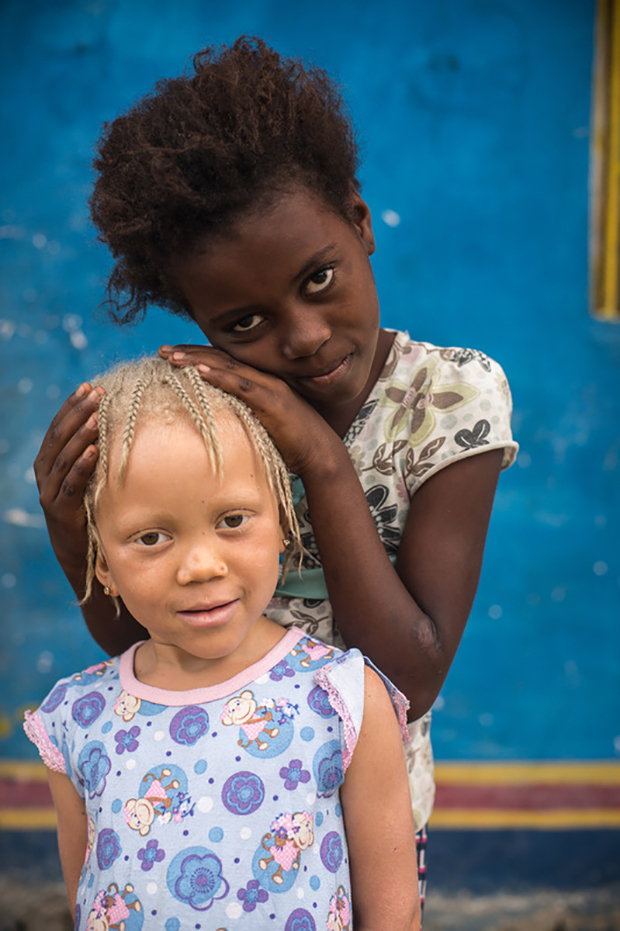 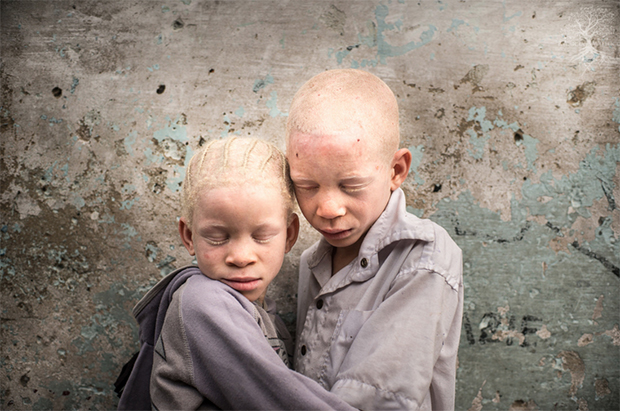 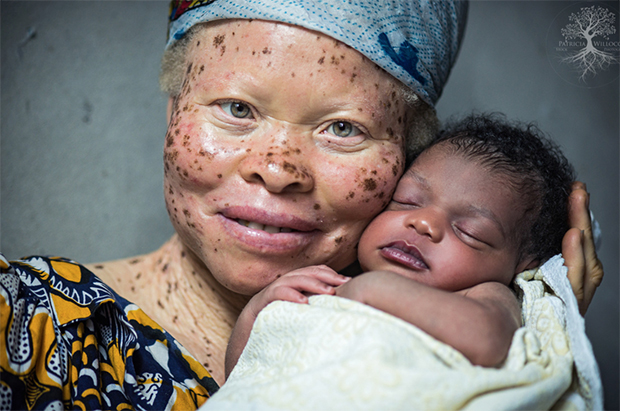 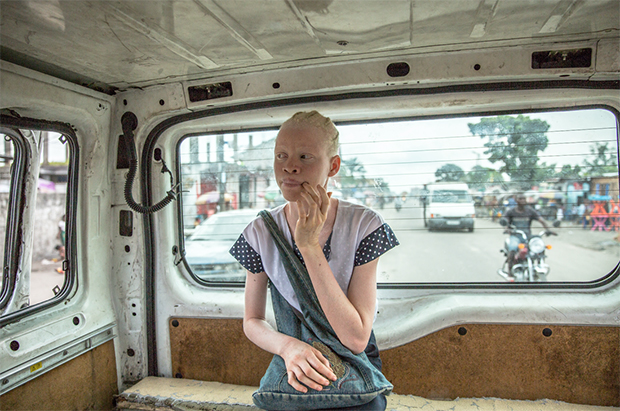 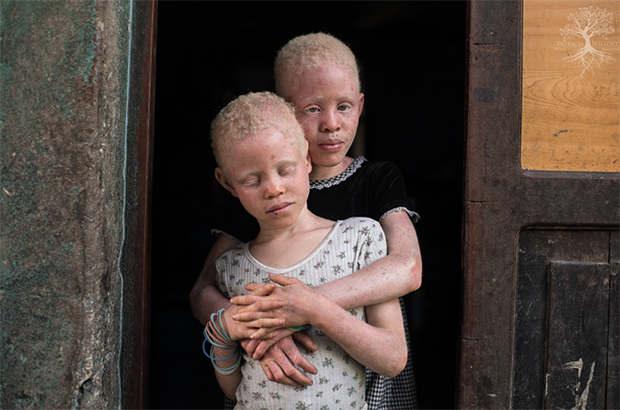 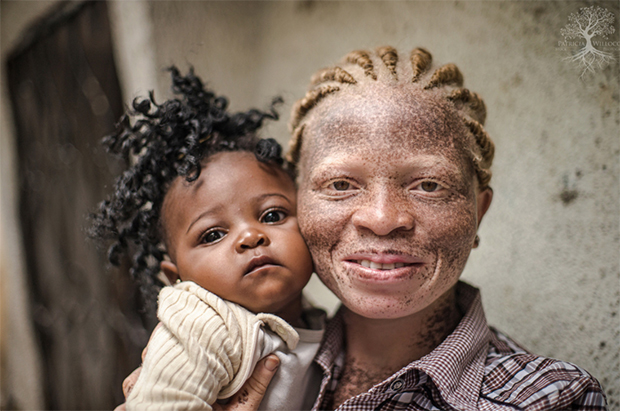 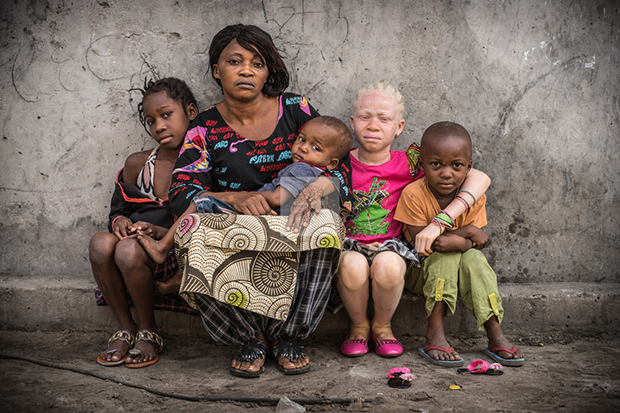