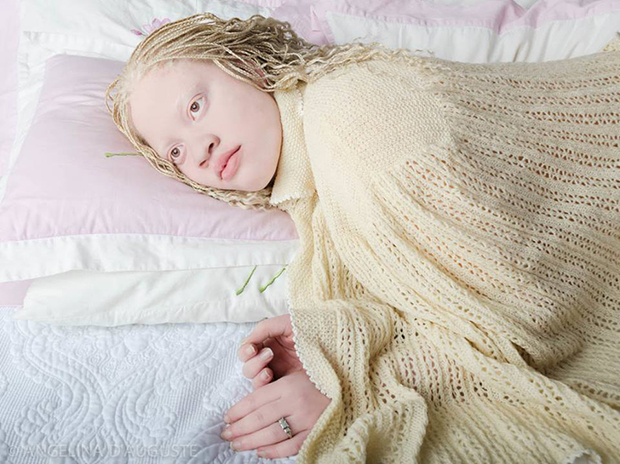 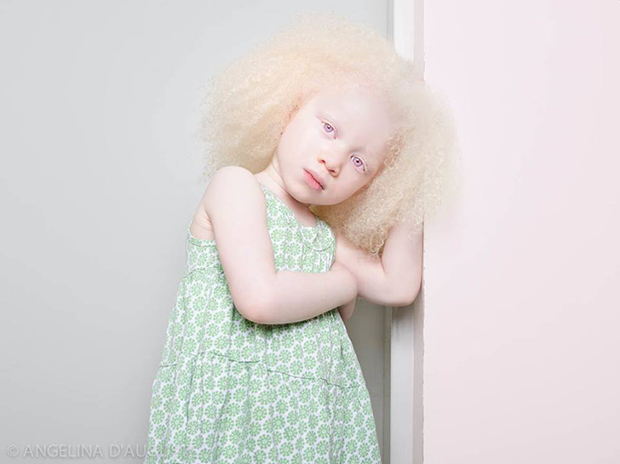 When New York-based artist Angelina d’Auguste first suggested to the protagonists of her series Albinos, she found that some were cautious of her camera. Photographers had made pictures of people with their condition, and in the past, and historically, they had been cast as curiosities and outcasts rather than as individuals with their own private sorrows, joys, and passions. She promised them this time would be different.

The project began as a thesis project for her studies at the Fashion Institute of Technology, and for d’Auguste, aesthetic and social statements are deeply intertwined. She located her subjects through word of mouth and gained the confidence of her heroes and heroines patiently over time, listening as they recounted stories from their childhoods and present lives.

Because of the decrease production of melanin, or pigment, in the eyes and flesh, people with albinism are more vulnerable to light. Some contend with sight difficulties, and in a world wherein homogeny is valued over dissimilarity, other people were not always kind.

Along the way, d’Auguste heard not only of schoolyard taunts but also of the horrific violence and abuse directed at albino people around the world, and to this day, she is still involved in advocacy work. It was important to her also that she represented as many races as possible in the series.

The portraits in Albinos don’t quite fall into either the “staged” or “candid” category. She did help dress and direct her subjects, but in the end, she kept herself open to the small nuances that emerge only when two people are at ease with one another.

Her color palette and antique touches are meant in part to imbue the scenes with a soft, nostalgic haze, casting each figure adrift on the shores of time. 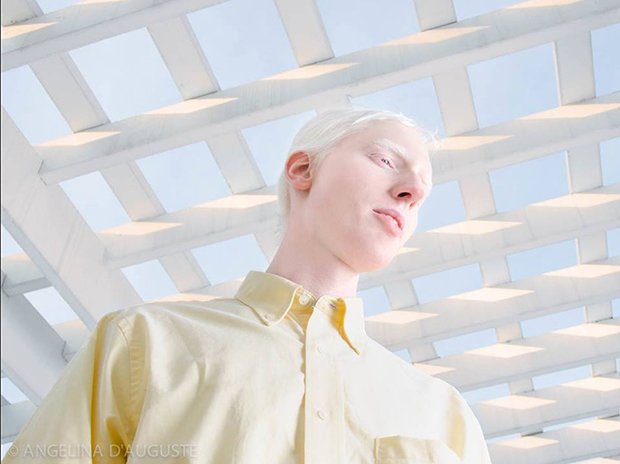 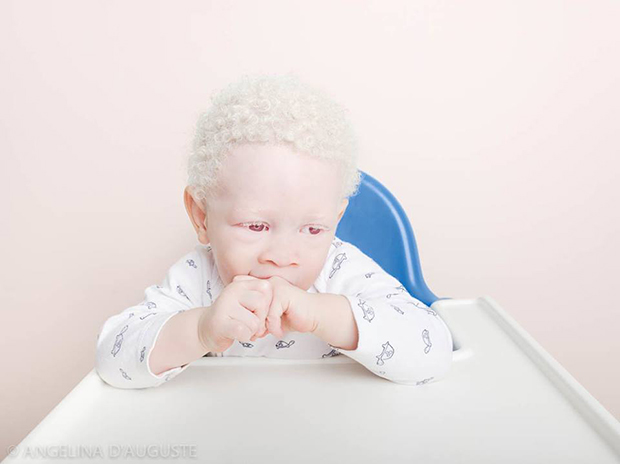 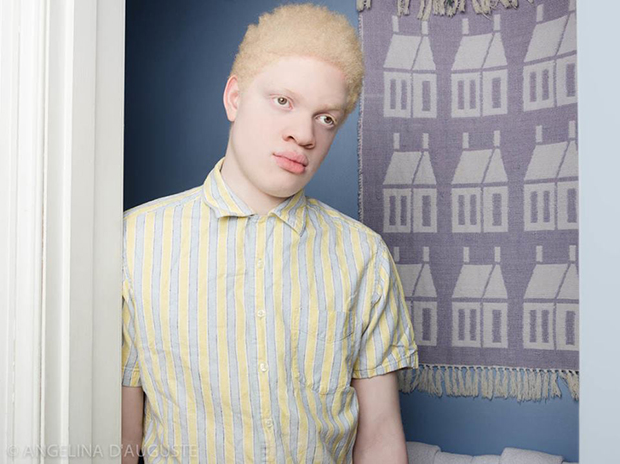 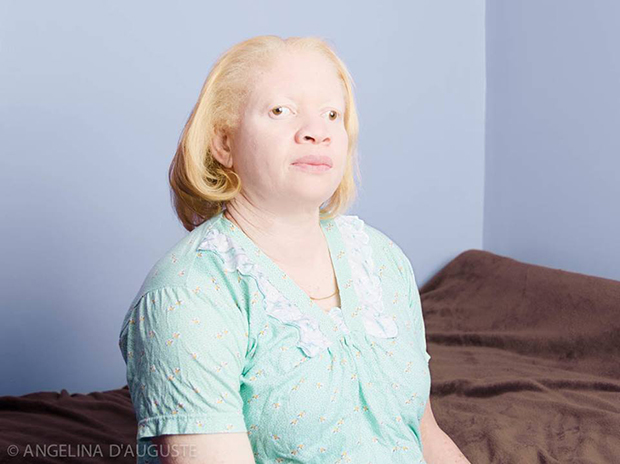 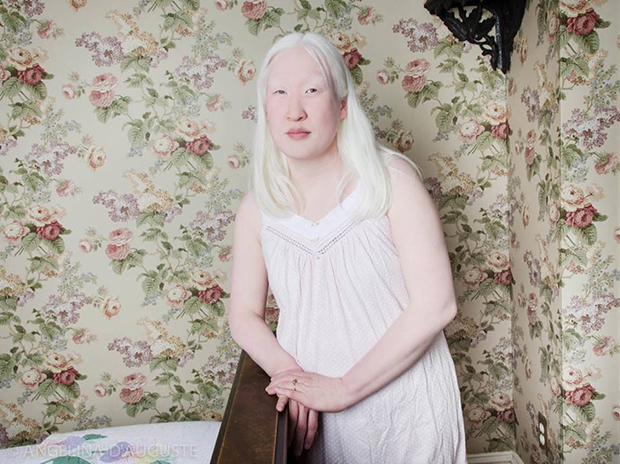 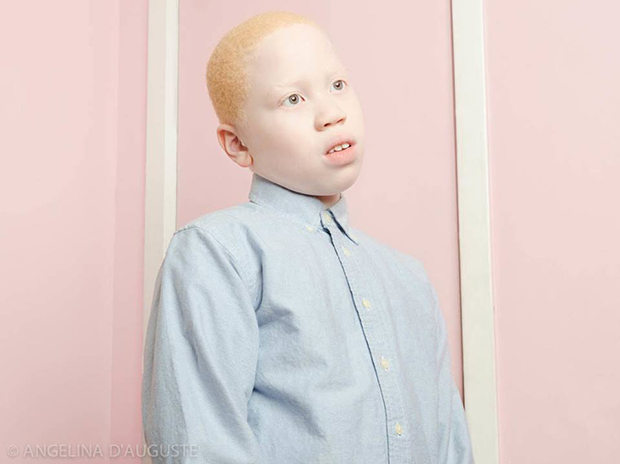 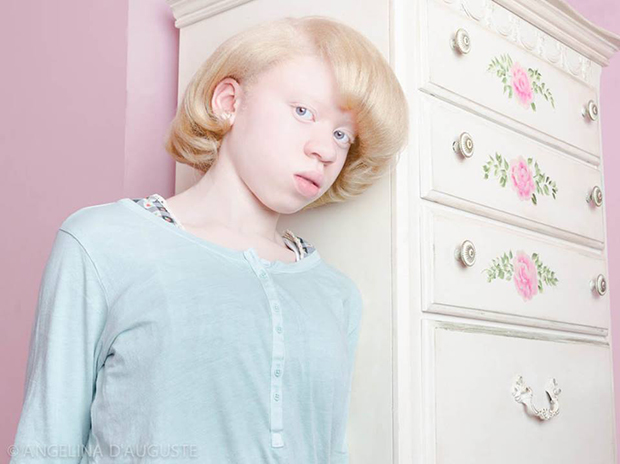 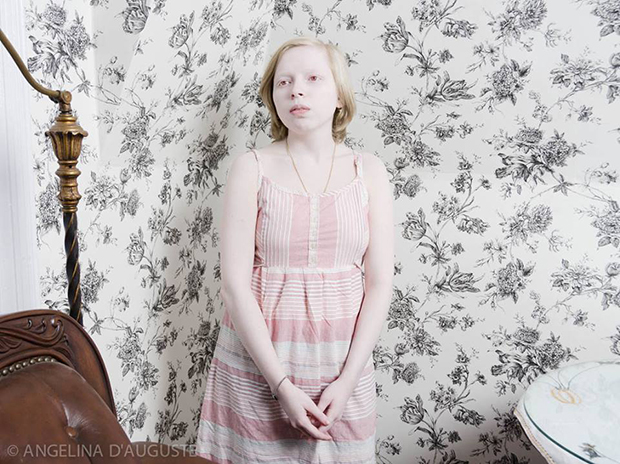