Confessions of a 4-Year-Old Astronaut 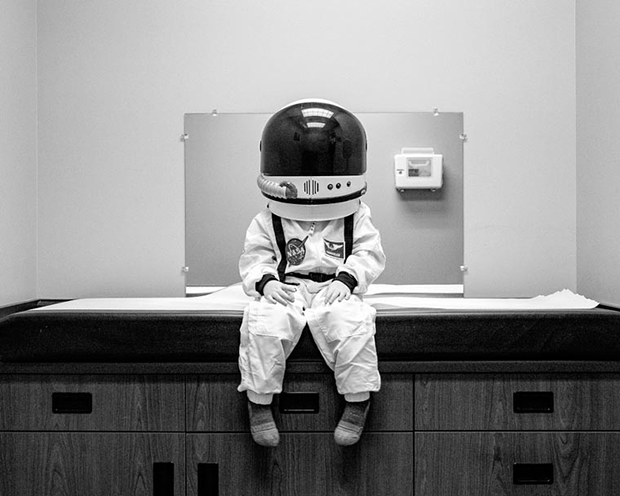 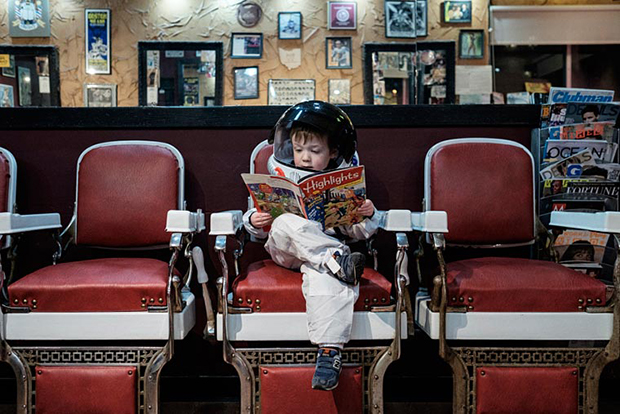 Harrison is an astronaut, but there are two things about him that make him a bit different from his space-traveling colleagues. Firstly, Harrison isn’t exploring the outer reaches of the cosmos but investigating the strange rituals of planet Earth, and secondly, Harrison is four years old.

Harrison’s dad, Ohio-based photographer Aaron Sheldon, first discovered his son’s inner astronaut during a trip to the doctor’s office. The one thing, explains the artist, that convinced the four-year-old to climb atop the scary exam table was confiding in him that space-travelers do it all the time: “They have to go to the doctor’s office A LOT!”

Harrison’s courage in confronting the challenges of his young life—which in addition to exam tables include “hand-dryers and hair clippers”—led to a revelation for the elder Sheldon. To a child, every encounter with the outside world promises the possibility of wonderment, fortitude, and heroism.

Small Steps Are Giant Leaps is the photographer’s tribute to the fearlessness of youngsters and a suggestion to adults who may have forgotten the excitement of ordinary life somewhere along the way. Harrison has been an ideal collaborator, assuming the role of the petite moonwalker wherever he and his dad travel throughout the day.

In order to expand the project into a book and exhibition series, Sheldon has launched a Kickstarter campaign to help with funding and is offering some pretty far-out rewards, including a personal photo shoot.

As for Harrison, he plans on traveling to Mars when he’s done here on Earth. “He wants to take his mom with him,” confesses the artist, “I can’t go because I am too old to be an astronaut (so he says),” but perhaps little Harrison will change his mind once the book comes out. 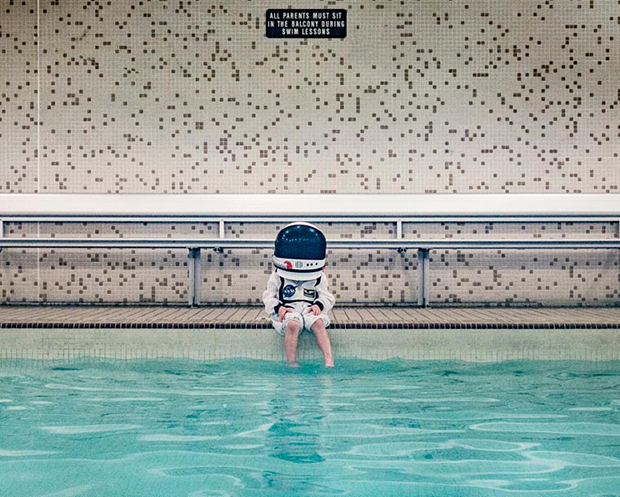 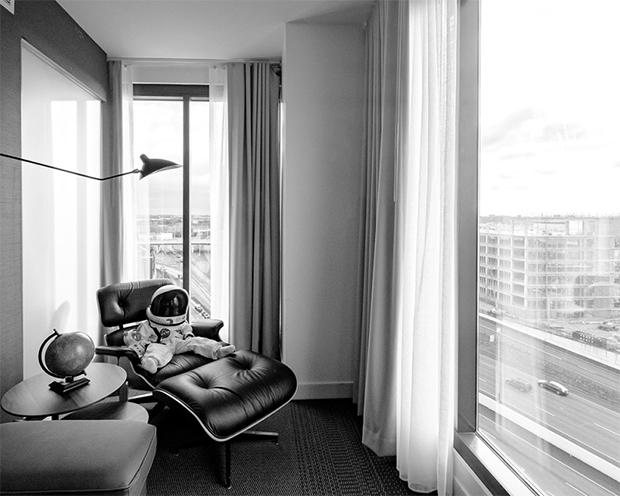 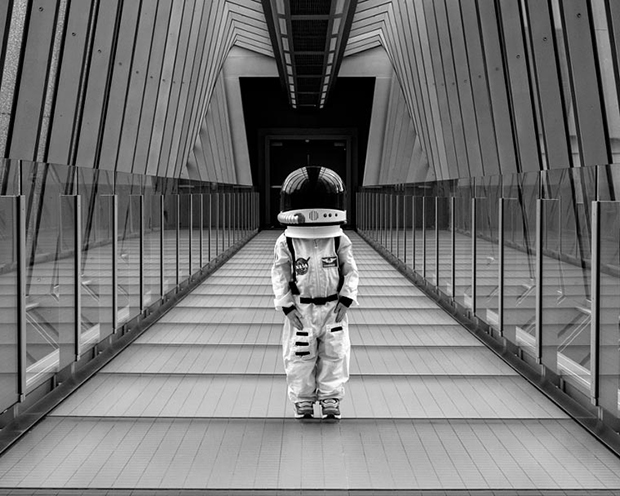 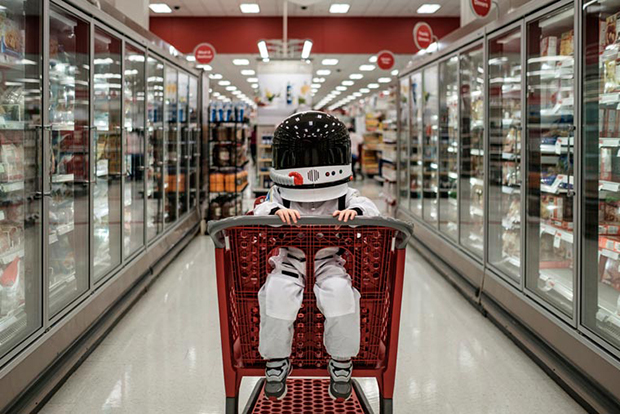 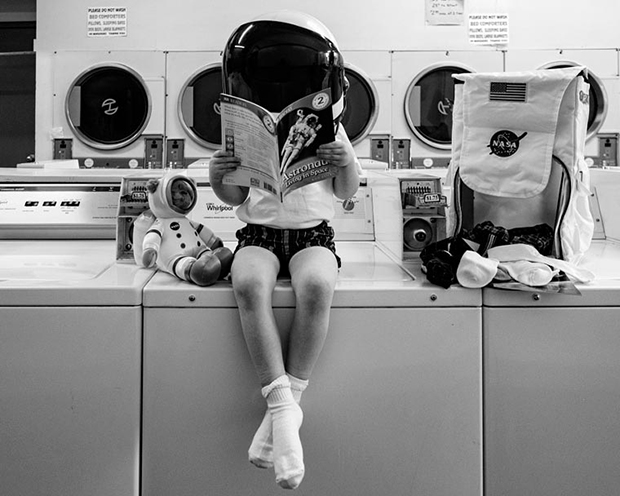 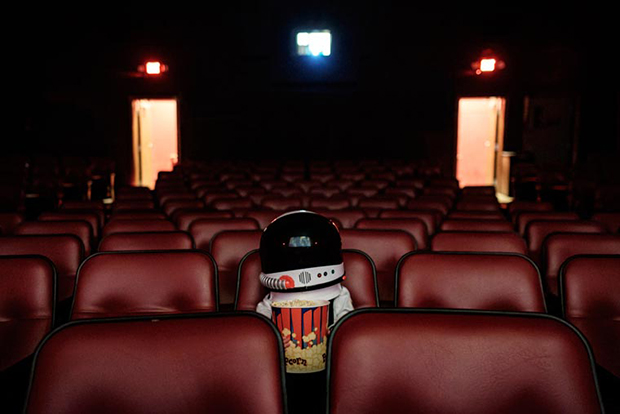 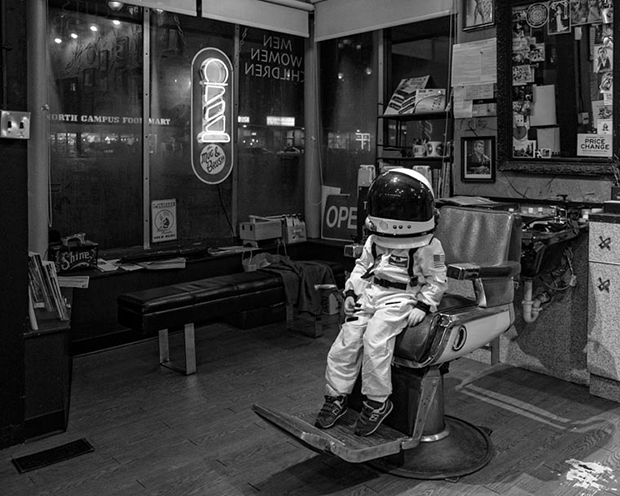 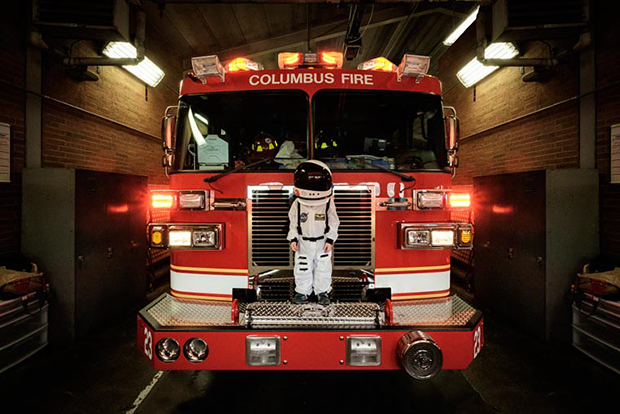 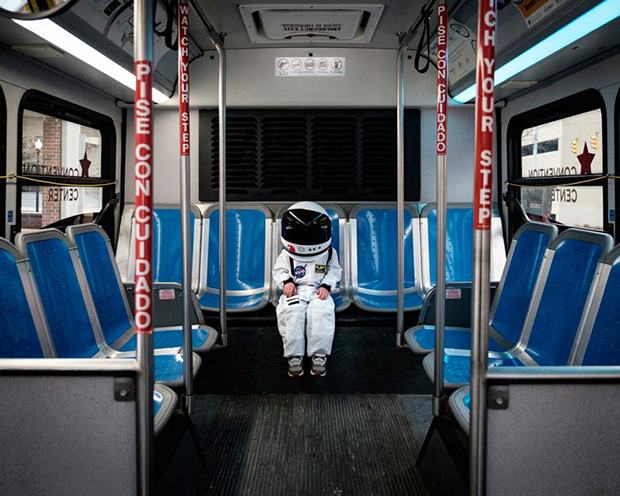 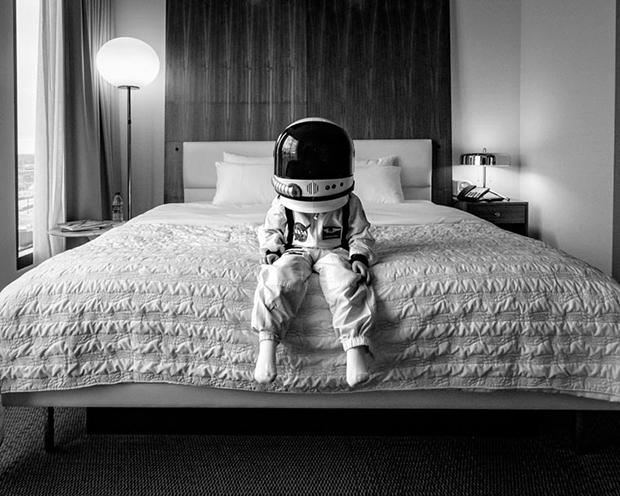 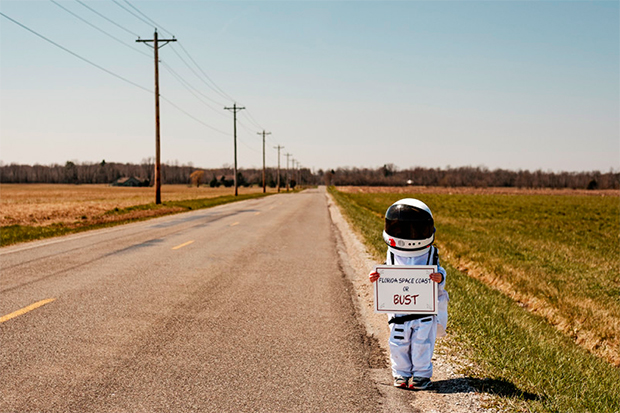