Revealing the Unexpected Beauty of Birds on Electric Wires 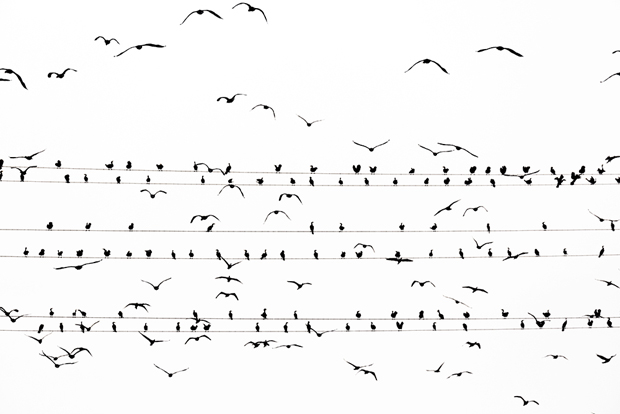 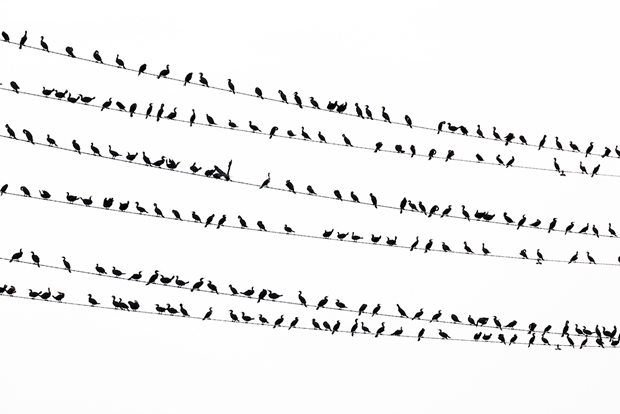 The first time photographer Yoshinori Mizutani looked up to see hundreds of parakeets swarming the sky in his home city of Tokyo, he was struck with fear – and it was that initial shock that he tried to capture in his 2013 Tokyo Parrots series: the anomaly of tropical birds in a city. In these shots, the luminous green parrots dazzle in Mizutani’s strobe-lit darkness of a Tokyo night. For his next series, Mizutani has moved onto a different kind of bird called the Kauai, which is a Japanese term for the cormorant bird (phalacrocorax carbo). Forming the second part of his Bird trilogy, Kawau is a black-and-white series, complementing the Kauai’s bold black form. Photographed on electric wires all along Tokyo’s Tama River, the birds appear like notes on a musical stave – peaceful, unnerving, yet enticingly beautiful.

“I have had a growing interest in birds inhabiting Tokyo since I completed my previous series Tokyo Parrots,” says Mizutani, “Over the past few years, I came across articles reporting that some birds had gone wild and increased dramatically in number, and I actually saw them flying above Tokyo. The sight of big flocks of birds perching on electric wires and flying above your head is eerie, visually shocking and at the same time breath-taking.  Kawau have exploded in number and now their over-population is causing troubles to the human life, as well as to the local ecosystem in several parts of the country. Through my projects on birds, I want to reveal such issues and simultaneously present a surreal and unusual urban landscape of Tokyo, a city filled with inorganic concrete buildings.” 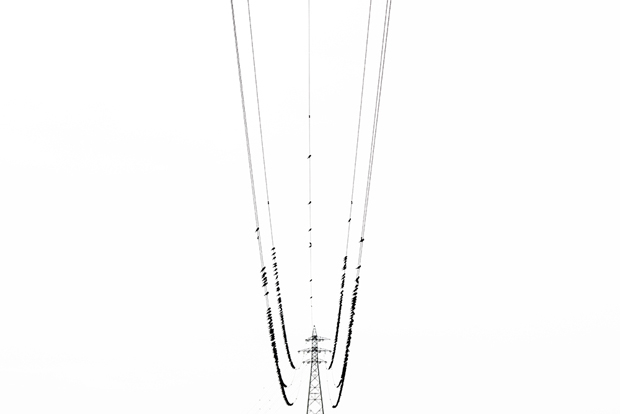 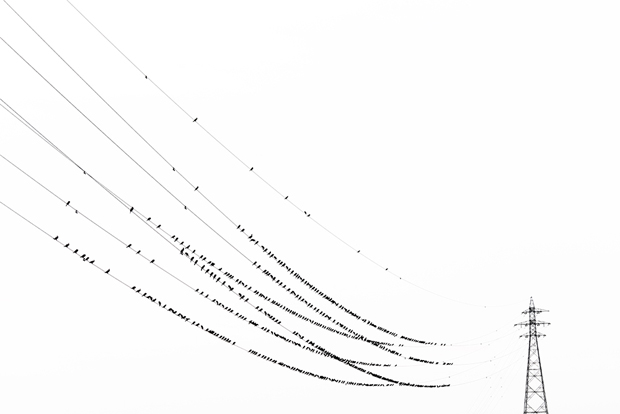 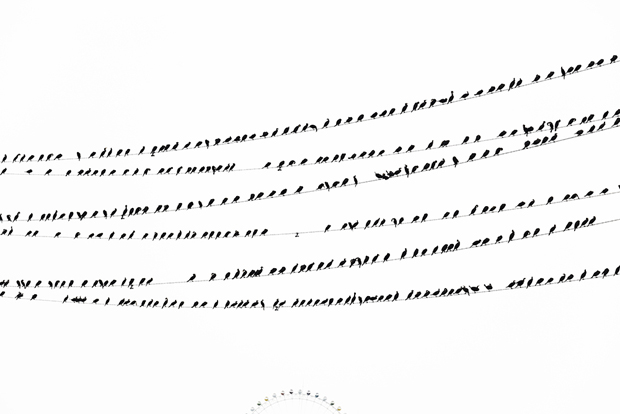 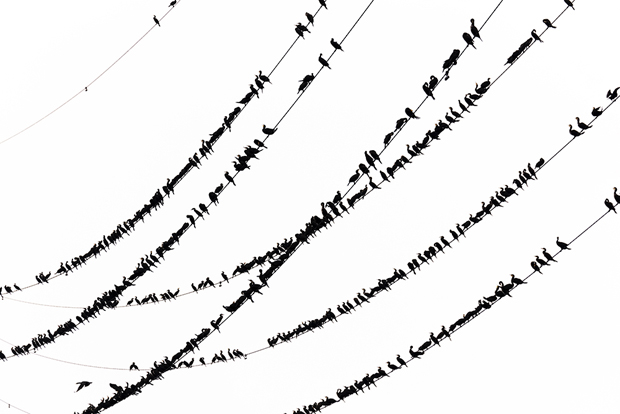 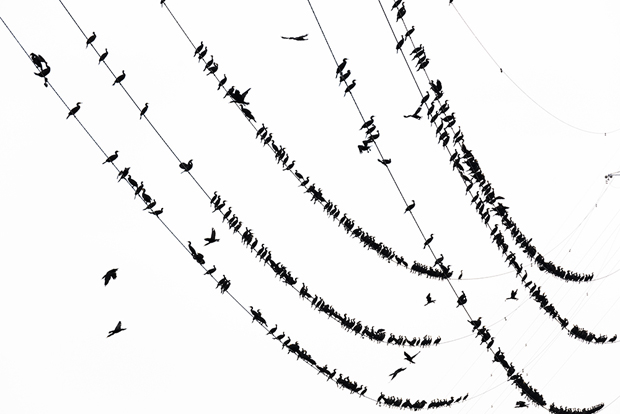 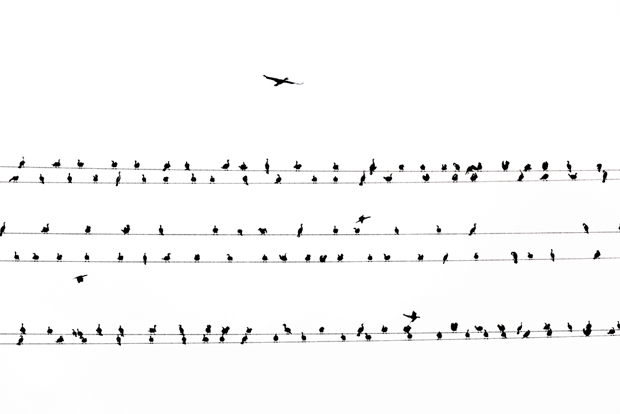 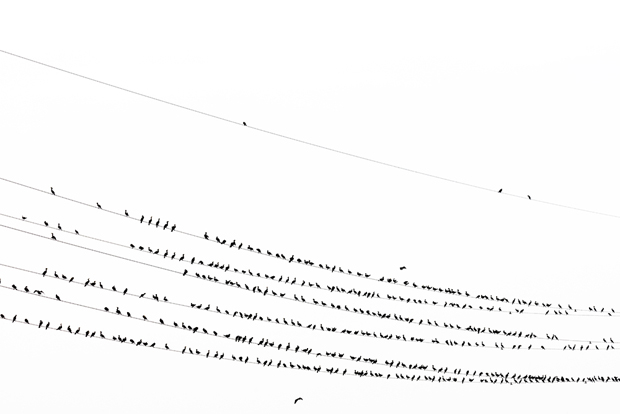