Portraits of Dogs Reveal Just How Ridiculous They Think Humans Are 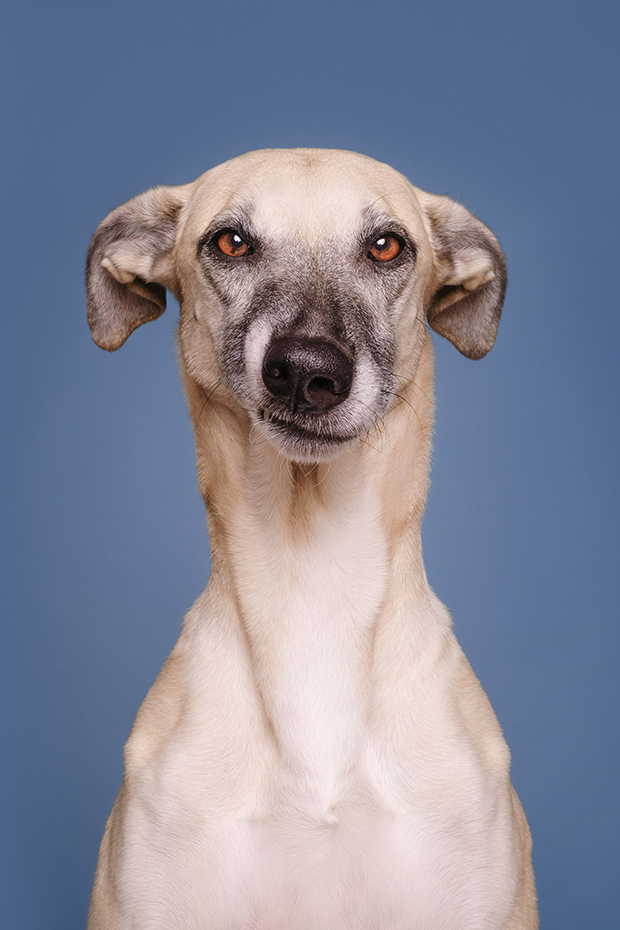 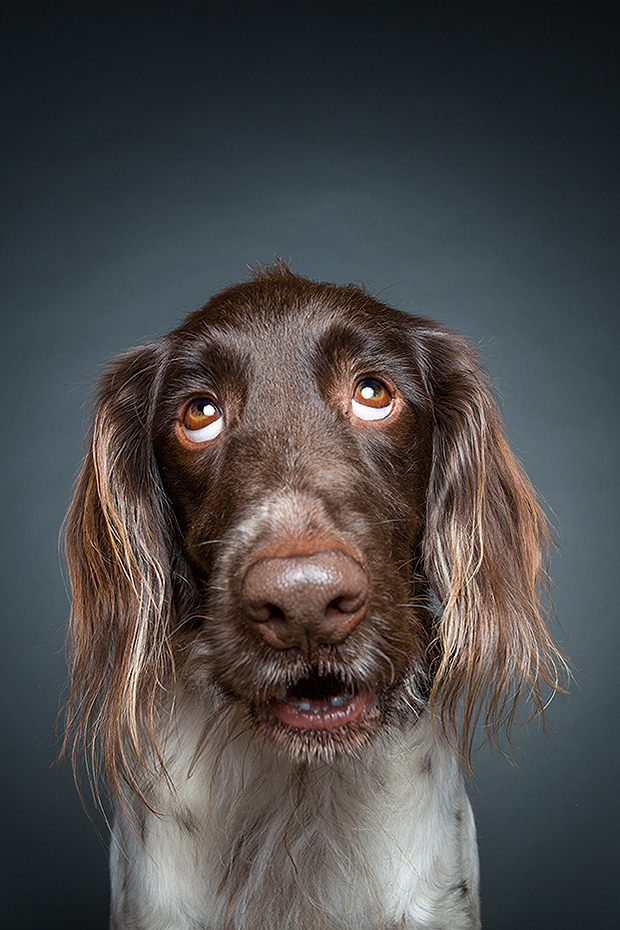 For German photographer Elke Vogelsang, dogs can be just as expressive as humans, but unlike mankind, they don’t posture for the camera. Dogs questioning the photographer’s sanity is a collection of candid bloopers taken over the course of her many canine photo shoots; in her own words, it’s her “homage to dogs” and to their sense of humor, their curiosity, and most of all, their quintessential dogginess.

Vogelsang’s constant muses are her three dogs, Noodles, Scout and Ioli, all rescued. She is a passionate advocate for adoption and for the Galgo Español, or Spanish Grayhound, dogs who are sadly often abused and abandoned after hunting season.

But despite all that rescue dogs have been through, the photographer recognizes that at their core, they are optimistic, gentle creatures who see the best in everyone. The dubious facial expressions, she explains, are not actually the result of any mistrust; instead, they are achieved by feigning a ball toss or making a silly sound.

All of Vogelsang’s canine subjects are rewarded with plenty of treats and affection, and when it comes to her own dogs, camera time is just another kind of play time. Says the artist of her always-willing subjects, “They find pleasure in the most mundane things.” 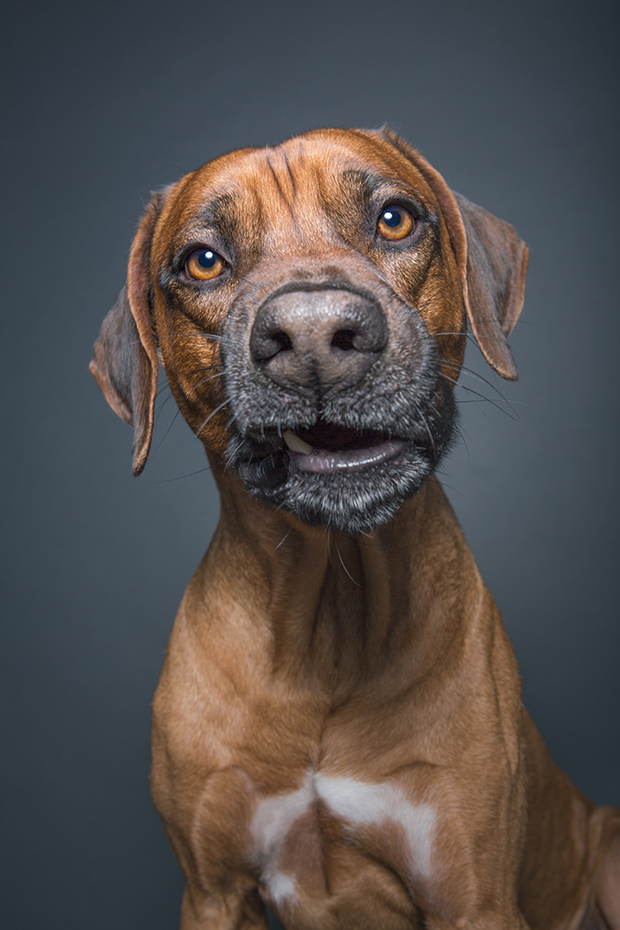 Are You Talking To Me? 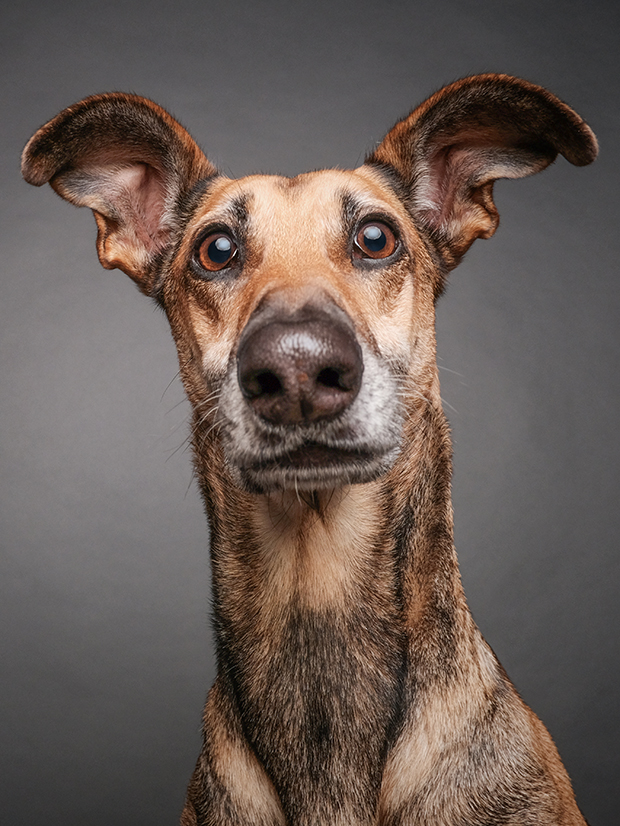 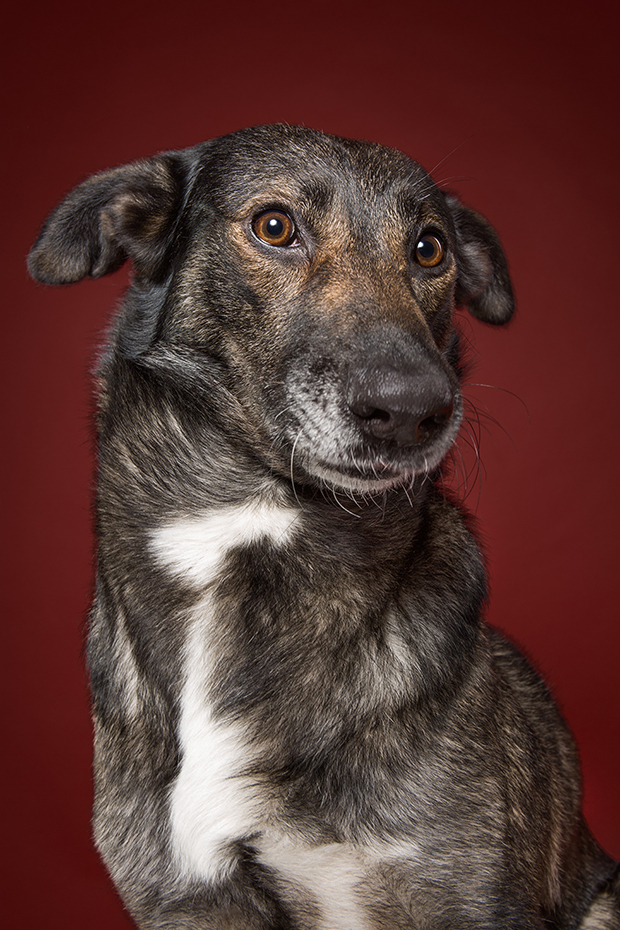 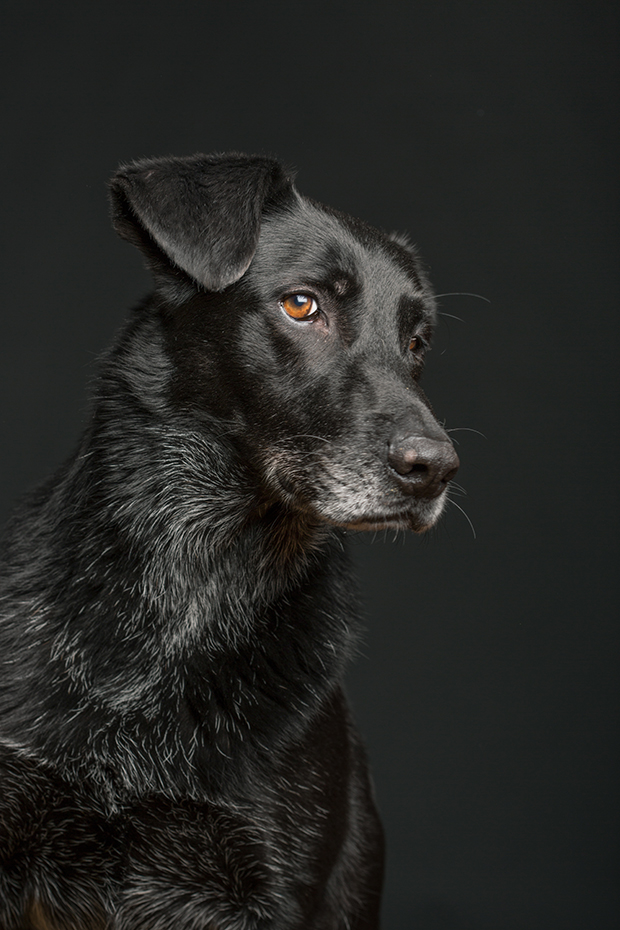 Not Sure About This One 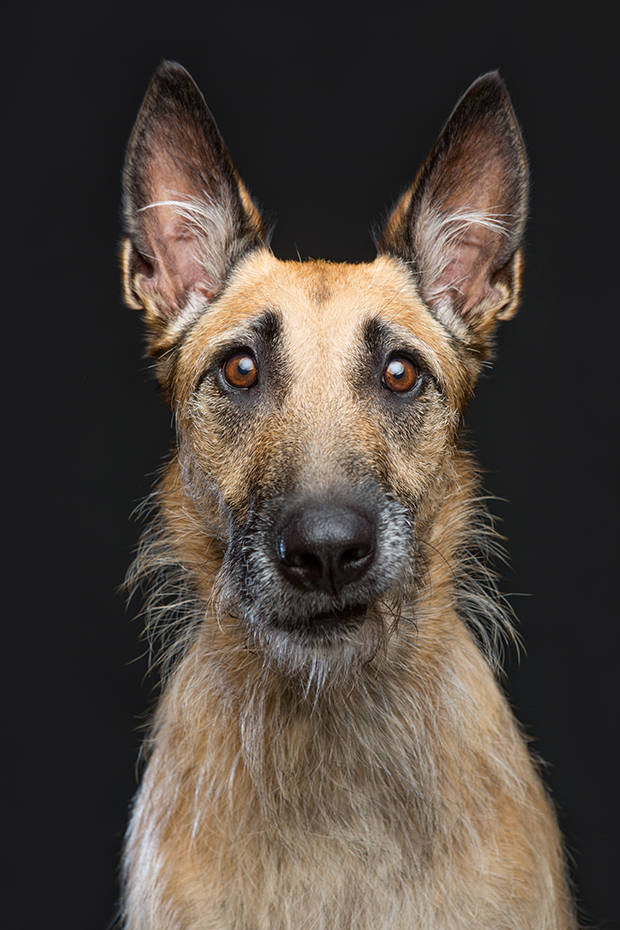 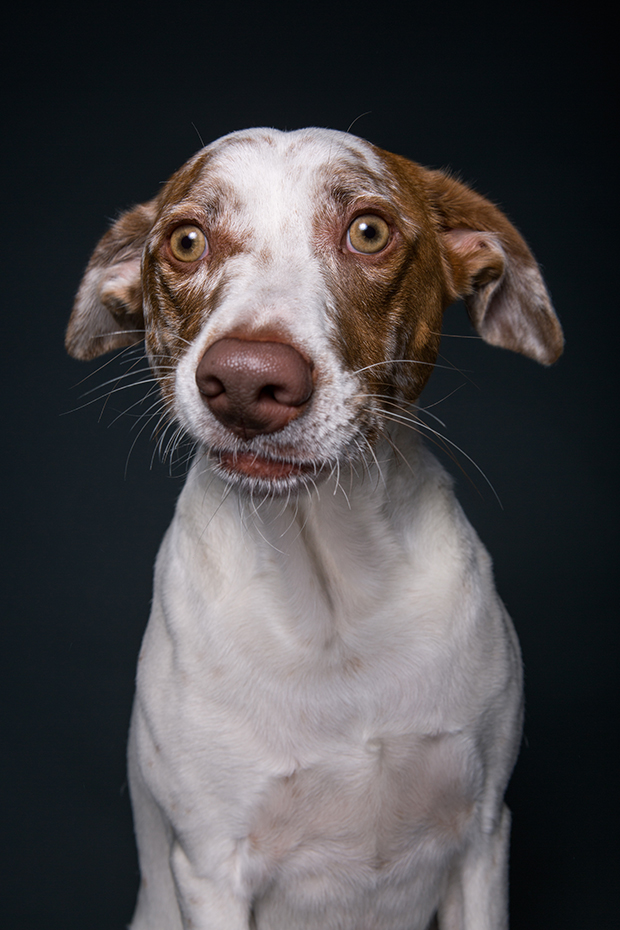 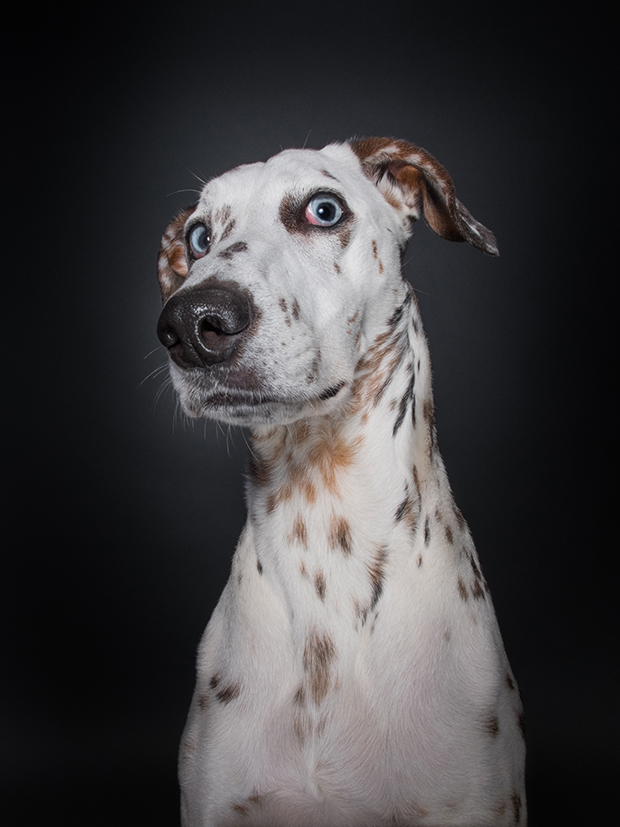 Waah, What A Looney