Astonishing Photos of Car Wrecks in the 1930s 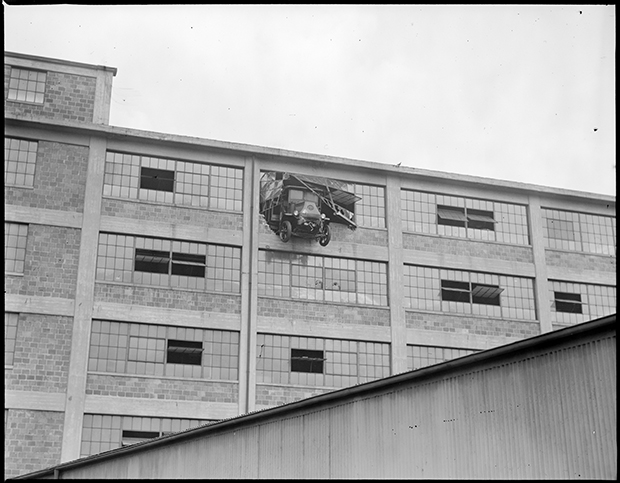 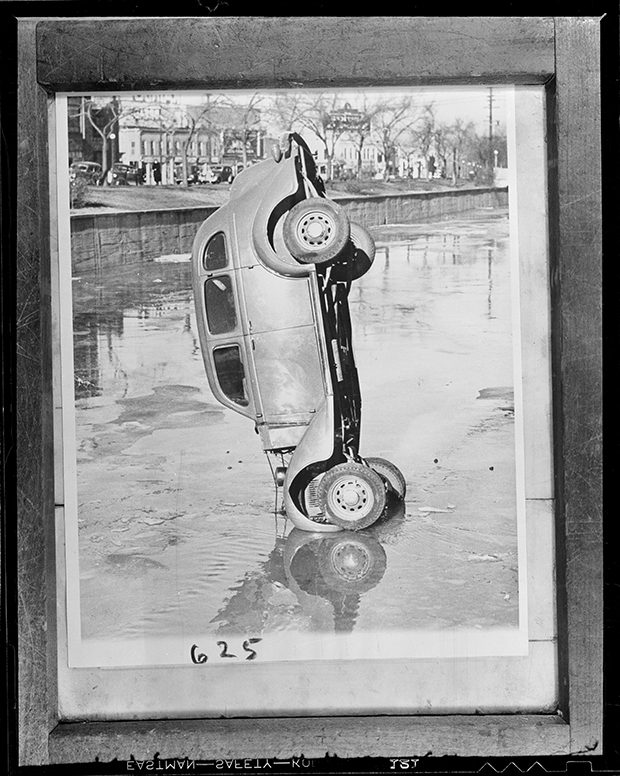 Hauling auto out of water

Throughout the 1930s, the United States contended not only with the Great Depression but also with a nationwide panic surrounding traffic safety. In 1935, President Franklin Delano Roosevelt penned a letter to state governors, imploring them to curtail “the increasing number of deaths and injuries” related to car crashes.

During the precarious decade, Leslie Jones of the Boston Herald-Traveler took hundreds upon hundreds of photographs at the scenes of fender-benders and fatal collisions. As car companies gradually introduced much-needed safety features like hydraulic brakes, it was Jones who scrambled to the sites where people had badly damaged property or in the worst cases, lost their lives.

Tens of thousands of glass plate and film negatives by Jones have been salvaged by his family and digitized by the Boston Public Library. Jones shot for the Boston Herald-Traveler for nearly forty years, from 1917 to 1956, creating an unparalleled document of the city during some of its most momentous years. Still, his car accidents are among the most popular and memorable of the collection.

All of these crashes exist against the wider backdrop of the New Deal and political reform, and in that way, they become symbolic of something larger. They tell the story a nation that stumbled and rebuild itself time and again, adapting to new technologies, new laws, and new ways of living.

In April of 1938, Jones photographed an accident involving Eleanor Roosevelt’s motorcycle escort. At the time, the First Lady was writing her newspaper column My Day, and only one entry is devoted to her visit to Boston. That day’s column addresses the issue of maternity healthcare, and unsurprisingly, there’s no mention of the collision.

Ms. Roosevelt does, however, begin her trip to Boston with an offhanded mention of “the gentlemen with cameras.” It’s tiny detail—almost negligible— but it does indeed speak to the significance of photojournalism in a time of great change. Remembered for his modest demeanor, Jones famously refused to think of himself as a “photojournalist,” preferring instead “camera-man,” an epithet that poetically mirrors the unpretentious language of the First Lady herself.

As it turned out, the “the gentlemen with cameras” were the narrators of our country’s history. Please consider making a donation to the Boston Public Library so that they can continue to preserve the work of Jones and other prolific photojournalists. 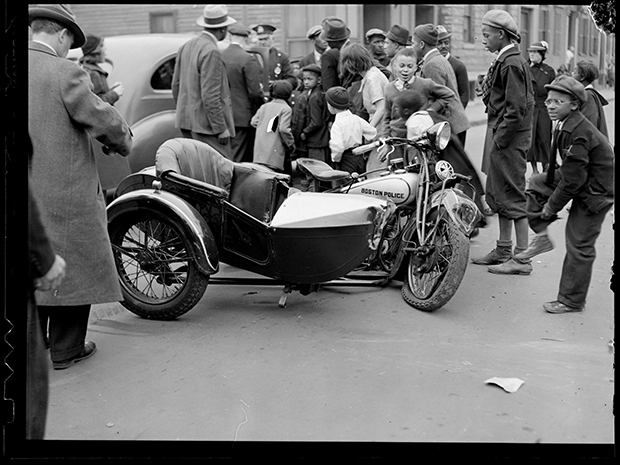 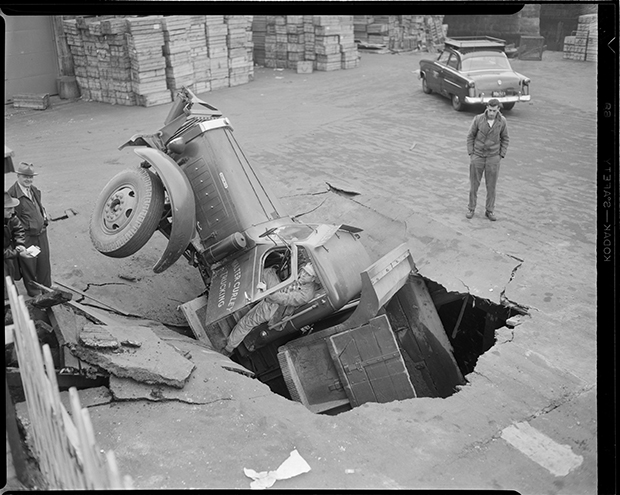 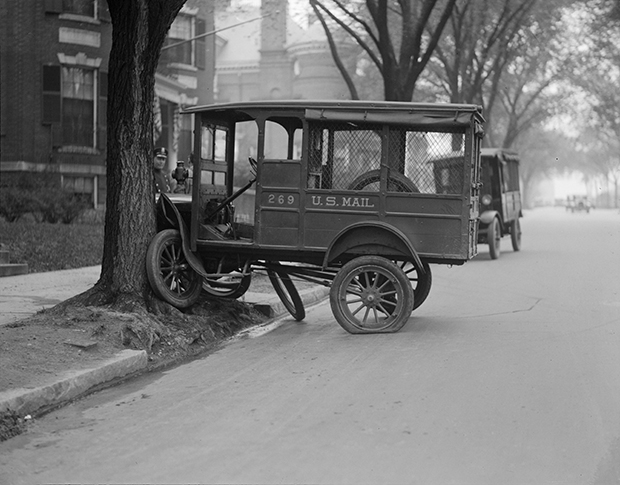 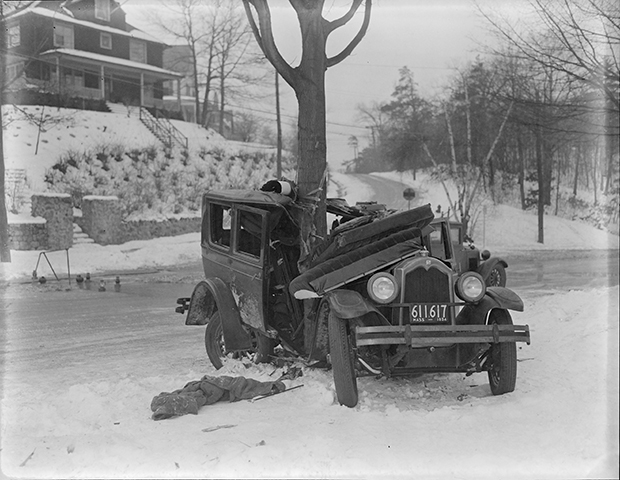 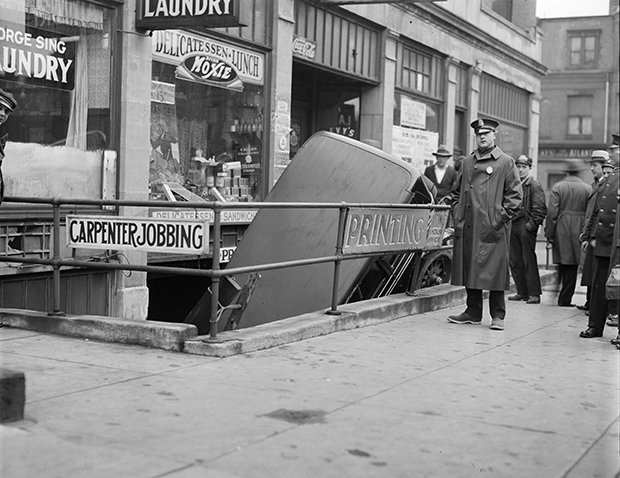 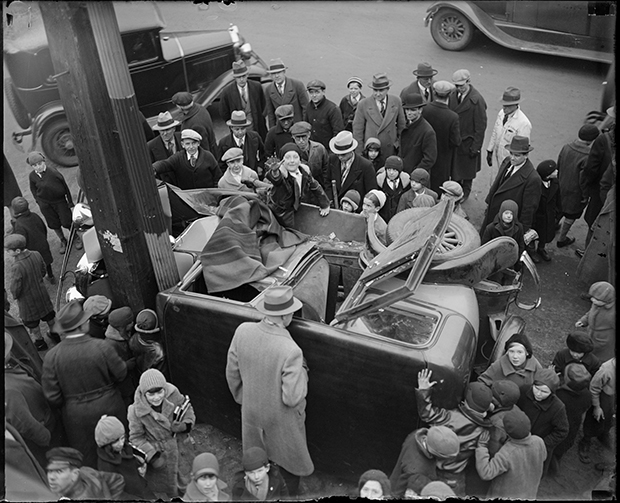 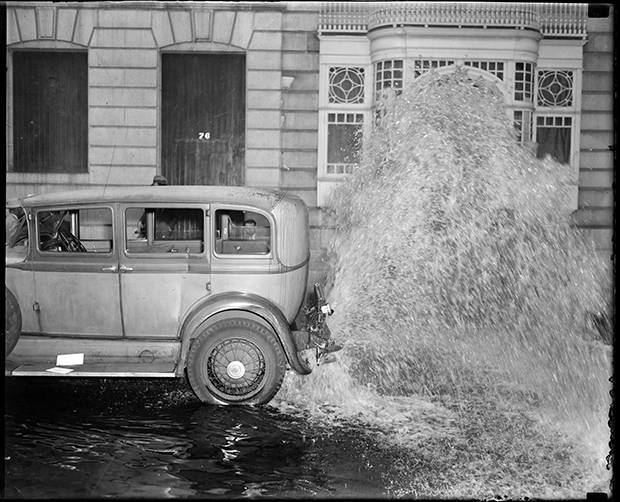 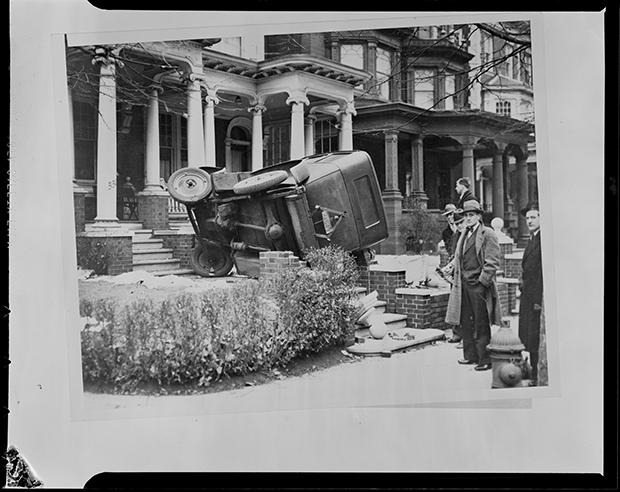 While Tillie Mooney of Philadelphia was being rushed to hospital, car jumped curb and hit steps of house 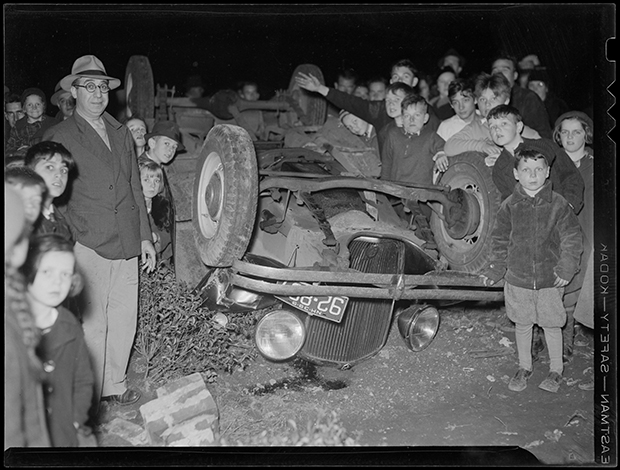 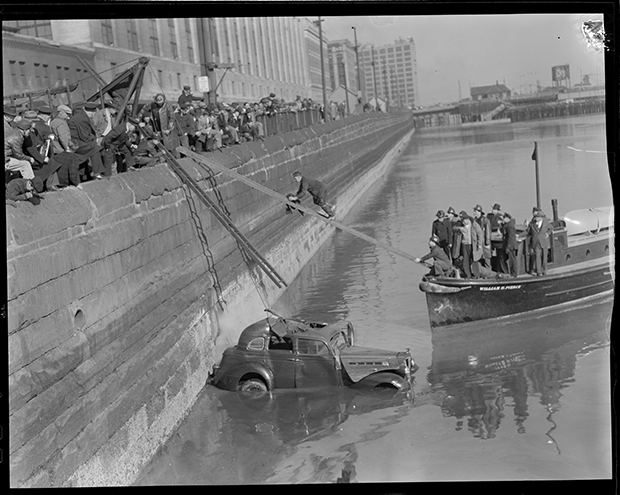 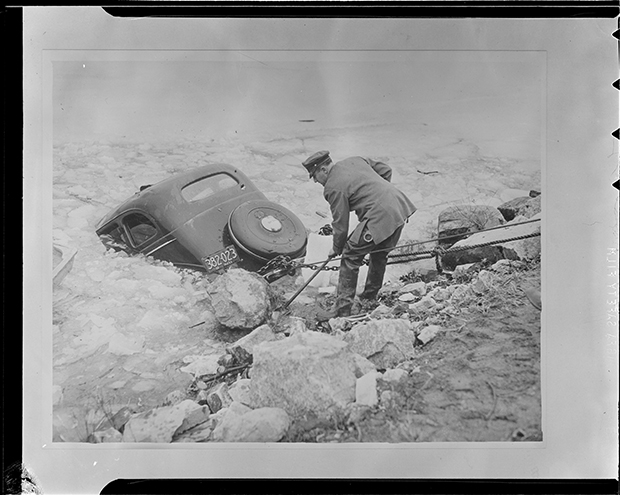 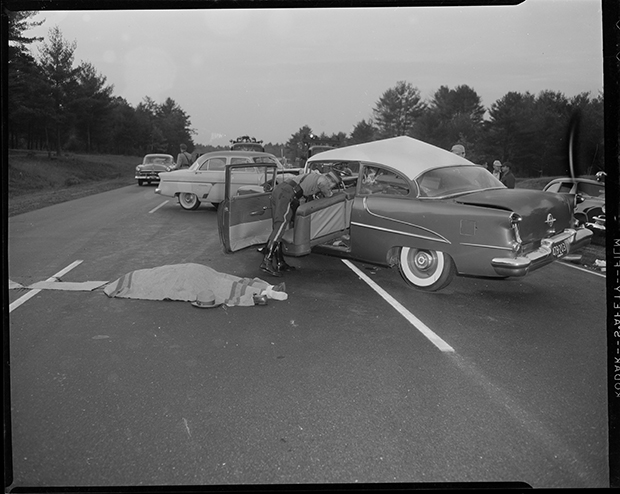 Car and body on street