Train-Hopping to Work: The Life-Threatening Journey of Bangladesh’s Working Class 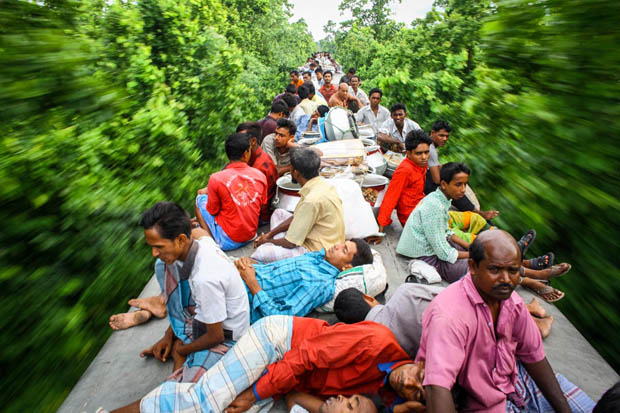 Passengers perched on the roof of a train. In Bangladesh, many people ride on the roofs of trains as frequently that is the only space available. For others, the fares are too high and can be avoided or reduced by traveling on the roof. However, the riding on roofs and other parts of train exteriors leads to regular accidents, many of them fatal. 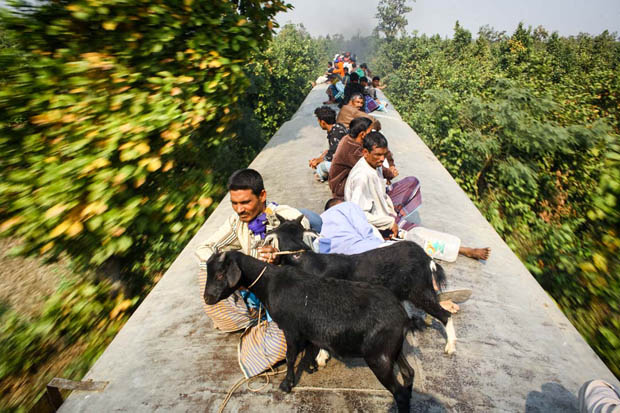 Running across the delta lowlands of Bangladesh, lie almost three thousand kilometres of rail tracks connecting the capital Dhaka with cities Chittagong and Calcutta. The railway was largely built by the British and it began operation in around 1860, over a hundred years prior to Bangladesh’s independence. Nowadays, these trains carry over forty million passengers annually. While travelling in 2005, Bangladeshi photographer GMB Akash discovered that the majority of these passengers consisted of low-wage working class people who could not even afford the train fare. It was these passengers that Akash was interested in – those clinging to the train’s exterior for hundreds of miles just to get to work every day.

Depending on how far they live from the city, some people will travel up to three hundred and fifty kilometres on the corroded metal roof, in between the carriages, or on narrow ledges at the side of the train. Through the year, they pass through all manner of weather conditions. “In winter,” explains Akash, “the surface of the train gets slippery, and once I stepped without concern and fell. It is difficult to take pictures in the opposite direction to the running train. Alongside other passengers I have faced terrible winter, unwanted rains and continual heat on the top of the train.” Not surprisingly, this perilous journey has claimed thousands of lives and accidents are commonplace.

“When the train starts,” Akash says, “your feet will shake and automatically you will try to hold something, but there is nothing to hold on to.”

What is shocking is just how little these people will risk their lives for. Take for example the young fishermen who hope to evade the 60 taka (£0.55GBP) fare by riding the roof. Since their fish can only earn them a maximum of 120 taka (£1.10GBP), the saving is vital. Then look to the young woman who travels on the locking system of a train carriage to avoid paying the 5 taka fare (£0.04GBP). The onion hawker who perches on a tiny ledge between carriages; his fearlessness and ease in such a precarious position reveals a lifetime of train-hopping.

Despite the obvious risks, Akash kept finding himself being drawn to the roof. “Many times wires hit me and I’d say to myself I should not go anymore. But each time I couldn’t resist.” It was not purely the thrill that kept him coming back, but also the fact that he was able to learn from these people’s smiles and determination in the face of poverty. 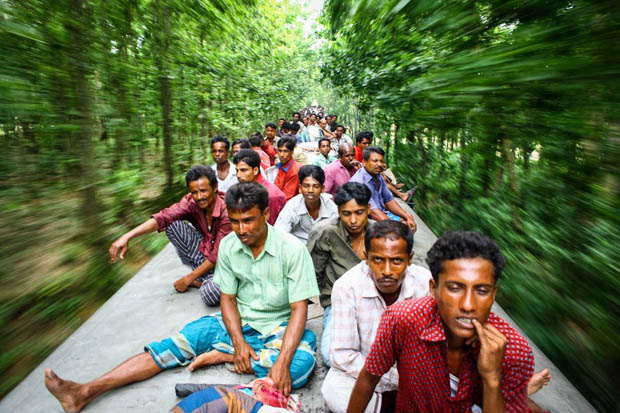 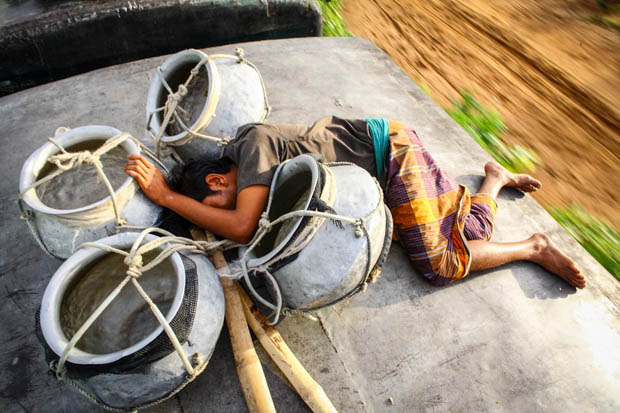 A fish seller lies on the roof of a train as it makes its way through Dhaka. 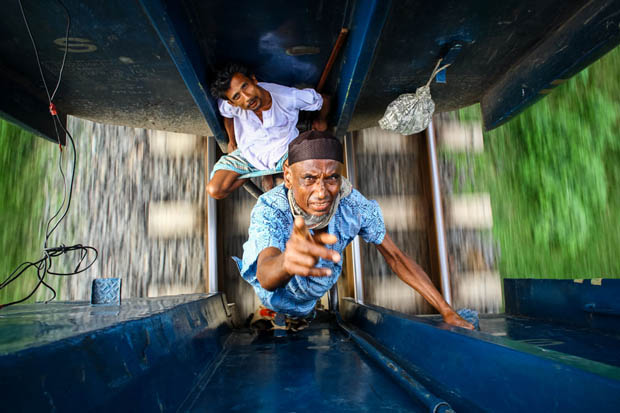 Two men travel on the coupling between two carriages. 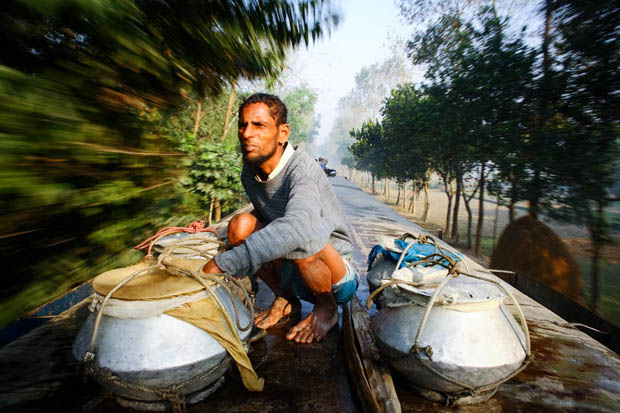 Rohomot Mia going to Dhaka, as he does every day, to sell fish at market. 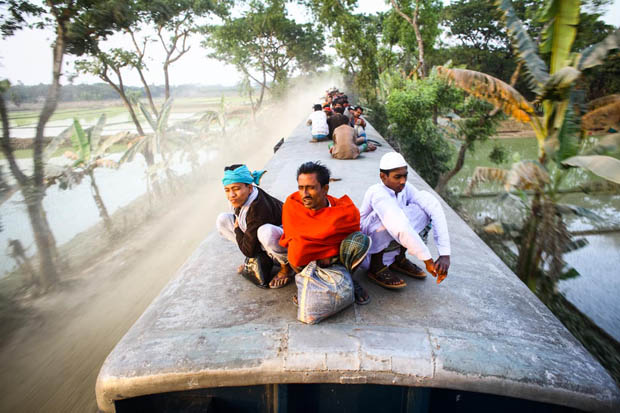 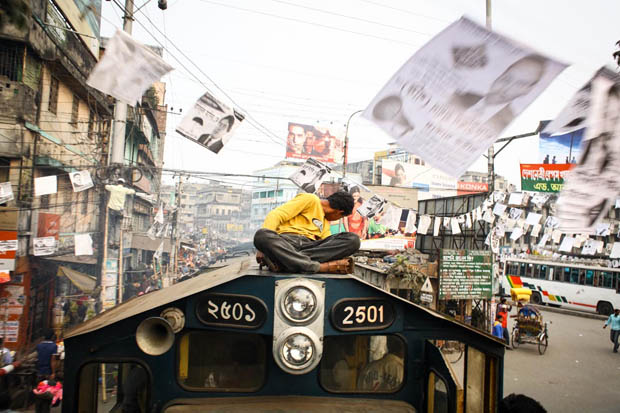 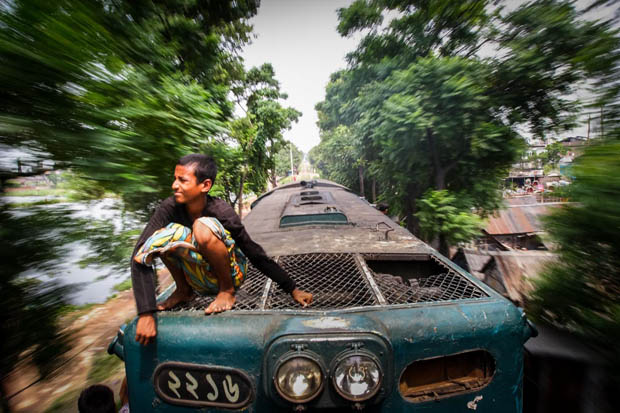 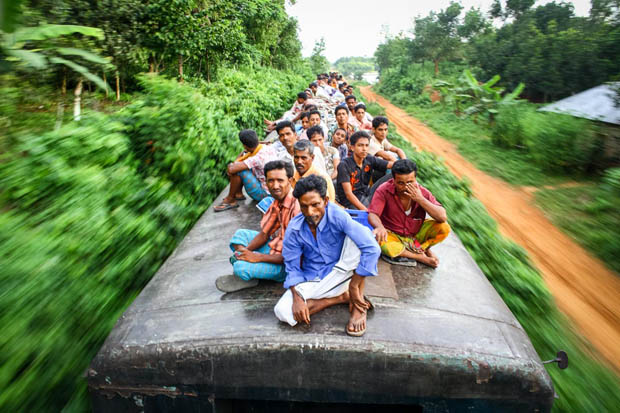 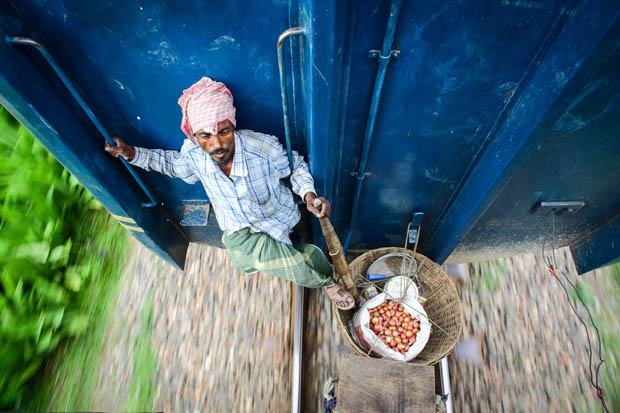 A vegetable seller sits on the coupler between two train carriages in order to avoid paying the 15 Taka fare. 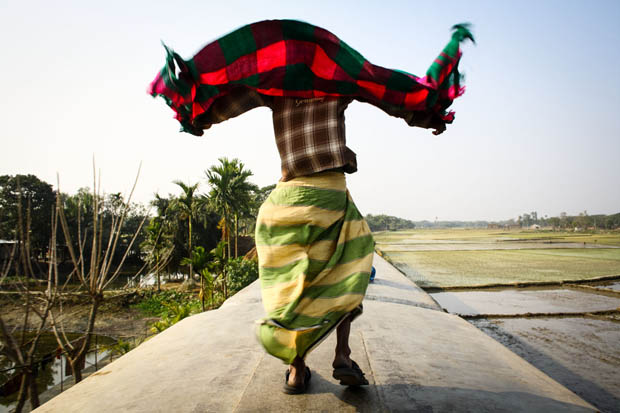