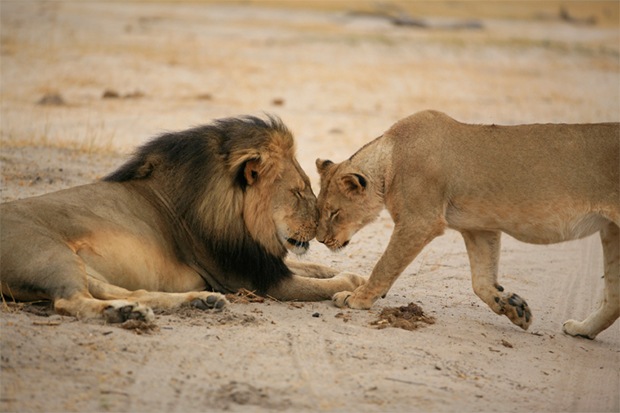 This is Cecil when he had twenty or more lions in his family. Here, a lioness pays her respects. October 21, 2012. 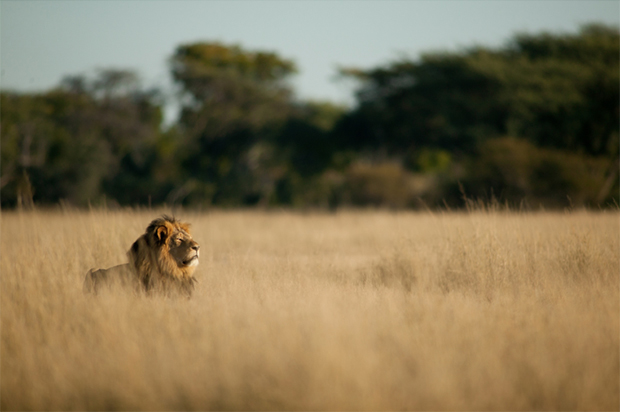 This image was taken on the last morning that Brent ever saw Cecil. He and Jericho were interested in something on the other side of the railway line. May 27, 2015.

“On the left is full protection, and on the right is danger,” says photographer and lion researcher Brent Stapelkamp of the railway line that borders Hwange National Park, Zimbabwe. In the summer of 2015, Cecil the 13-year-old Katanga lion was lured onto the wrong side of the tracks, where he was killed, skinned, and decapitated by a trophy hunter. Stapelkamp had tracked Cecil for nearly a decade, and long after media attention moved away from the famous lion, it was the researcher who stayed amongst his pride.

The photographer was thrust into the spotlight last year after the illegal hunting of Cecil, but Hwange: Cecil’s Kingdom, opening April 3rd at Anastasia Photo, is a testament to his enduring commitment to those who were left behind. Many tourists took pictures of Cecil as they rode throughout the terrain he called home, but Stapelkamp captured what would be the very last to photograph the noble creature.

And Cecil was indeed noble. When asked about the lion in interviews, the photographer returns time and again to his poise and self-possession. Cecil and his trusted ally Jericho reigned over two prides, and Cecil bore the weight of that responsibility in earnest. He wasn’t one to wrestle about with the cubs, choosing instead to watch quietly over those he protected. When Cecil was baited over the railway, it’s likely that he wasn’t afraid; he’d seen humans many times.

In Jericho and in Cecil’s cubs, Stapelkamp still sees the lingering promise of a better future. He remembers one evening spend watching a pride of lions gathering round a nearby water source. A strong male lion named Umuya (meaning “wind”), was approaching adulthood and would soon leave the group.

As the females and cubs left together, Umuya held back before retreating himself. The photographer tracked him all the way the boundary of the park, toward that precarious railway where Cecil lost his life. The resulting image captures what he calls “the lonely path of a young lion.” 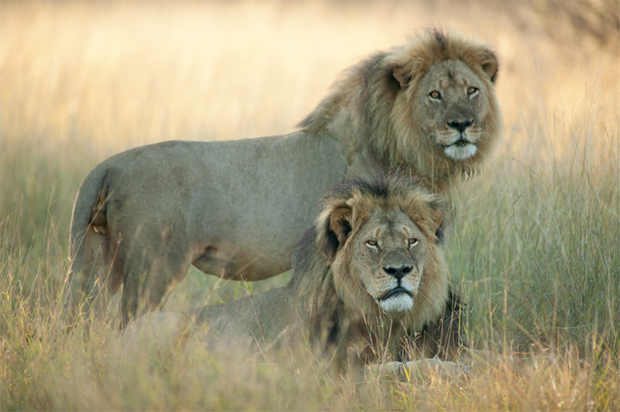 Jericho and Cecil on the morning that was to be the last time Brent would see Cecil. Although unrelated, these two forged an alliance that was very strong until the fateful day in July 2015. May 27, 2015. 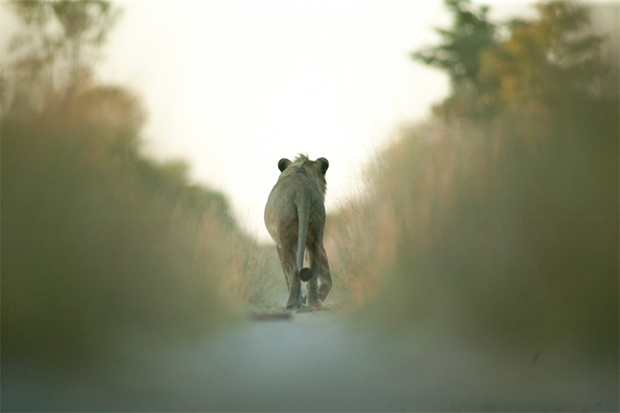 As Umuya started down a trail to follow the rest, Brent climbed out of his vehicle and lay on the ground alongside his truck to get this shot. June 10, 2015. 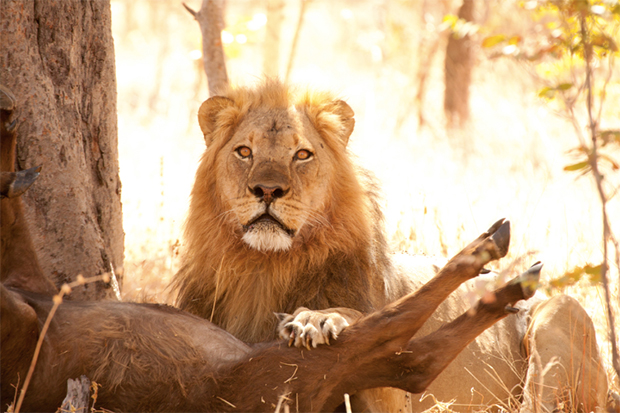 Bush was a large territorial lion Brent had known for his whole life. In this image, he had just caught a buffalo calf and was refusing to let his brother, Bhubezi, share. Bush was eventually shot as a trophy just weeks before Cecil. July 18, 2013. 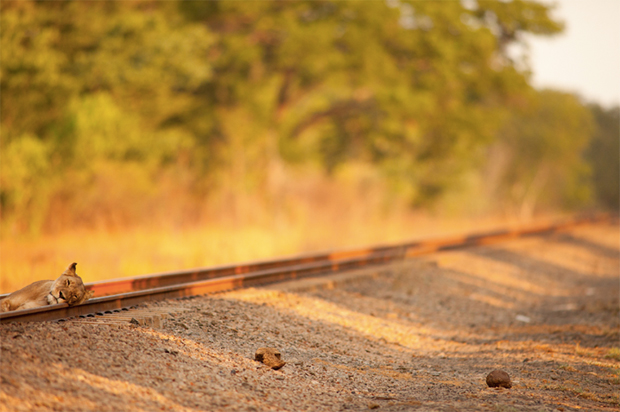 Cats may be known to have nine lives, but this lioness, Frisky, seemed to be throwing them away. She slept on this track for hours one day seemingly oblivious to the potential danger. Hwange National Park has lost about a dozen lions to this train over the years. October 20, 2014. 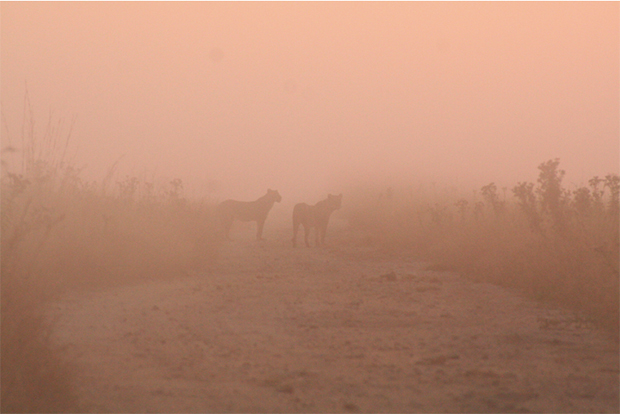 Two young males stand in the mist looking over a herd of buffalo. April 19, 2011. 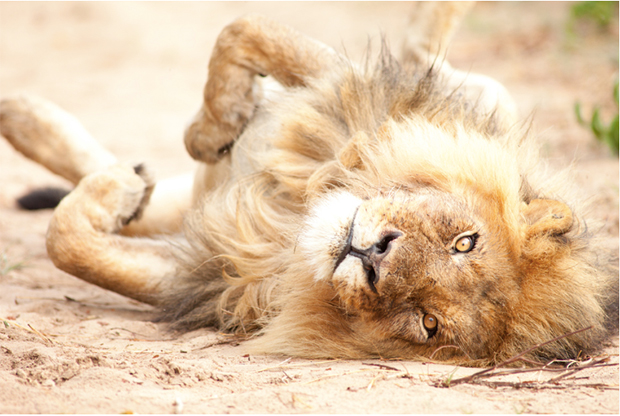 Lucky seemed to have it all in life. Good looks, a great territory and lots of lionesses. Sadly his name couldn’t save him from his fate, and he was caught and killed in a poacher’s snare. Snaring for bushmeat is one of the major sources of lion mortality in Africa today. December 10, 2014. 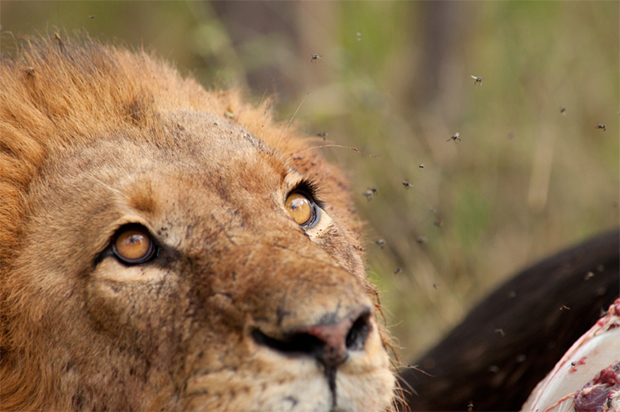 After Tommy had single-handedly brought down a large buffalo bull, a passing vulture caught his eye. April 29, 2015. 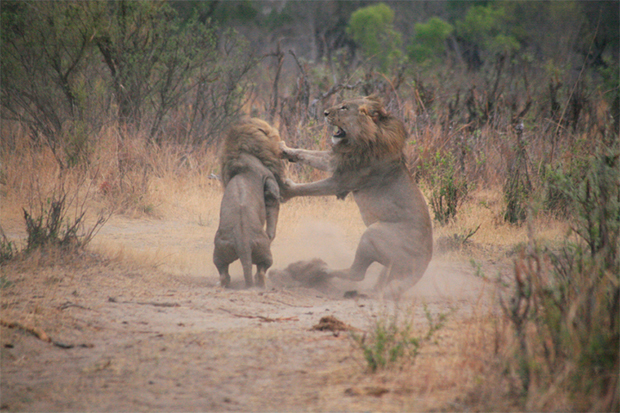 Brothers Bush and Bhubezi had just stolen a lioness from Cecil. Here, they still had yet to work out to whom she belonged. October 20, 2012. 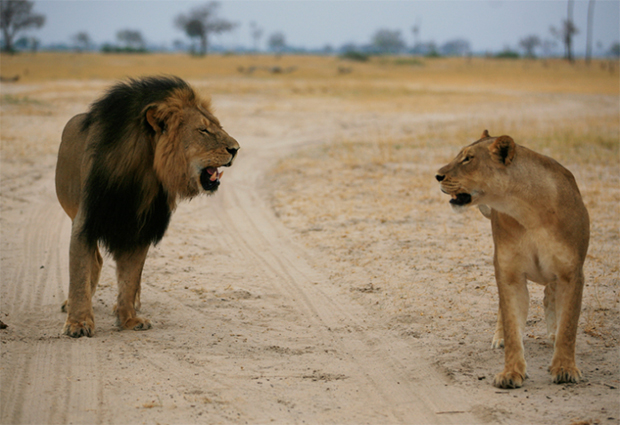 Cecil was a dominant male over a large area for most of his adult life and had at least twenty other lions under his control in the Linkwasha area of Hwange. October 21, 2012. 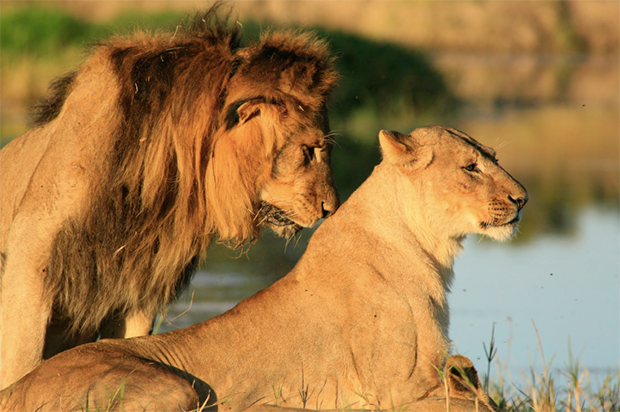 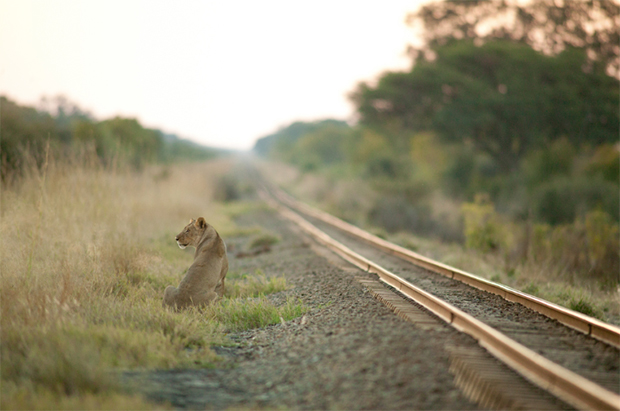 All that separates this lioness from a hunting area is the railway line on her right. They do seem to know where they are safe and where they are not. It was that exact track where Cecil crossed over in the July of 2015 and never returned. June 10, 2015. 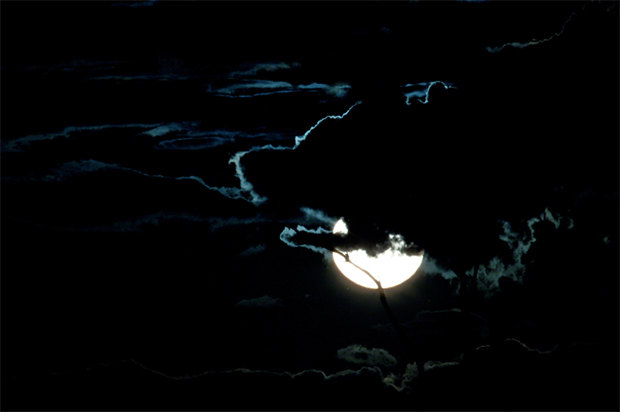