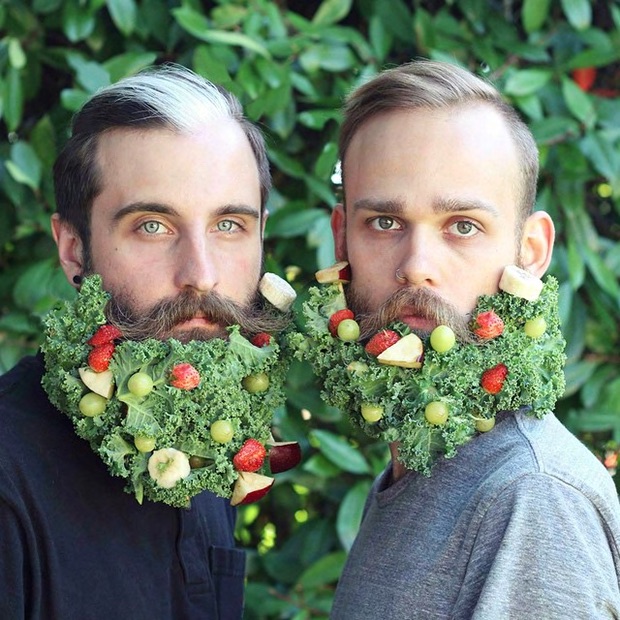 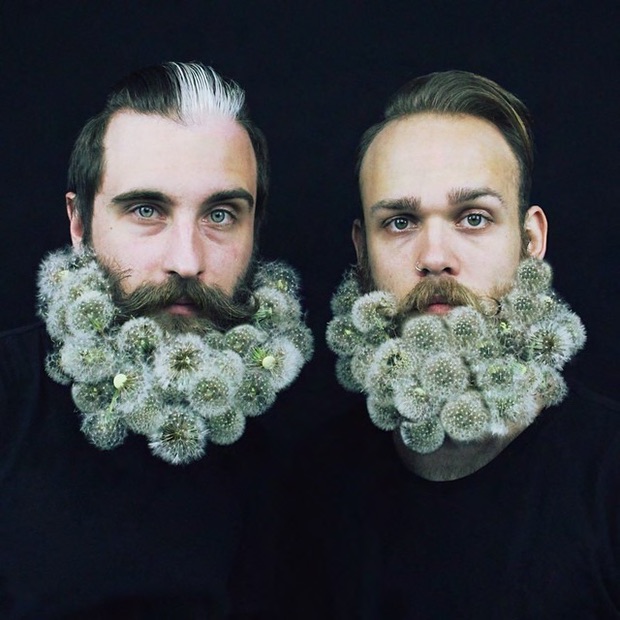 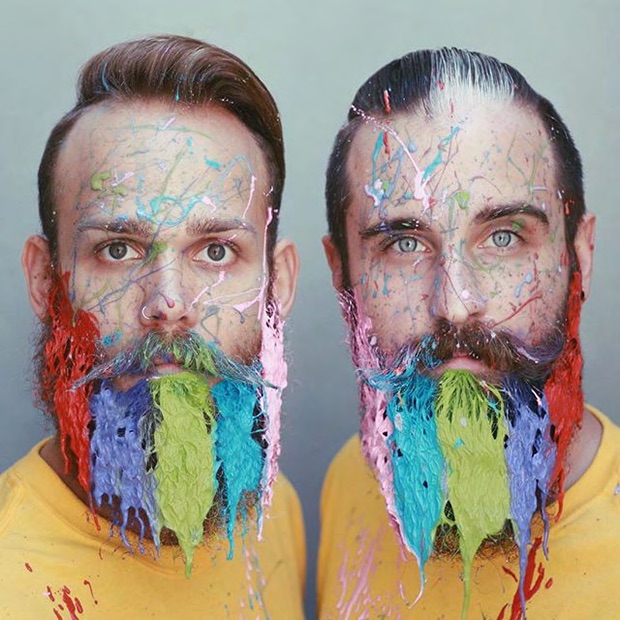 Before Portland-based artists Brian DeLaurenti and Jonathan Dahl became The Gay Beards, they were two little boys having playdates after school. Since their first encounter nearly twenty years ago, the two have remained the best of friends, teaming up together in the summer of 2014 to bring to life their vision of dressing their facial hair in matching outfits. Over the last year and a half, they’ve put everything from splatter paint and glitter to roses and popcorn in their bristles in hopes of transforming their faces into colorful confections.

The motivation behind The Gay Beards is simple: they want to spread joy in a world too often colored by negativity. “Beardspiration,” as they call it, can hit at anytime, during daily waking life and even during particularly beardy dreams. While their levity and whimsy certainly help to make the shoots look effortless, being pioneers in the field of beard is hard work. A particularly tough ensemble was the dandelion masterpiece, an undertaking that required them to stay extremely still and move only with extreme caution, lest the florets disintegrate.

Becoming The Gay Beards has also enriched their lifelong friendship. Even when things don’t go as planned—as was the case when they attempted to use petroleum jelly to stick skittles to the beards—they understand the real merit in the work they do.

Their name of course is a fun play on words, but as two gay gentlemen, they also want to help inspire others in earnest. “We wanted to declare our sexualities boldly, in a positive light, in hopes of encouraging others to be less fearful of accepting themselves.” One post at a time, they’re doing just that. 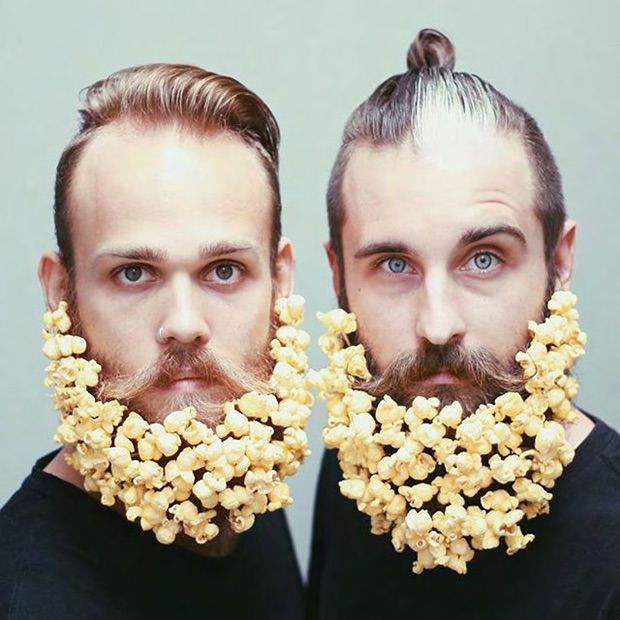 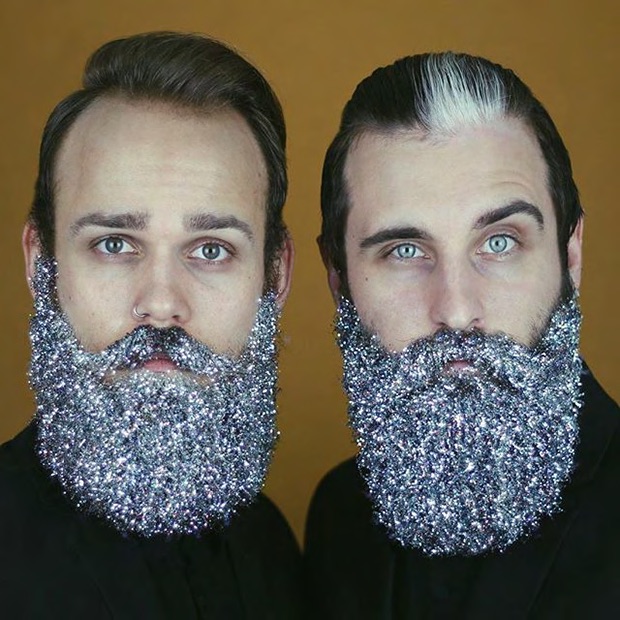 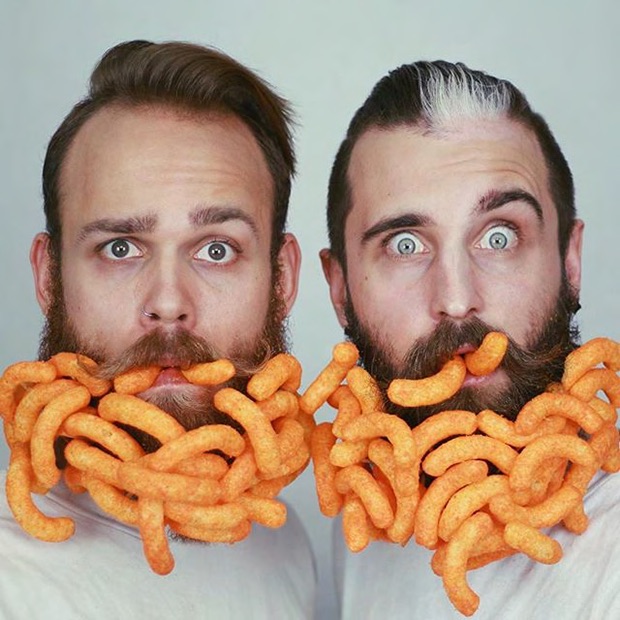 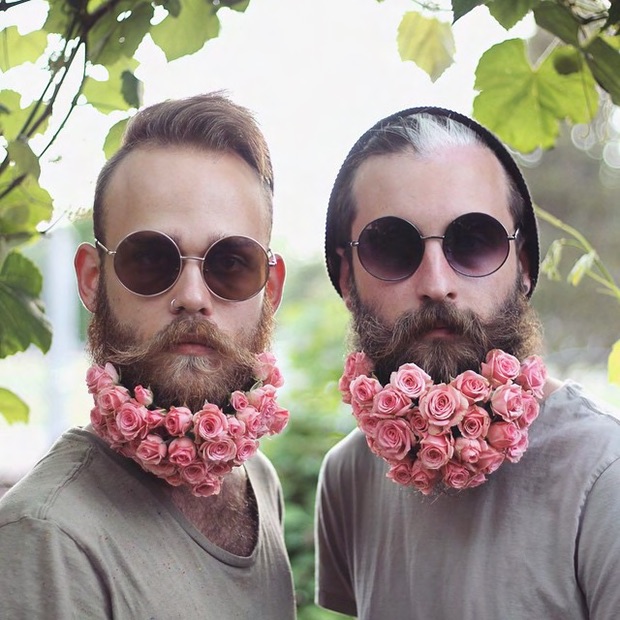 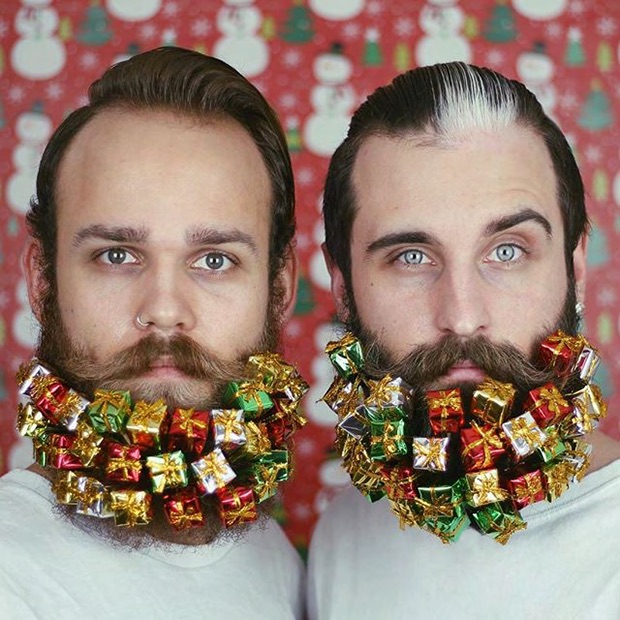 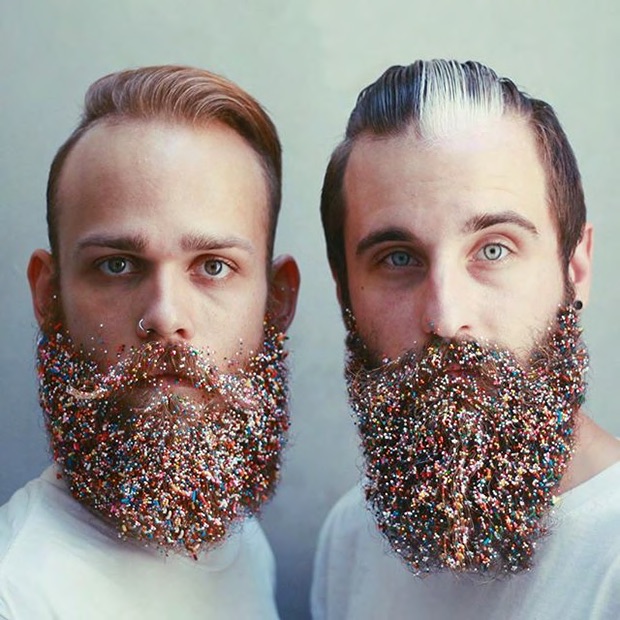 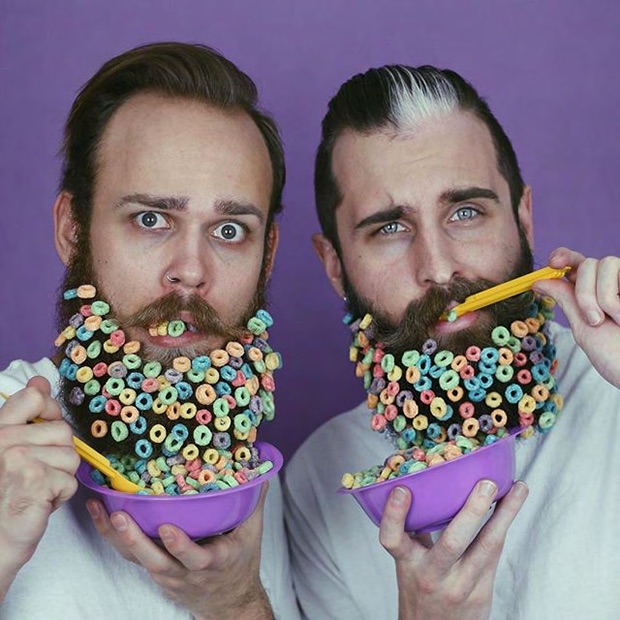 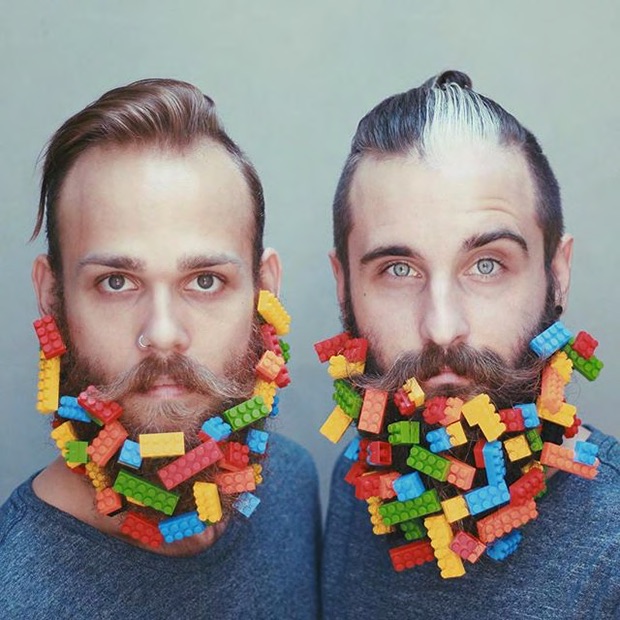 All images © The Gay Beards