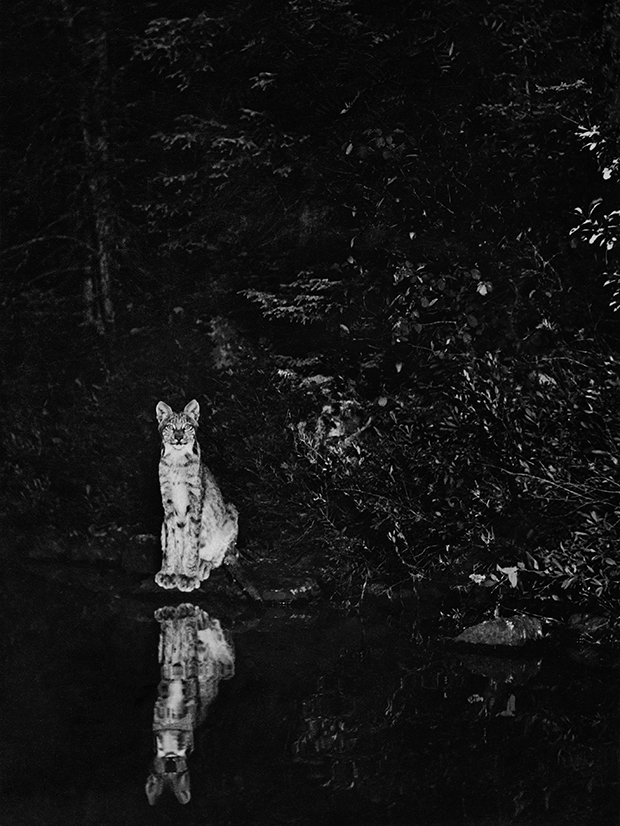 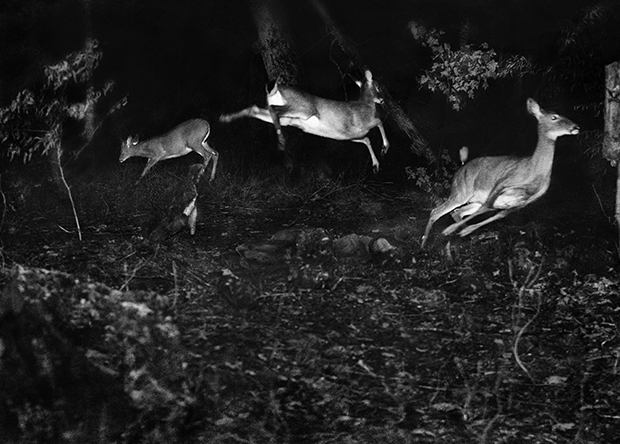 A female deer sits on the river banks along Lake Superior as a canoe passes her by, a kerosine lamp lighting the way. In the boat sits George Shiras, a lawyer by day who come nightfall, flees into the mist-shrouded wilderness in search of the many furry souls who run hither and thither across the shadowy terrain. The year is 1889, and Shiras is doing something no one thus far in the history of photography has dared attempt: he’s documenting the midnight rituals of wild animals.

Shiras grew up around hunters, and from members of the Ojibwa tribe, he learned how animals were tracked and stalked in the night. Adapting traditional hunting techniques to immortalize rather than to kill his prey, he caught the creatures by surprise either with bright lights on the water or with rope and wire contraptions in the woods that once triggered, would set off the camera shutter and a flash caused by a burst of magnesium powder.

In his double life as a lawyer and a politician, the photographer advocated for the animals he met only under the shroud of night. His work was essential to several environmental victories, including the creations and expansions of various national parks and preserves. Shiras’s intention was never to make art; quite simply, he longed to give shape to the nameless beasts he devoted his life to protecting.

In 1906, 74 of Shiras’s nighttime shots were published in National Geographic, marking the publication’s transition into showcasing more photographs and more wildlife. In 1936, due to popular demand, they were republished in a book, and when he died in 1942, he left behind 2,400 glass plates in the care of the National Geographic Society.

Now, the animals of Shiras’s ark have been resurrected in the book In the Heart of the Dark Night and the ongoing exhibition George Shiras, In the Heart of the Dark Night at Musée de la Chasse et de la Nature in Paris. Jean-Christophe Bailly, who writes the essay for the book, compares the many creatures to ghosts, emerged from the blanket of darkness to greet and guide mankind and he wanders lost and unknowing through their native land. If we are then to understand them as ghosts, these magnificent fellows are in fact phantasms twice over, materializing not only from the obscurity of twilight but also from the depths of a century gone by. In the 21st century, their prophetic figures loom more mightily than ever before, recalling a thousand tales of the recklessness of mankind and the fragility of our environment.

In the Heart of the Dark Night is available through Editions Xavier Barral and DAP. 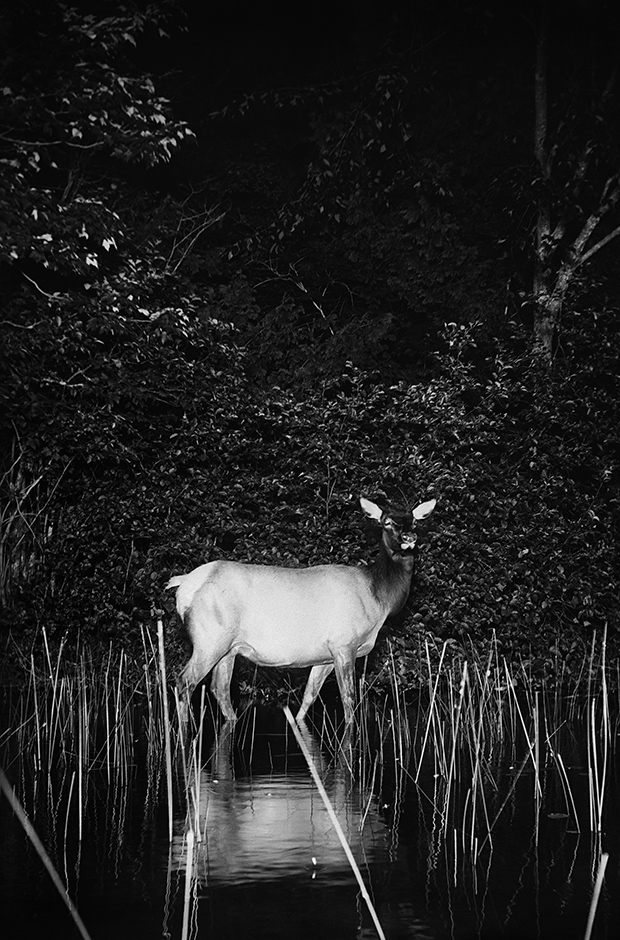 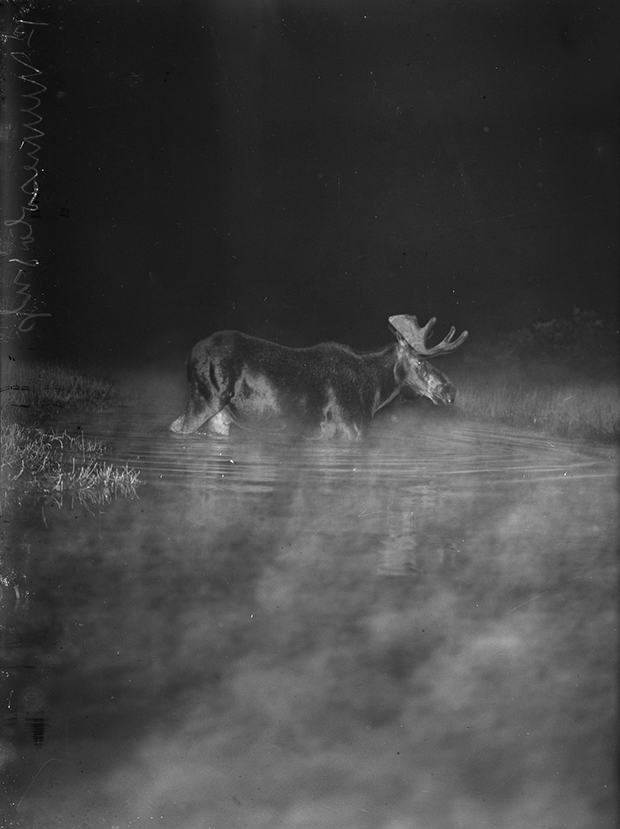 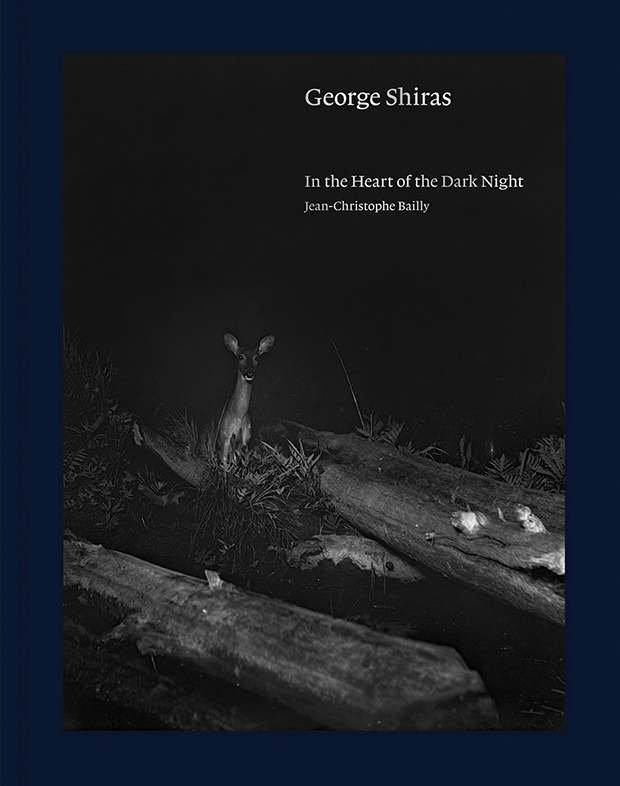