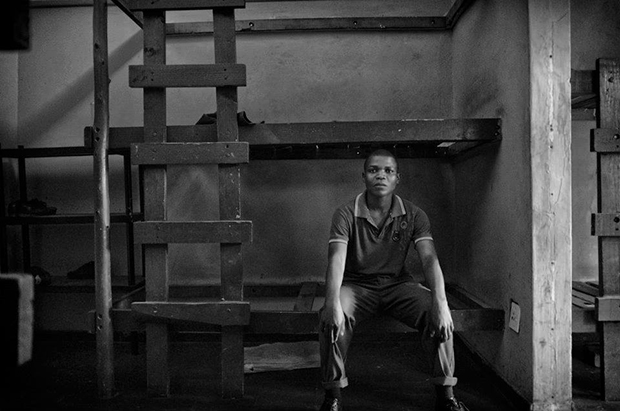 Christopher Rimmer: Being a fine art photographer and separated from the tradition of photo journalism, it is unusual for my work to actually effect social change as such. This image however, is one I consider to be the most important photograph I have ever taken. The reason I consider it to be so is because it effected a small social change in the town of Port St Johns in South Africa.

The beaches surrounding Port St Johns served as the location for my most recent international exhibition, Amapondo which debuted in New York earlier this year before moving on to other galleries around the world.

During my time in Port St Johns, I visited the Eloxoweni Orphanage in the company of an NGO volunteer who asked me to document the orphanage through a series of photographs in order to assist the drive to raise funds to improve the living conditions of the boys who lived there.

Already traumatised by the experience of losing both parents to the scourge of AIDS, the boys lived in run down, cheerless and depressing dormitories without mattresses nor bedding. These dormitories were joined by a communal kitchen where they prepared their own food. At the end of the building was a disgusting bathroom and a single toilet. The interior of the orphanage reminded me of a WWII era Nazi concentration camp and you couldn’t help but be moved by how appalling the place was.

The series of photographs I took here where used in a successful campaign to raise awareness and funding for the boys of Eloxoweni. When people viewed the images, they were genuinely appalled that such a place existed, let alone that it accommodated young, vulnerable kids who had lost everything. Immediate action was demanded and several charities stepped up to the plate with funding which saw the orphanage renovated, new bunk beds were built and provided with new bedding, the bathrooms and toilets were gutted and replaced. Local businesses donated clothing and sports equipment and a backpacker hostel in Port St Johns began a mentoring program and employment initiatives to get the boys out into the community raising their own funds. Revisiting Eloxoweni some twelve months later, I was amazed to see the transformation and happy that my photography had played a part in achieving this transformation.