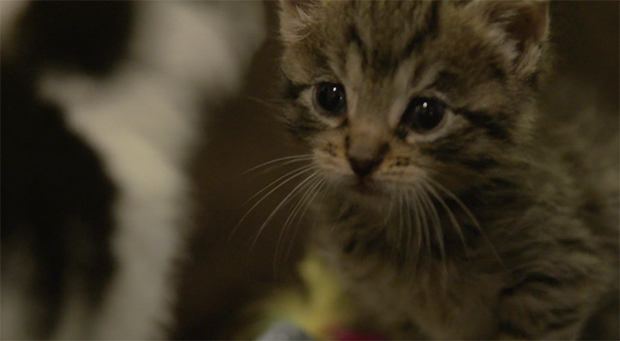 The feral cats of New York City stalk the streets at twilight in search of food, scurrying for shelter whenever a threat passes by in the shadows. Unlike domesticated cats or strays, the wild cats have an instinctual and learned understanding of how to survive the brutal metropolitan elements; today, their population has reached into the hundreds of thousands, and we as human beings who have bred and then neglected our fellow city-dwellers, are responsible for every one of them.

The overpopulation of feral cats is a crisis a crisis that affects cities all over the world, where the cats often remain unseen but no less present. It’s a tough life on the streets, and the future remains precarious for tens of millions of individual felines. The most humane plan of action when addressing the problem, suggests The New Yorker’s Sky Dylan-Robbins is the Trap-Neuter-Return method (TNR), a program by which citizens and animal advocates are able to trap and neuter or spay wild cats before returning them to their secret homes, often small areas hidden from view, or the exact place in which they were found.

In speaking the the experts, Dylan-Robbins produced the above video to call attention to the sometimes polarizing arguments surrounding feral cat populations. While TNR might be the most productive and compassionate means of controlling overpopulation, some stand by plans to euthanize mass numbers of these colonies. The government of Australia, for instance, plans to euthanize two million feral urban cats, while others around the world advocate for similar measures. At the numbers they are at now, the argument here is that the cats pose a threat to wildlife, but as cat-care expert Anitra Frazier tells The New Yorker of the choice to kill feral cats, “As a race, man is not taking responsibility for his actions.”

Indeed, we are each of us accountable for these animals, and together, we are their hope for the future. With the help of colony caretakers, the New York state Senate passed a law if signed by Governor Andrew M. Cuomo, would fund TNR programs. Visit the ASPCA to learn more about feral cats and how you can help. 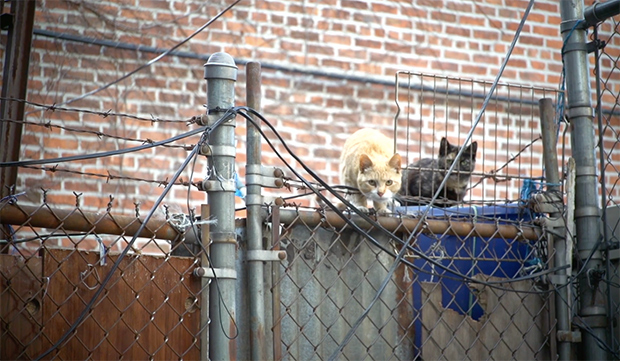 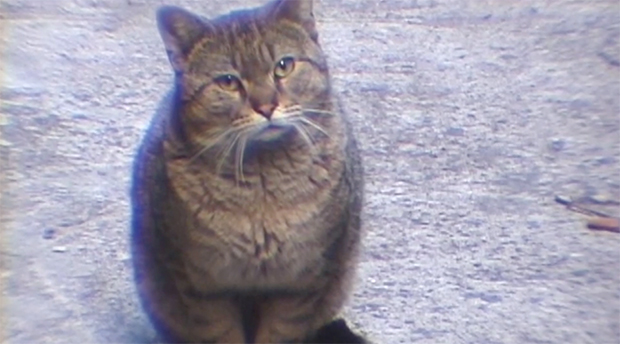