Photographer Comes Out to Her Parents, Documents the Process in Raw, Emotional Images 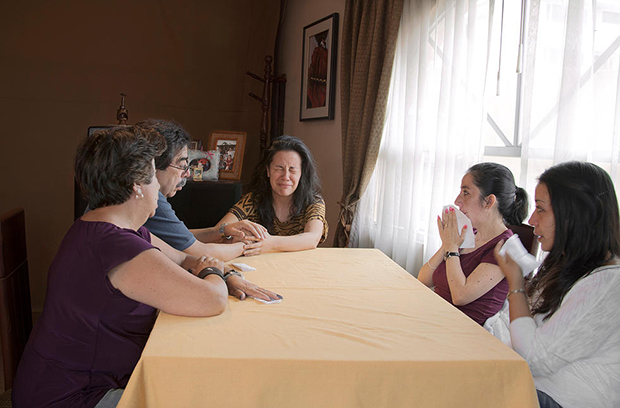 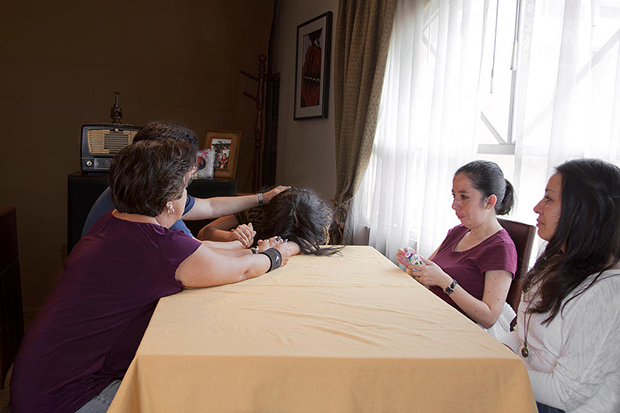 Throughout her life, London-based photographer Paola Paredes has on a few occasions found herself on the precipice of coming out to her parents, but it was only recently that she sat down with her sisters to tell her mother and father, “I’m gay” as three cameras captured the entire experience and discussion, which lasted three hours.

Paredes was raised in Ecuador, where her parents still live, under the guidelines of devout Catholicism. She recognized hints of her sexual orientation since childhood, when she was an alter girl and listened to priestly sermons denouncing homosexuality as morally wrong. She overheard family friends gossiping—aghast—about lesbians kissing in public, and she watched as her parents nodded along in affirmation of their judgements.

Although the photographer was seized by panic whenever she attempted to disclose the truth to her parents, she did confide in her sisters. At some points along the way, she felt resigned to the fact that she might never be able to share the details of her relationships, triumphs and heartaches with her mom and dad. It was the concept of photographing the event that ultimately motivated her to take the leap.

Unveiled, the series that resulted from the conversation, is the tip of the iceberg when it comes to the emotional and technical preparations that went into photographing Paredes’s coming out. Weeks prior to her visit to Ecuador, she printed photographs of her parents and covered her walls with them in hopes of feeling safe, comfortable, and familiar with their faces. She lived with them for a while and documented their daily routines so that they might also feel comfortable with the cameras.

She studied film stills of families arranged around a dinner table, and had a special table made and moved into her parents’ living room to suit the angles of the three cameras, whose shutters were set to release automatically every five seconds. By the time Paredes finally set her family around the table, the cameras hardly seemed odd or out of place. Everything unfolded organically, and of the thousands of frames captured in those few hours, only one pictures someone looking directly into the lens.

Although the photographer admits that it was an emotional experience, her parents were loving and accepting. That had had their moments of suspecting that she was gay, but they waited for her to tell them when she felt the need to do so. In Ecuador, where less than twenty years ago homosexual acts were punishable by up to eight years in prison, learning to understand and to accept a gay family member can be difficult; many children are disowned after coming out. For Paredes, it turned out differently; it’s going to take time, but her parents have gotten past the cultural stigma to see their daughter for the person she is. When she showed them Unveiled, the photographer’s mom and dad were moved anew; their love hasn’t changed. 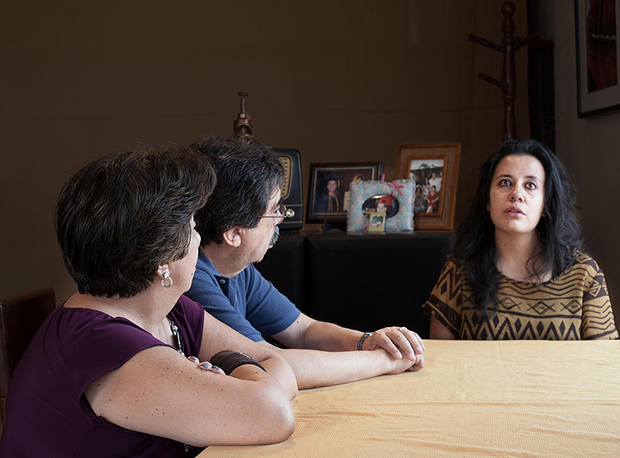 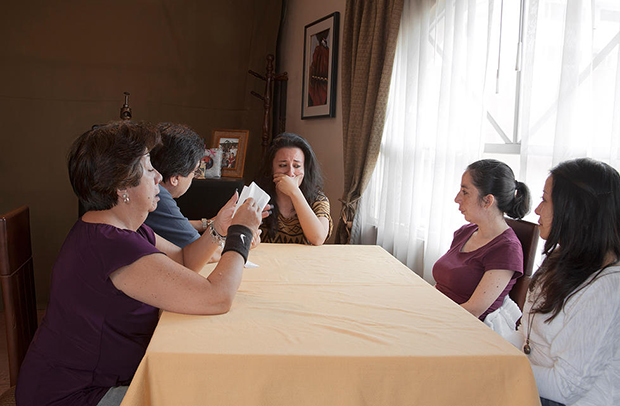 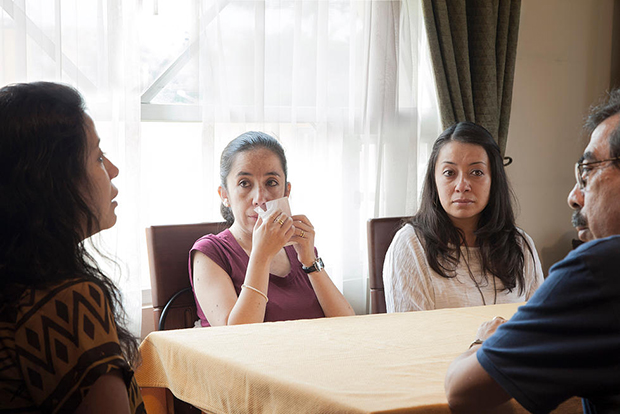 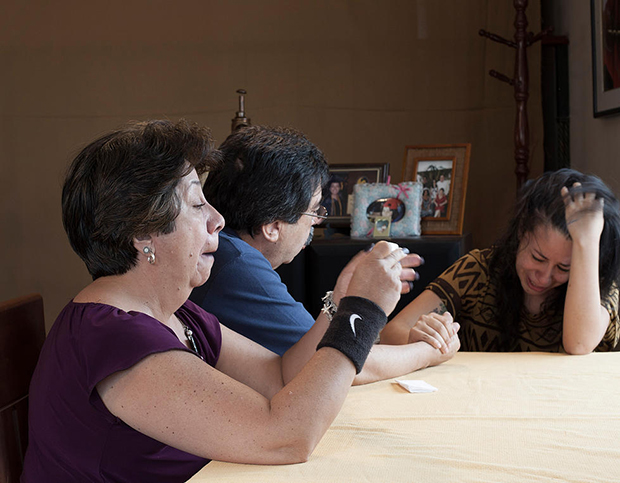 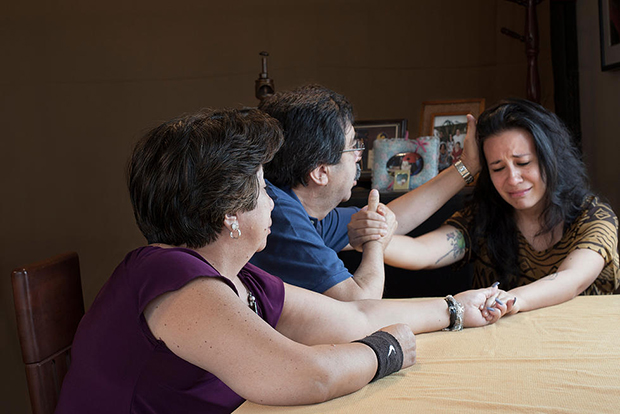 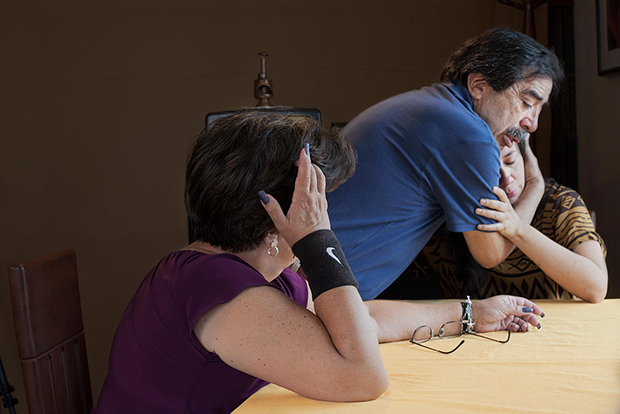 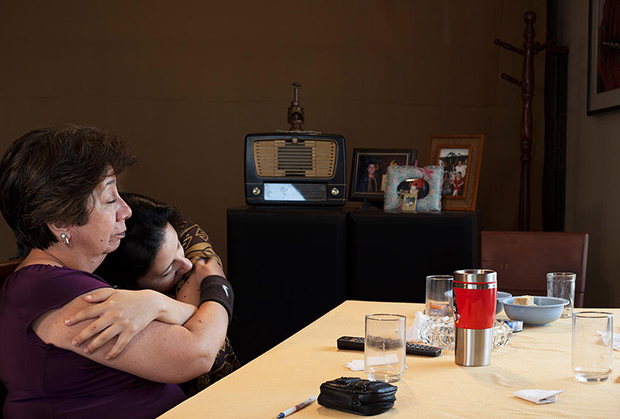 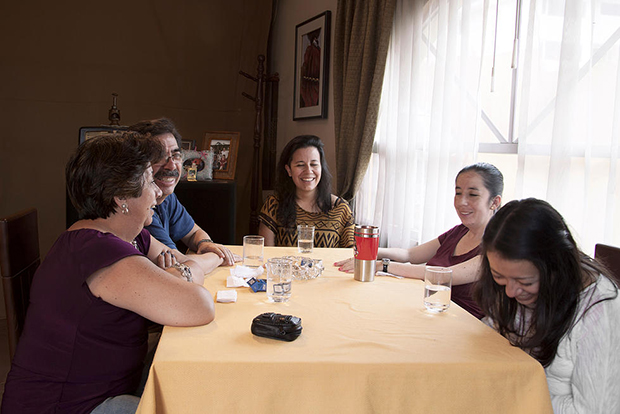 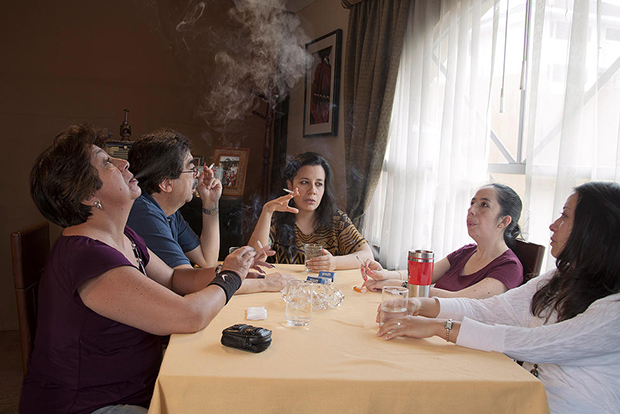 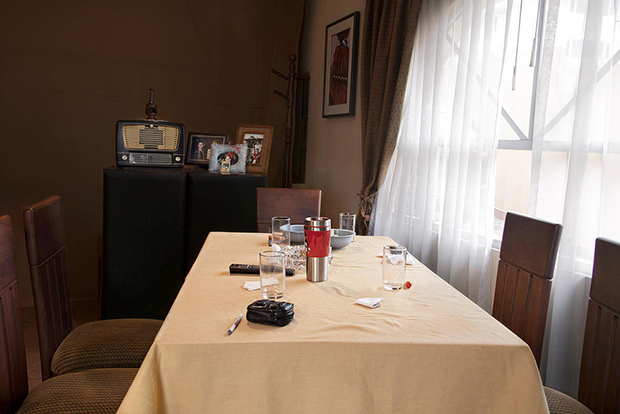