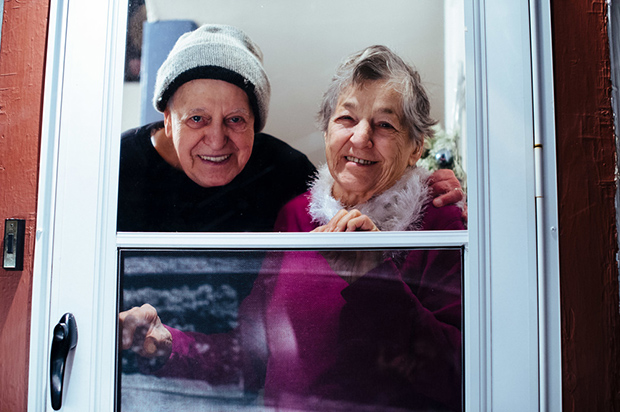 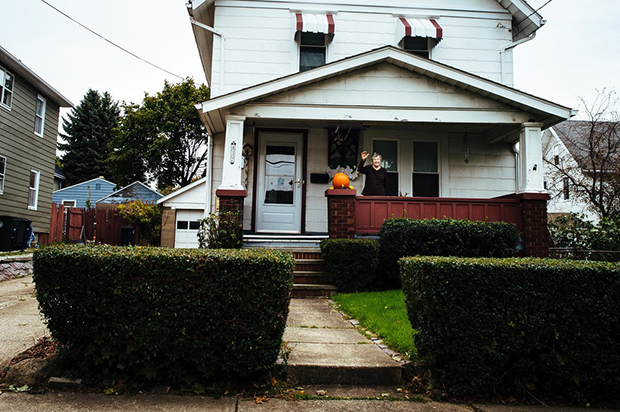 When many of us go home for the holidays, it’s a given that our parents will walk us to the door and wave farewell. It’s a moment that most of us take for granted, but a ritual that speaks both to the enduring affection of family and the melancholy of growing up. For Goodbye at the Door, Cleveland-based photographer Angelo Merendino captures his own parents at such times.

After spending many years far from his childhood home in Akron, Merendino relocated from New York City in the spring of 2013 following the loss of his wife Jennifer to breast cancer. His mother and father, he explains, had entered their eighties, and he no longer wanted to be separated by a distance longer than about forty-five minutes. He drove to see them once or twice per week, and as he puts it, he became “almost obsessed” with capturing these goodbyes, with preserving the memory of his parents in their twilight years. When they asked why it was so significant to him or what he hoped to do with the images, he had no answer other than an intangible impulse that drove him to keep shooting.

It was only in the weeks following his father’s death in May 2014 that Merendino returned to the images he had made of his parents over the last year, many of which had not even been printed. When confronted with the door portraits, a friend observed that her own parents had the same simple tradition, and others joined in agreement. Merendino’s mother, he notes, has had a difficult time coping in his father’s absence, and he visits her each and every Sunday with his girlfriend, dinner in hand. During these weekly meals, the three of them play cards and go over memories of his dad. They always end the same way, as they always have, with his mom waving goodbye at the front door.

In an unpredictable world, the simple snapshots have become for Merendino an enduring reminder of his parents, the lives they created, and the tenderness they feel for him. “They taught me to treat people the way I want to be treated and they led by example. I feel like these photographs show that love,” he writes.

To see Merendino’s series on his wife Jennifer, please visit his website and contribute to his non-profit for people living with breast cancer, The Love You Share. 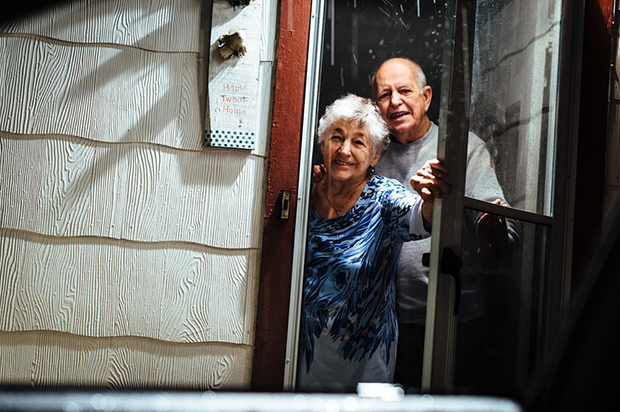 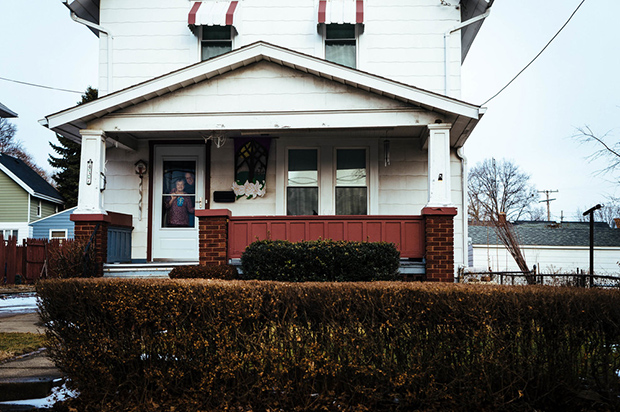 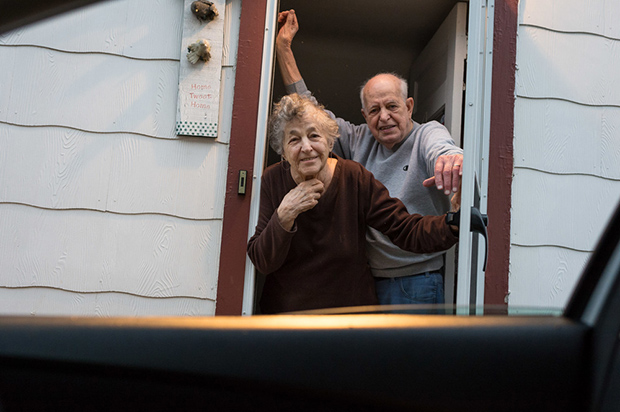 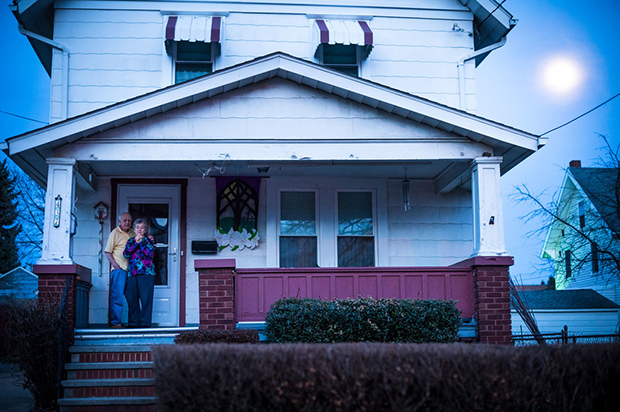 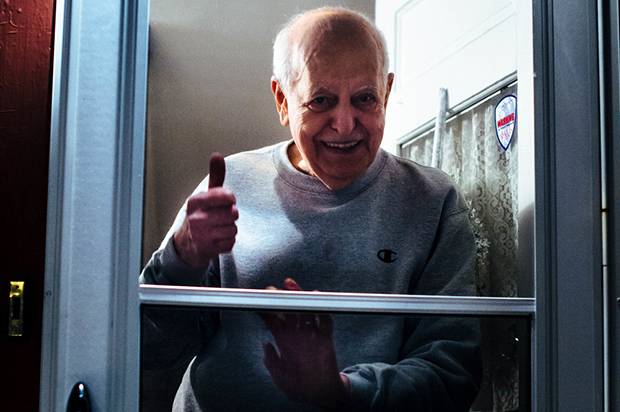