A Collection of Bruce Gilden’s Up Close and Personal Portraits 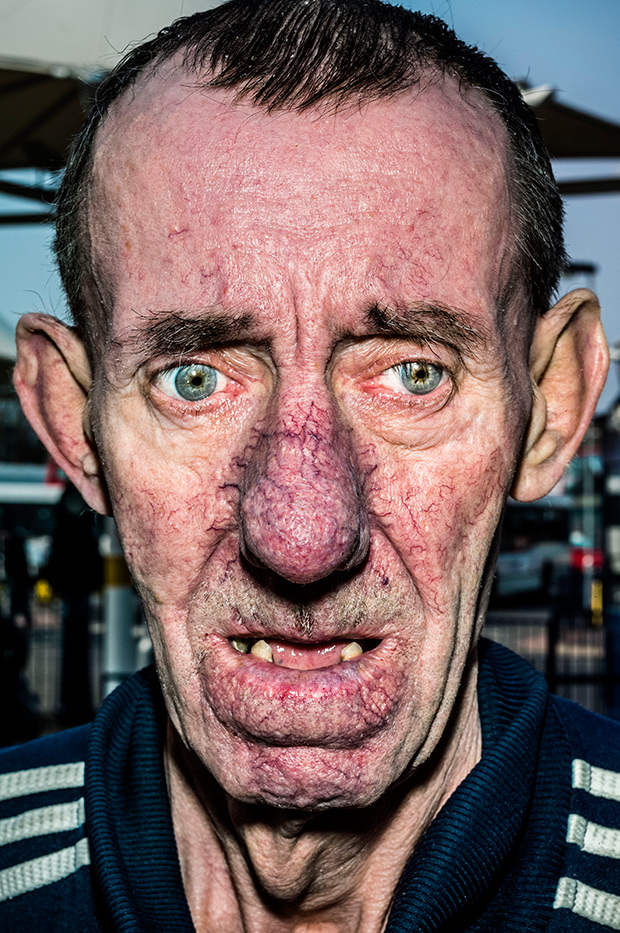 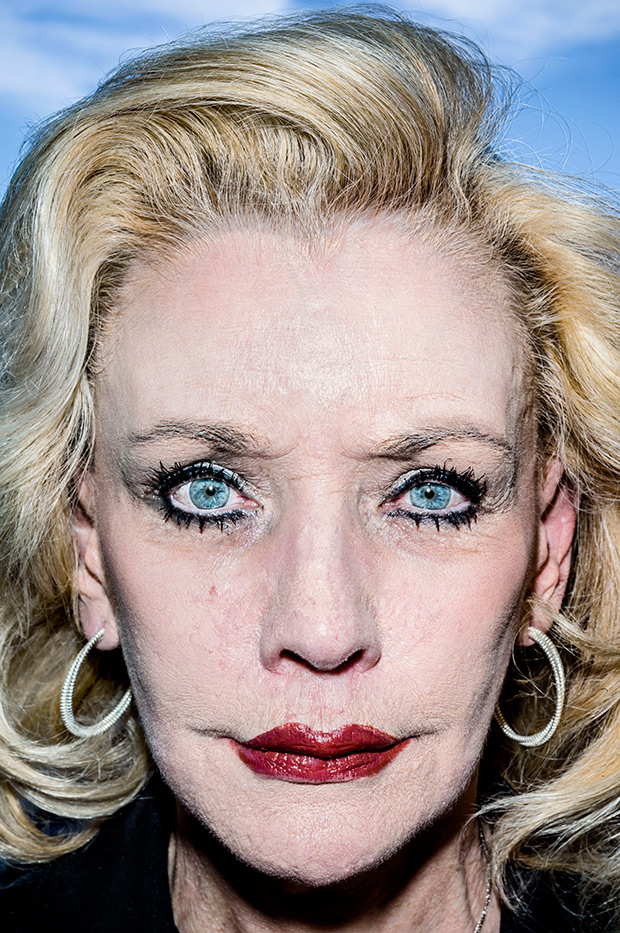 “They’re my friends for twenty minutes,” the New York City-based photographer Bruce Gilden says of the personalities that together make up his newest book Face. Over the past few years, he has collected the countenances of those who spend their lives overlooked and unseen in crowds, visages that when scrutinized, slip from the familiar and banal and over—ever so slightly—into the extraordinary.

Gilden encountered the figures pictured in Face though various commissions, grants, and fellowships, in the UK, the States, and Colombia. He found many at state fairs and some in assisted living communities; though each is unique, the photographer feels an undeniable kinship with every one of his subjects. He only approaches individuals to whom he feels an instant and indescribable alliance, even if that means only shooting three to five frames a day.

He isn’t interested in capturing the strange or bizarre but instead searches for something he recognizes from within himself; “I’m inside with them,” he says of those subjects who seem to have had a rough go of it in some way or other, whose faces are carved and molded by experience.

When asked to define what it is that draws him to one particular stranger over another, Gilden suggests that it comes not from conscious thought but from within some unknowable region of his gut. He divides his subjects into three categories: those he shoots just to get the ball rolling at a certain venue, those on whom he takes a gamble, and the rarest of all, the “killers,” or people he feels the irresistible urge to photograph.

The photographer asked permission to take all the photographs in Face, and along the way, he realized that many of the people to whom he gravitated were eager to be seen and recognized. One woman, after a short impromptu photo session, glimpsed Gilden’s portrait and said simply, “I’m beautiful.”

Although Gilden describes himself as “personable,” explaining that he can relate to anyone and treats all he meets with the same sensibility, he is no longer in touch with anyone in Face. He isn’t looking for new friendships; he’s happiest with his wife and cats. One woman, he explains, gave him her phone number, but he never got in touch. He prefers these fiery and immediate bursts of intimacy over the constancy of abiding relationships; “People may not believe it, but I’m pretty sensitive,” the photographer says.

Face is published by Dewi Lewis. 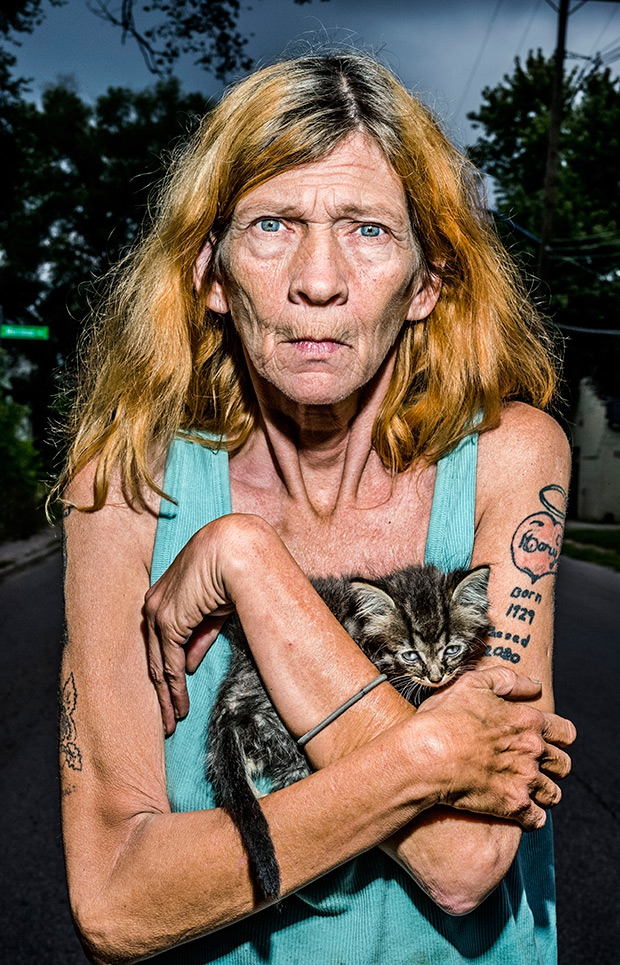 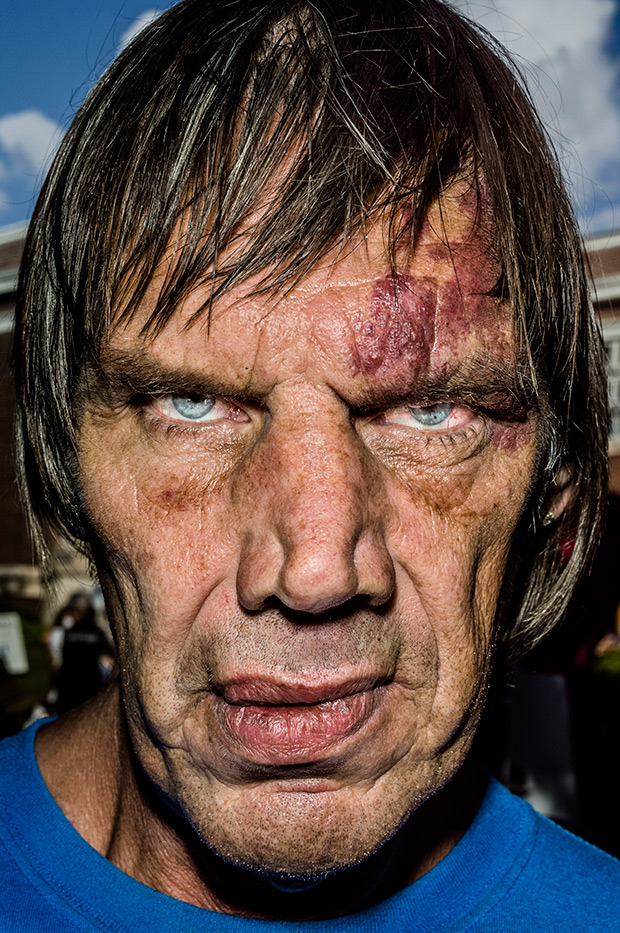 Columbus, Ohio, in the Bottoms neighborhood 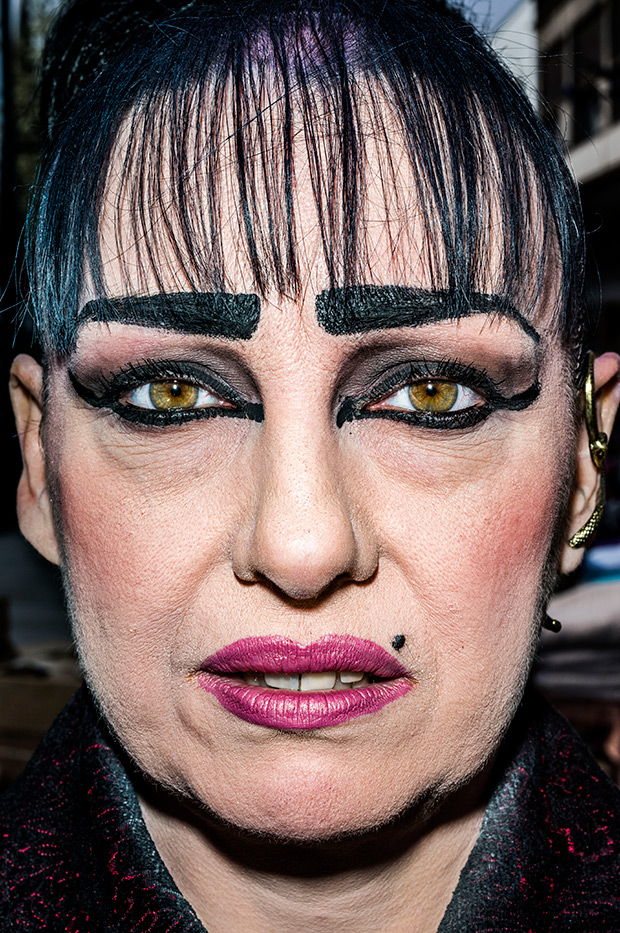 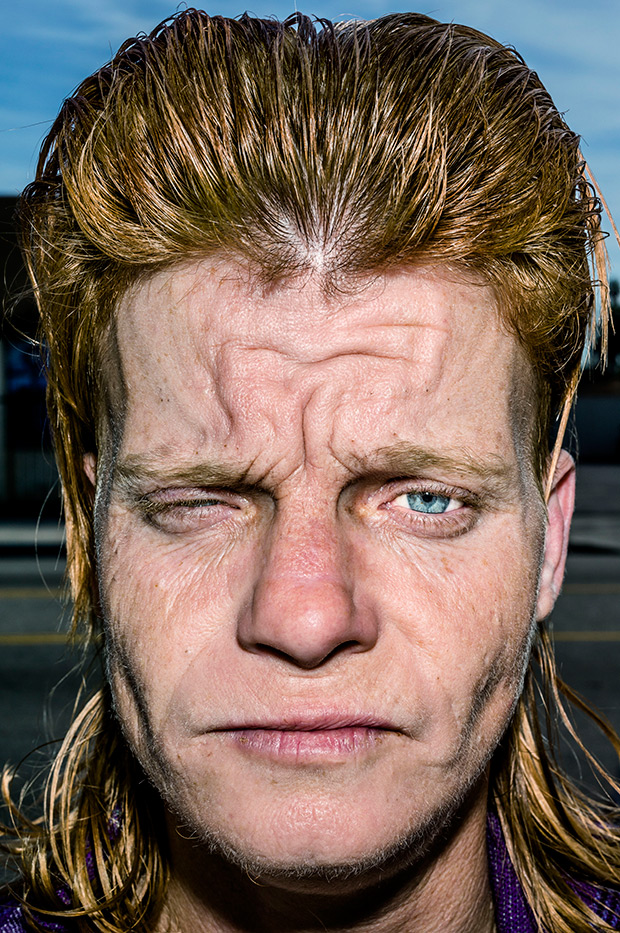 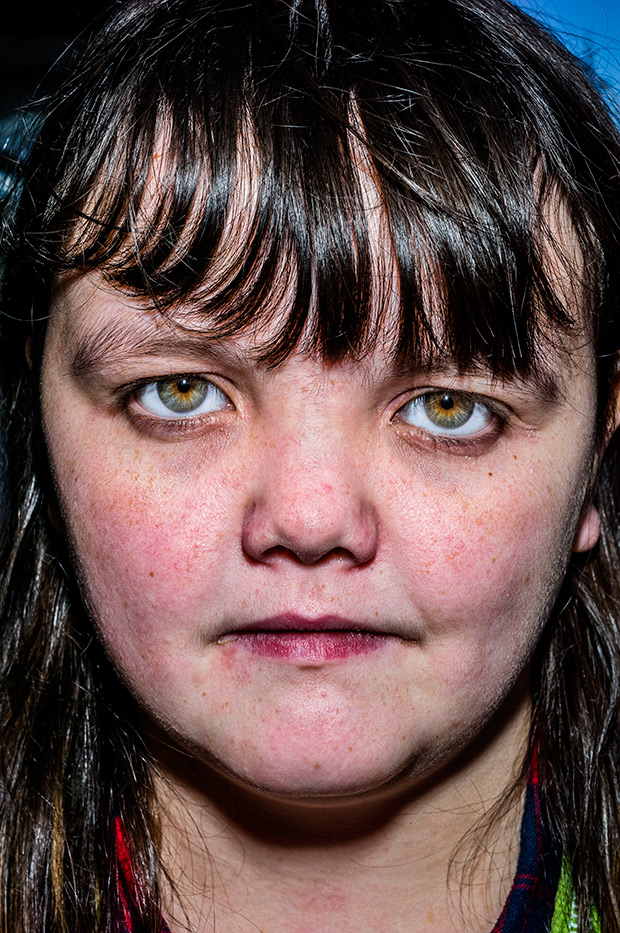 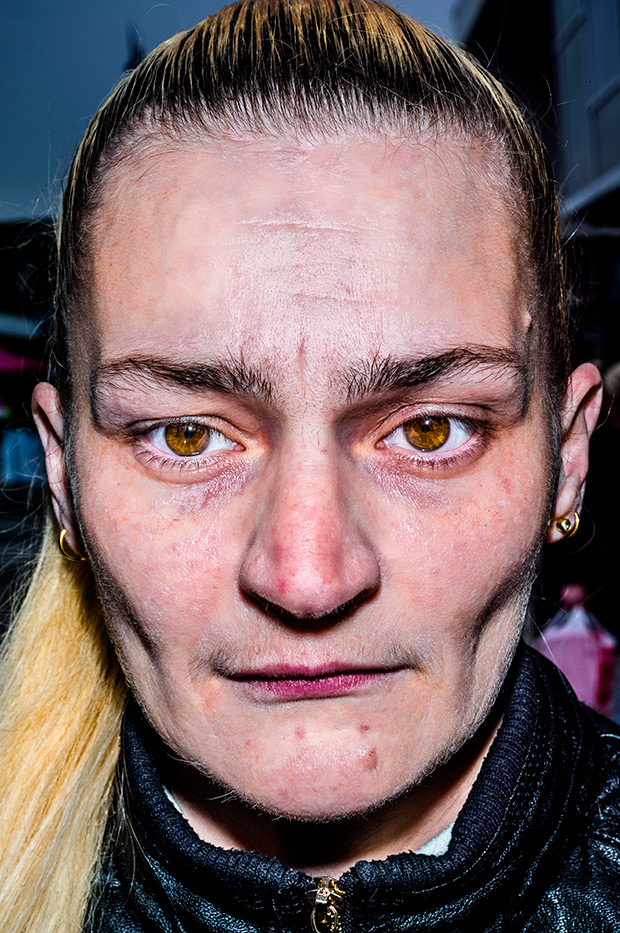