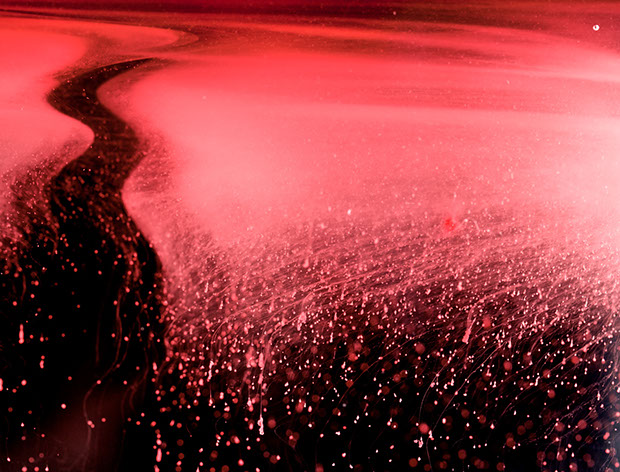 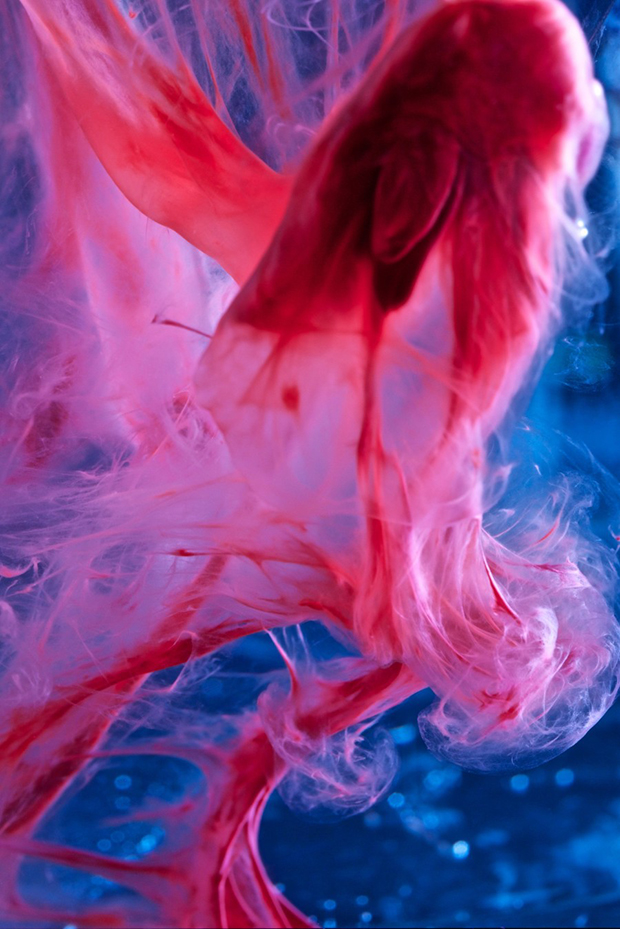 Before Denver-based artist Jen Lewis began using the menstrual cup, an eco-friendly alternative to tampons and sanitary napkins, she hadn’t given much thought to the pictorial potential of the blood that appeared in her toilet each month. In 2012, she gingerly switched to the cup on the advice of her doctor, surprised to discover that when she discarded the collected fluid, it formed swirling shapes, both abstract and figurative, against the alabaster bowl. In collaboration with her husband Rob, Lewis embarked on what would become Beauty in Blood, a project devoted to subverting the stigma and shame that surrounds societal perceptions of menstrual blood.

The project began with the Lewises constructing a makeshift studio in their bathroom; while Jen poured the blood, Rob captured its movements on a camera outfitted with a macro lens. Since then, the couple has experimented, forging new techniques that deliver dynamic textures, shapes, and color gradients. They shoot either by the toilet or in an aquarium set up in their kitchen and filled with varying quantities of salt and freshwater. With each new mixture (and each new period), a fresh and spontaneous configuration is born, with the fluid alternately clotting and thinning, dissipating or flowing harmoniously. Depending on the qualities of the blood and the water, the final composition may be delicate or robust, caught in the precarious moment before it transforms into something entirely different.

The aesthetic qualities of Beauty in Blood ultimately serve as a point of entry into more complex dialogues about the ways in which global ideologies about menstruation have oppressed and underserved women. Where blood and gore have become a staple of popular culture, suggests Lewis, period blood remains taboo, and girls and women are made to feel embarrassed, ashamed, and unclean for undergoing the natural bodily process. In both the United Kingdom and Canada, feminine products are classified as “luxury items,” meaning that homeless women often do not have access to free supplies, and many find themselves too embarrassed to ask for the essentials they need. In Nepal, Sierra Leone, and Afghanistan, menstruating girls face various limitations, including being forced to stay home on school days and missing out on the opportunities afforded to their male counterparts.

For Jen and Rob Lewis, finding artistry in menstrual blood is a step towards validating not only the female body but also the female experience. The project has inspired the duo to talk candidly about the details of her period, and it has inspired Rob to open up the conversation on his own and to include men in the discussion. The process, says Jen, has bonded them as a team, and now that a viral audience is seeing their images, she is profoundly heartened and encouraged by the positive response it has received. When contacted for this piece, Lewis signed her note with the original valediction “All the bloody best,” a phrase that is as endearing as it is radical.

In a talk she gave last year at the University of Michigan, Lewis recounted the moment when a colleague showed the series to her teenage daughter, who believed, quite simply, that they were beautiful. When the girl was told that they depicted menstrual blood, she recoiled, that initial feeling of awe fading into disgust. From there, her mother spoke to her about the feminist implications of the work and the significance of the pieces. Since then, the daughter has learned to look at the fluid differently, and the family has purchased some of Lewis’s work, making it a permanent reminder and validation of their bodies. 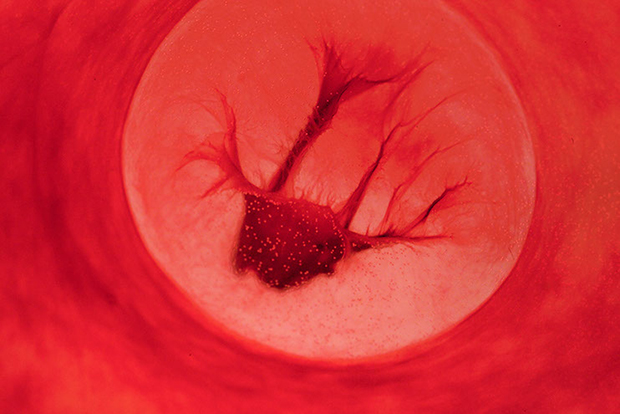 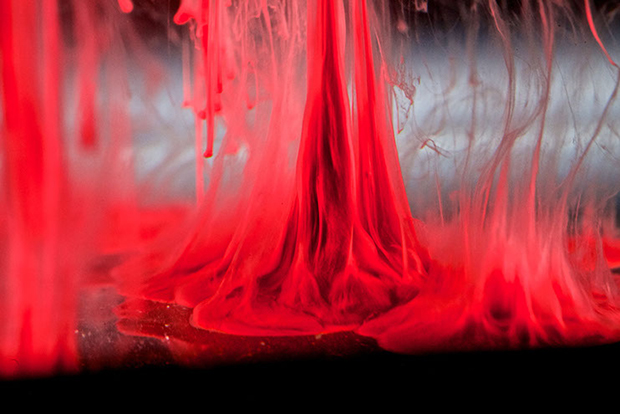 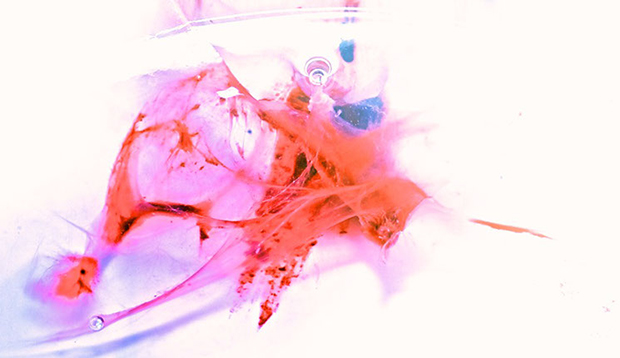 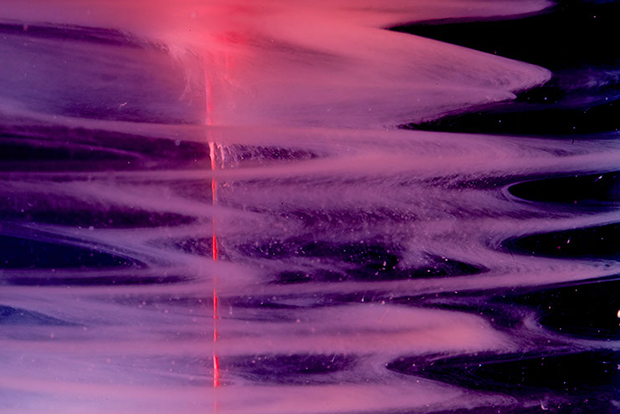 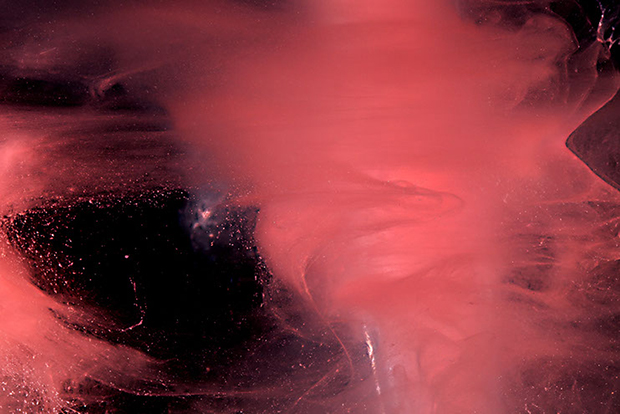 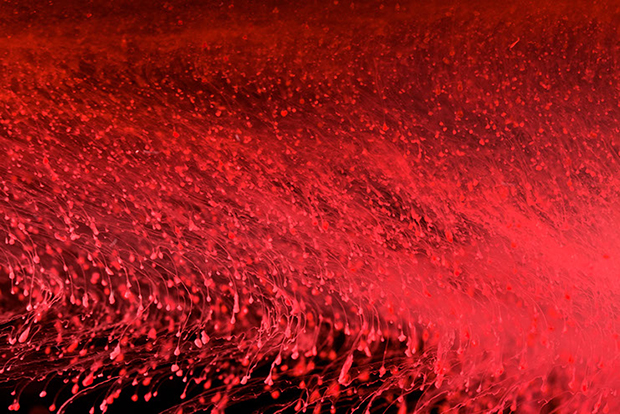 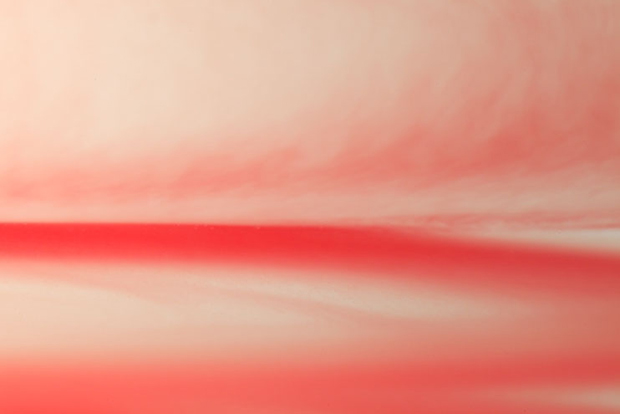 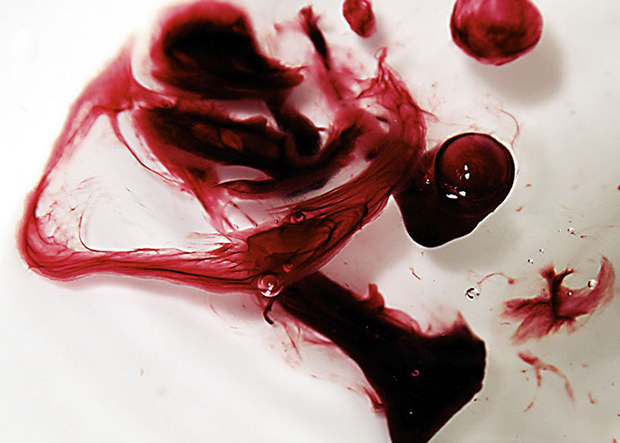