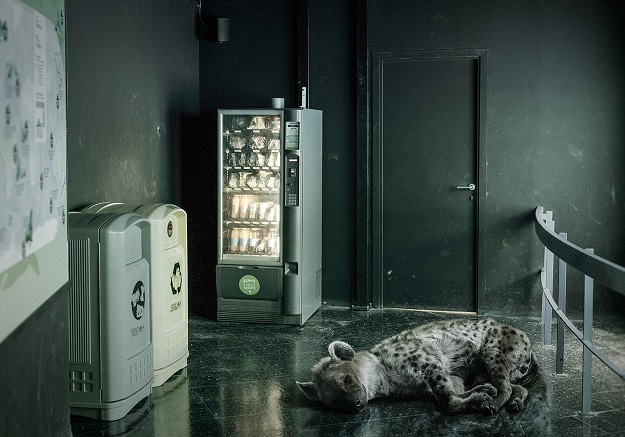 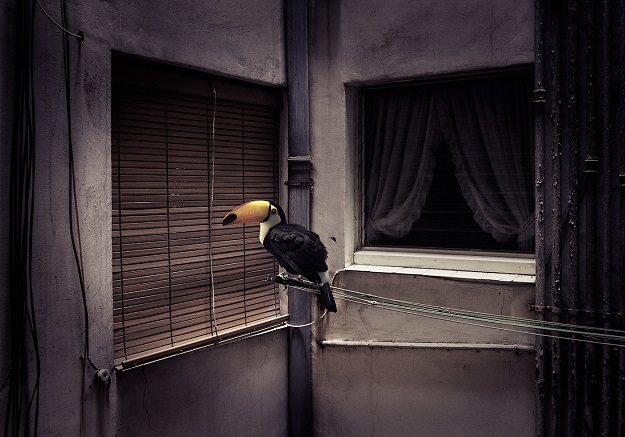 Spanish artist Pàtric Marín’s composite photographs depict exotic animals in dingy urban environments. The images in The Rough Skin of the Elephant suggest a future of “habitat fragmentation” and a world in which wildlife habitats have been transformed in order to make such places more comfortable and livable for humans. The pieces are more than pictures of escaped zoo animals loose in a city, and although each image can stand alone, a mysterious, dark narrative links the photographs in the series together. Marín states that his work is an attempt to incite in viewers “the empathy that seems lost as some step of the evolution of our species.”

Like the work of Mikel Uribetxeberria, Marín’s images are not only strange but unsettling. There is a voyeuristic component to the series; it’s as if the animals are being recorded by surveillance cameras, or they are trying to be hidden in a public place. 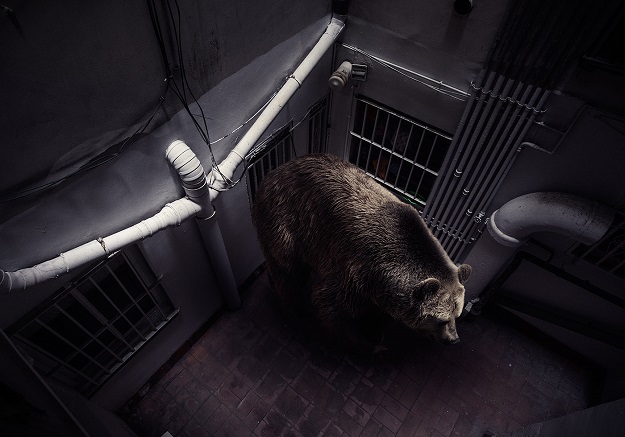 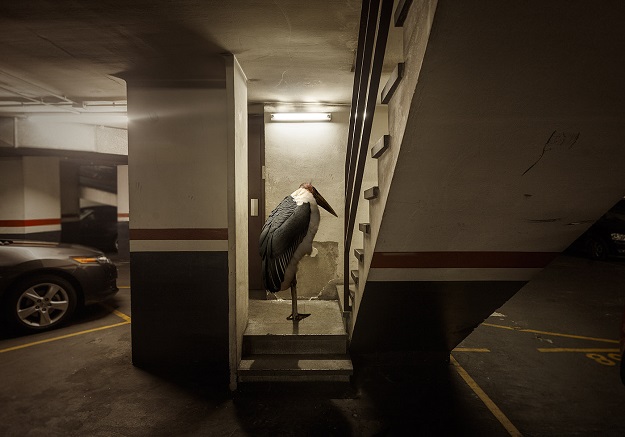 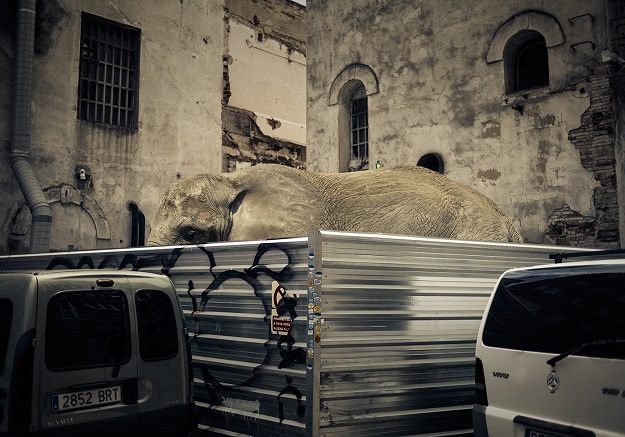 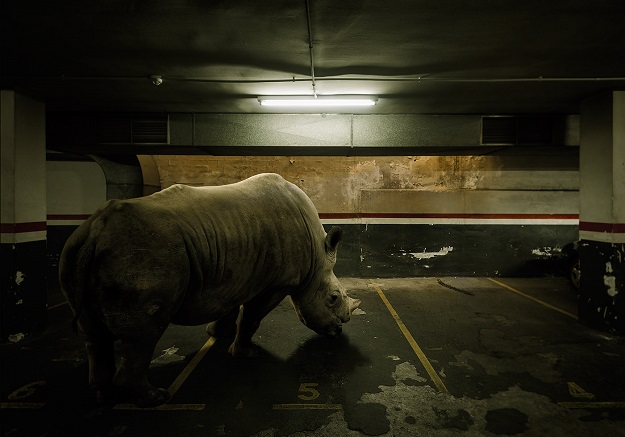 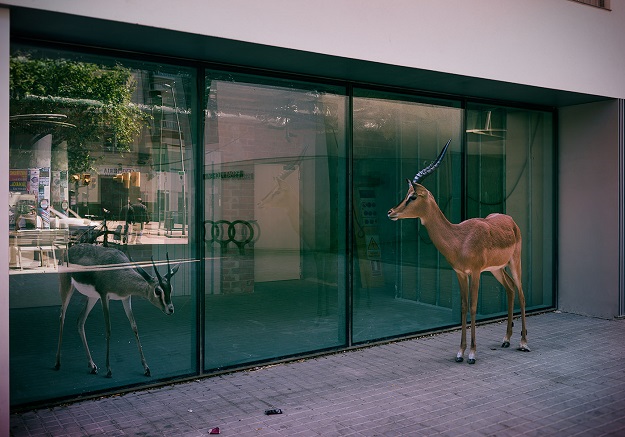 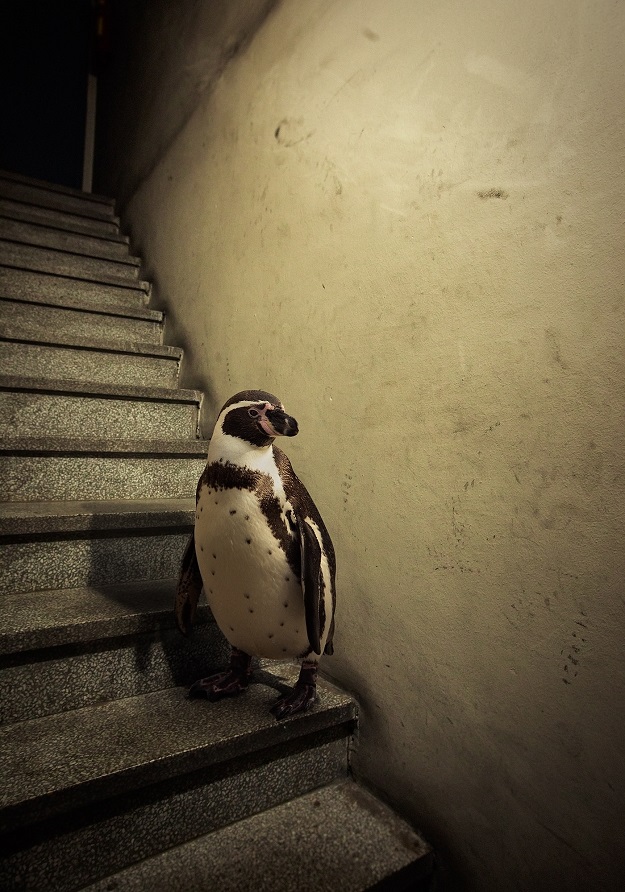 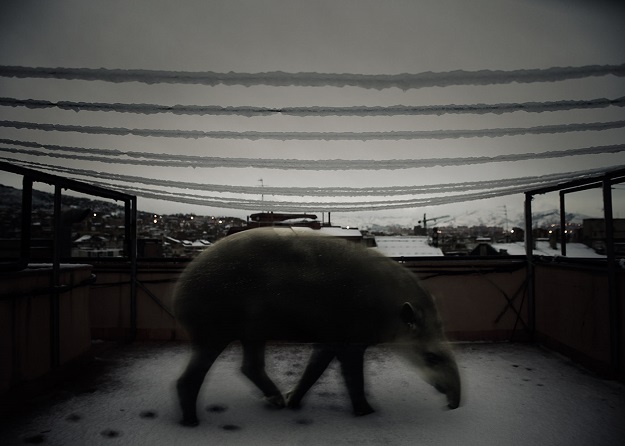