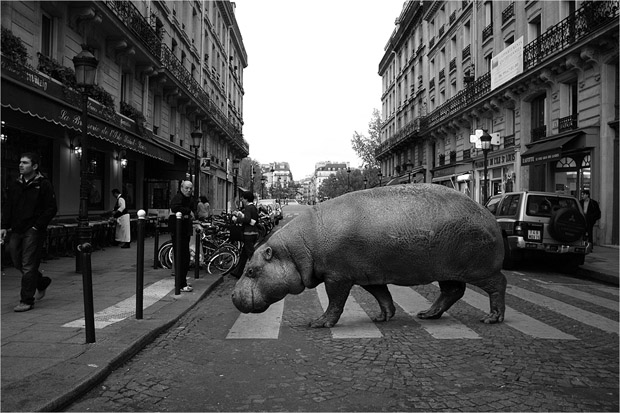 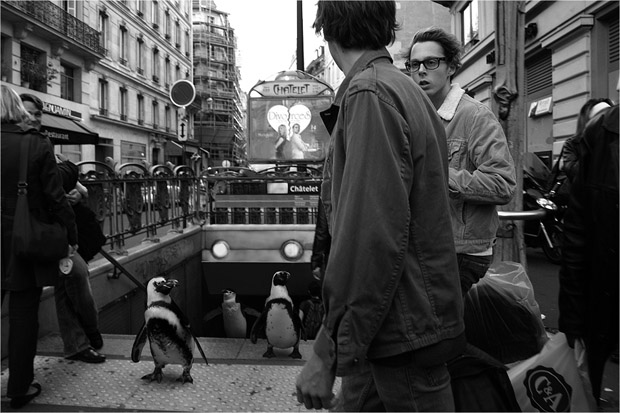 This series began after Lithuanian surrealist artist and part-time street photographer Ceslovas Cesnakevicius travelled to London and Amsterdam, and was surprised by the diversity he faced in both cities. Compared to his homeland, formerly a republic of the now defunct Soviet Union, “where everybody standing out of grey mass was completely legally bullied or even persecuted by the state,” this kind of ‘tolerance’ for people of different cultures and nationalities was entirely novel to him. And so The Zoo was born – the idea to transplant wild animals within street scenes to demonstrate a point, that diversity is wonderful and should be embraced.

Penguins waddle out of a subway station; an emu parades down the centre of the street like a fashion model; a hippo carries his bulk across a zebra crossing; in this world nothing is given a second glance. It’s a harmonious world in which everything is accepted and man and animal co-exist peacefully side by side.

To achieve the convincing effect, animals have been placed into the city scenes with the help of photo-manipulation, whereby the photographer has seamlessly merged street scenes from his travels around Europe with animal photographs captured in zoos in both London and Berlin.

The artist says, “Having experienced the dark side of being outside of that “happy community”, while growing up, and being in the distance of some 25 years from those days, I am thinking, what kind of person would I be, having grown up in a slightly more tolerant society?” 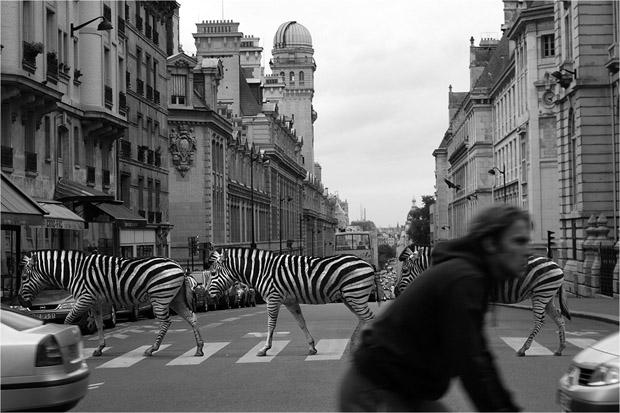 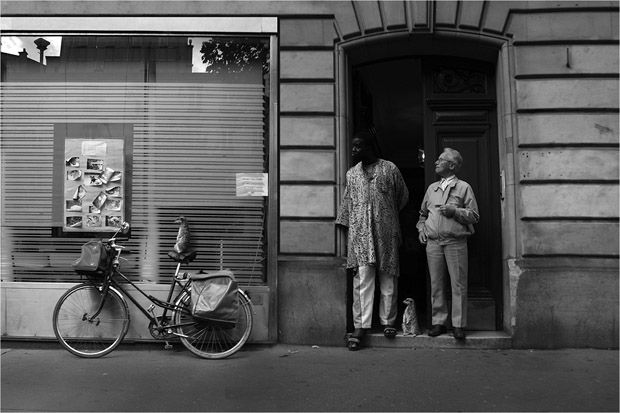 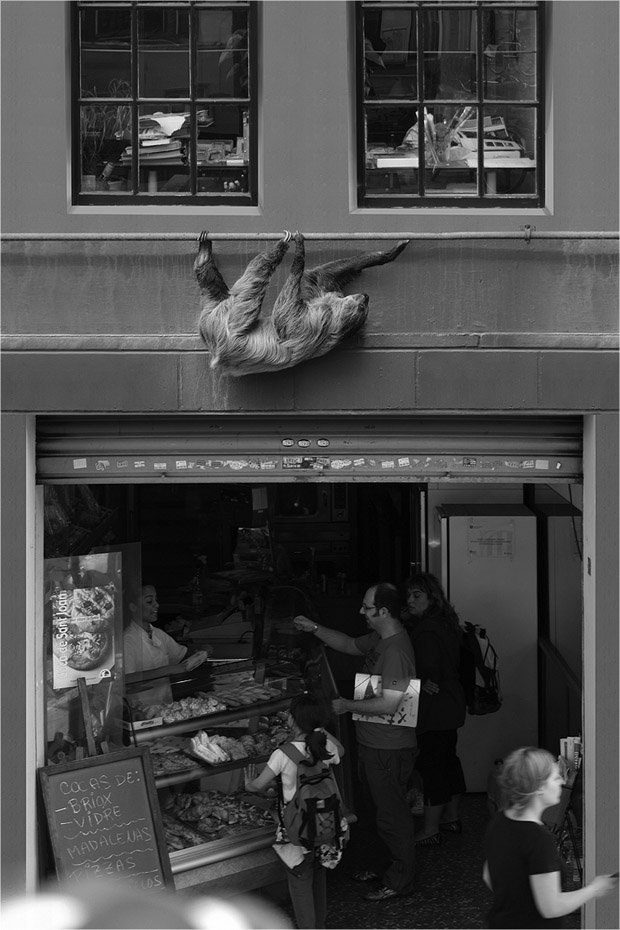 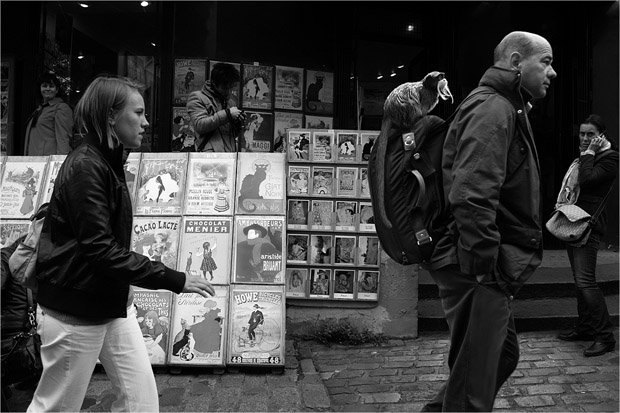 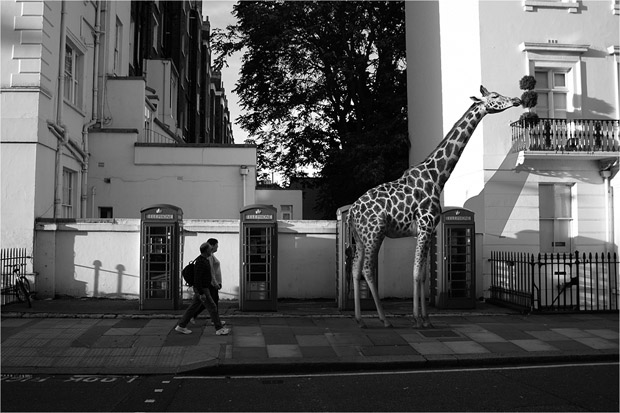 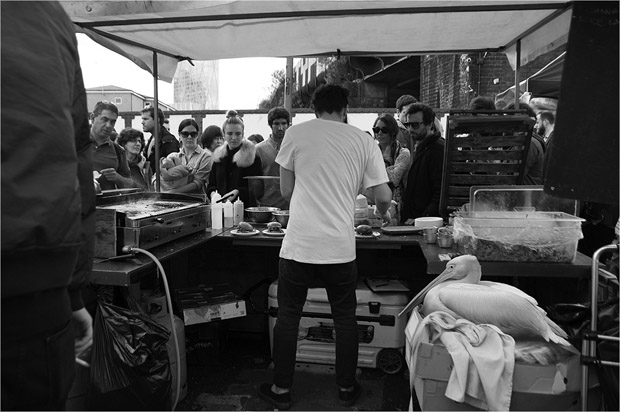 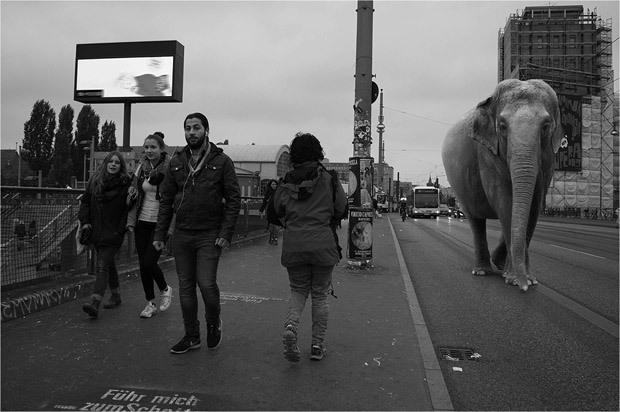 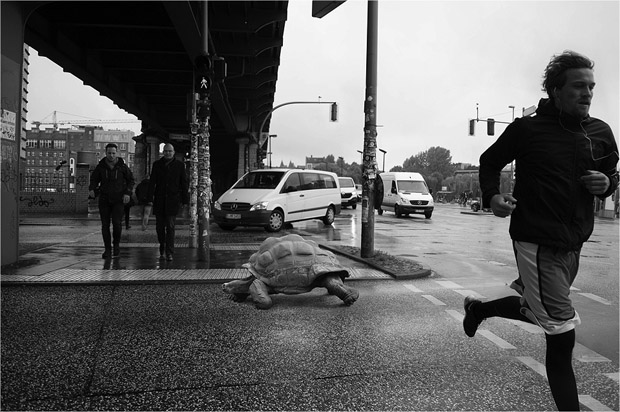