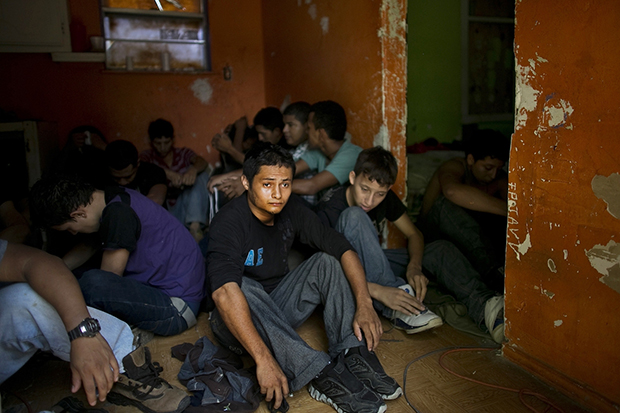 Forty-two migrants are discovered in a two room stash house in San Juan, Texas. Temperatures were nearly 100° and there was no running water. 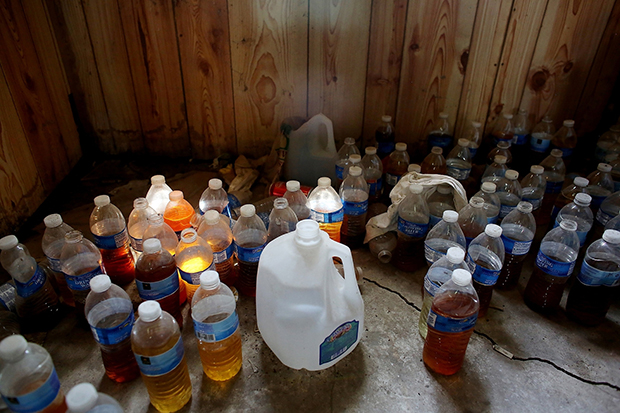 Bottles of urine left behind in a house used to stash migrants in San Juan, Texas.

In 2014, two Central American migrants fled a stash house in Alton, Texas, where they had been kept, abused, and beaten by human smugglers. Thirsty and overheated, they walked all the way to the local police station, imploring the authorities to help the individuals who were still trapped inside the home.

New York City-based photographer Kirsten Luce, who worked alongside the authorities, was there when the men gave a harrowing account of having been brutally attacked and extorted, and she went along for the raid. Their choice to come forward, stresses Luce, ensured deportation, but the alternative was even more grim.

Smugglers with ties to dangerous drug cartel promise to deliver migrant men, women, and children, into the United States for a hefty sum. Throughout the The Rio Grande Valley, they set up these houses for stowing human cargo. The temperature often exceeds 100 degrees, and the migrants must live packed together, frequently without access to running water or electricity.

Having paid thousands of dollars to be transported across the border, migrants are entirely dependent upon their smugglers, who often demand additional payments from family members back home. If the money is not wired, the people in their care—many of whom are women and children—are battered, exploited, or sexually assaulted.

Because speaking out would result in being sent back home, the abused are forced to remain silent. Luce calls the the Rio Grande Valley a “land of limbo,” noting that although the migrants have reached the United States, their ordeal is usually far from over. There are two sets of checkpoints in this part of Southern Texas, and many die of dehydration and exhaustion trying to avoid the second.

Luce remembers vividly the moment she arrived at that yellow house following the tip from the two exhausted migrants. “When we arrived all that was left was a pile of mattresses and sheets in the garage,” she confesses. She never found out what happened to the others, and most of the evidence of their stay was stripped away. 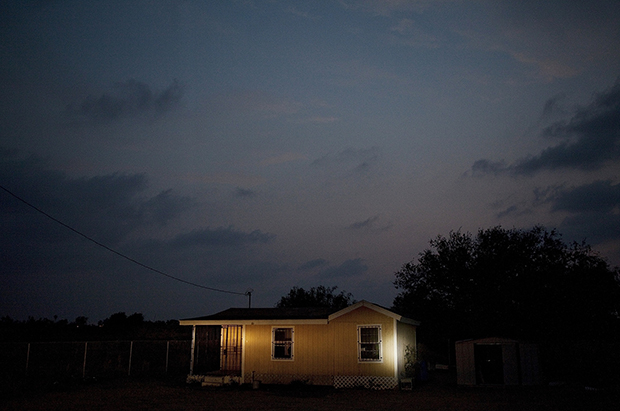 A house in Hidalgo County that was discovered stashed with over 100 migrants. To enter the United States, migrants must navigate a network of trafficking routes increasingly controlled by criminal organizations that move both humans and drugs. 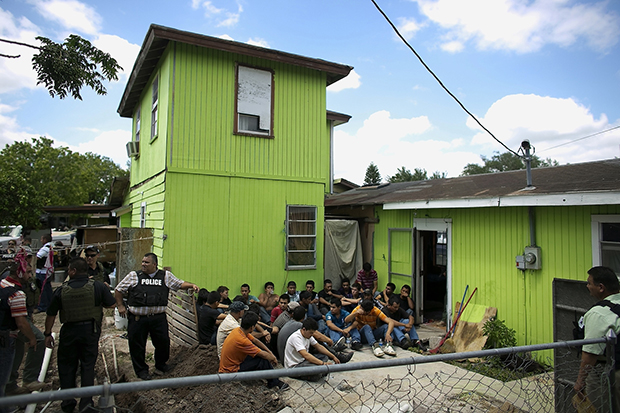 Forty-two migrants are discovered in a two-room stash house in Texas in their first days in the United States. The migrants were hungry and dehydrated. 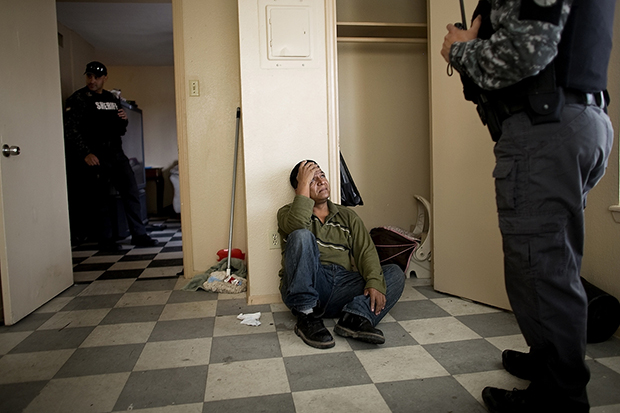 A migrant is discovered hiding in a closet in an apartment being used temporarily as a stash house in Weslaco, Texas. 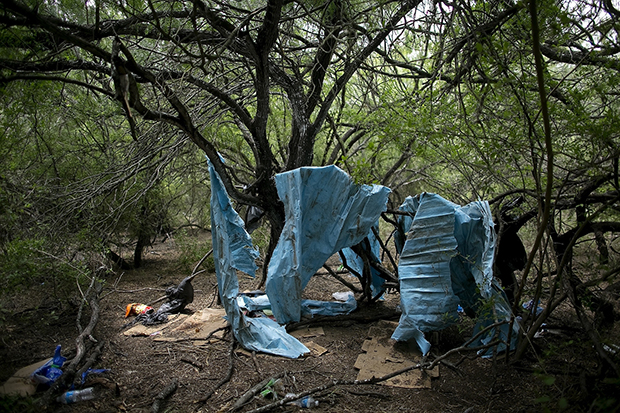 After successfully crossing the river, some migrants spend their first nights in this makeshift camp in Texas while their guides collect exorbitant fees from their families. 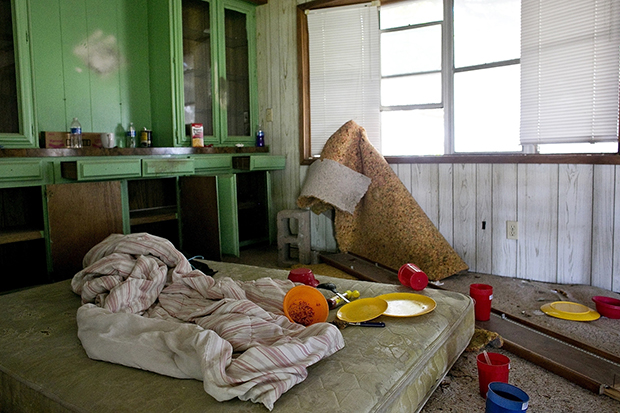 This scene remained after a stash house raid in San Juan, Texas. 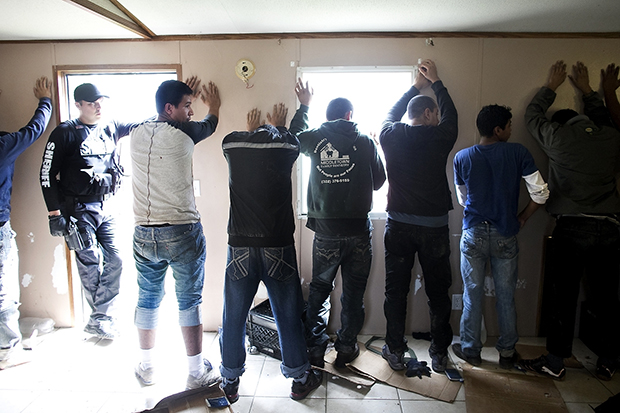 Over sixty migrants are searched after being discovered in a stash house in Weslaco, Texas. 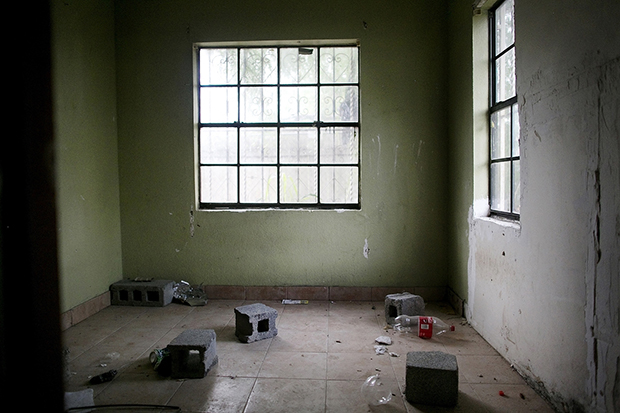 This house in San Juan, Texas was discovered filled with migrants. 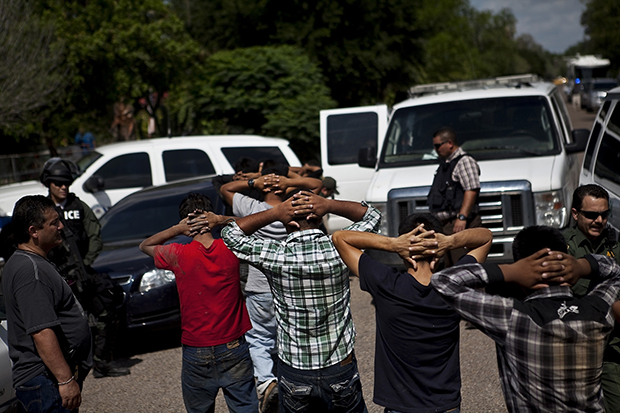 Migrants discovered in a stash house in San Juan, Texas, are taken to the Border Patrol headquarters, where they will eventually be deported.