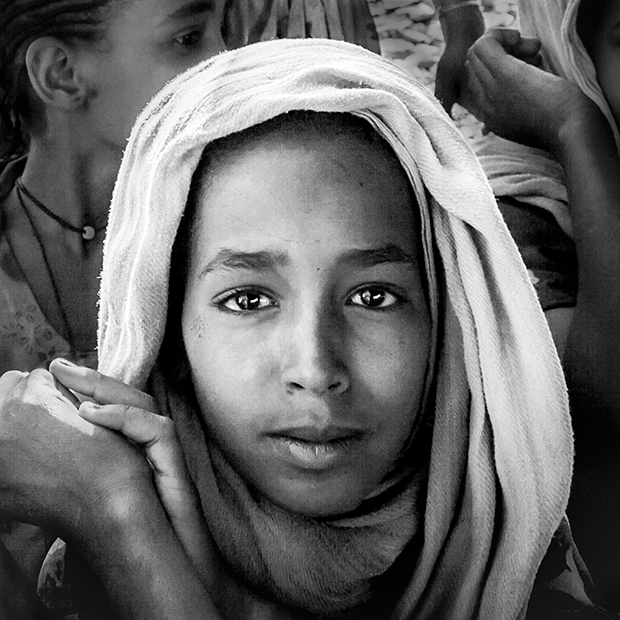 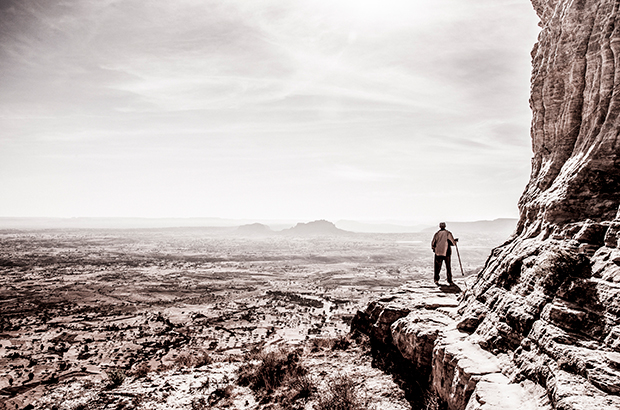 When Julian Lennon was gifted with a white feather by a member of the Indigenous Australian Mirning tribe, his mind immediately returned to his father John, who had once told to look out for white feathers as a sign of reassurance and hope after he had gone. Soon after, the younger Lennon founded The White Feather Foundation, a non-profit committed to addressing poverty, environmental crises, and preventable disease worldwide.

For a recent initiative, The White Feather Foundation partnered with Charity: Water to bring clean drinking water to remote areas in Ethiopia. Throughout the journey, Lennon documented his surroundings—from the sweeping landscapes to the people he encountered—as a way of bringing back something of his trip to the rest of us, to educate and raise awareness about the rich cultures and dire situations facing indigenous communities. As reported by The White Feather Foundation, an estimated one billion people do not have access to clean drinking water, and five thousand die daily from waterborne diseases. During his travels with Charity: Water, Lennon also learned of the efforts of Millennium Villages Project, and devoted himself visiting schools, medical clinics, and farms in development throughout Kenya.

Lennon’s photojournalistic practice, he suggests, is based on recording and transmitting the realities of life for these people rather than about making any elusive artistic statement. Where photographers have long been faulted for “re-victimizing the victim,” Lennon seamlessly navigates the suffering of the world’s people with empathy and reverence. He observes; he listens, and he brings back the stories he has been told. Throughout the struggles, he unearths a pulsating core of hope, highlighting the strength of the human spirit and the will to survive.

The goal, says Lennon, is to join photography with philanthropy, and his collection proves that it is often the most hushed, restrained, and attentive images that cry out the loudest. Julian Lennon’s exhibition Horizon is on view at Emmanuel Fremin Gallery until May 2nd, 2015. We spoke with him about the series. 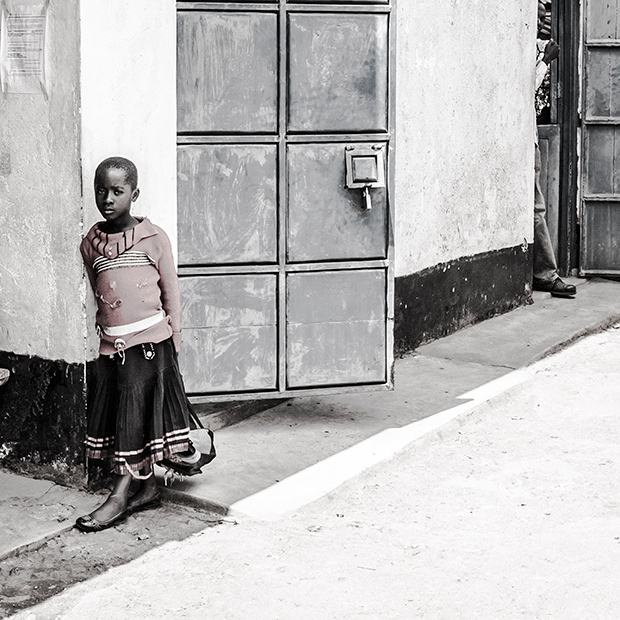 Could you tell us a bit about the history of The White Feather Foundation and the work you do?
“Well, The WFF was set up as a way to give back to the Mirning people, the tribe in the documentary I produced Whaledreamers. They were the ones that came to me, offering me a white feather, who said to me, ‘You have a voice. Can you help us?’ In that moment, I realized I had two choices, to either just keep on keeping on, as a musician/rocker or step up to the plate and help people that couldn’t help themselves. There was only one clear choice for me and only one path to follow, which was to help them and continue to help them and many others in any way I can. This is what The WFF is all about. Initially, we were an umbrella charity, helping those without a voice, but we have now also moved forward with our own projects, mostly directed towards clean water, which started with my relationship with a Charity: Water – Clean Water Campaign, raising money to supply wells and clean drinking water where there was none, which we continue to do today and will continue to do in perpetuity.” 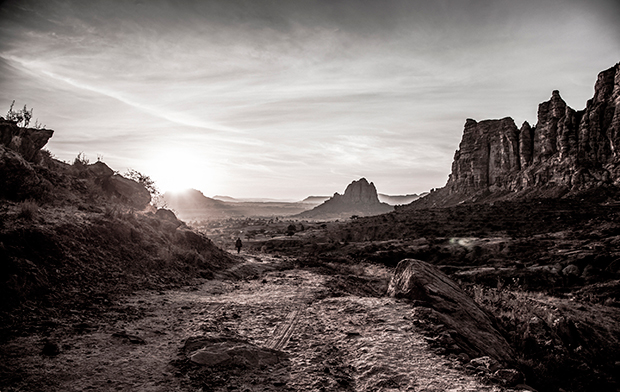 Could you tell us about some of the areas you visited, places without access to clean water?
“I was fortunate enough to visit many places during my touring years, but all I ever really saw was the inside of a tour bus, airports, hotels, and/or the venues I played. This time was different. This time, I went to places I’ve never been to before on behalf of The White Feather Foundation, as a photographer, to record the daily events of my trip. I visited Kenya and the Millennium Village Project, which hosted a small tour of the work they were doing, so that we may be able to aid them in some way, whether that would be via my photography, showing the world the conditions people lived under, or whether by raising awareness and funds for mutual projects.

“Then there was Ethiopia and our partnership with Charity: Water for My Birthday Campaign, where we raised money for new clean water wells. During our tour, we witnessed people living without clean water, during the digging of water wells, and finally, the opening of the clean water wells, marked by a plaque to commemorate the event. Of course, from all of our information via social media and the news etc., we all know too well, what happens to people’s lives without clean drinking water.”

Could you elaborate on your relationship with the Millennium Villages Project? What did you learn from your time with them?
“I and The White Feather Foundation learned that this world is unfair and unbalanced and that so many people living on it are still struggling to survive, even in the most basic of ways. The MVP opened our eyes as to what is still needed for people’s lives to be improved and what’s needed for individuals and families just to stay alive. Upon witnessing the poor conditions of many of the villages’ schools, hospitals and health clinics we visited, we immediately volunteered to get involved to change these circumstances and will continue to do so in whatever way possible.” 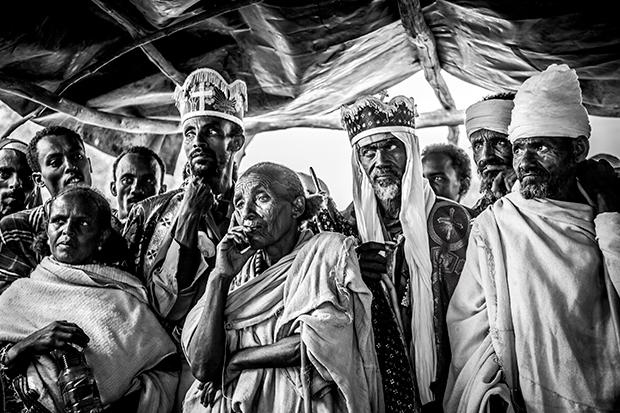 What inspires you about the indigenous peoples you encountered?
“Obviously their wisdom is second to none, far greater than today’s supposedly ‘civilized’ world. They continue to survive under such terrible and life threatening conditions and duress. The simplicity of their wisdom and knowledge still guides the way, should mankind wish to acknowledge it…”

What role does the landscape itself play in your work?
“My landscapes don’t ‘play’ any ‘role’ as such. They merely participate in conveying the truth of what I see before me. They tell the story of a time and a place, to be shared with whomever wishes to learn from that image. I never wish to be analytical about the work that I do, in whatever medium. I always try to let the work speak for itself. I’m just the middleman. The messenger, if you will.”

What moments of hope did you discover in Kenya and Ethiopia, and what motivates you to continue this work?
“You just have to see the smiles on the children’s faces, the glow they have and the dreams in their eyes. What’s more motivating than that?” 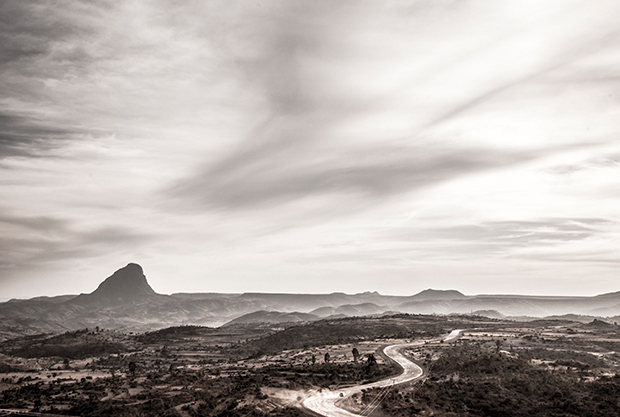