Hordes of Plastic Bags Photographed to Resemble Flocks of Birds 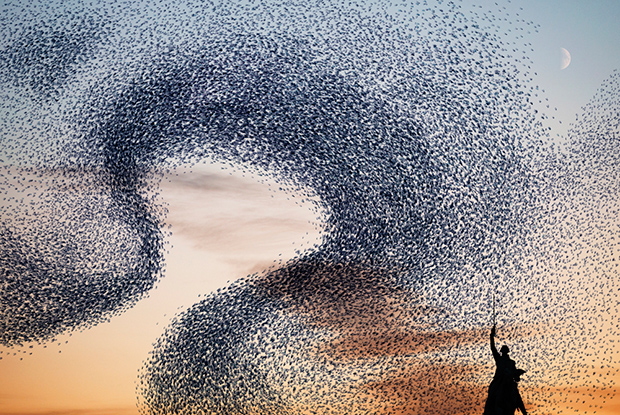 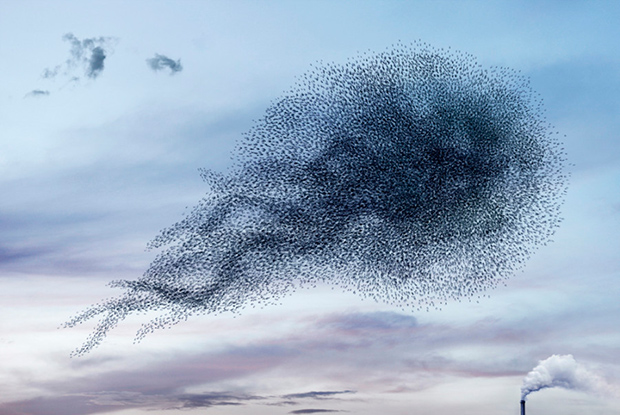 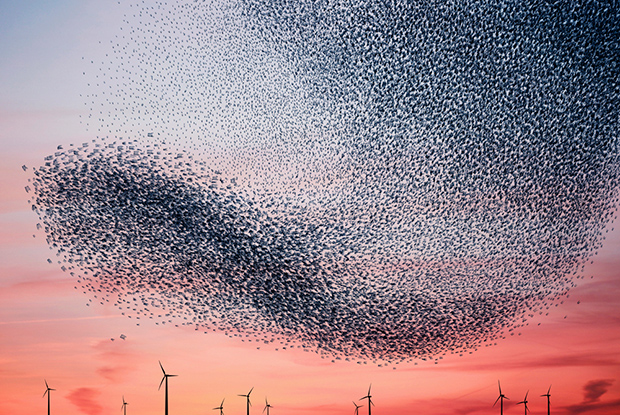 Motivated by his own frequent encounters with pesky, discarded bags along the street, Delorme began to consider the consequences of improper disposal of these environmentally hazardous objects. After learning of the Great Pacific garbage patch, an underwater mass of waste whose undetermined size is estimated to be as large as an entire continent, he imagined the impact of such an accumulation had it emerged in clear view of the general public, and he got to work on building these throngs of inorganic beasts.

After collecting transparent bags of varying hues, he shot each specimen more than one hundred times before compositing the various vantage points into a single frame composed of as many as 100,000 bags. He observed bird flight patterns until he had a firm grasp of their general appearance; because birds roost at sundown, he set the plastic fowl against his own photographs of sunsets shot around the world. He constructed fourteen murmurations to reflect the fact that a single bird can consider and track the movements of seven of his fellows at one time.

Delorme finds both beauty and destruction in the fantastical bevies, admitting that he drew inspiration both from the delicate plastic bag featured in the film American Beauty and from the vicious birds of prey from Hitchcock’s The Birds. Though at first the hordes resemble a sublime natural phenomenon, Delorme shoots the bags on a light box to reveal their uncanny and sinister transparency. In each frame, he includes a marker of human presence—a building, a sculpture, cables—to remind us that despite their alien appearance, these apocalyptic countenances are of our own creation. 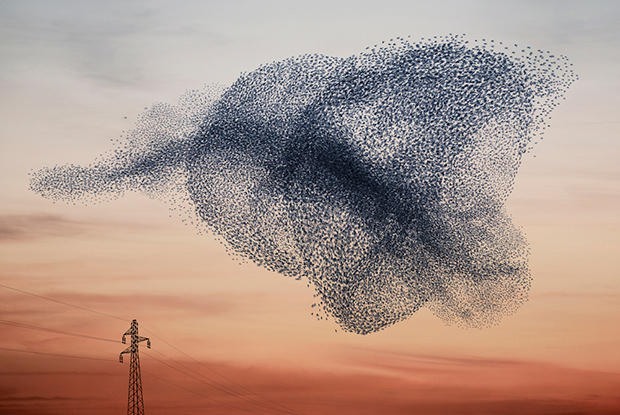 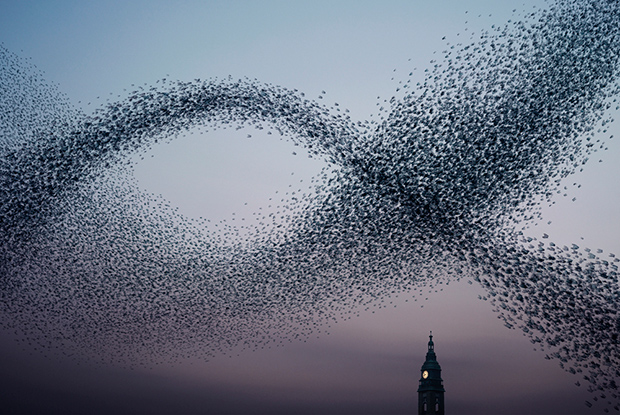 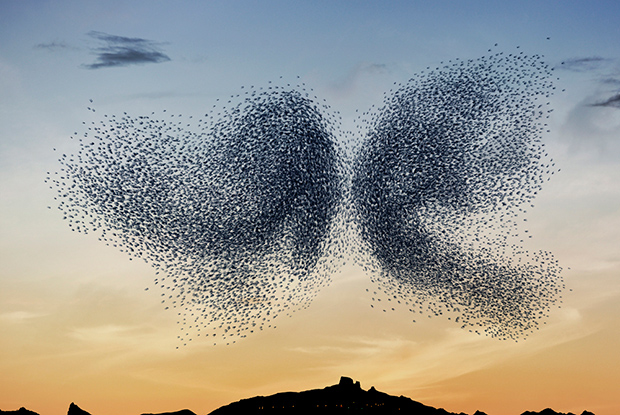 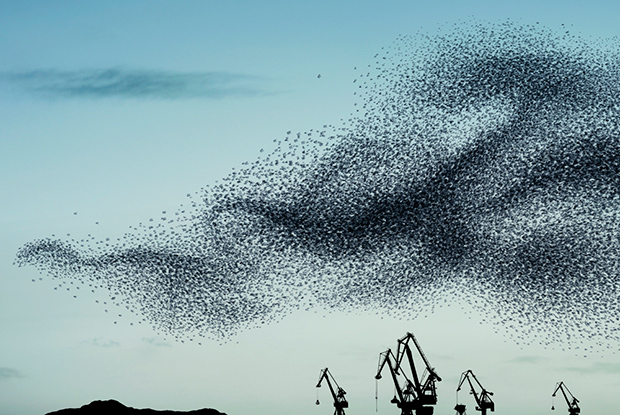 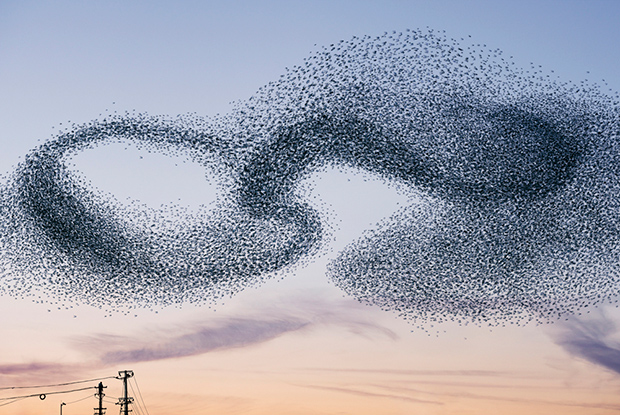 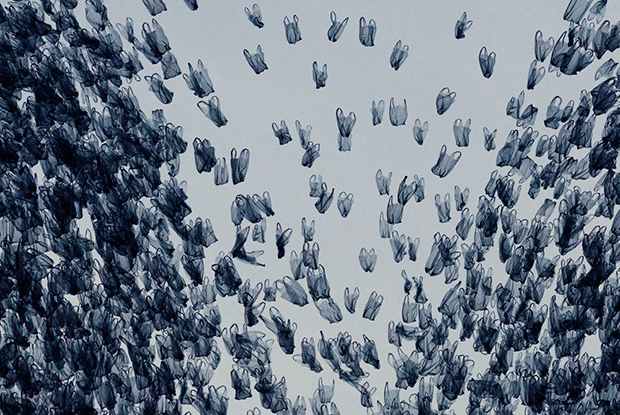