Campfires on Steroids: Photos of Weapons-Grade Explosives Bursting into Flames 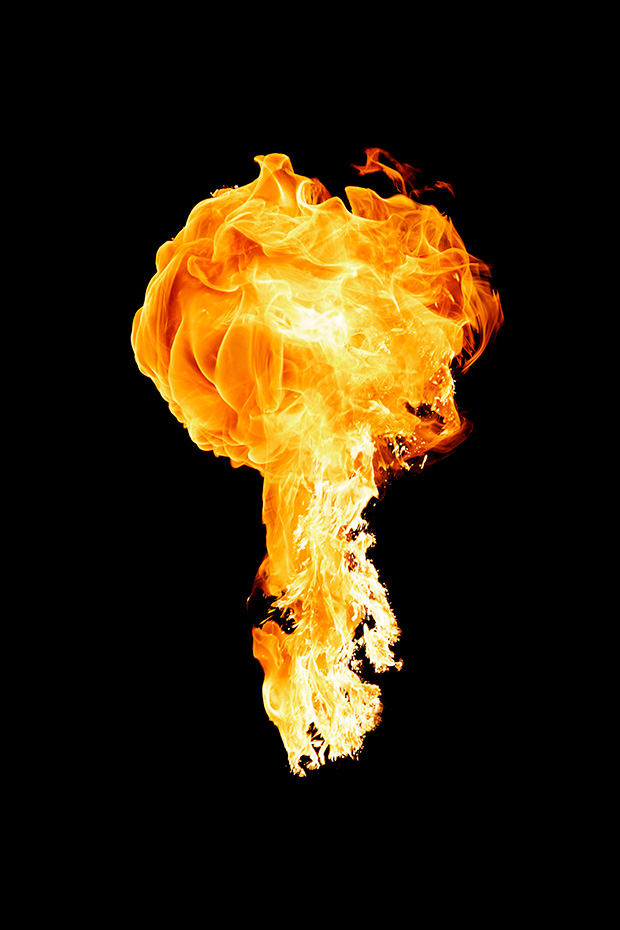 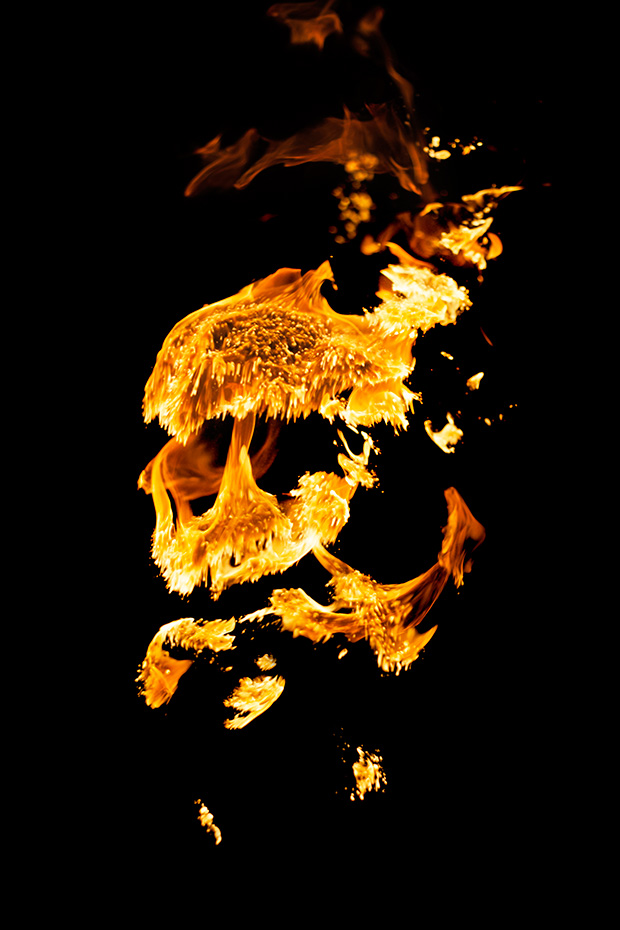 Paris-based artist Alain Declercq’s simple images of explosions are both visually arresting and politically significant. Blast is a series of pictures of various chemical compounds used for weaponry (TNT, C4, napalm, etc.), both currently and historically, photographed as they combust. Declercq has long been making commentary on surveillance, war, and the balance of power. The visual intensity and abstract nature of the images is heightened by the black background. The variety of patterns made by the flames has an element of campfires on steroids, which makes them visually exciting despite the subject matter. First and foremost, though, the work serves as a forceful commentary on the current state of war in the world—24 countries involved in ongoing combat, as of now—and the ease of access to the tools of war in our increasingly weaponized world.

Declercq’s Blast series will be exhibited by Galerie Loevenbruck at LA Paris Photo from April 25-27, in Los Angeles. 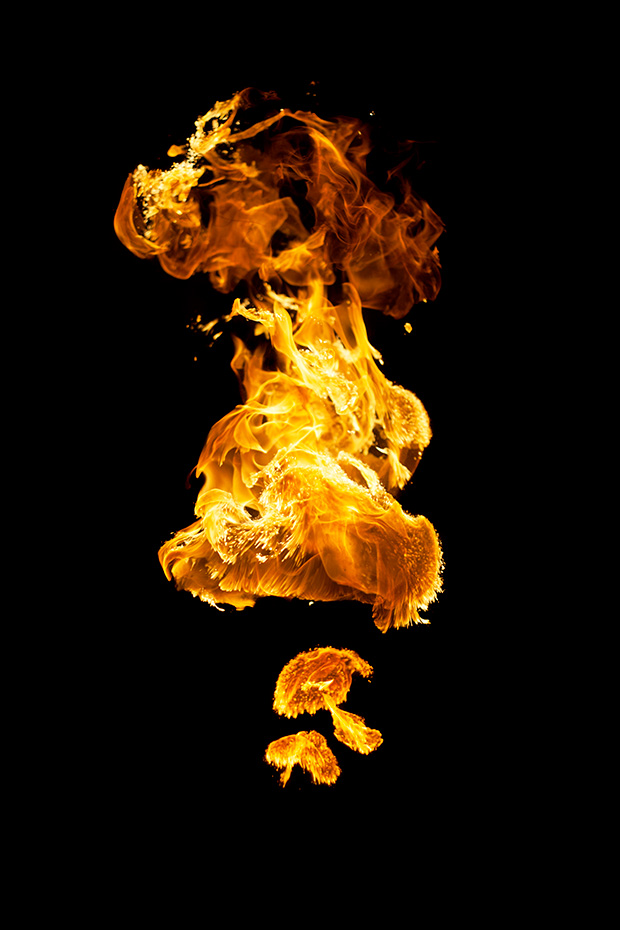 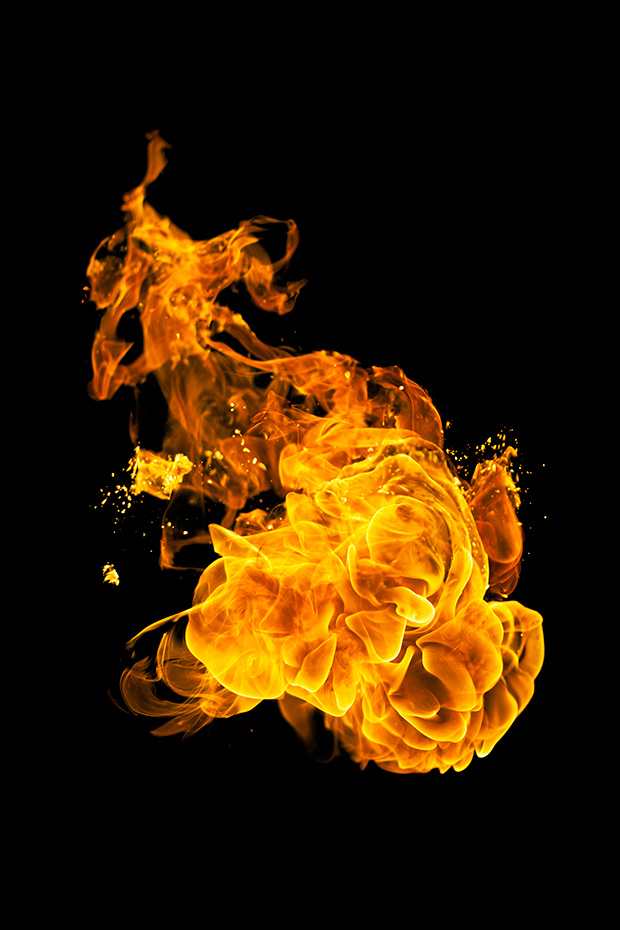 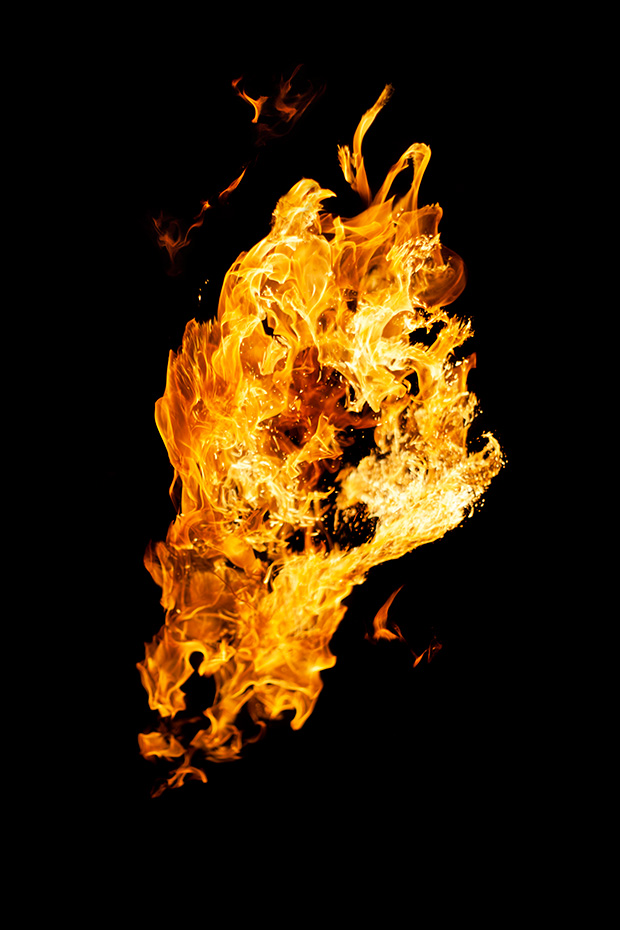