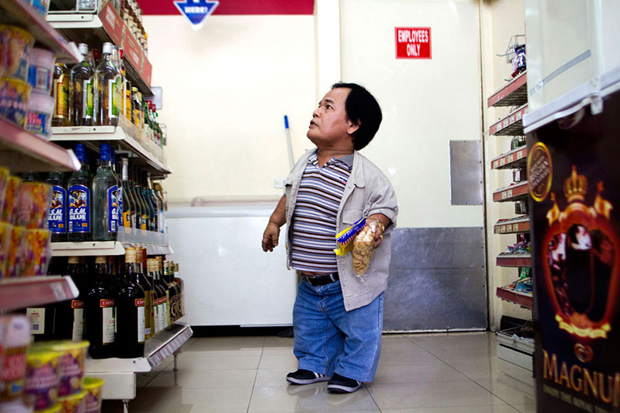 Perry at the supermarket. He finds physical difficulties everywhere – during shopping, it is the height of the shelves that places goods out of his reach, and the weight of bulky items, which requires him to take several trips. 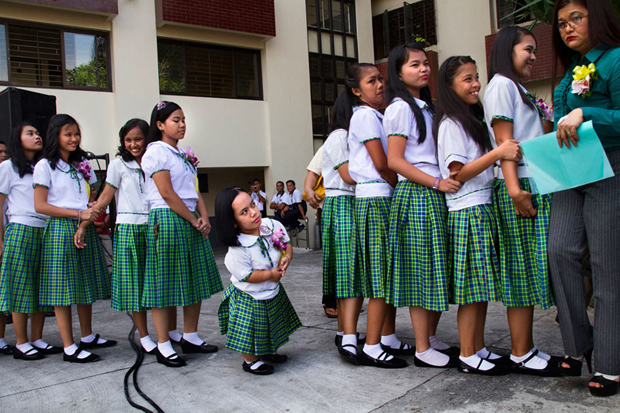 Josephine during her graduation day at high school. “Is quite difficult for little people to finish high school in the public system because the population is so big,” she says.

When Perry Berry was a child growing up in the Philippine island of Panay, he was bullied for being a little person; when he got older and moved to the capital Manila, he found that the jobs available to little people were mostly in the entertainment field, where they were asked to perform degrading and often humiliating acts. Now the President of the national Little People Association, Berry dreams of a city built entirely for and governed by little people, a community wherein individuals can live without fear of discrimination.

Bangkok-based photographer Biel Calderon met Berry through his journalist friend Eric San Juan while living in Manila and gained his trust soon after describing his intention to document his life and journey. The 55-year-old, says Calderon, was eager to share his vision with the world. He and the forty-six additional members of the Little People Association imagine their ideal residence as a tourist-based community where public transportation and grocery stores would be set to the appropriate scale, eliminating many of the frustrations of daily life for little people living and working in a large city. In Manila, explains the photojournalist, jobs for little people are few and far between. Since leaving the entertainment business, Berry works from home as a salesman trading in belts and bags, but in this new community, all sorts of occupations would be open to inhabitants.

In the past years, the Little People Association has faced numerous obstacles. Although an architect has designed a blueprint for this hypothetical city, Berry and his colleagues have had trouble securing a location. Three years ago, an investor expressed interest, but the deal fell through, and Berry has had no prior experience with fund-raising and lacks computer savviness and up-to-date marketing skills.

The association also faces some contention from the larger community of little people. Pidoy Fetalino, who manages Hobbit House, a popular restaurant staffed almost entirely by little people, has no interest in the project, finding it both unrealistic and unnecessary. In his view, little people in Manila are able to live full lives, despite routine hinderances to convenience. Despite challenges, Berry and his colleagues remain positive in their pursuit, desiring a place in which they and future generations of little people can feel comfortable and at home, rather that ostracized and ignored. 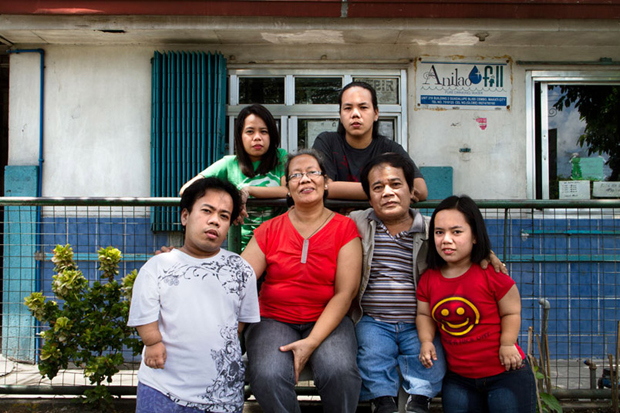 Despite some difficulties and inconveniences, Perry Berry lives a fulfilling life, surrounded by his wife and his four kids, two of them small. 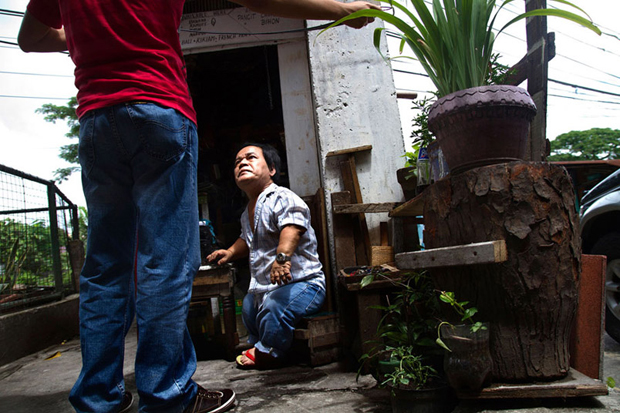 Perry makes a living making and selling bags and belts in his house in Manila. 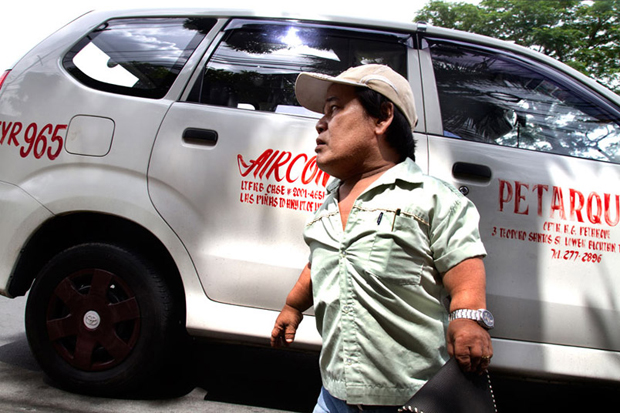 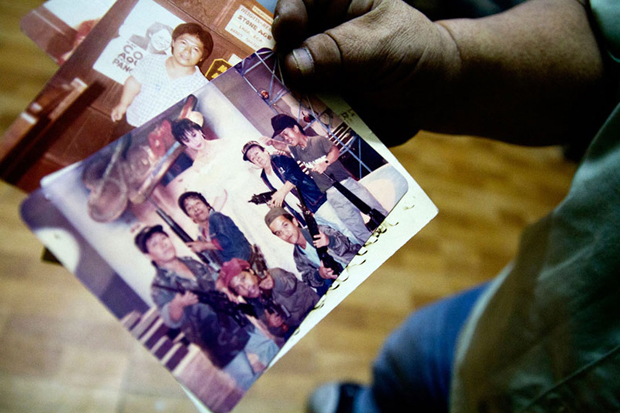 Perry with a picture from his photo album. He is playing a role in a movie with other little people. Sometimes, they have no other choice than to work in show business, playing parts in movies and shows in which they are ridiculed for their physical appearance. 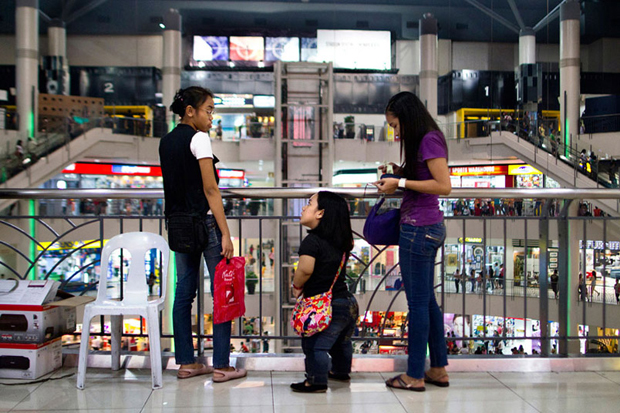 Perry’s daughter Josephine at the mall with her friends. 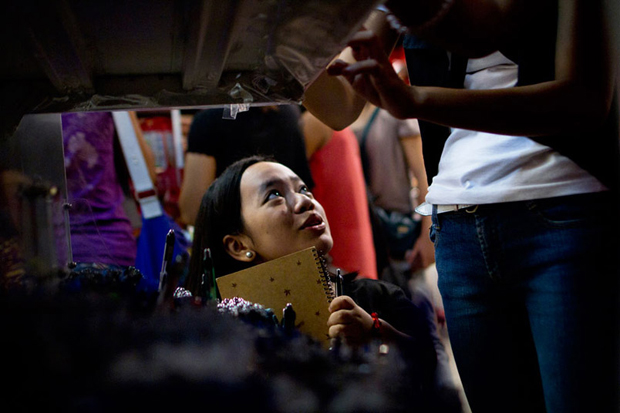 Josephine at a stationer’s shop. When she is in the mall, exposed to the world, she sometimes experiences discrimination from other people. 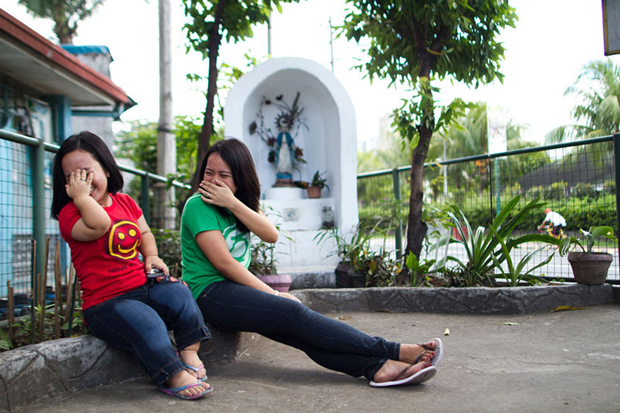 Josephine and her sister, Perlyn, in the backyard of their house. They have a great relationship. Perlyn always tries to protect Josephine. 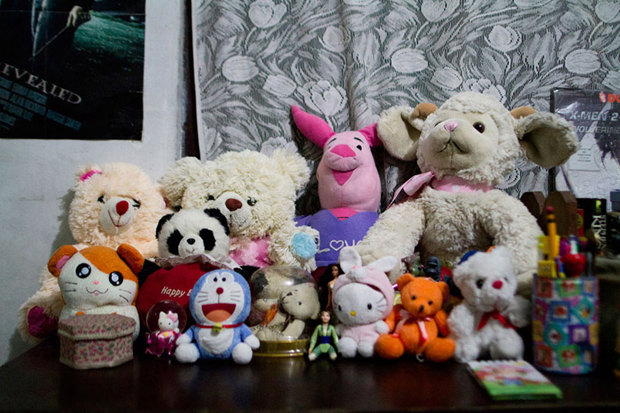 Josephine’s collection of teddy bears. Her room, shared with her oldest brother, is full of them, especially with characters from Harry Potter movies. 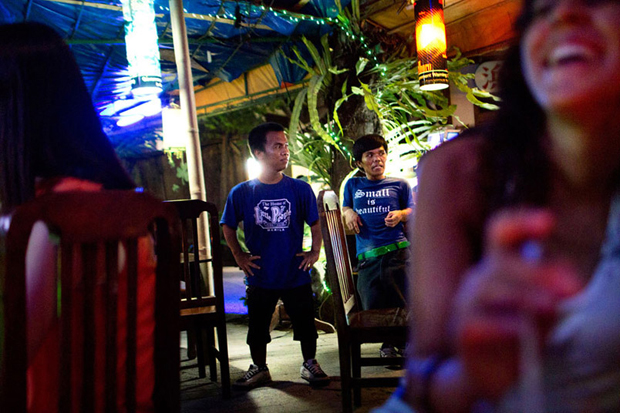 Waiters wearing special shirts from the Hobbit House in Boracay. “Small is beautiful,” reads on one of them. They design their own shirts.

A US Marine (USS Blue Ridge, Flagship of the US 7th Fleet) at the Hobbit House Manila. US Marines are one of the most loyal customers at the bar. 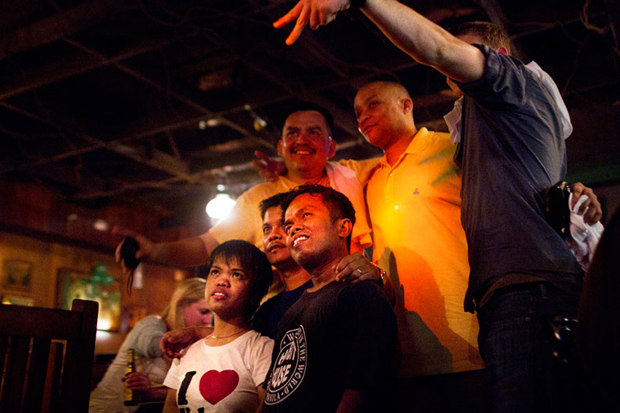 US Marines taking a picture with the waiters from the Hobbit House in Manila. Most of the waiters don’t feel customers discriminate against them. 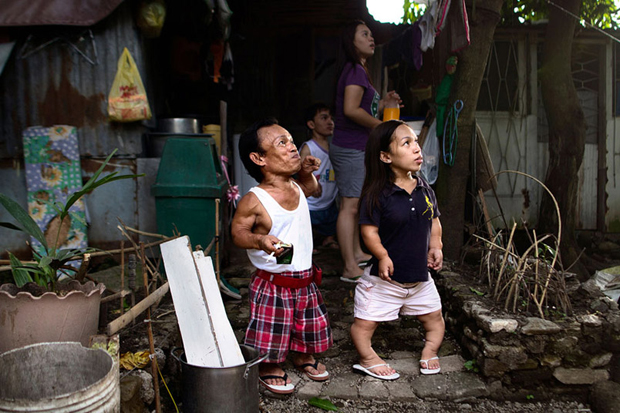 Egoy enjoys a sunny day in the backyard with his family. He has five children, three of them small. 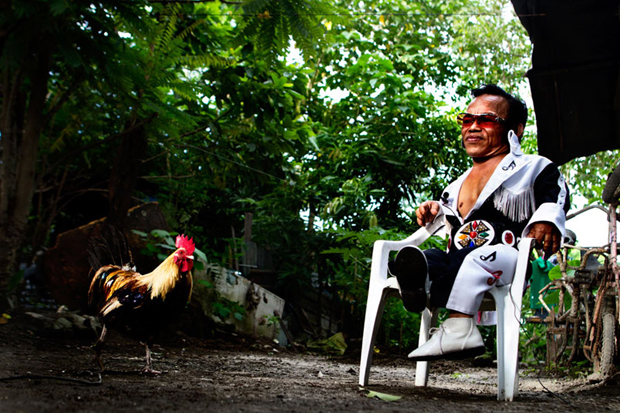 Egoy in the backyard of his house. Egoy, also known as Egoy the playboy, has been imitating Elvis performances for the last 30 years. He has been on tour in different parts of Asia and Europe. 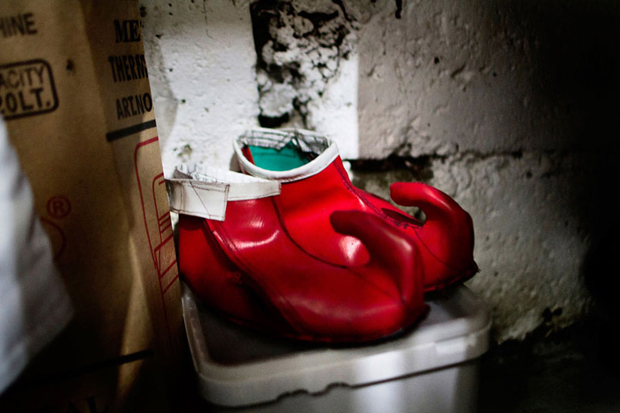 Egoy made his own elf boots to use in different shows. 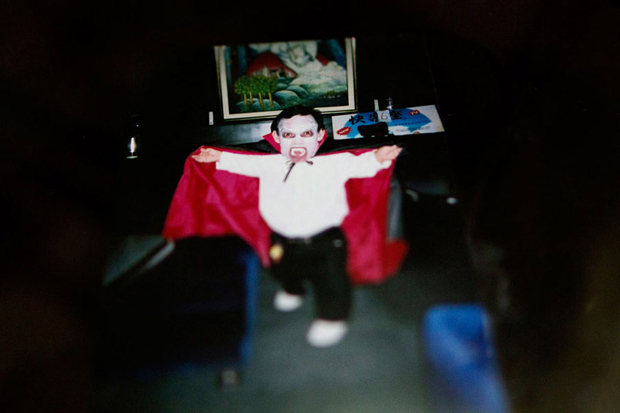 Egoy as a vampire. He performs at local parties and celebrations.