Photographer Christopher Payne Talks to Us About Industrial Ruins, Gothic Castles, and What Goes Into Building a Piano 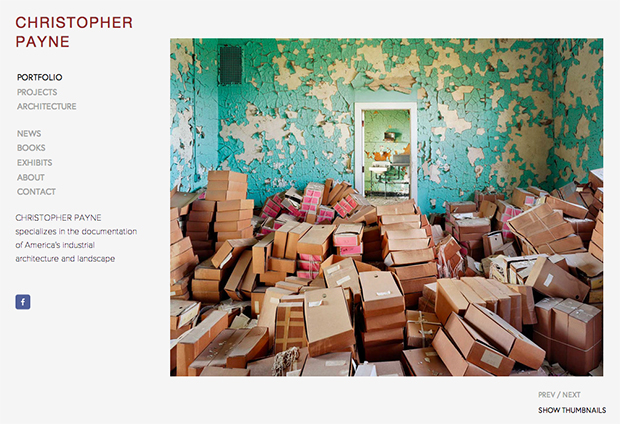 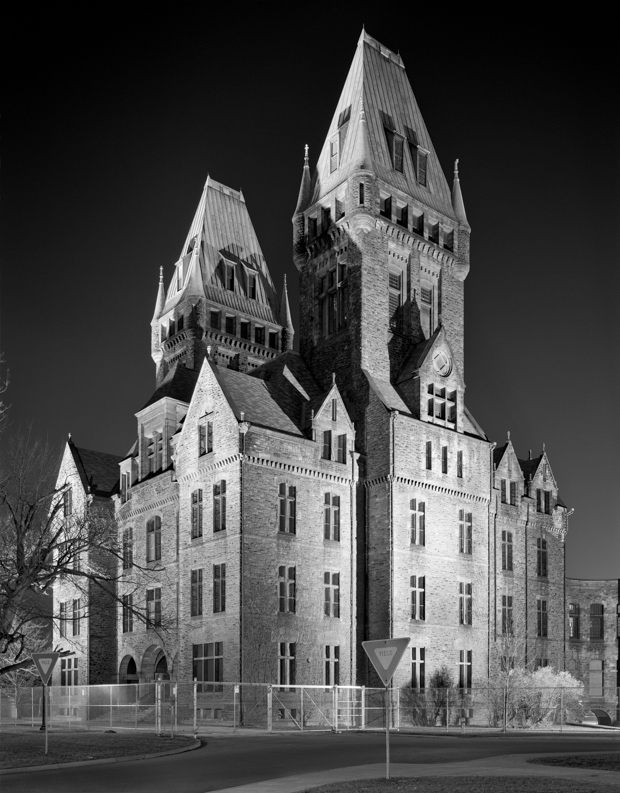 Payne’s fascination with the antiquated and disused began with his documentation of the city’s outmoded manual subway systems, to which he was afforded unlimited access. In recent years, he has chronicled spaces ranging from the pervasive and once densely populated asylums of the 1800s and early 1900s to the eroded landscape of North Brother Island, where in the latter part of the 1800s, citizens afflicted with infectious diseases were quarantined from the remainder of the city. In his shadowy, evocative frames, America’s past becomes a mythical place, one that is both acutely fantastical and undeniably real. Here, the photographer illuminates the mysterious and haunting remnants of our shared history, playing the dual part of the detective and the preservationist.

In his more recent projects, Payne has turned his gaze towards contemporary America by capturing the inner workings of Astoria’s historic Steinway piano factory as well as New England’s older textile mills as compared with North and South Carolina’s more state-of-the-art factories. We spoke with the artist about his interest in both deserted and sustained industries and why he chose Squarespace to build his site.

What motivated you to switch gears from architecture to photography?
“My first book, New York’s Forgotten Substations: The Power Behind the Subway, was originally envisioned as a book of drawings, based on detailed sketches I was making of the machines in the substations.  I rarely had time to finish the sketches on site, so I took pictures to help me complete them later at home.  Over time, these snapshots became more complex, requiring better lighting, equipment, and preparation, and I found myself focusing on the pictures more than the drawings. It was a gradual process, but this is how became a photographer.”

How does your history in architecture help to shape the way you think about photography?
“I still think like an architect and use photography to show how things are designed, constructed, and work, whether the subject is a machine, building, or community. My architectural training comes in handy because I can sketch ideas on paper (or in my head) before I commit them to film. In many ways, I feel like I’m grappling with the same questions and trying to tell the same story; I’ve just traded one medium for another.” 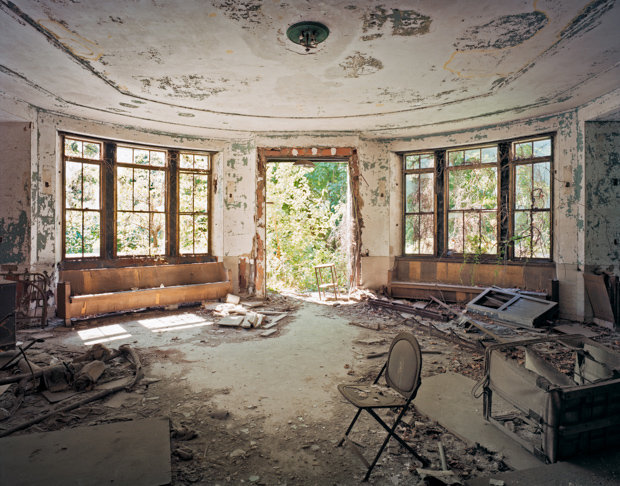 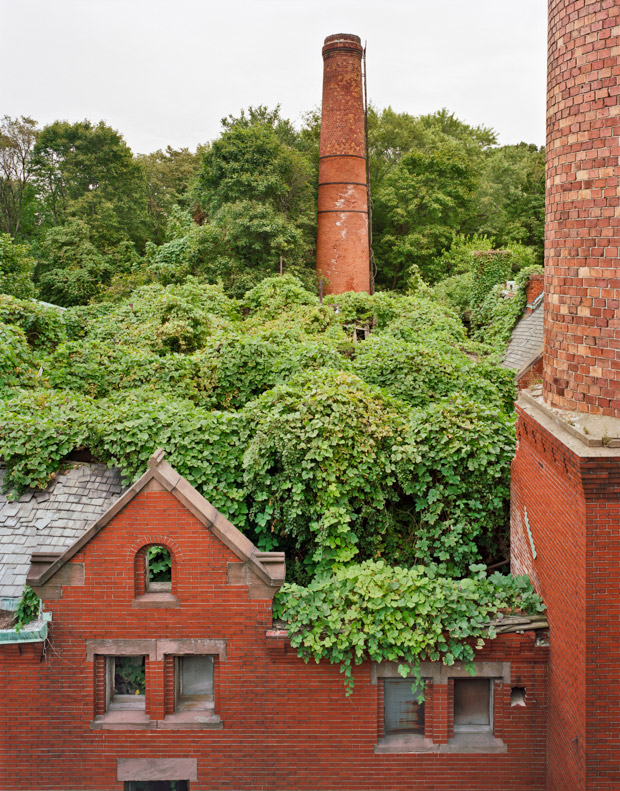 A few of your projects have dealt with decaying, abandoned places that have been overtaken by nature. What intrigues you about modern-day ruins?
“My interest in abandonment is a by-product of the subjects I am most drawn to: industrial infrastructure and processes and older buildings. Many of these places were designed for a specific purpose at a particular time. Over the years, they have become outdated and obsolete. For instance, the asylums were built at a time when it was perceived that their design and construction were inherent to the treatment and care of the mentally ill. As methods of treating mental illness improved and people no longer required long term institutionalization, the asylums outlived their usefulness and were gradually abandoned.  Now they are (like the electrical substations in my first book) an obsolete typology. The same thing has happened with North Brother Island, which once housed a quarantine hospital for infectious diseases. The need for a self-contained island community, in the middle of New York City, simply doesn’t exist anymore.”

How do you convey the human history in these abandoned landscapes and structures, where no living people are to be found?
“Sometimes an empty space or personal artifact is more effective at telling the human story, because it engages the viewer’s imagination.” 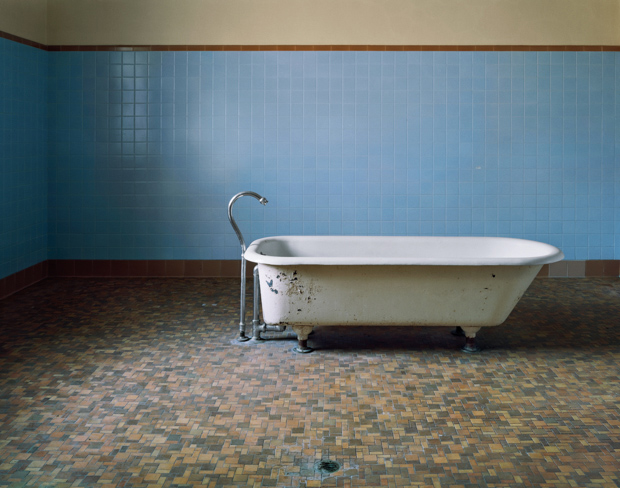 Your most recent projects focus on the textile industry and the Steinway piano factory in Queens. Here, you feature active, working people. Why this shift from empty spaces to inhabited, lively ones? What connects these new works with your previous series?
“I think it’s essential to keep pushing yourself, and I was getting too comfortable with abandoned spaces. Shooting factories in operation, with people, is much more challenging. It’s also refreshing to celebrate the present instead of eulogizing the past. Although the shift might seem abrupt, it’s really just a natural progression of my interest in infrastructure and industrial processes. In my first two books, Substations and Asylum, it was necessary to create for the viewer a whole that could only be assembled from parts that survived here and there, across the country or across the city. My Steinway photographs are the opposite, a deconstruction of something we all know and love as a whole into its essential unseen parts.” 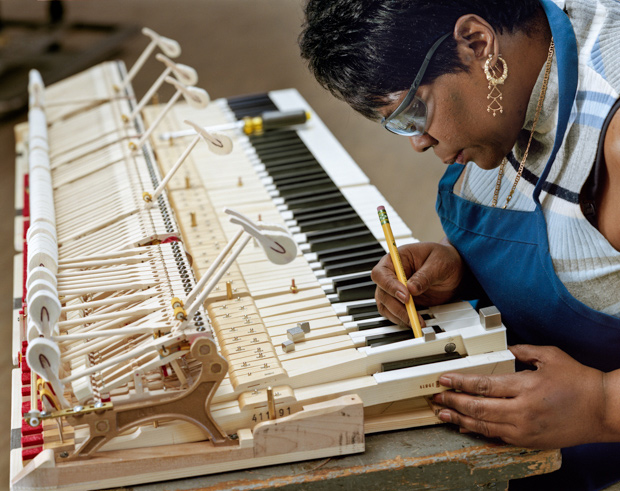 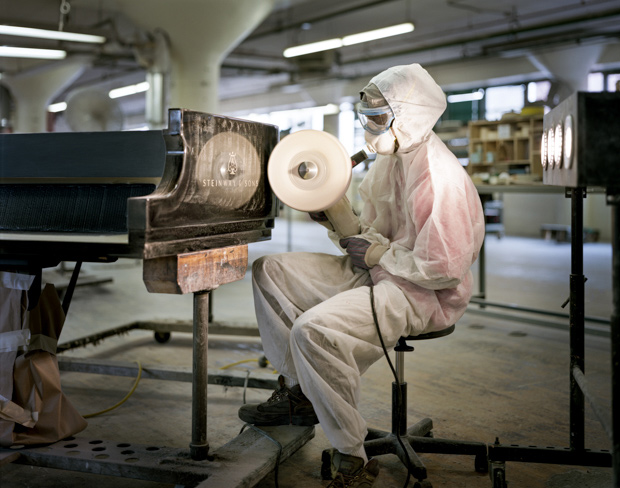 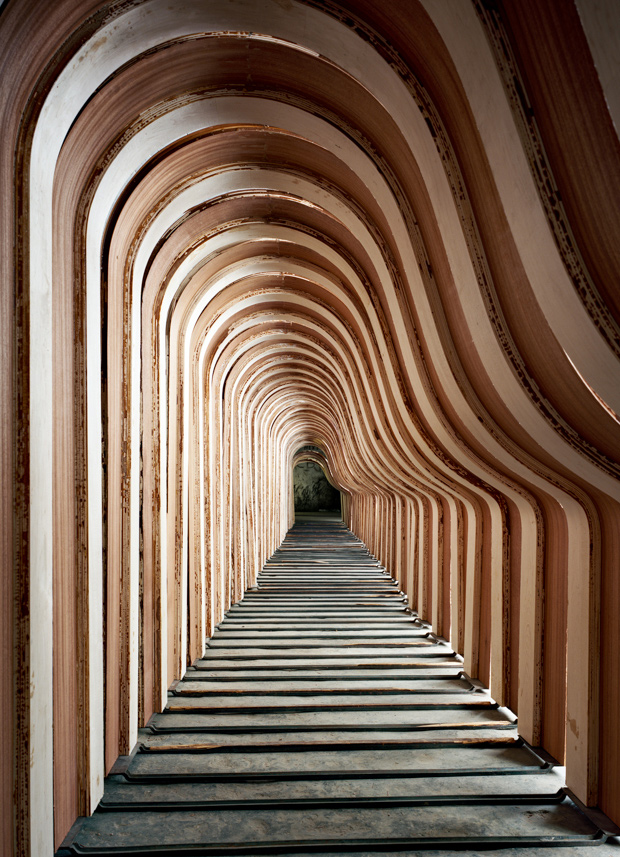 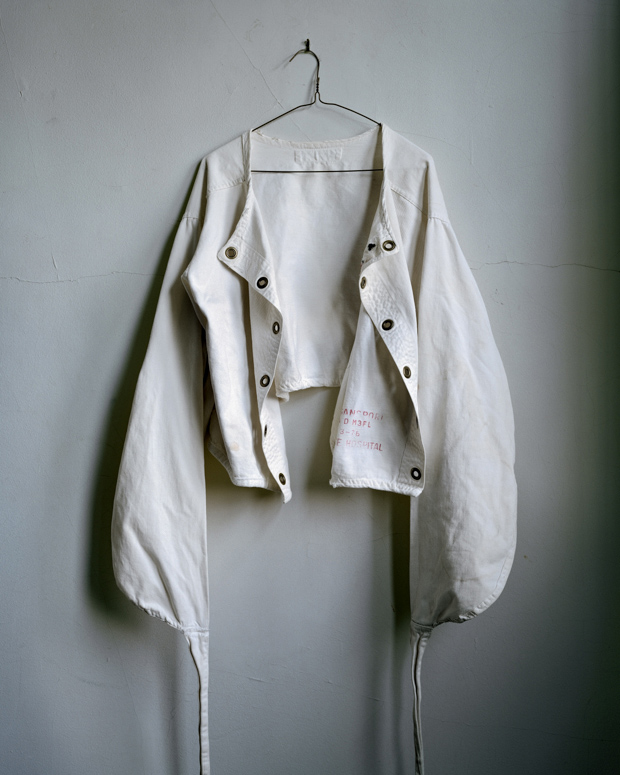 What inspires you specifically about American architecture and landscapes, as opposed to areas around the globe?
“I have always loved American history and the great industrial architecture that was born out of the late 19th and early 20th centuries, when there existed an unbridled optimism and collective feeling that anything was possible. I’ve chosen to focus on what’s around me because so much of it is disappearing, if not already gone. So there’s a sense of urgency to the work I do. As I’ve said many times, I feel like I’m one step ahead of the wrecking ball. I would welcome the opportunity to shoot abroad, but ultimately, it all boils down to time and money, which always seem to be in short supply.” 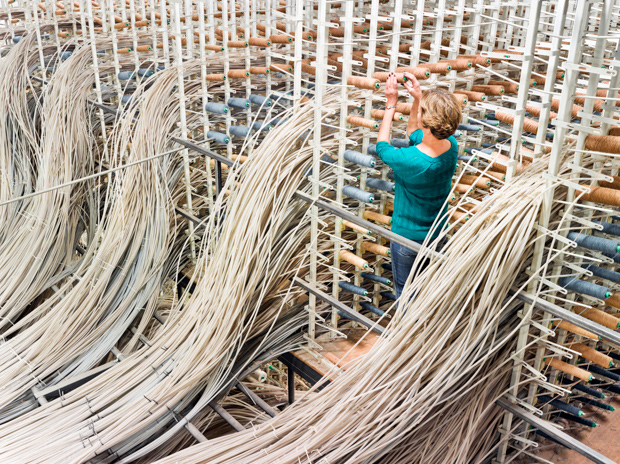 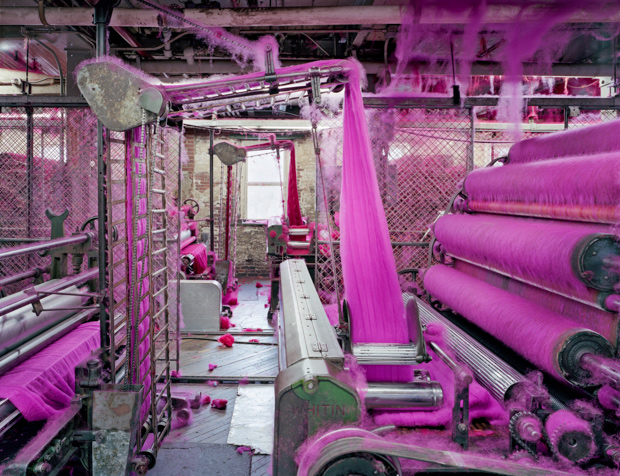 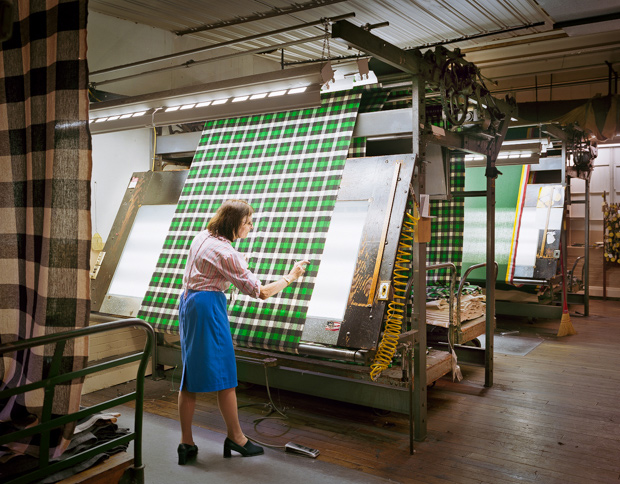 Why did you choose Squarespace to help you build your site?
“I was impressed by the design options and intuitive interface.”

Your Squarespace website is super easy and intuitive to navigate. What template did you use?
“For now, I’m using the Wells template because of its simplicity, and I like having the menus drop down on the left side.”

What’s your favorite feature on the site?
“I love the integrated news page because it saves me the trouble of having to manage a separate blog. And since it’s part of the template, it looks the same as the other pages.” 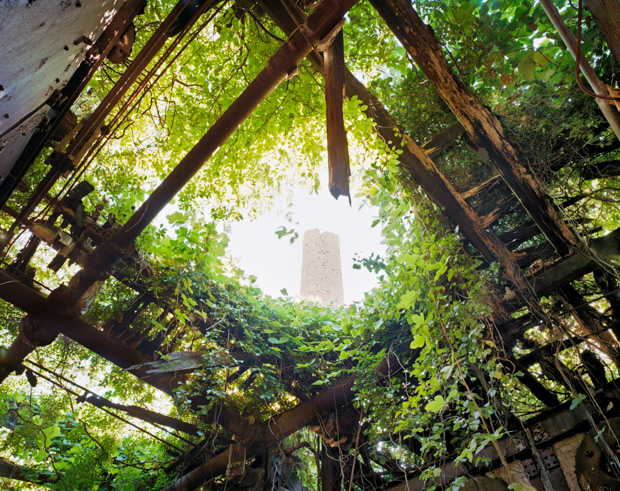