Fascinating Photos of Transnistria, a Moldovan Territory that Maintains a Pro-Russian Position 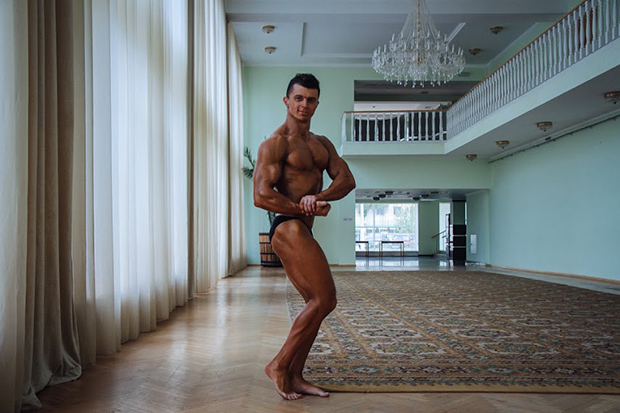 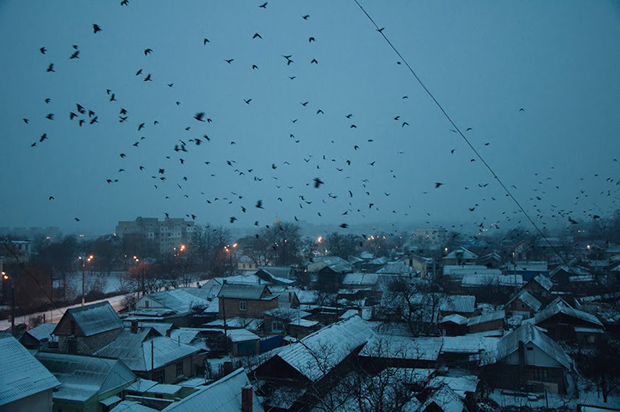 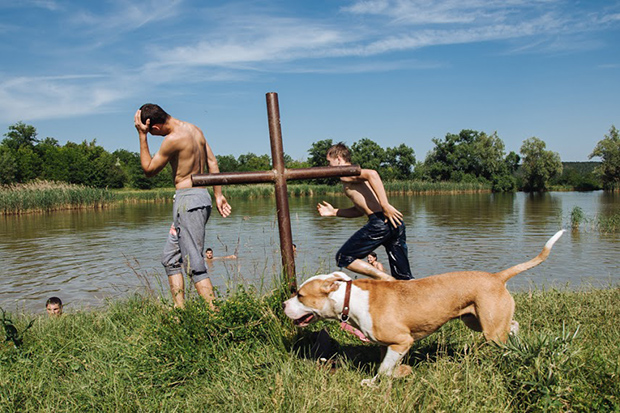 In Hristovaia village, swimming in the lake is a popular pastime for youth.

For Transnistria Conglomerate, photographer Anton Polyakov traces the newly emerging generation of Transnistria, a state which, despite its official status as a region in Moldova, maintains a staunchly pro-Russian position.

Extending eastward from the Dniester River, the area was wracked by war in 1992 shortly after the dissolution of the Soviet Union and Moldovan independence. Since the armed conflict, which ended in a ceasefire in the summer of 1992, Transnistria separatists have continued to oppose Moldovan government over the region, and the state exists now in a political limbo, having declared independence while not being recognized by the majority of the world. Because its neighbors are firmly situated within the pro-European community, Transnistria faces an uphill economic and political battle. It is financially supported in large part by Russia, and yet it has not been able to to join the country, despite having voted in favor of entrance in 2006.

In the twenty-three years following the war, Transnistria’s children have grown up singing a national anthem and saluting a flag that is unrecognized by all states except Nagorno-Karabakh, Abkhazia, and South Ossetia. Their passports and currency are not accepted internationally. Polyakov is one of many who have come of age during Transnistria’s conflicted years, and his generation faces an uncertain future.

While stereotypical visions of Transnistria include pro-Russian icons, flags, and looming statues of communist figures, Polyakov hopes to paint a more nuanced portrait of the place he calls home. The state, he explains, is home to a wide array of cultures, ethnicities and political views. Unlike their predecessors, members of this younger generation identify as apolitical. After completing school, most young people move on to other countries, leaving the stalemated Transnistria behind.

For the project, Polyakov constructs a wide survey of daily life in Transnistria’s villages and cities. Although he himself spends most of his time in the city of Tiraspol, where he grew up, the photographer is intimately acquainted with the countryside, as his father was raised downstream of the Dniester. His parents, he explains, moved to the city to work for the Electromash plant, where they reported to Igor Smirnov, who afterwards became the leader of the Transnistrian independence movement. Here, Polyakov straddles two worlds, recognizing in each the history of his family and the country at large.

Against the backdrop of Transnistria’s historic struggle, a newly emerging vision of the state begins to take shape, one in which peace is slowly beginning to eclipse decades of suffering. The artist often finds himself running along the banks of the Dniester River, gazing at the faraway shores of Tiraspol. He is drawn to the river at night, when he can watch the bridge that connects Transnistria and Moldova. “Sometimes I come there to swim, sunbathe and read a book, lounging on the sand,” says the artist. 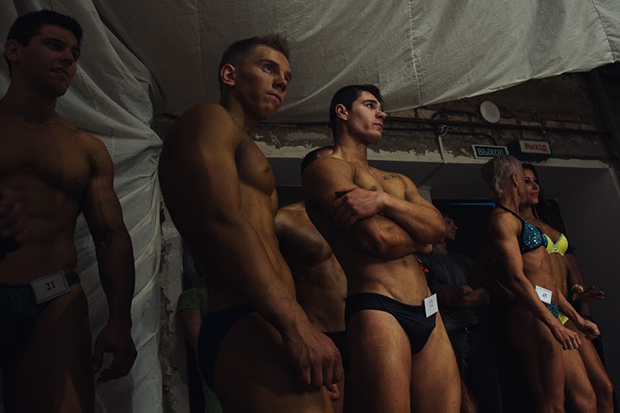 A distinctive youth culture in Transnistria has developed mainly in the big cities: Tiraspol, Bender, Ribtita. Young people enjoy working out, bodybuilding, amateur and professional sports, all of which which can be practiced on the athletic fields and stadiums remaining from the Soviet period. 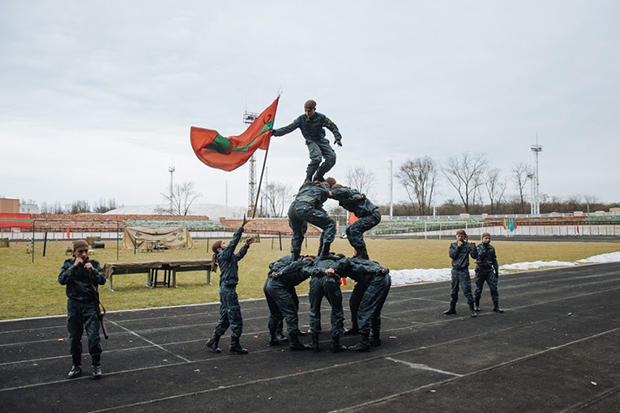 Transnistria has its own army, militia and special forces. The 23rd of February was the Soviet Army Day in the USSR, and the tradition of celebrating this day remained in Transnistria. The paramilitary show and a competition between different military units are the parts of the event, which takes place every year on Republican Stadium of Tiraspol. 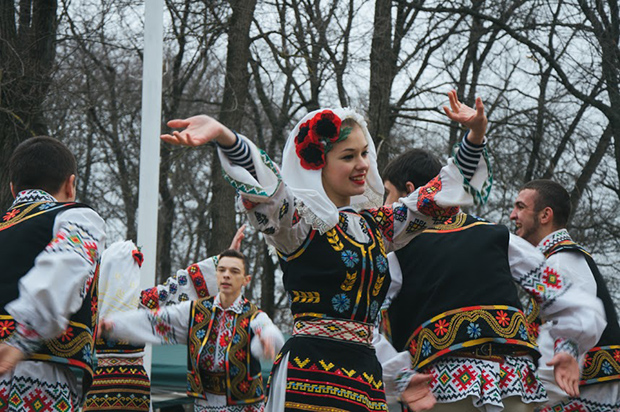 Transnistria is a multicultural region, and the official events are often linked with the national traditions of the Russian, Ukrainian, Moldovan people and other ethnic groups who live in the country. 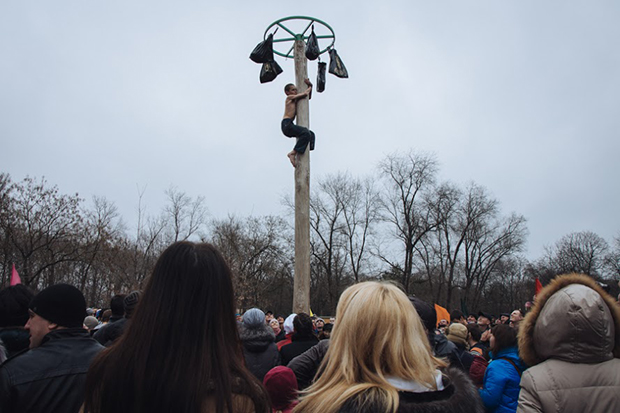 The traditional Russian holiday Maslenitsa (Crepe week) symbolizes the end of winter and the beginning of spring. Folk festivities and competitions are held in honor of this holiday in the Victory Recreation park in Tiraspol. 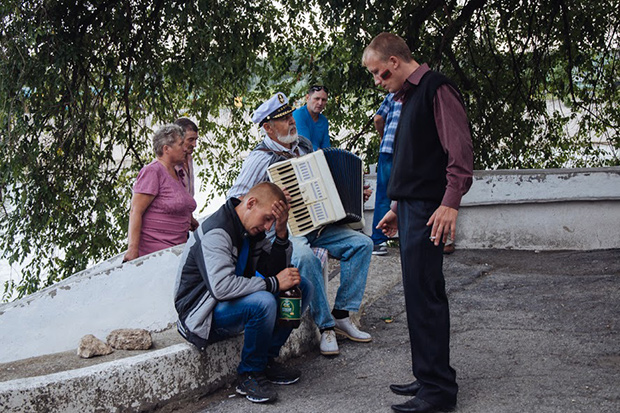 On September 2nd, 1990, Transnistria proclaimed its independence. This day is day-off all over the republic. Military parades, official events and festivities take place in this day. 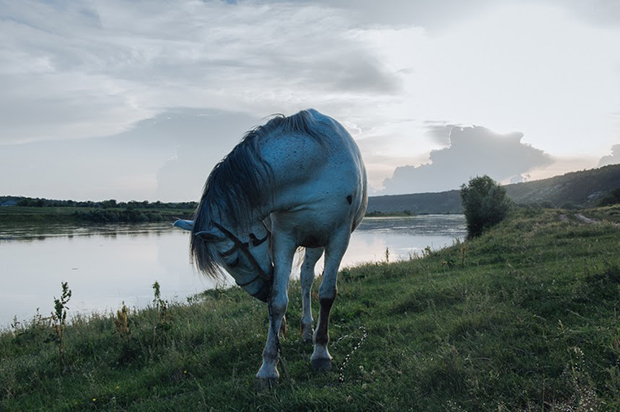 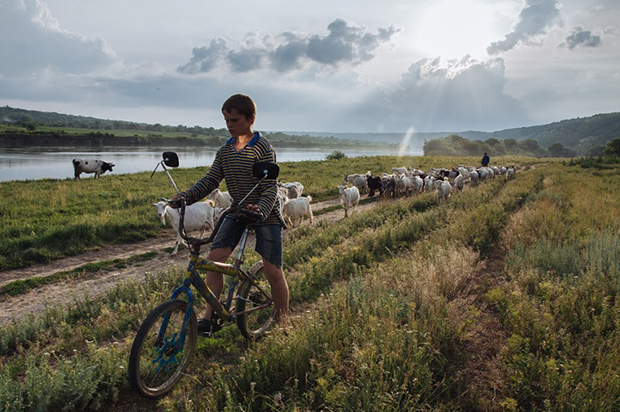 I met Maxim in Hrusca, and I later became closer to his family. Children in the countryside are involved in the household from an early age, and they work as hard as adults. Maxim, 12, lives with his father. For the whole summer, he moves to live with his grandparents and helps them with the housework. 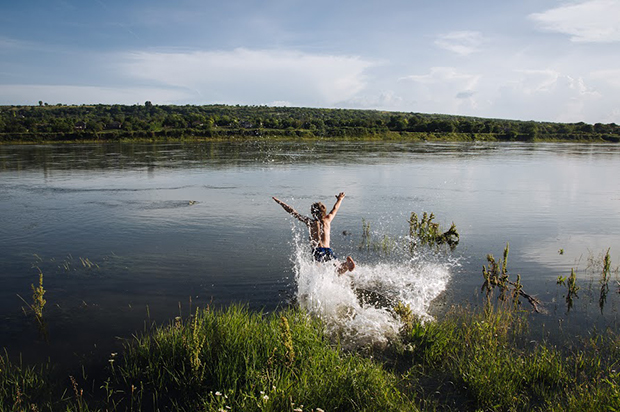 Maxim’s life is linked with the river Dniester. His home is at 100 meters from the shore. The river is a big part of his life: here he grazes the goats, goes fishing and swims. Sadly, his mother drowned here years ago. 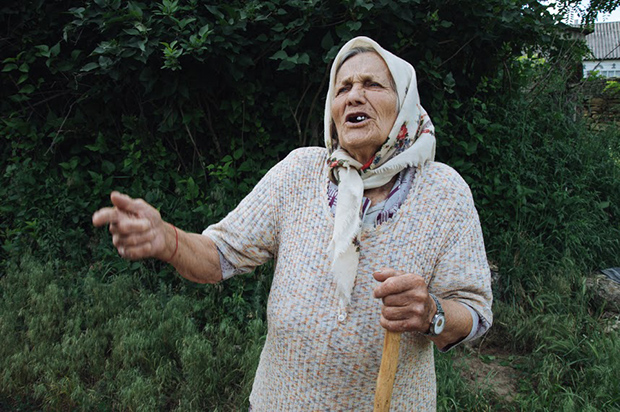 Maxim’s great-grandmother is one of the oldest citizens of Hrusca. She can’t hear, but has a good memory and can tell stories about the Stalin era. 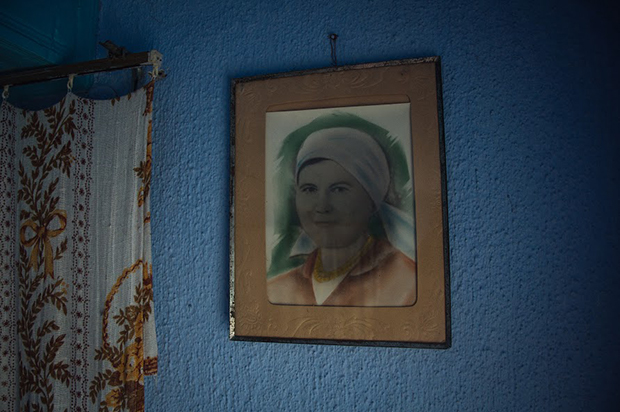 The Soviet period was a time of prosperity in villages. Agricultural companies offered many jobs, and the authorities paid attention to the culture of the countryside and offered entertainment for youth. Nowadays, the rural population is shrinking and the villages are becoming empty. 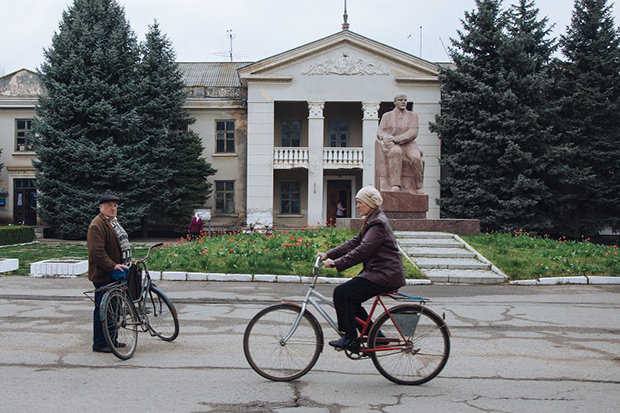 Cioburciu village is situated in the South of Transnistria. In the Soviet period, it was a big and developed village. 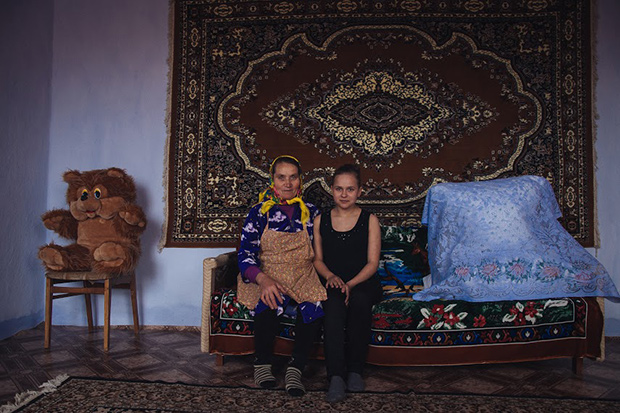 Lidia Galenco and her granddaughter Arina live in the Moldovan part of Cioburciu. Many people leave the villages to earn money in neighboring countries, and the children remain with their grandparents. 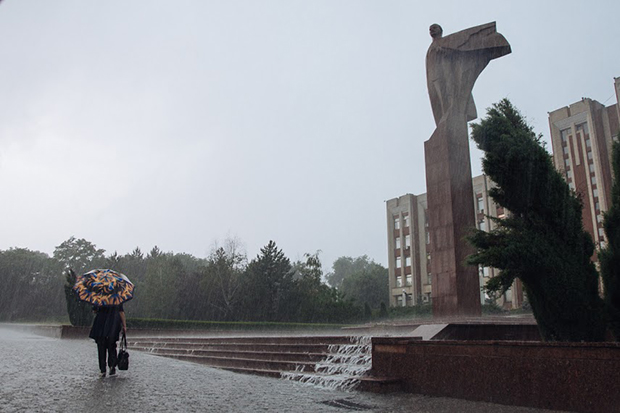 The building of Supreme Council of Transnistria, Tiraspol.