Photos of Wayward Farmers Reinterpret the Mythos of the American West 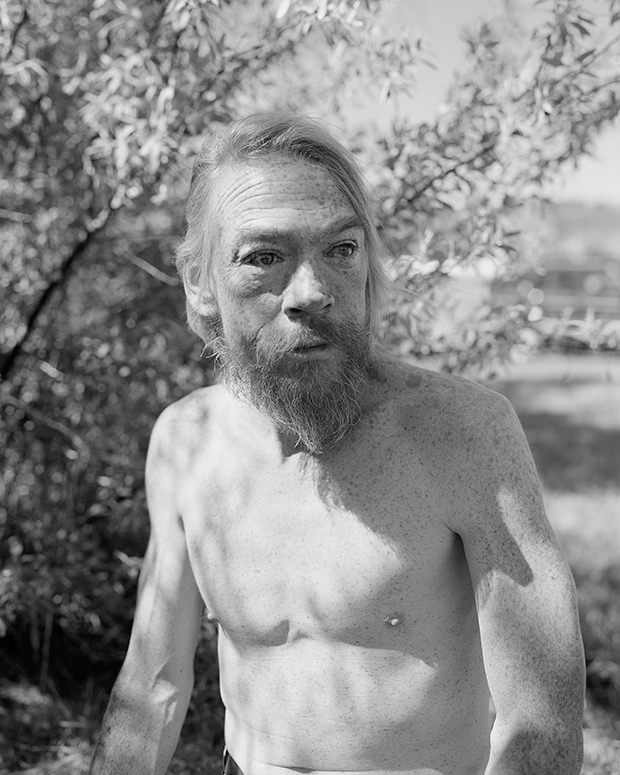 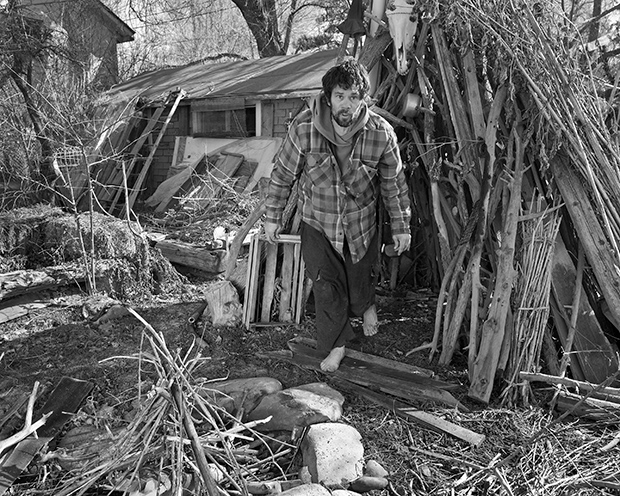 For Manifest, photographer Kristine Potter reinterprets quintessential visions of the American West, reframing the Colorado Western Slope and its remote inhabitants in such a way that distorts and obscures traditional legends of the past. Here, the emblematic cowboy and his mountains are abandoned for lonesome farmers and forgotten wildness, lost souls and phantasms.

Unlike the storied heroes of the Old West, Potter’s companionless men inhabit an infinite vacuum of desert, a mysterious and aggressive landscape that remains untamed by her close and unsettling frames. Isolated from traditional American mythologies, the men are surrendered both to the their uncultivated environment and to Potter’s inquiring lens. They occupy a bewitching space between serenity and anxiety, their absent gaze alighting momentarily on invisible somethings that hide within the knotted terrain.

In these enchanted, hushed daydreams, we find the lingering echoes of a West that only ever existed within our collective imaginations, and a new frontier emerges, drained of color yet enlivened by uncertainty and expectation.

Manifest is now on view at Daniel Cooney Fine Art until November 1st. We spoke to Potter about the project. 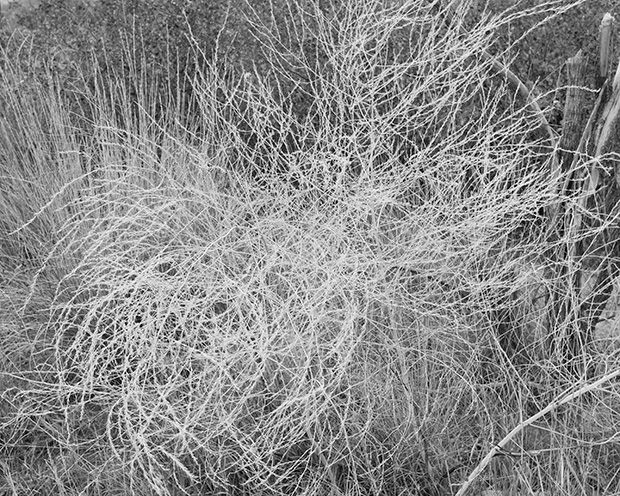 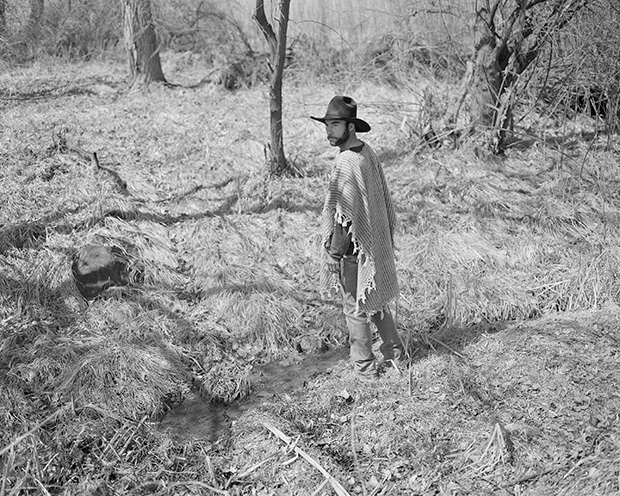 What inspired you to pursue this project?
“I can narrow down distinct interests that took me there, like my family history or the desire to make portraits that would be very different than what I had been making, but the greater inspiration was a kind of restlessness. I needed to get out of the northeast for a bit and the thought of driving around the mountain desert really appealed to me. I wanted to get lost. I ended up on the western slope of Colorado. There’s a 50 mile radius in which most of these pictures are made. I just keep going back and extending that area.” 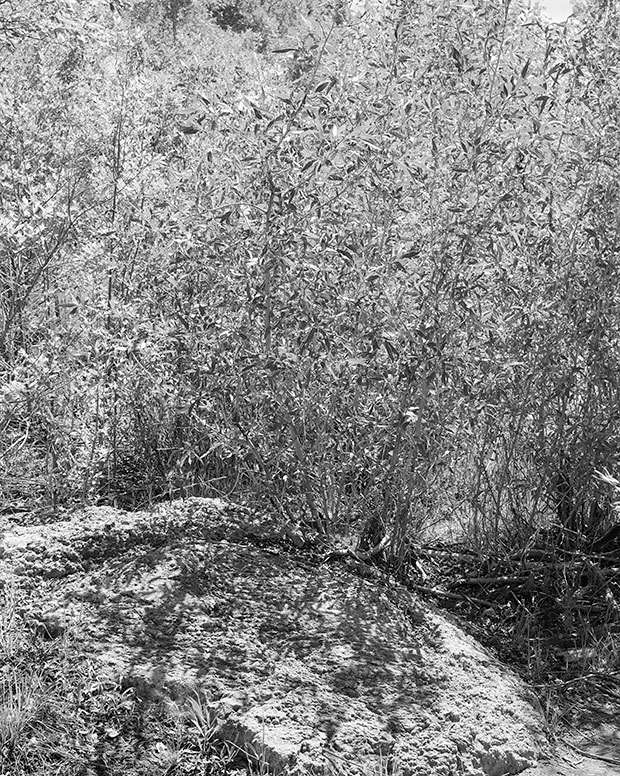 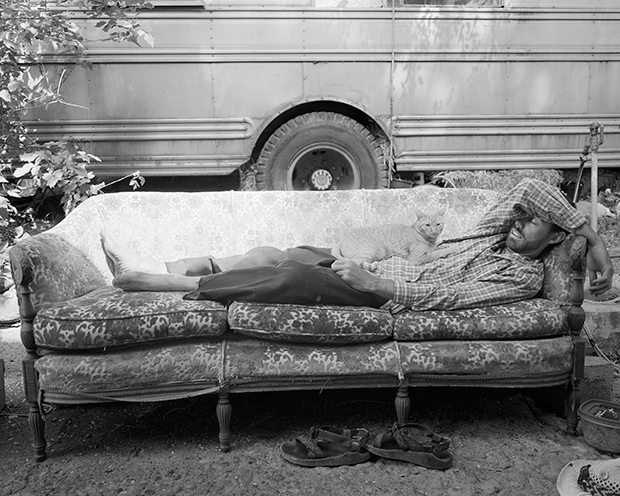 Could you tell us a bit about that family history?
“I come from a long line of military men — something that influenced my last body of work about young, male cadets. But in addition to that, I’ve long heard about my great great grandparents who were trick shooters. They travelled with Buffalo Bill’s Wild West Show for years before breaking off and forming their own traveling show. We have tons of newspaper clippings from the late 1800’s that are essentially advertisements for their shows — and it is just so fascinating to read how the ‘The Wild West’ was being sold. The mythology was still being cultivated and the language was so emphatic and flowery. On some level that was a jumping off point for me to head west and carve out my own vision of what was there.” 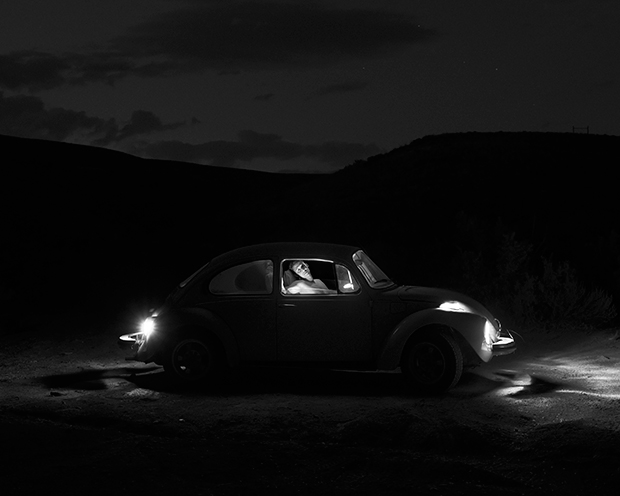 How did you contact and approach your subjects?
“I’m pretty bold about just introducing myself and asking to make photographs. Sometimes that works and sometimes it doesn’t. From there I rely on word-of-mouth to help connect me with possible subjects. Once people agree to work with me, I talk to them about my work. I’m pretty clear about wanting to tell stories. It seems necessary on some level to separate my intentions from that of say, a photojournalist.” 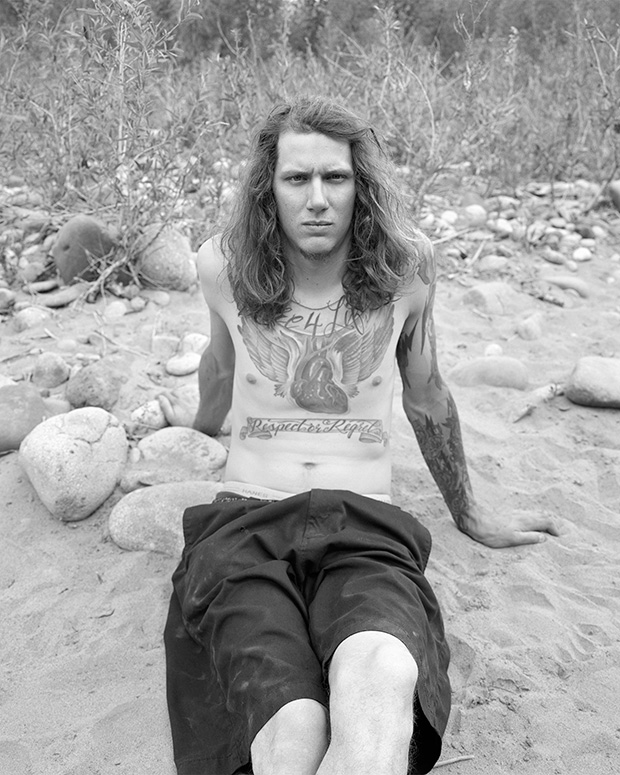 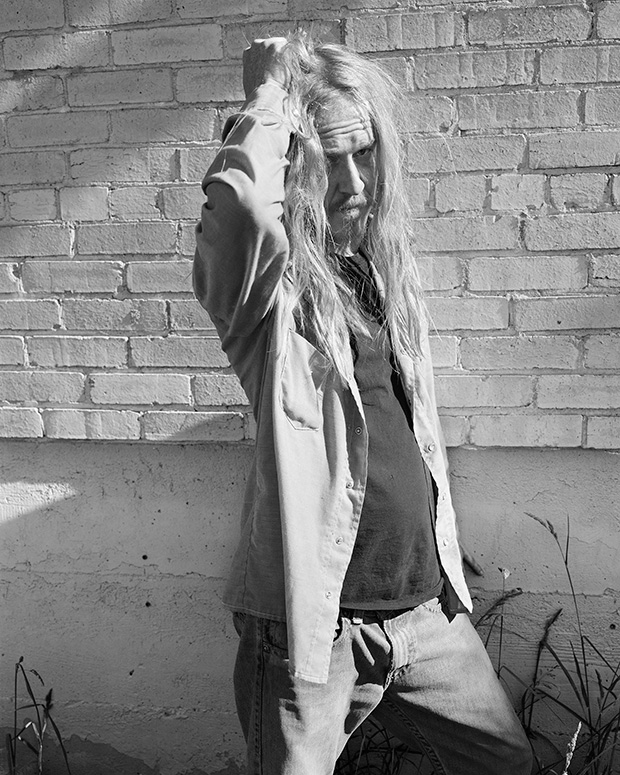 What are their daily lives like? Do they live and work mainly off the beaten path?
“The men who interest me out there are more wayward. Few of them hold regular jobs, they move from opportunity to opportunity often related to farming, ranching, construction or the marijuana trade. That particular part has become legalized over the course of this project so where it might have been harder to see in the beginning, it is more clear to me now who is involved.” 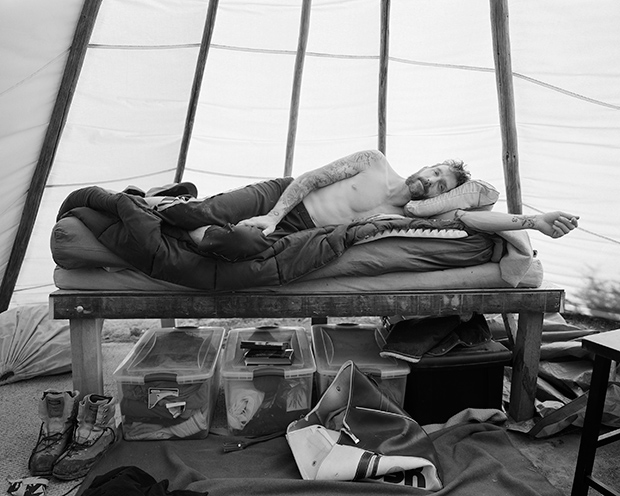 Often, we see “mother nature” as a female-coded terrain. Here, men inhabit the wilderness. In what ways does the landscape work for or against notions of maleness and masculinity?
“I’m really interested in that notion of the landscape being codified as female. If you read journals from the early expeditions out west, you’ll see a lot of language about acquiring dominion over the ‘discovered’ land. The men often wrote of their desires to subdue it, milk it for its bounty and make it their own. It’s not a far stretch to see a kind violence in that way of describing the landscape. The thing that is interesting about a lot of the American West is that it is not very easy to subjugate. The landscape sort of disallows it. It’s a feisty opponent.”

“Most of the men I photograph work on the land in one way or another. There’s a balance they have to achieve, rather than a dominion.” 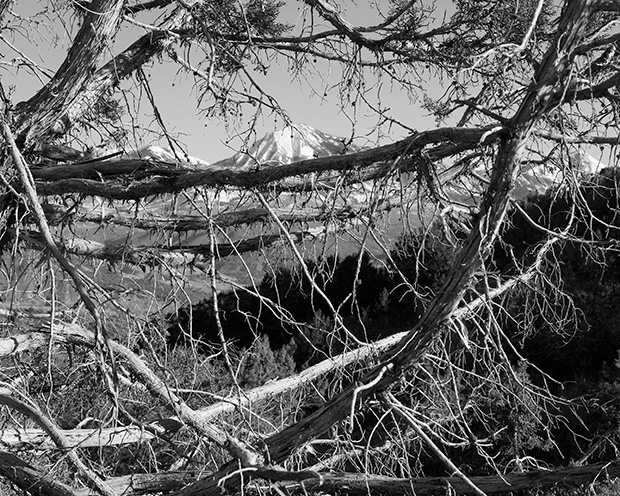 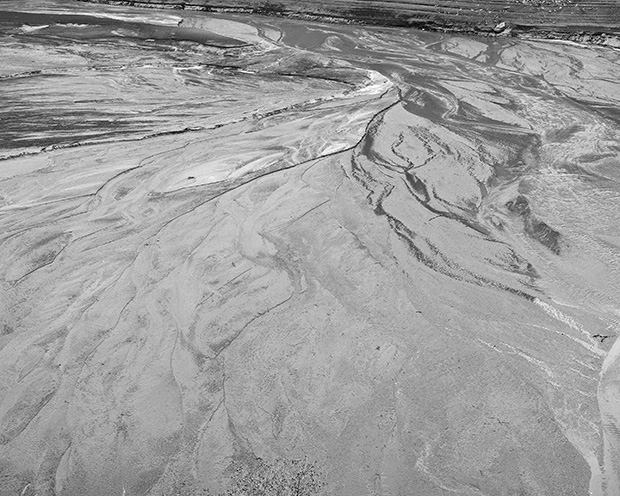 The wilderness has the potential both to nurture and threaten mankind. How do you navigate nature’s dualities in these images?
“The history of photography is built on iconic images of the American West – from Timothy O’Sullivan to Carlton Watkins, even Ansel Adams. And in those images I feel we can see a kind of majestic possibility. But the closer you get to the wilderness – the less hospitable that notion becomes. I wanted to make images that addressed the kind of disorientation you can feel when the horizon vanishes and you’re in deep. Sort of what happens when you walk into one of those iconic images and find out that you cannot really control what is going on anymore. If those early pictures are about control, then these about the loss of it. I felt like it explained not just my own reaction to being there, but also why the area is so scarcely populated.” 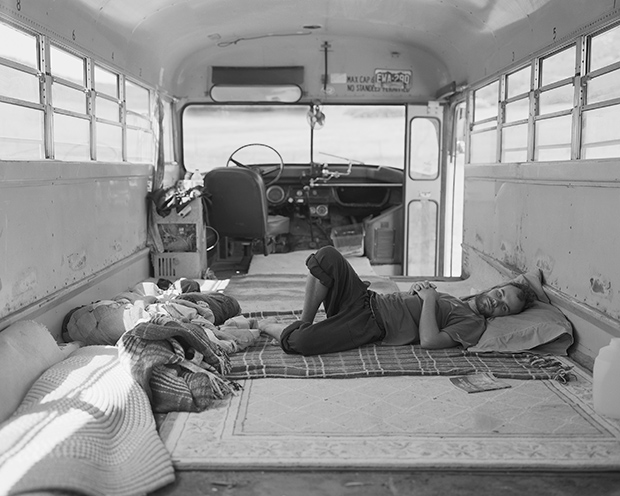 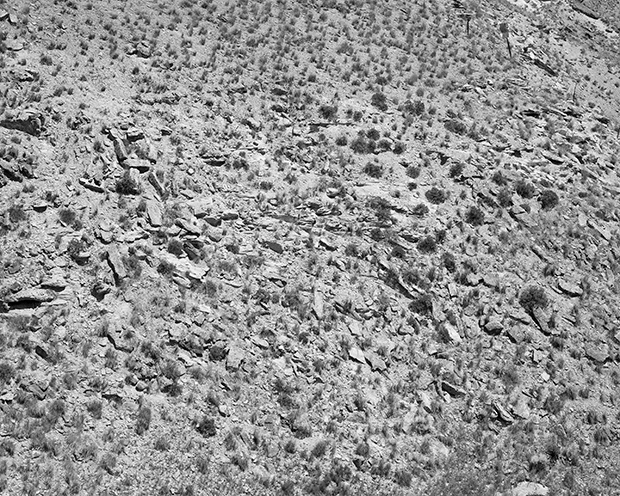 Could you tell us a bit about the role of color—or lack thereof— in this work?
“The work is supposed to be black-and-white – that seems clear to me for reasons I cannot really articulate. But how I get there is surprising to some people.
I shoot on 4×5 color film and increasingly with digital RAW files. That means that I see every picture in color before it becomes black-and-white. It’s the translation of color to black-and-white that interests me and that accounts for the distinct quality of the prints when you see them in person. Particularly with the landscape images, I can really manipulate the space of the picture with how I convert each color into grayscale. It’s a bit of a game and I shoot for it – looking for images with particular color relationships I can imagine interpreting. Even with the portraits, I just have more control over the feel of the image if I start with everything and translate into a monotone image. How much a person blends in with their surroundings is not just a spatial relationship, but also a tonal one.” 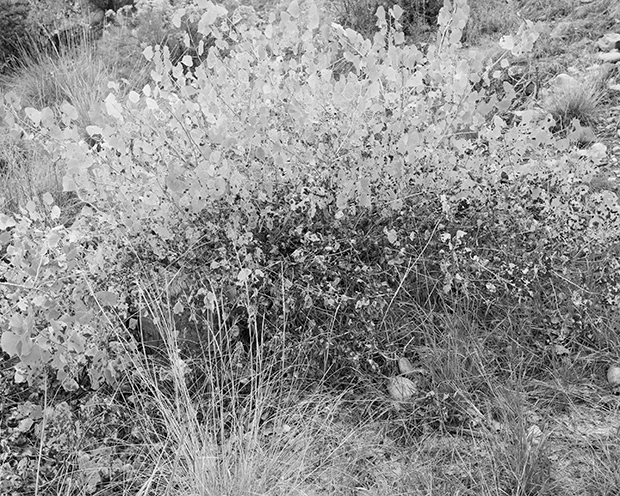 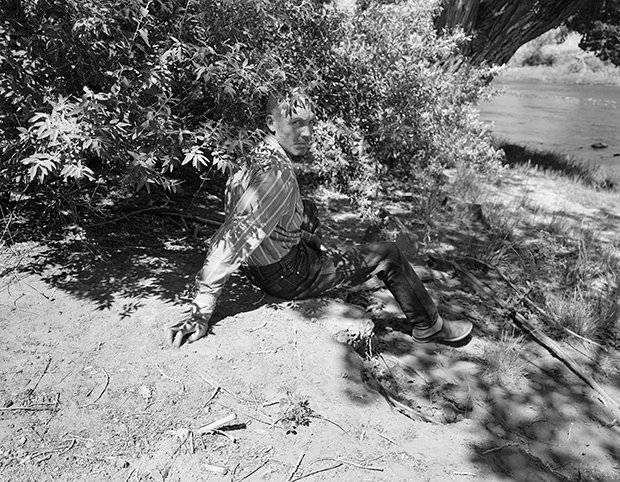 What age-old mythologies and/or fantasies of the American West do you reference here, and in what ways do you update them to apply to modern life?
“I think the mythology of the American West was purposely cultivated and lives not just in our minds (influenced by films, tv and literature) but is symbolic on a larger cultural scale. The Cowboy as an independent (perhaps undereducated) gun toting, and a (questionable) do-gooder is how a lot of foreigners see our country. It’s a convenient oversimplification. I don’t think it’s a revelation that the myth is not true, I’m just always looking to complicate the story we’ve sold ourselves.

“I’m really careful not to position this work as documentary. I am creating stories as much as we ever have. For me it is just more interesting when things are less knowable, when looking at someone for a long time only creates more questions and when getting close to the landscape leaves you unable to find your way out.” 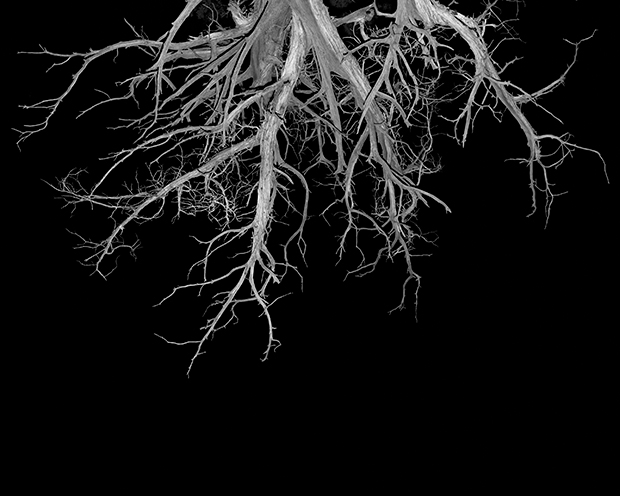 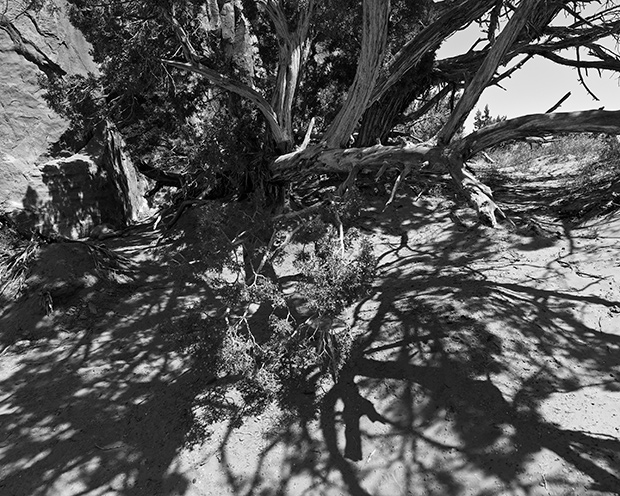 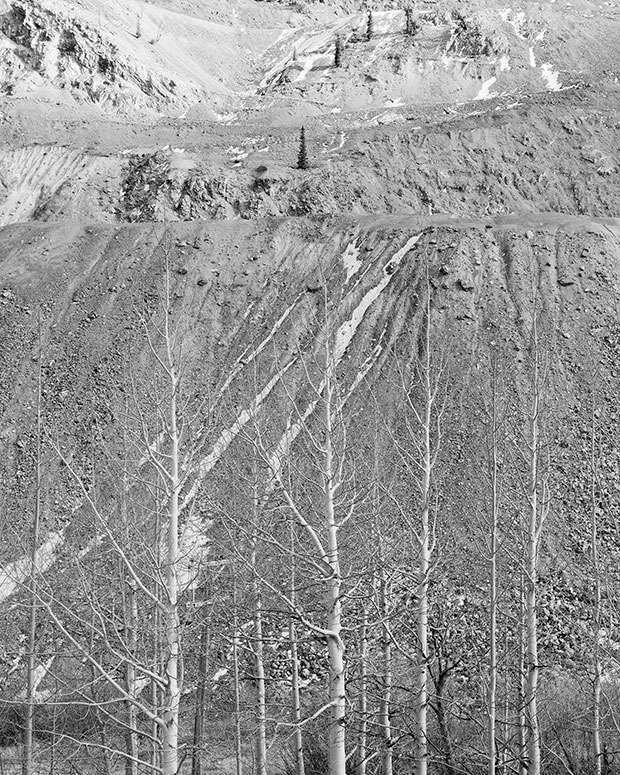 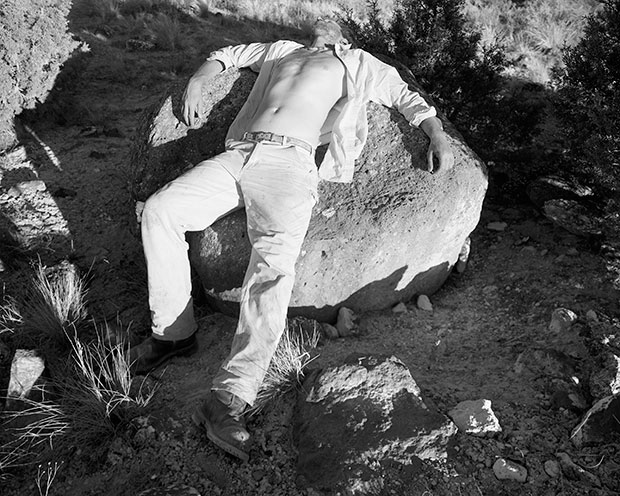 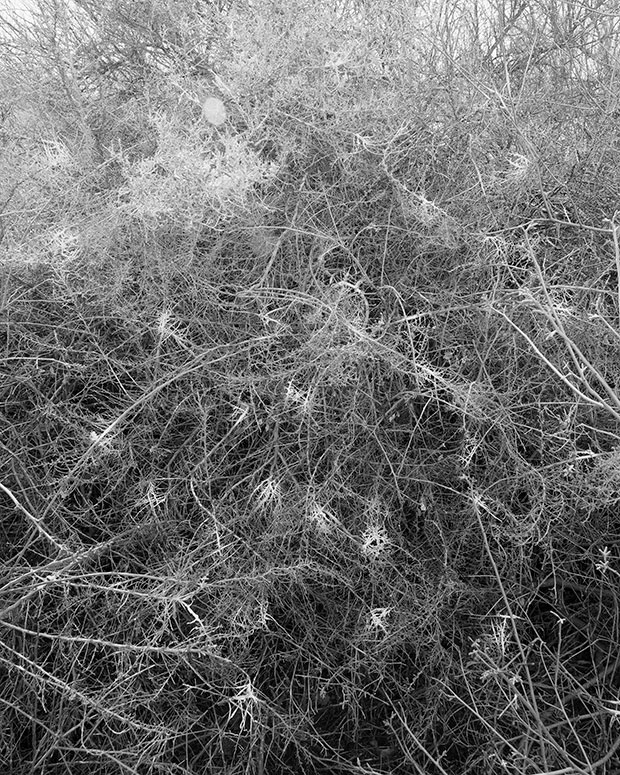