Platon’s Unflinching Photos of War and Its Cost 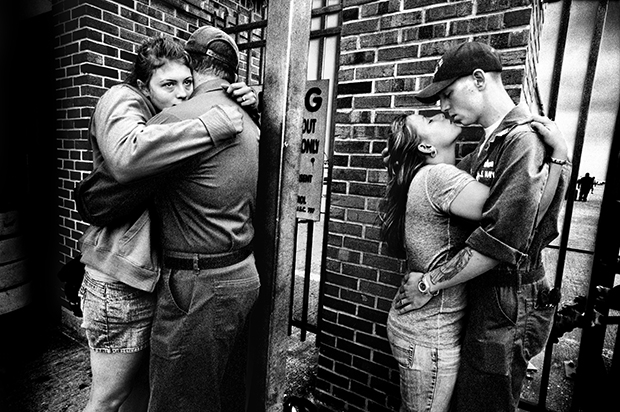 Saying goodbye before deployment on the USS San Antonio 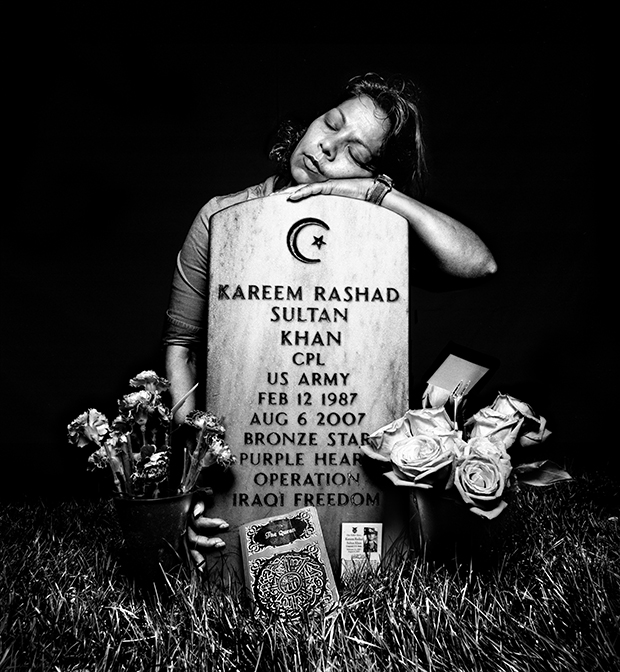 Elsheba Khan at the grave of her son, Specialist Kareem Rashad Sultan Khan

Platon is an internationally-esteemed photographer. Widely known – especially for his intensely intimate portraits of world leaders – his work blends the political with the personal, resulting in striking images with tangible sociopolitical consequences beyond the merely illustrative.

In Service, a new photobook published by Prestel, Platon presents a collection of images which explores the wide-ranging and often surprising effects of war on soldiers, on families, and on society at large. It is a comprehensive study which moves from the surreal to the brutal to the tragic, a dizzying survey of the scale of war.

The images are all presented in Platon’s trademark aesthetic: crisp, graphic, almost glossy images that at times resemble fashion photography in dazzling black and white. This presents an aesthetic conflict central to the book: the reconciliation between the near-glamorous quality of photos of a group of soldiers in uniform with the context underpinning them: that of war and violence. The beauty of a portrait is tempered by the fear, just-visible, in a young soldier’s eyes. Platon’s approach seems to invoke that classic ethical concern of war photography: how to take a beautiful picture of a terrifying or tragic subject. What does the beautifying of such themes achieve? Does this presentation of them force the viewer to take notice, to respond to them in a more direct way? In the author’s note, Platon describes his belief in “visual reduction,” creating a purity of vision which enables his images’ strength.

As the book goes on, certain images are tilted and chaotic, shot with a wide-angle lens, even occasionally with blacks and whites reversed to make a negative image that emphasizes the harsh graphic of its content: an army truck, for example, or the jagged teeth of a coil of barbed wire. The mechanical aspect of war is meticulously observed, from bullets to helmets to arms and weapons.

Much of the book was shot at Fort Irwin, a massive military training camp with a to-scale constructed Iraqi village, Medina Wasl, where soldiers enact missions and learn how to deal with a “soldier’s absolute worst day”: major injury or death. Platon records this environment with unflinching precision: his images depict the real-life double amputees who act as soldiers losing limbs in crisis circumstances, as well as the eerily-realistic prosthetic limbs, bloodied and torn, created to have as visceral an effect on the participating soldiers-in-training as possible. It is in this suite of images that the reach of war, and training for war, becomes clear: at this training camp, hosts of non-military actors play civilians in constructed souks, selling fake bread while live goats roam freely just as they might in a real combat situation. The photographs of these actors, as depicted by Platon, seem just as “real” as photos earlier in the book of soldiers soon-to-be-deployed.

The book also examines the family drama that war creates: couples seeing each other for the last time before deployment, or the first time since returning home unscathed. Platon presents the tears shed and the last kisses fiercely exchanged with total candor. The viewer cannot help but become involved in the desperation and intensity of these life-or-death moments.

Though there are moments of joy that burst up, unannounced, throughout the book – soldiers performing at a touring dance-recital for morale, for example, or wearing gruesomely comic prosthetic masks for army talent shows – the book moves towards a solemn conclusion. The last suite of pictures presents soldiers who have lost limbs in combat, and then family members bent around the graves of their loved ones lost: clutching the headstones of brothers, fiancees, sons, as a last act of togetherness in a relationship ruptured by war.

It is one of these images for which Platon is best known: a photograph of Elsheba Khan with her son’s grave, the Koran resting against a headstone mounted by a Muslim star and moon rather than a Christian cross. Following 9/11, Kareem Rashad Sultan Khan had resolved to enlist in the army to combat extremism. He died a year after being sent away to Iraq for the first time.

Though Platon hadn’t intended for it to be presented as a polemic image, it became politically influential after it was run in the New Yorker. Former US Secretary of State Colin Powell, after using the image to publicly discuss the necessity of a non-polarized America, wrote to Platon thanking him for his art, “for reminding us in a painful way what America is all about”.

In his work, Platon seeks connection above all things, learning peoples’ stories and responding to them in such a way that affords his work its trademark intimacy. He is a humanistic photographer, and Service – with its expansive portrayal of the characters and dramas, small and large, of war – presents violent themes with great sensitivity. 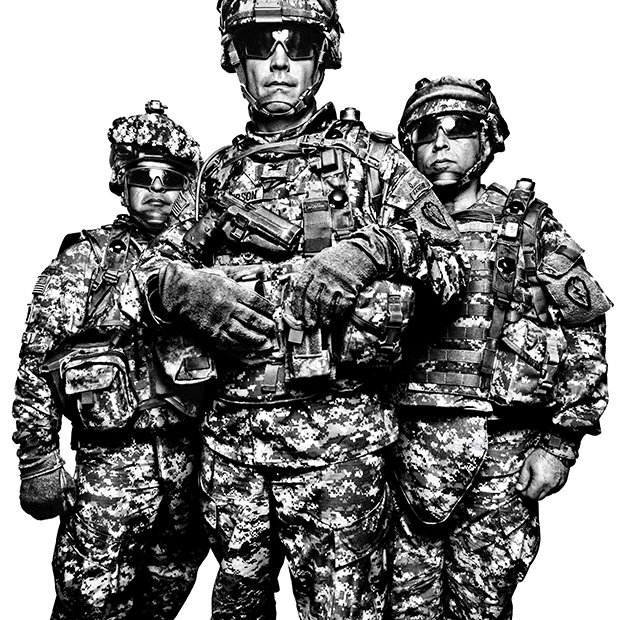 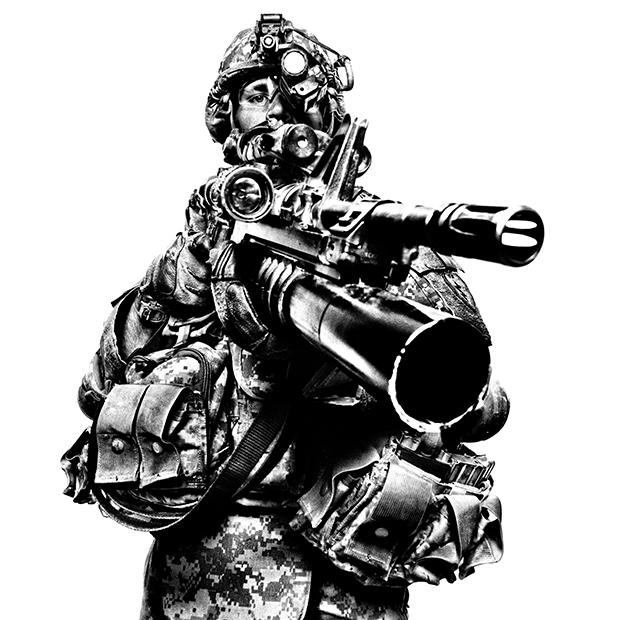 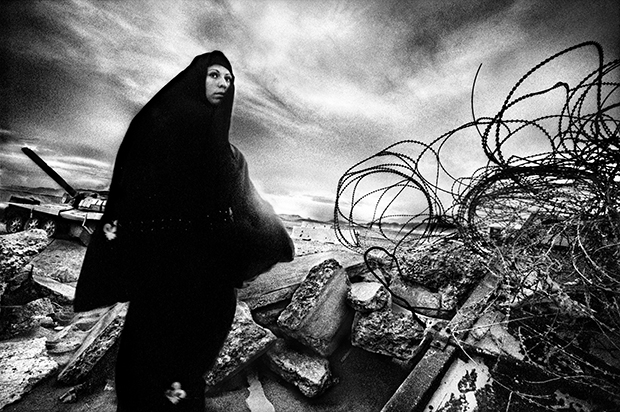 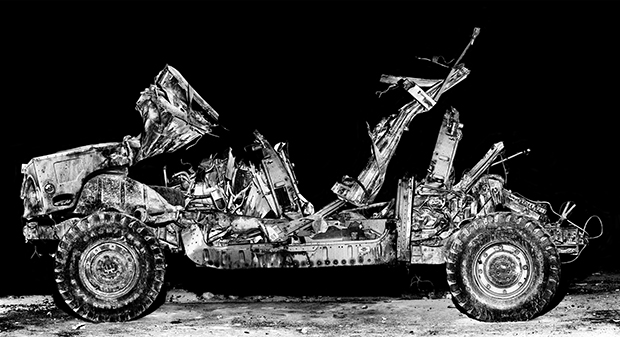 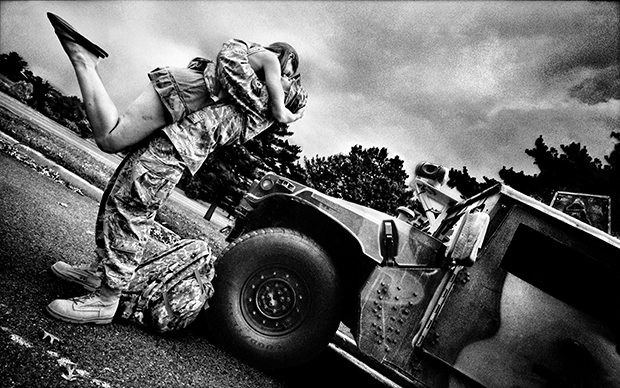 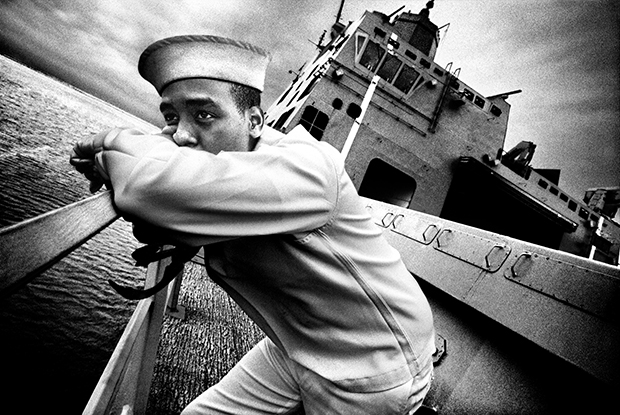 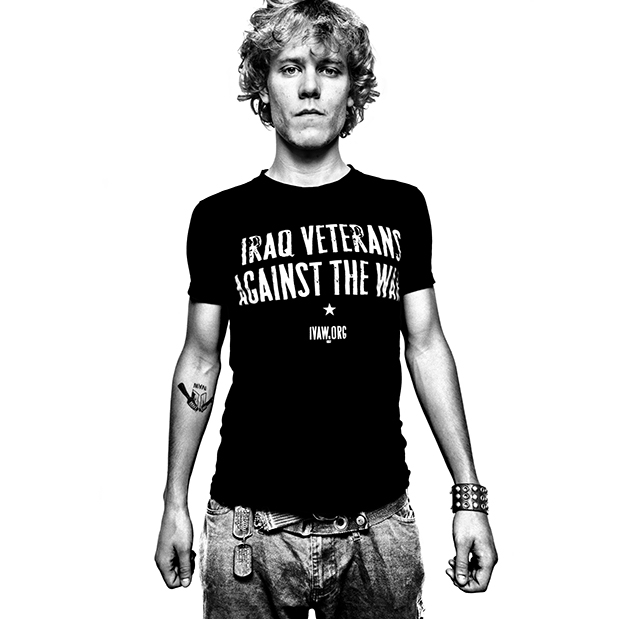 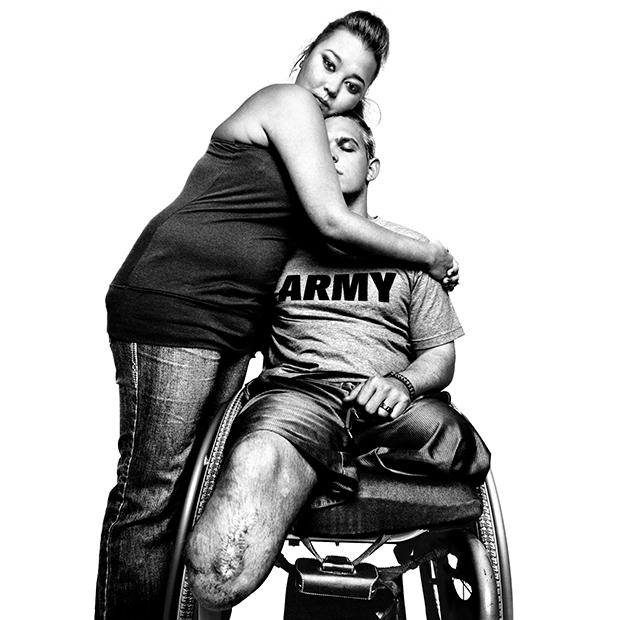