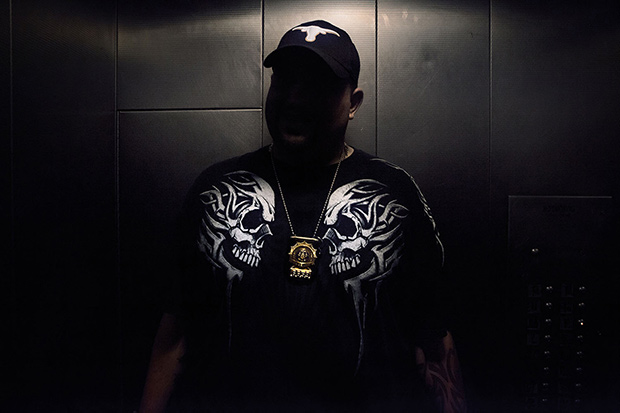 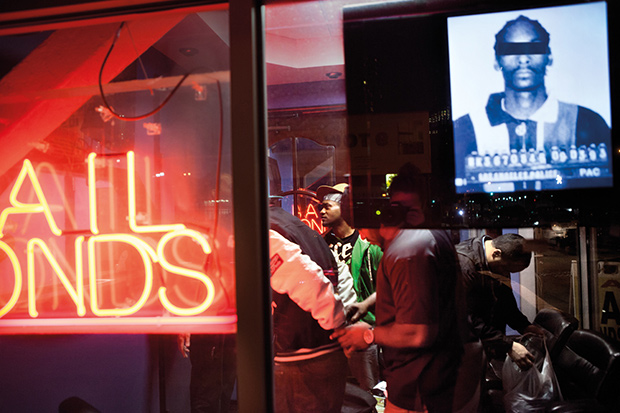 Navigate around any major city in the United States, and you’ll likely see signs for Bail Bonds. In New York, it feels like they’re everywhere. For Italy-based photographer Clara Vannucci, these same signs captured her attention while she was spending time in New York, not least because there is no equivalent for this practice in Europe. Bail Bond, published by Fabrica, “weaves together stories of defendants, bondsmen and bounty hunters in today’s New York, and offers a visual narrative of an unexplored zone in the United States legal system, where crime and security clash and merge.”

For those unfamiliar, a bail bondsman offers the service of putting forward most of the bail money after a person has been arrested and bail is set for their release. The bail money is meant to insure that the defendant will return to their court date—no bail for those deemed a “flight risk.” The bail bondsman is a broker, of sorts, that fronts most of the money—and makes themselves contractually obligated to chase down the defendant if they miss court dates or are otherwise delinquent. When this happens, the bounty hunters are then brought in to go in search of any absent defendant. Vannucci answered some questions about Bail Bond via email. 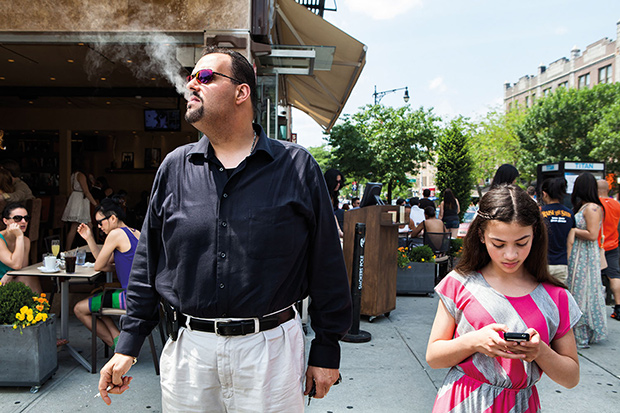 How did you come to work on this project?
“In December 2012, I was in New York, drinking in a bar in Tribeca with some friends, when a huge guy stepped in and started talking with us. His name was Bobby Zouvelos, and he was a funny Greek American guy. At the time, I was working as a photographer in the Battered Women’s Section at Rikers Island Jail, and he worked with bondsman and bounty hunters. I remembered that in the months before, I walked many times through Chinatown, right on Baxter Street. Every single time, I noted the neon light with the writing BAIL BONDS, FIANZAS on the stores in front of the Manhattan Precinct. I always wondered what it could be, but I couldn’t find much information on it. Bobby finally told me everything I needed to know. We both realized we could work on something together. Our collaboration started that very next night, when he called me to go out in the East New York projects with a couple of bounty hunters to look for a defendant.” 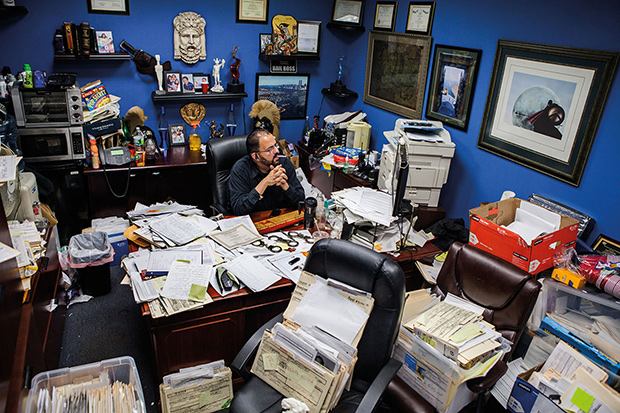 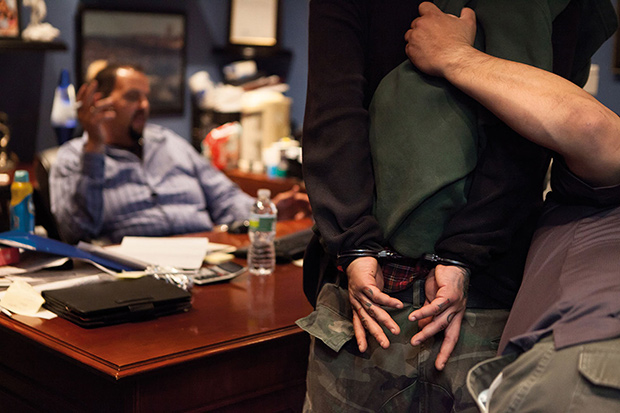 How did you find the bondsmen who became your subjects? Was access difficult?
“I could not tell this story without first explaining the background. To go deeper, I first needed to meet George Zouvelos, Bobby’s brother, the Bail Boss. I needed to understand how he played into this whole story. I met him at his office in front of the Brooklyn Precinct, which had the same neon lights I’d seen walking in Chinatown before. In his office, there was an Andre the Giant poster. Many people work there between the blue walls. George’s office is at the end of the main room. When I entered, George, this huge man, was behind his desk full of paperwork, folders, handcuffs and money. Decorating the room was a Pope picture, the Godfather poster, and Hercules and Medusa sculptures on the walls. Neon lights, again, but this time on the shelves. He had a big gold cross around his neck and bright rings on his fingers. He was smoking and ready to talk. He gave me permission to tell his story, and I realized then that I wanted to know and document all his life, not only the bail bondsman side. That’s why I start to spend time with his family, at home, in church. I want to catch every aspect of his life and people he deals with on a daily basis. Family, wife, children, and of course defendants as well. Defendants are his clients.” 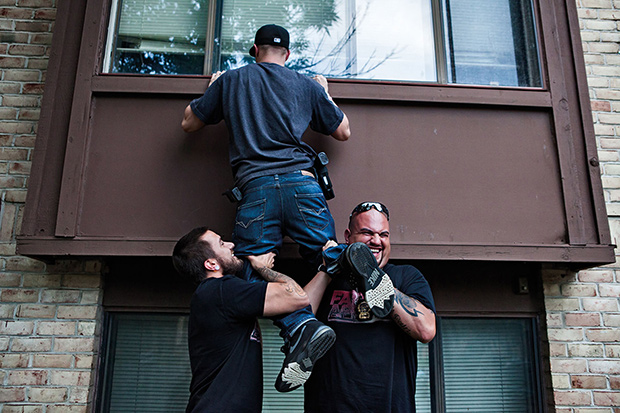 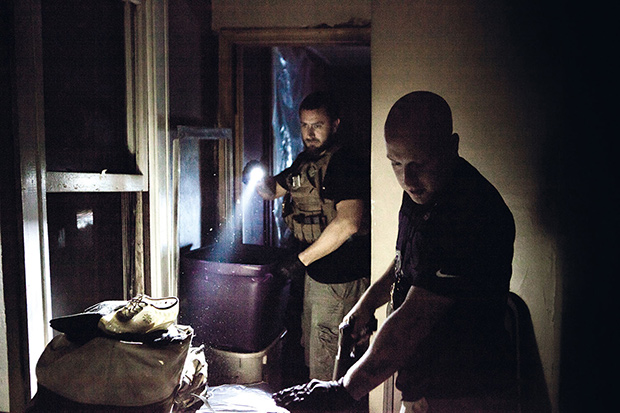 Is there such a thing as a typical work day or night in the life of a bondsman?
“During the day, it’s usually bureaucratic stuff, going to court, dealing with paperwork and new clients, indemnities and defendants. At night, they usually go out to look for the defendants that didn’t respect the contract rules. The nights are so long; they spend most of the time in the truck on stakeouts, studying the case, eating shitty food, listening to hip hop music and basically waiting for something to happen in front of defendants’ or indemnitors’ houses. Sometimes nothing happens, but when we went into the buildings the adrenaline got so high. The corridors are long and usually empty since it’s late at night. When we’d get into a defendant’s apartment, the lights would be off, with just the bounty hunter’s flashlights lighting the way. We wouldn’t have any clue about who could be behind the door. We went into people’s apartments at night when they were more vulnerable, scared. You never know what their reaction could be. Sometimes they would cry because we were trying to find their son or brother or girlfriend, and sometimes they’d lie because they wouldn’t want us to find them.” 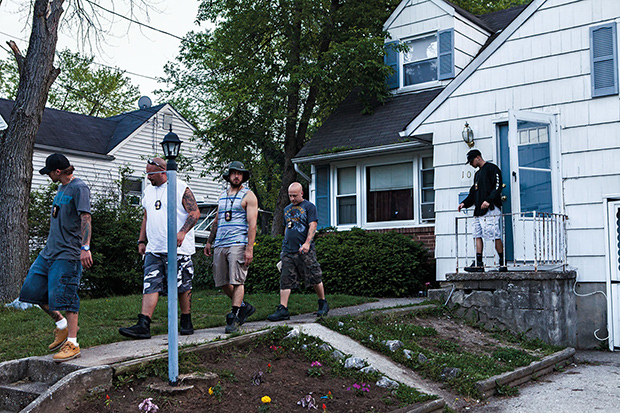 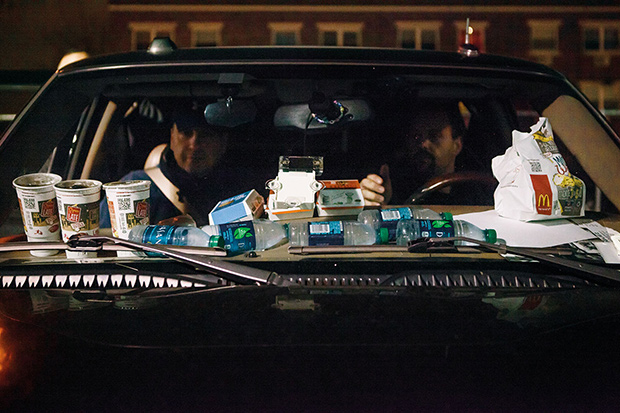 How did they gain access to the houses they’re searching?
“When the indemnitor signs the contract with the bondsman, he gives him the right enter his, his relatives’, and his friends’ apartments without any warrant.”

What were the most and least surprising things you learned about this particular employment?
“Basically everything was pretty surprising, we don’t have anything like this system in Europe, and getting to know a world like this was certainly a continuous surprise. Bail Bond is a journey into contemporary New York, the dark of the night, the dangerous, and the remote. It seeks to investigate a system about which I asked a lot of questions and which still have not found all the answers.

All images © Clara Vannucci. From Bail Bond, published in May 2014 by Fabrica, the Benetton Group’s communication research center. 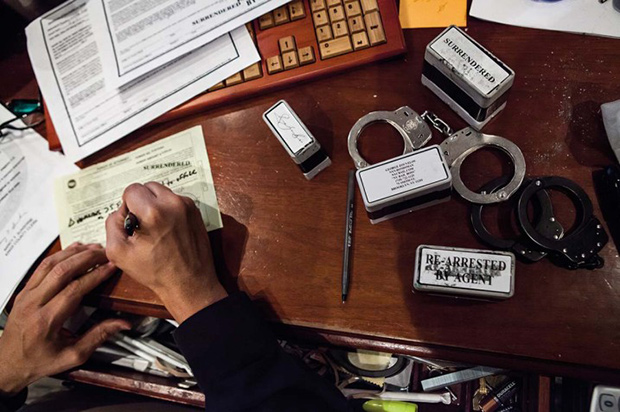 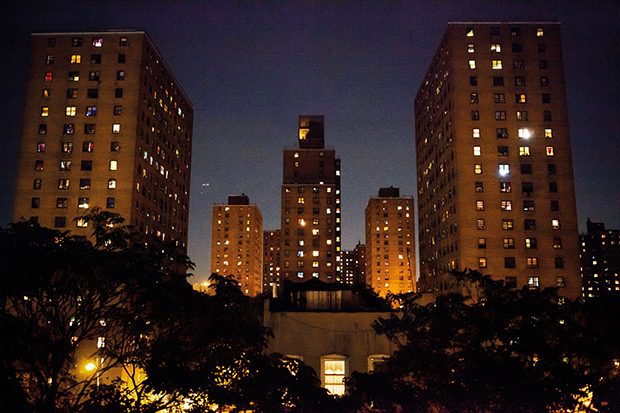 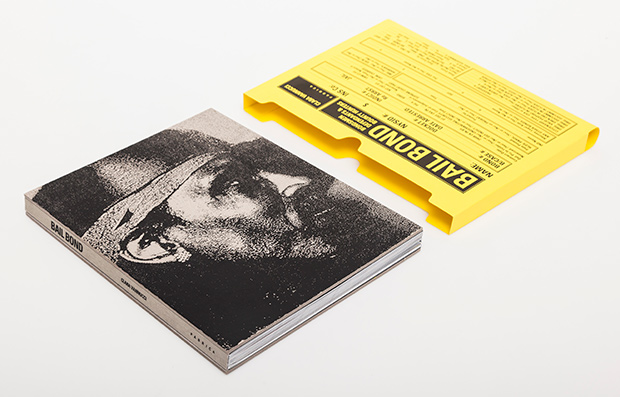