By Alyssa Coppelman on September 3, 2014 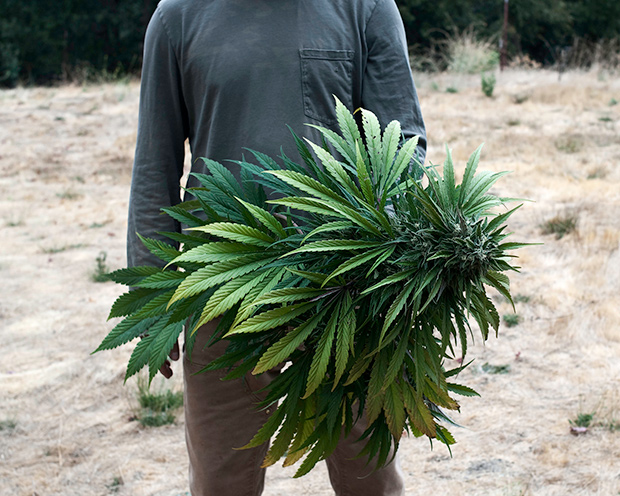 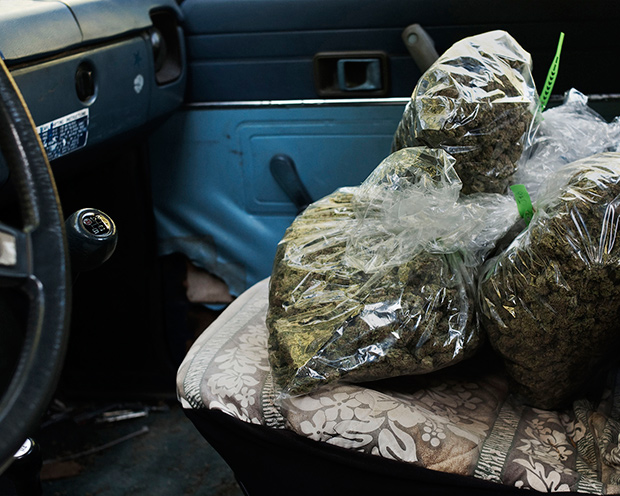 Over the past ten years, marijuana legislation in the United States, though somewhat slow moving, has made small leaps and bounds. New York-based photographer H. Lee witnessed some of this change over the course of eight years spent in Humboldt County, California—well known for decades as the “Emerald Triangle” and the one of the prime sources of the country’s stinky weed production. Grassland, published by Kehrer Verlag, is the result and serves a window into this secretive yet legendary, lucrative industry at a time when the country seems poised to further legalize the demonized plant.

Though Lee first arrived in Humboldt in 2004 and lived on one farm when she was there, she didn’t begin photographing until 2010 when it seemed possible, for a while at least, that California might legalize pot across the board (medical marijuana had already been legal for awhile), and after she had been around long enough to gain the trust of the growers she’d gotten to know. The law being struck down caused some rejoicing by the growers, interestingly enough, whose profits would be massively impacted by legalization and regulation. Lee spent a year photographing the growers, the migratory workers from the Bay Area the harvest attracted, and other aspects of the clandestine but booming marijuana industry.

Lee keeps her identity unknown to protect her subjects: “I promised the growers and those I photographed that I would use a pseudonym if the work ever got published. As I had spent a lot of time there, I imagined that people would feel more safe if my real name wasn’t linked to the project. Secrecy and discretion are key components to growing weed in Humboldt, as you can imagine. The pseudonym agreement simply gained me access. And I’m just honoring my word.” She was kind enough to answer some questions via email:

How much of the eight years leading up to and working on Grassland did you spend in Humboldt?
“A lot. Enough to learn how to grow weed if I wanted to. I wasn’t there full-time, but it was a home.”

How do the growers vet people they do business with?
“From what I could tell, each has his/her own way of hiring and sussing out  workers. In my circle, it was word-of-mouth and good references, or even family, friends, or acquaintances, and maybe their friends. Often good groups of trimmers are shared amongst grower-friends. I was always surprised to know that people on the side of the road, holding looking-for-work signs got picked up.” 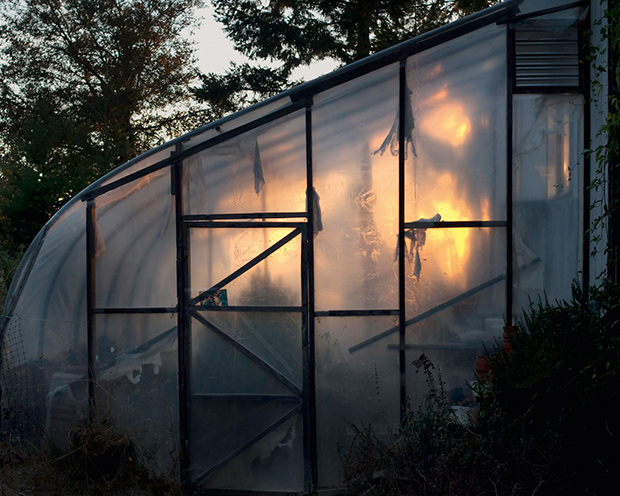 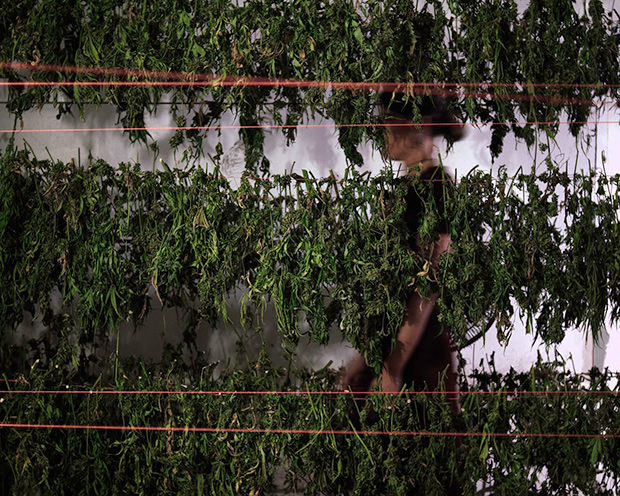 Does everyone who lives on the farm work on it as well?
“Well, I didn’t, for one. But it’s not as if the farms [I knew] were teeming with people, any time other than harvest season. There might be a grower and a farmhand or two on the farms I was acquainted with.”

Even after you had spent years interacting with inhabitants of the farm, were there people who didn’t want to appear on camera, even with their identities enshrouded?
“Yes, definitely. Many people weren’t into it, and wouldn’t give me access to their scenes at all. And there were others who didn’t even want their body parts shown. Media of any kind wasn’t too popular up in the hills.” 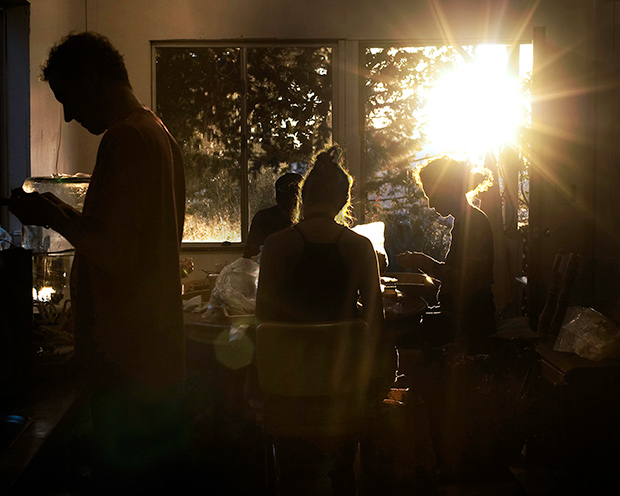 With the amount of time you spent there, could you sense a change in the general feeling of society, at least in the region, towards legalization of the growing and use of marijuana?
“Absolutely. I started the Grassland project when Prop. 19 appeared on the California ballot. The county was all abuzz and in debate, and most seemed against it. But there were those organizing for the imminent change ahead, and plenty of new people inundating the area to cash in on what people are now calling a Green Rush. At the same time, the price of pot was going down, and new gardens seemed to be popping up all over, the number of plants doubling, tripling. There was no doubt that change was in the air.” 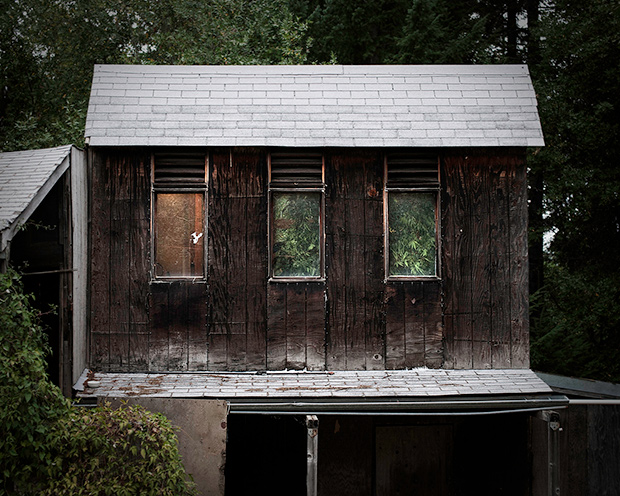 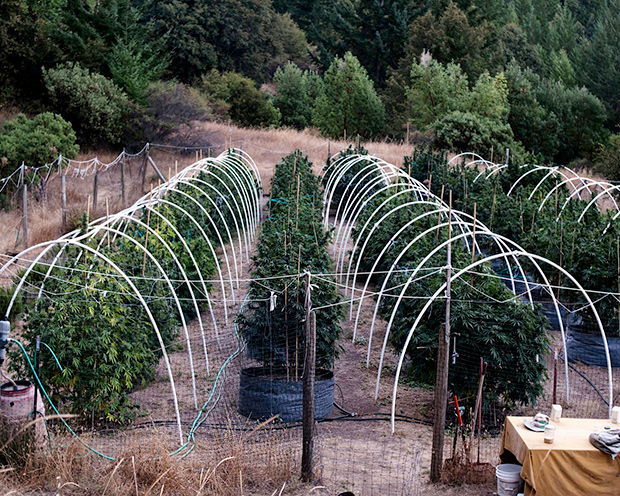 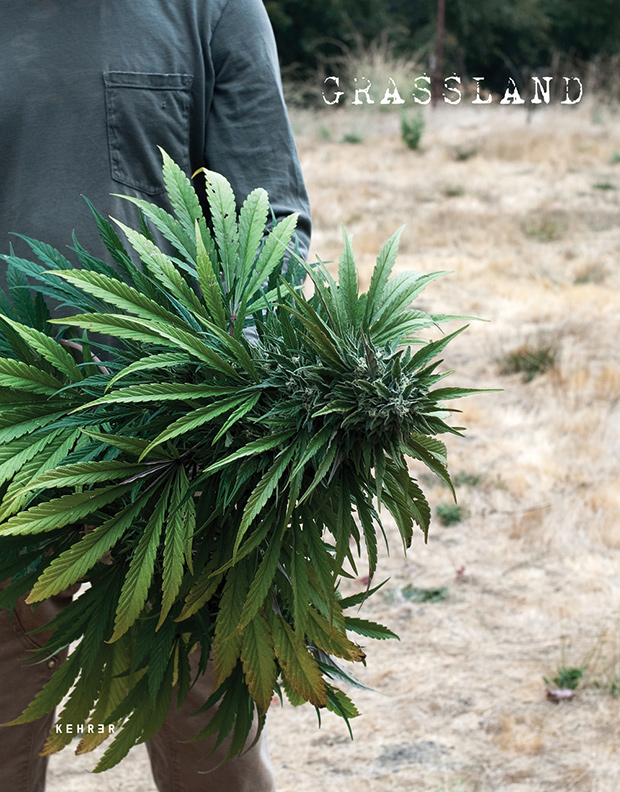 All images © H. Lee. From Grassland, published by Kehrer Verlag.