Gripping Photos Capture a Young Family of Mine Workers in Bolivia 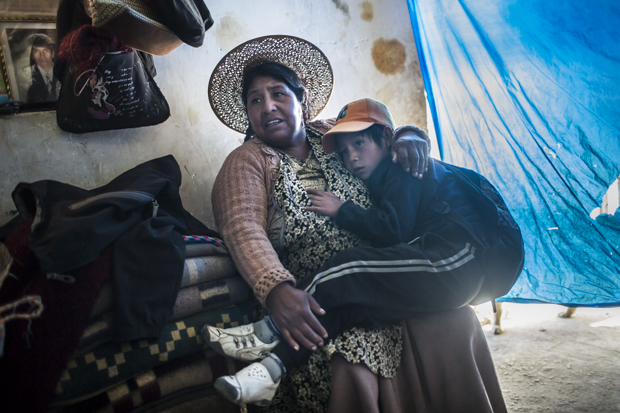 Maxima Limachi holds her youngest son Israel in her arms. On the window ledge stands a photo of her deceased husband. He died at the age of 35 in a mining accident in one of the tunnels of “Cerro Rico”. Since then, Maxima has raised her children alone. 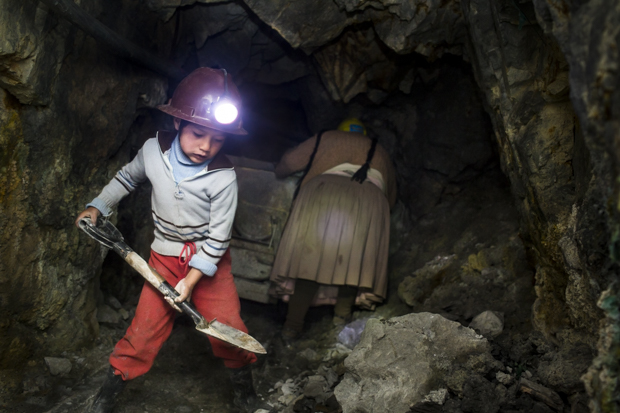 For guarding the mines seven days a week all day long the cooperative pays around 40€ to Maxima and her family. To earn a little more they have to work in the mines themselves from time to time. The seven years old Israel helps to free the cart‘s railway from debris.

Towering over the city of Potosi, Bolivia, the Cerro Rico mountain houses approximately 500 silver mines, 15,000 workers, and 200 families. Having catapulted Spain and the surrounding European territories into an era of prosperity from the mid-1500s onwards, the promise of the mountain began to fade by the 19th century with the vastly decreasing quantities of silver. Today, miners and guards brave the depths of the mines for meager wages, among them women and children.

For Potosi’s Little Guards, photographer Jonas Wresch intimately documents the lives of Maxima and her children Yoddy, Paul, and Israel, a family with whom he came into contact through the German NGO Kindernothilfe. In the wake of the father’s young death in a mining accident, Maxima works an estimated 168 hours per week guarding the mines of Cerro Rico. Throughout her broken nights, she keeps safe the mining equipment and watches for potential thieves. Says her daughter Yoddy, “I never want to have children because I could never leave my mother alone. I owe her my life and therefore I will never stop taking care of her.”

The children, the youngest of whom is seven years old, have taken on various duties around the house and in the mines, including cleaning, cooking, caring for pigs and the guard dogs, and entering the mines to push as well as to clear the path for carts. Risking injury and illness from the collapsing mine areas in addition to molestation at the hands of drunk mine workers, the kids and their mother work throughout the day, returning home to sleep huddled together for warmth.

Under Wrensch’s lens, the children appear both tender and hardened, possessing a youthful innocence commingled with an unfathomable sense of responsibility. Of few years yet burdened with back-breaking work and the constant threat of economic failure, they work dutifully even as they cling to their mother, delight in play with their toys and dogs between long hours of labor. 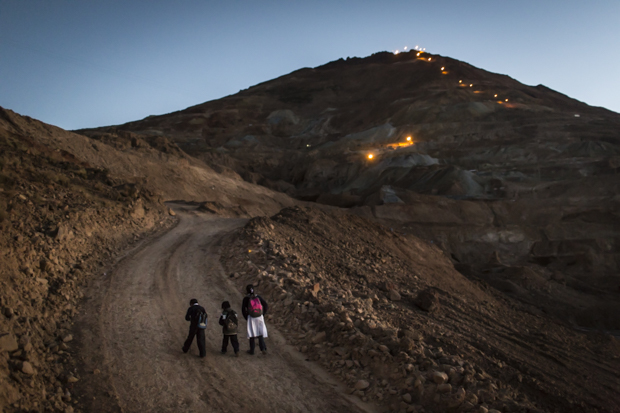 When Yoddy, Paul and Israel come home from school it already gets dark. Often they meet drunken miners on the way up to their house. Yoddy doesn‘t like to live between so many miners. She doesn’t feel comfortable and says that many of them molest her. 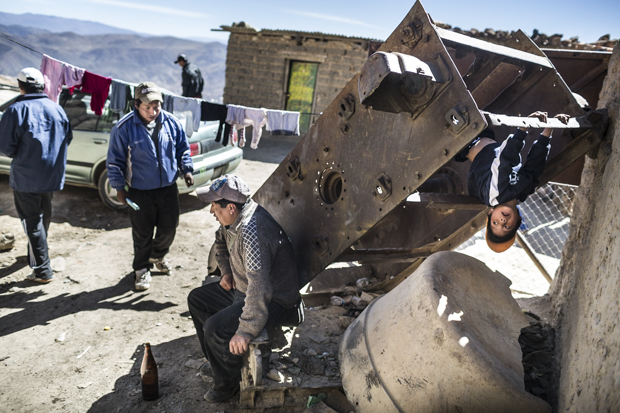 Every friday the miners drink cheap 96% alcohol or beer before and during their shift. Israel discovered a rusty part of an old machine right next to the miners and uses it for some gymnastic exercise. 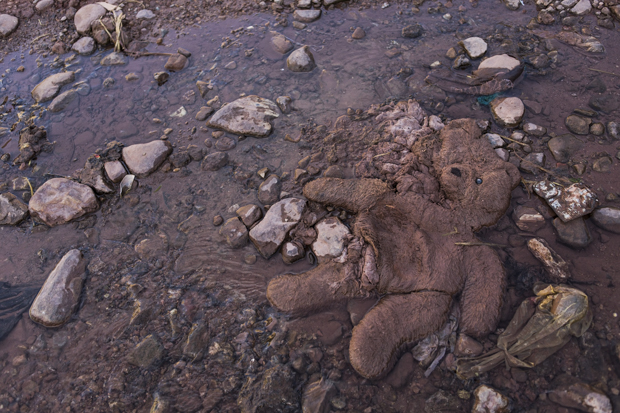 Fights and accidents happen frequently in the hazardous environment of the silver mountain. 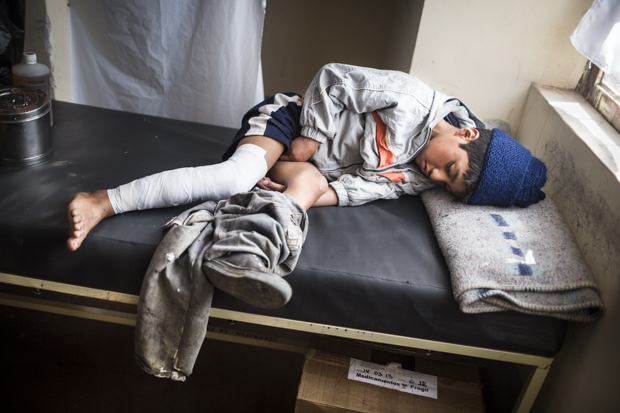 When Paul slept at a neighbor‘s house, the twelve year old son of the family poured alcohol over his leg and foot and set him on fire. He suffered from extensive second-degree burns, but his mother never sent him to a doctor or hospital. Only when the local NGO “cepromin” took notice of the case, he received medical treatment. 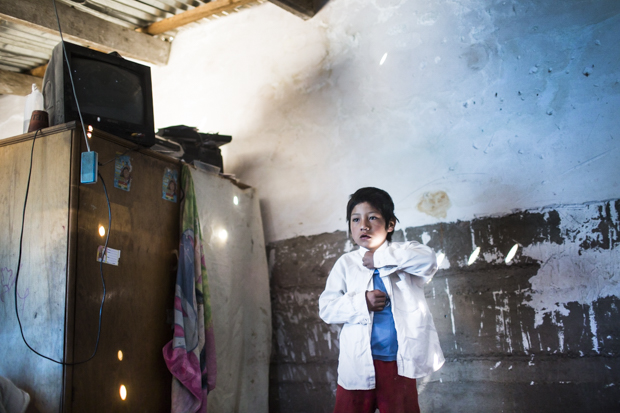 Every day at twelve o’clock, Israel and his siblings go through a little transformation to show their best side in school. They put on the school uniform, comb their hair and clean their shoes. They are afraid of beeing discriminated in school due to their appearance and the smell of minerals in their clothing. 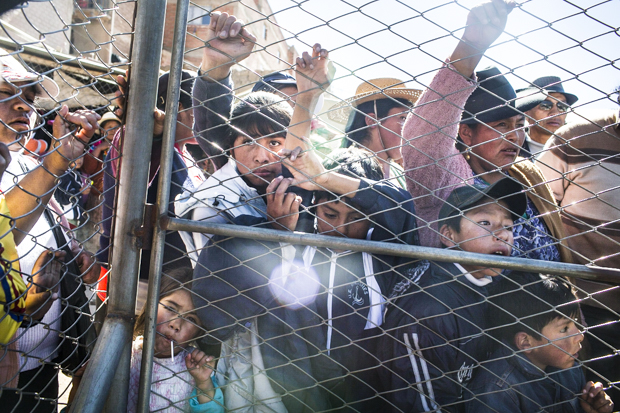 Instead of going to school, Yoddy and Paul wait for hours to receive free clothing which the cooperative is handing out. 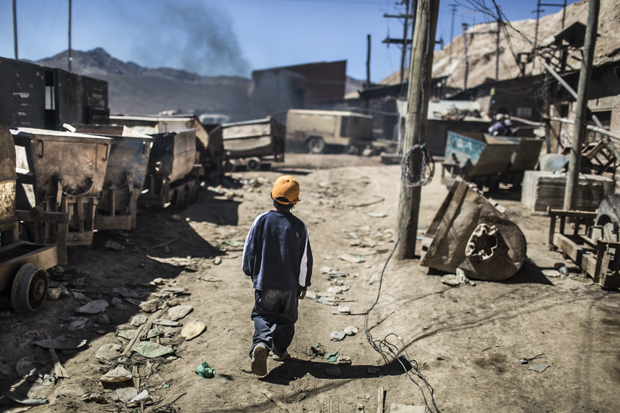 Surrounded by mining-carts and the exhaust of compressors, Israel walks along a road on Cerro Rico. 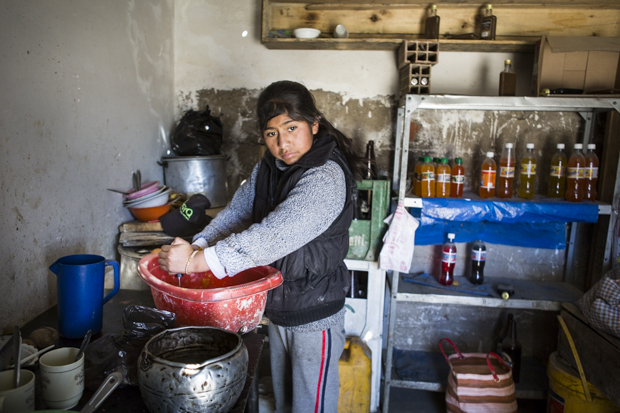 Yoddy works in the kitchen to prepare lunch that she later sells to the miners that work close to her house. She also sells the soda and liquor on the shelf behind her. 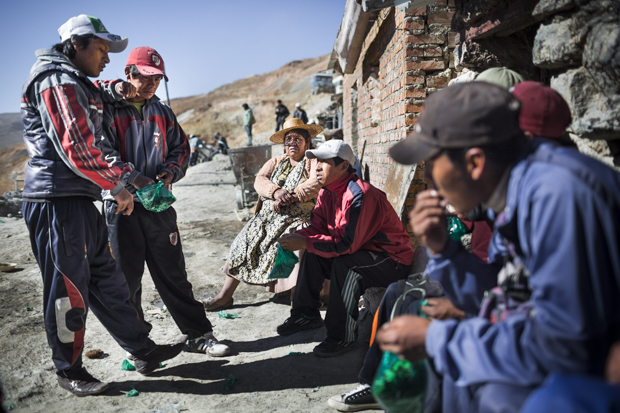 Maxima sits in front of her house with a group of young miners, [who] chew coca-leaves before entering the mine. The juice is supposed to give them energy for the hard work in the mine. 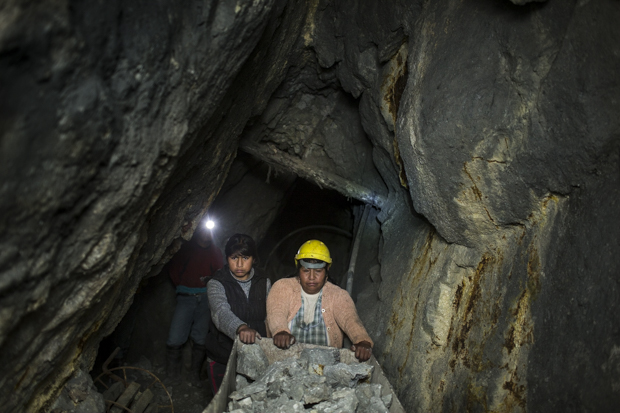 Yoddy and Maxima are pushing the cart with rocks out of the mine. 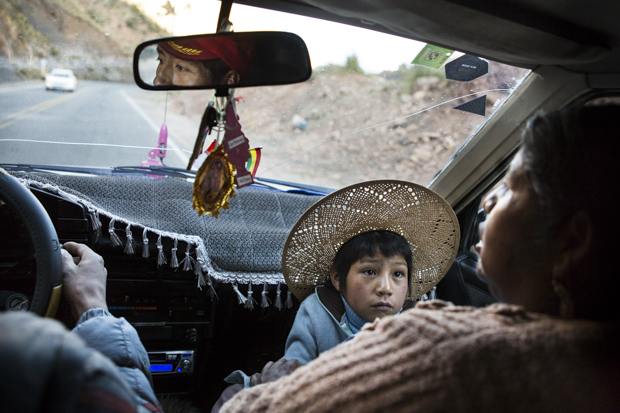 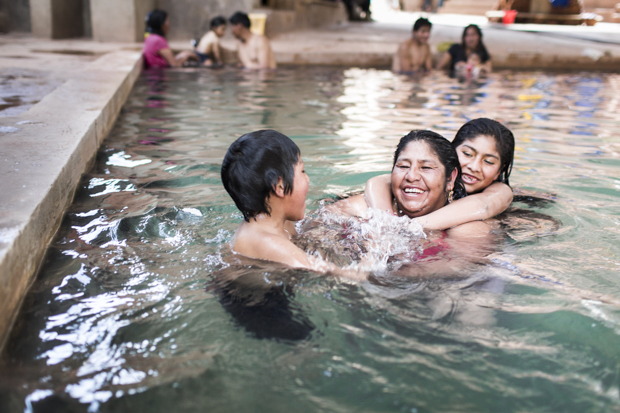 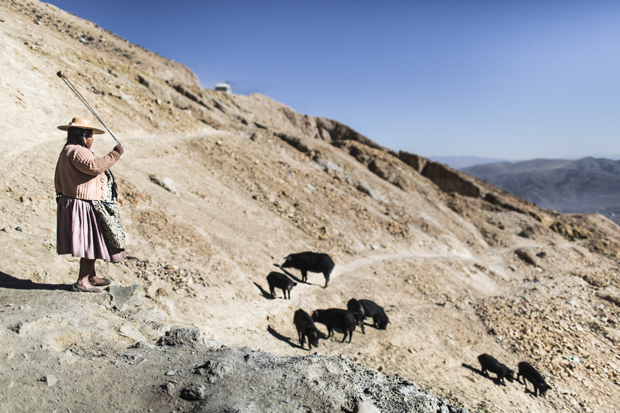 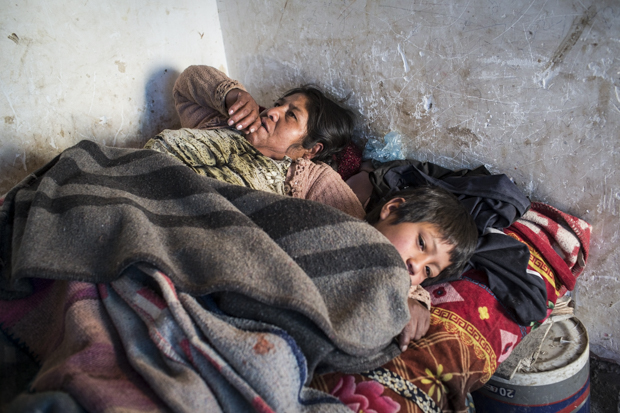 Maxima often seems tired from the daily efforts to provide the most basic needs for her family. 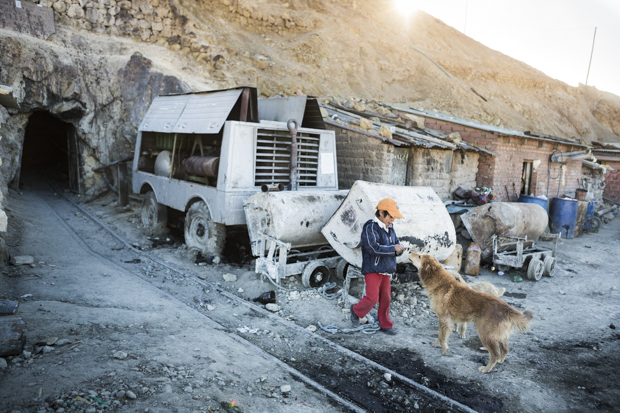 Israel stands in front of his house right next to the entrance of the mine and plays with “Oso”, one of his six dogs. 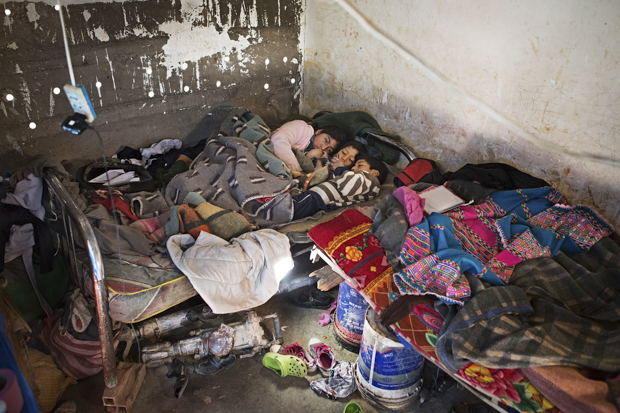 In the early morning, Yoddy and her brothers lie in bed. Under the mattress the family stores drills that the miners use in the mine next to the house. [If] something gets stolen, they would have to replace the expensive tools.