‘The Baby Blues’: A Mother and Daughter Explore the Complexities of Birth 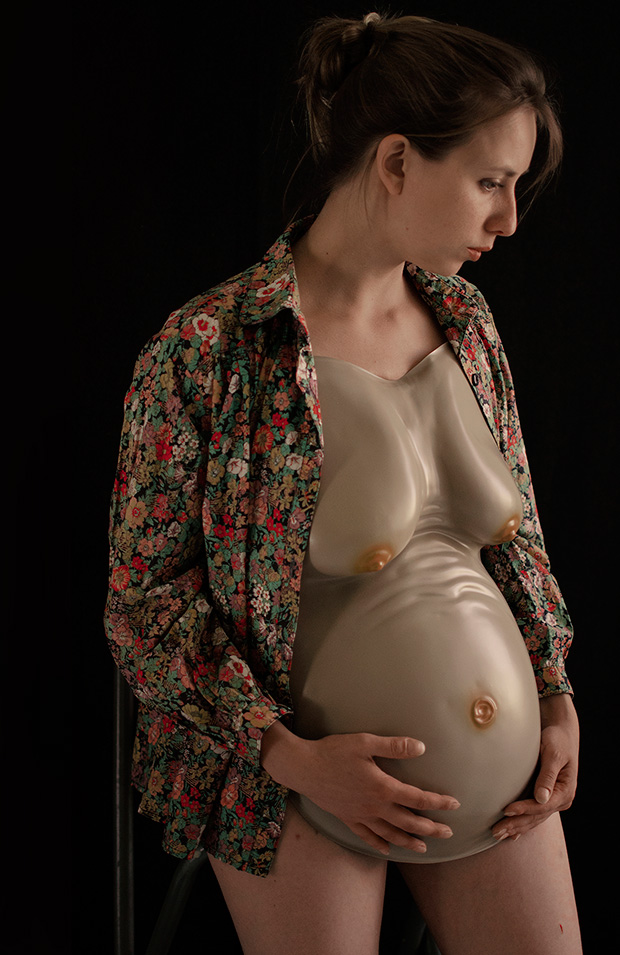 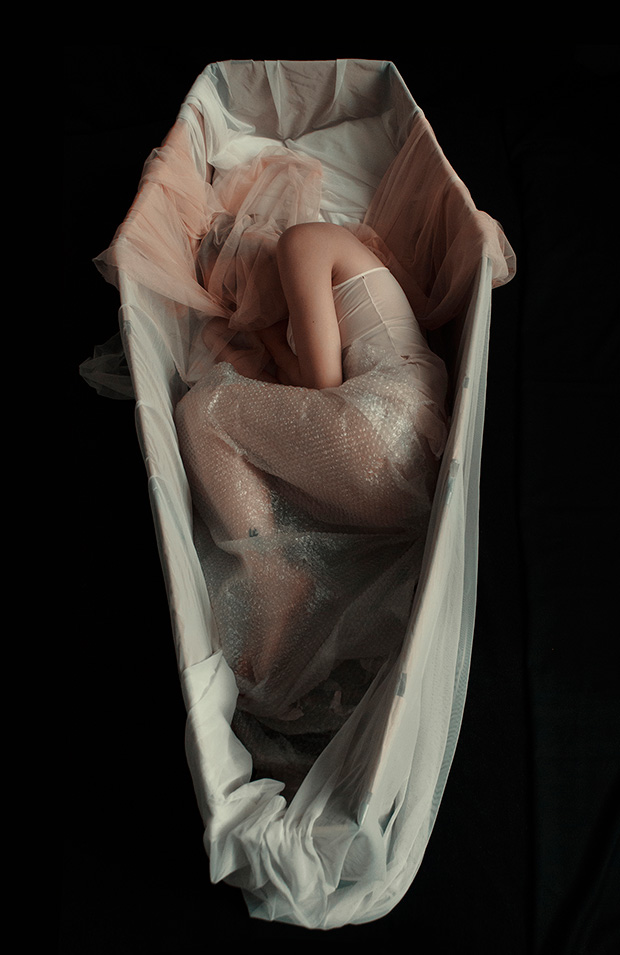 For The Baby Blues, photography duo Memymom, composed of mother Marilène Coolens and daughter Lisa De Boeck, explore the mourning process that sometimes follows a difficult birth. Here, literal postnatal depression becomes an allegory for the more elusive pangs of sorrow that overcame them after the exhibiting their project The Umbilical Vein, a series of analog snapshots of the child De Boeck acting out various roles in costume. The process of revealing the intimate images publicly was, for them, like a painful and frenzied delivery, leaving them exhausted and hollowed.

The photographers explain that the floral fabric, which they have named the “Liberty Fabric” after the company from which it was purchased, becomes the common thread that shapes their visual narrative. While it initially shrouds the expectant mother, it later becomes a straitjacket that binds the child. As with the bond between parent and child, the cloth both protects and constricts, secures and holds fast.

The carefree snapshot aesthetic of The Umbilical Vein is countered in The Baby Blues with a deliberate weight and fatigue. De Boeck, who was an adolescent in the former images, plays here at being the mother, slipping back a few times into the comfortable role of child. The madonna figure she inhabits is an honest representation herself in lamentation, but is also fictional, as with the characters she portrayed in her youth. In this way, The Baby Blues is at once a passage from innocence into experience, from indulgence into sobriety, and a desperate return the whimsy and sportiveness of childhood. 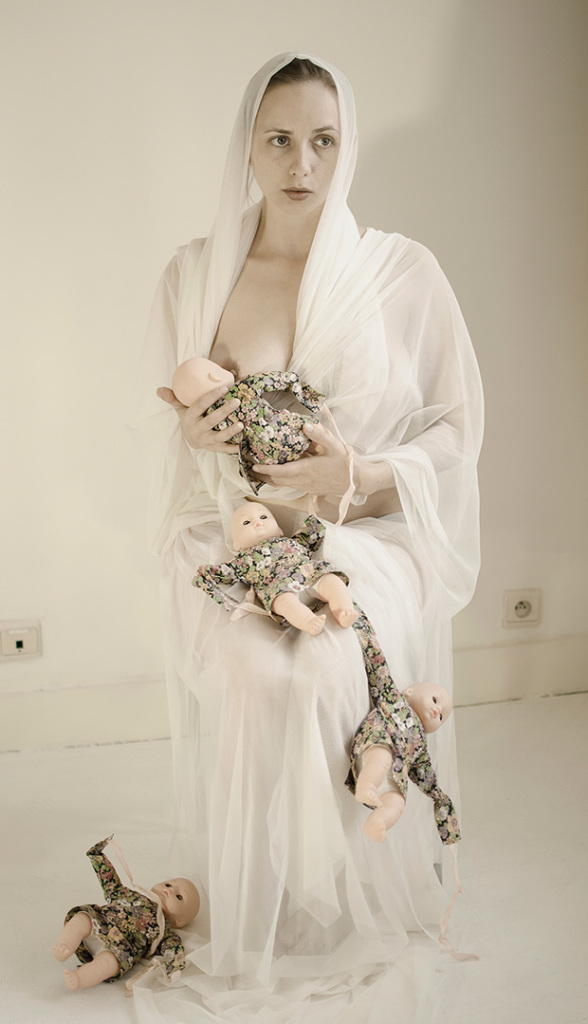 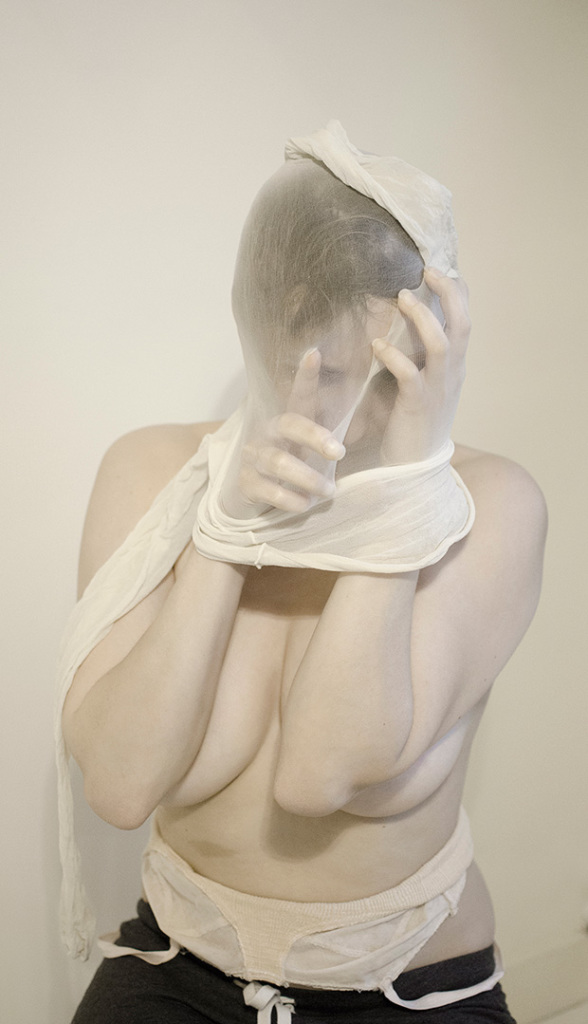 Get Out of Me 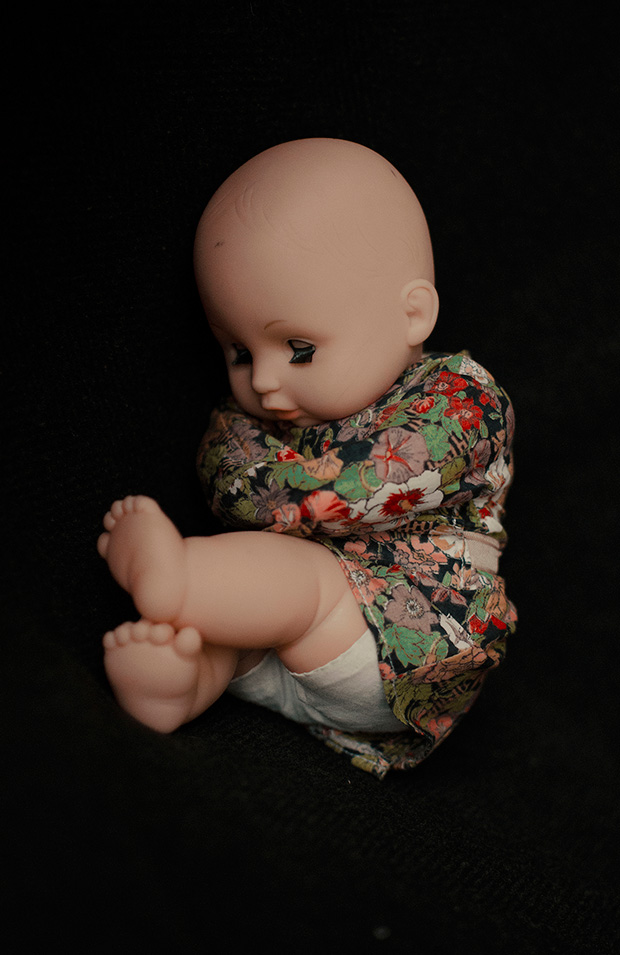 Under The Massive Skin 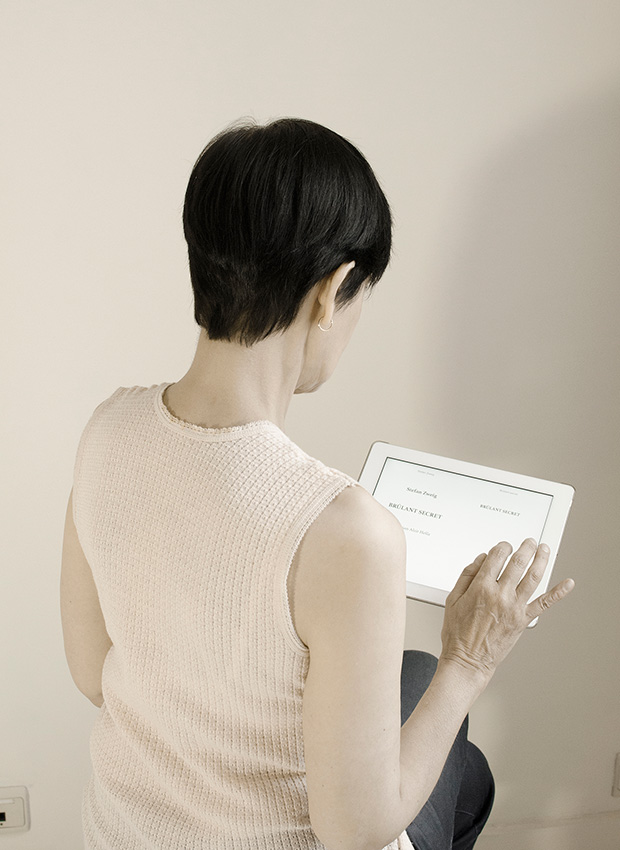 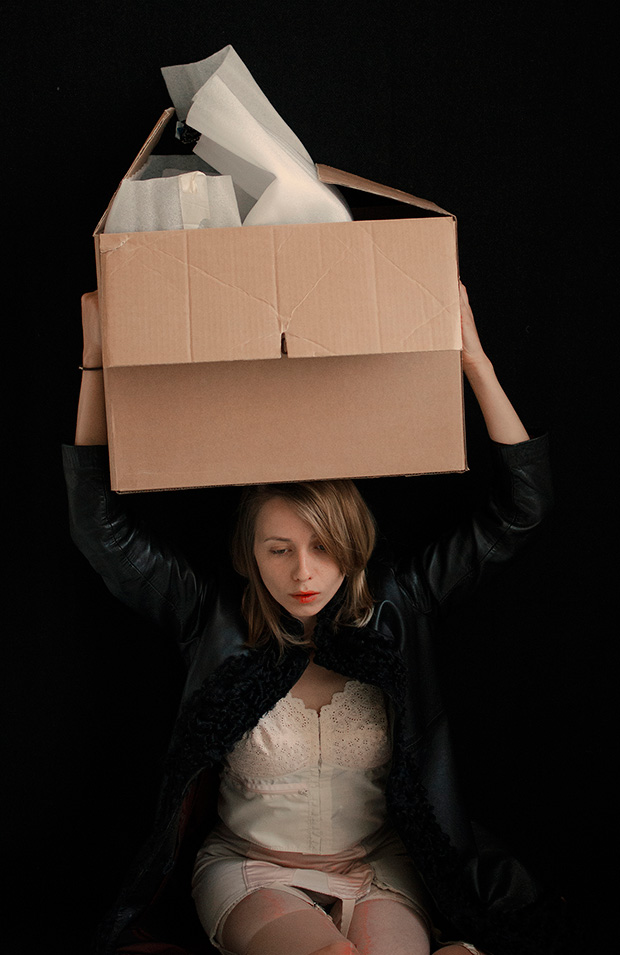 The Weight I’ve Put Upon Us 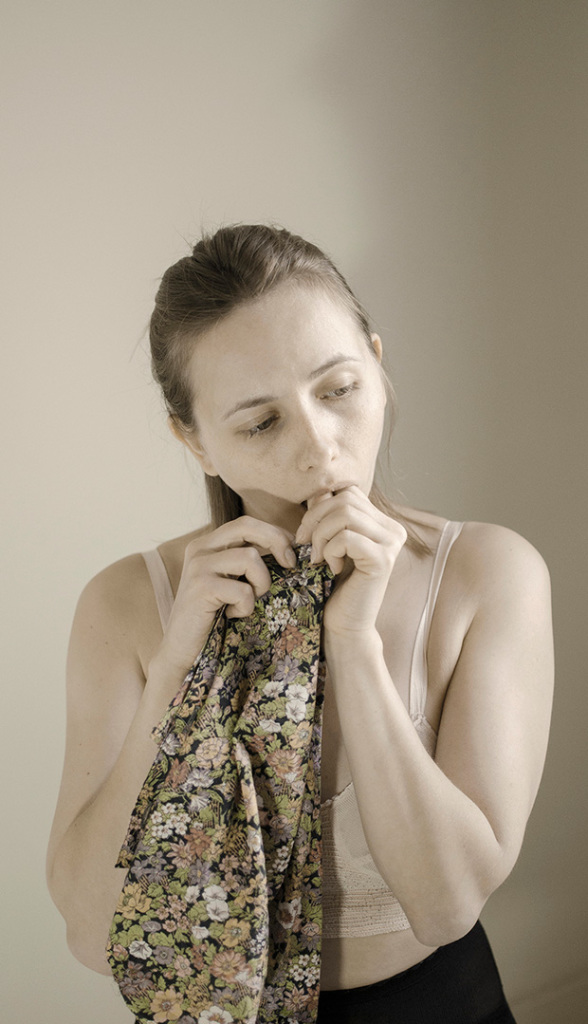 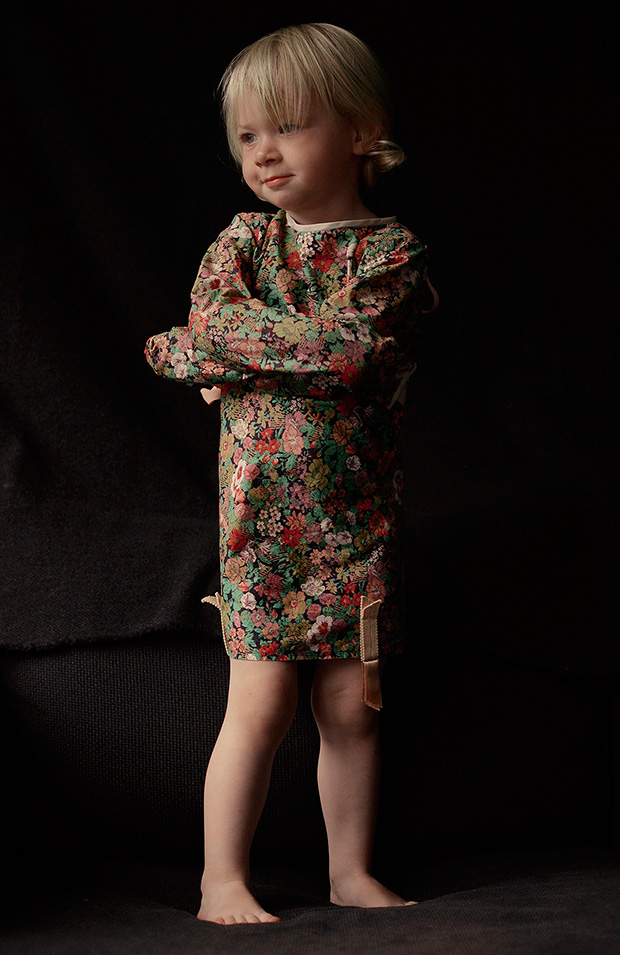 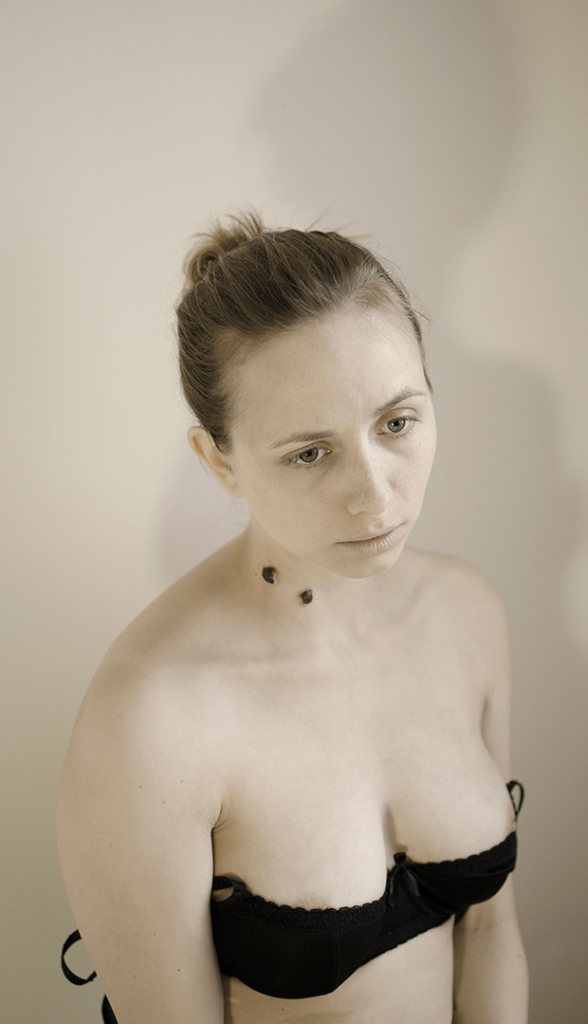 Will I Turn Too?