Photo du Jour: A Leader of the Crips Gang With His Mom in Brownsville, Brooklyn 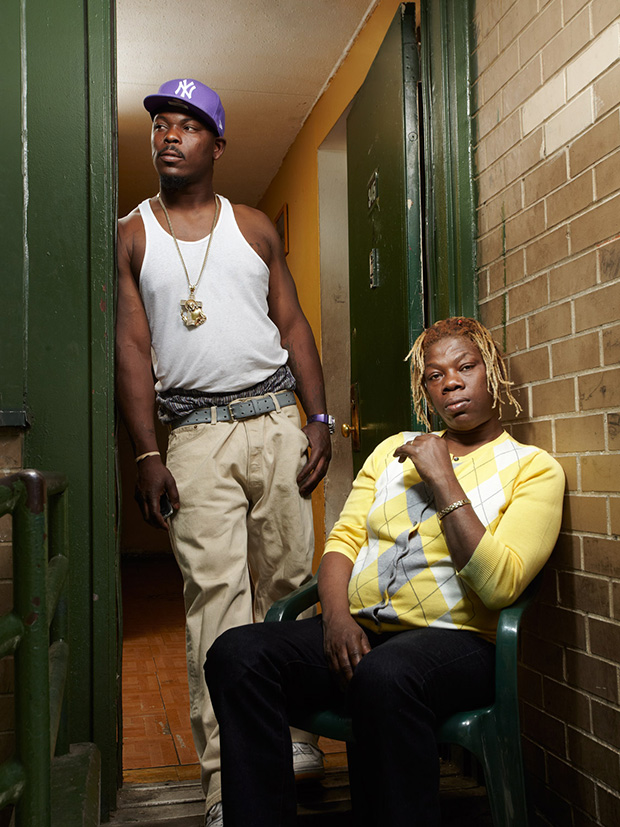 Reed Young describes it as “the single most difficult photograph” of his career. Standing before Loco, who is known in the neighborhood as a leader of the Crips gang as well as the smaller Folks, and his mother in front of their house in Brownsville, Brooklyn, the photographer noticed a silent crowd beginning to form. A police car stopped and watched, then proceeded to drive up and down the block.

“It was a sunny Tuesday afternoon and I was walking the streets of Brownsville, Brooklyn with my assistant and fixer,” Young remembers. “Brownsville is an interesting place because it doesn’t feel like the most dangerous neighborhood in America’s largest city. That said, there is one street where there seems to be a constant air of chaos, and this is where ‘Loco’ lives.

“As we started to set up lights, people on the street stood watching very quietly. The crowd grew, but nobody came very close and there was still a silence that I won’t forget. A police car drove by at a snail’s pace and then came to a stop in front of the house. They didn’t say anything but it was very apparent they didn’t think I should be there.

“They drove on and circled back – then they continued to drive back and forth every minute or so. Loco and his mother didn’t say a word during the sitting, they didn’t acknowledge any of the onlookers and it seemed like the police were invisible to them. As I was leaving I asked Loco if he wanted me to send him a print, he simply replied, ‘no, but thank you.'”