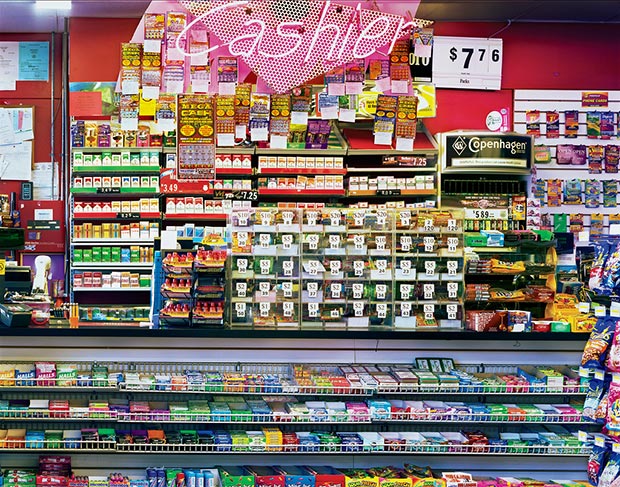 Site of the first winning $10 million scratch ticket in the country. The store received the maximum bonus commission, which in MA is $50,000. 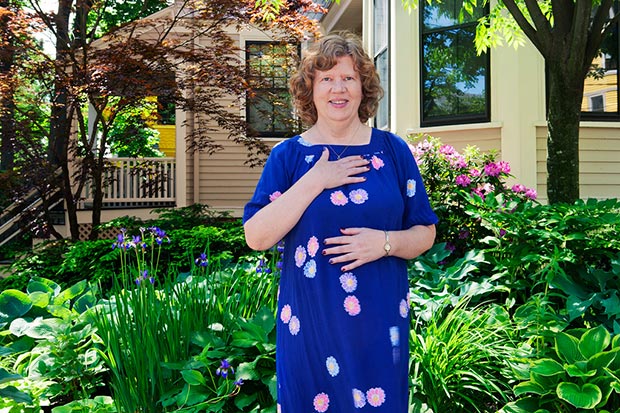 Elizabeth used to spend as much as $100 each week buying scratch tickets: “I was convinced it would solve all my problems.”

Edie Bresler’s series of photographs, We Sold a Winner, at first could be taken for a simple Pop typology — a collection of pictures of convenience stores in all their colorful, cheesy glory. But dig a little deeper, and you’ll find the Boston photographer and teacher found something else at the brightly lighted shacks, sheds, and cinder block cubes of Playland Market, Cassie’s Corner Shop and Minihan’s Handy Store. Dangling over gaudy ranks of Cheetos, M&M’s, and bottles of Five Hour Energy Drink are festoons of lottery tickets. They bark slogans like “Set for Life” and “Wonderland of Dough.” They are at the heart of Bresler’s project. She photographs stores that have sold million-dollar tickets.

After 2008’s economic meltdown, Bresler’s mind must have been on things like economics, optimism, privation and gambling. But her eyes were on the ground. Lured by acid colors and smooth slogans, she started picking up discarded lottery tickets. Bresler was curious enough to do some research into the Massachusetts State Lottery, which turns out to have the highest per capita lottery spending in the country. She also found that stores that sell winning tickets earn a substantial bonus, often reaching five figures.

So in 2009, armed with Google maps and lists of million-winning stores, Bresler set out across the Commonwealth to see what she would find in the jumbled, cluttered sites of hope and jubilation. Instead of snapping the usual grip-and-grins of jackpot winners, she photographed the clerks and owners who got the happy windfalls, eventually traveling to some fifty stores across fourteen states — and still counting.

What Bresler found is spirited — and a little unsettling. Inside the stores, her camera captures the grinning owners, clerks, and shelves dense with goods. She gets to know them and their stories over a day or two and writes eloquent, incisive captions that tell revealing stories.

But our minds keep returning to the big winners, the off-camera folk whose lives have really changed, presumed ecstasy unrecorded and unknown. When she photographs the exteriors, Bresler generally stands across the street in early evening, the buildings more or less centered, extraneous detail elbowing in from the edges, and the sites carry an aura of importance, once you’re clued in. Crime scenes and churches share this aura. But the photographs commemorate a statistical rather than religious miracle: the astronomical luck of the draw. It’s not hard to imagine a winner — a shy, newly minted mini-celebrity — lingering in the blue dusk outside the glowing windows of Cassie’s or Minihan’s, the place where it all happened. 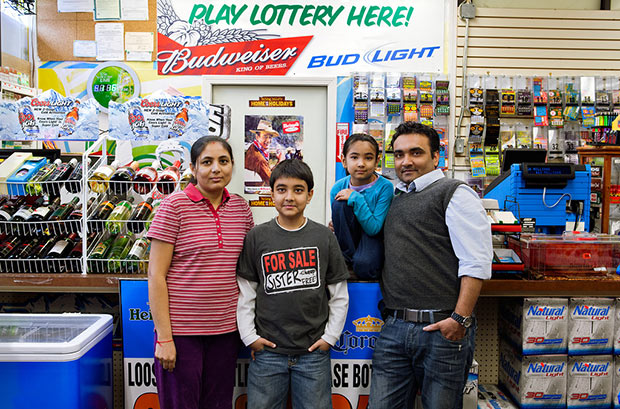 Considered a very lucky store by neighborhood players, they have sold two winning $1,000,000 scratch tickets in the last 10 years. 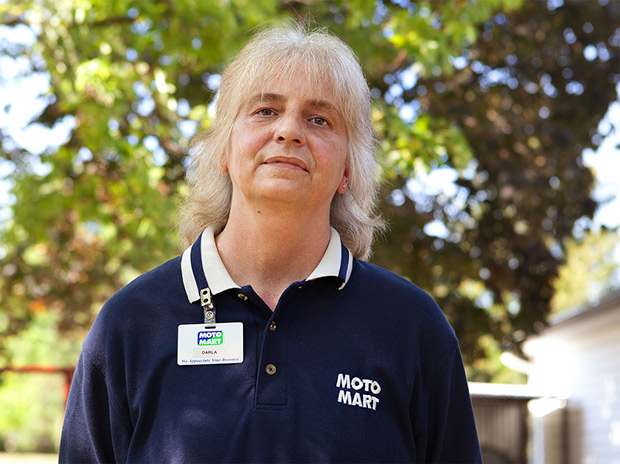 Darla, a regular player, sold the winning ticket. As assistant manager she received a bonus gift of $12,500. When the other five clerks found out they would split the remaining $12,500 bonus, three of them quiet protesting what they viewed as an unfair distribution of wealth. “Money changes people.” 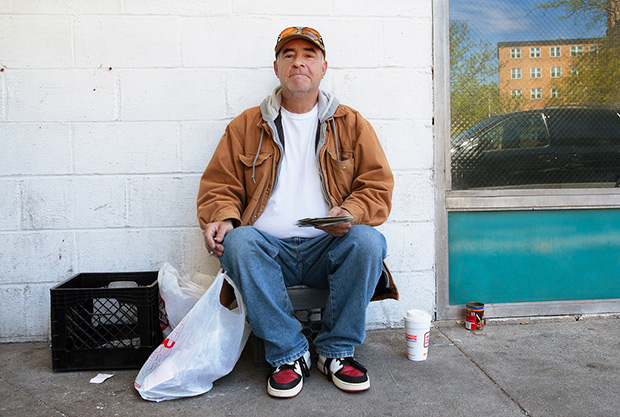 Tony is a ticket hunter. He collects discarded tickets from the trash of neighborhood stores looking for winners that were inadvertently thrown away. “Some weeks I can make $250.” 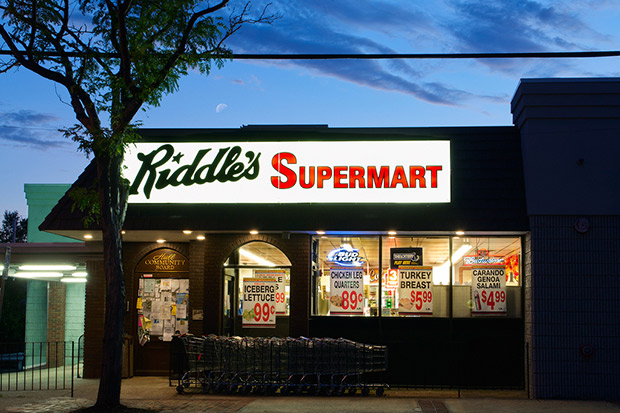 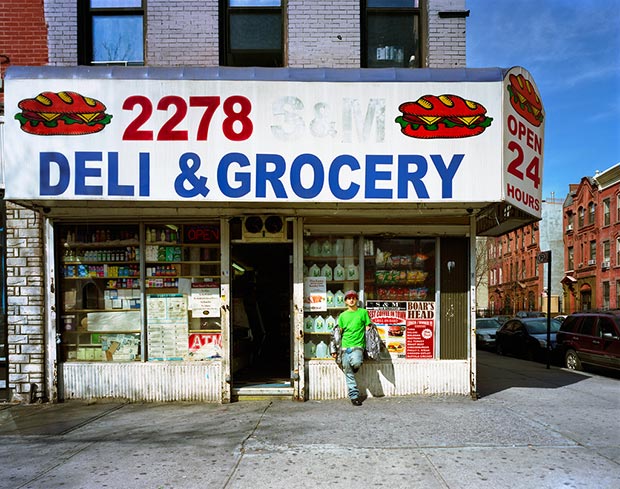 Banned from the lottery, Harlem, NY.

On New Years Eve in 2008, a clerk in this store won $10,000 / week for life on a scratch ticket. Soon the owner began to experience a rise in ticket thefts and after several frustrating years he banned all lottery products from his store. Owners are liable for the cost of any stolen or missing tickets.

In 2002 Amar sold winning $1,000,000 scratch ticket. With the $10,000 bonus commission he put a down payment on a house nearby where he still lives with his wife and two daughters. 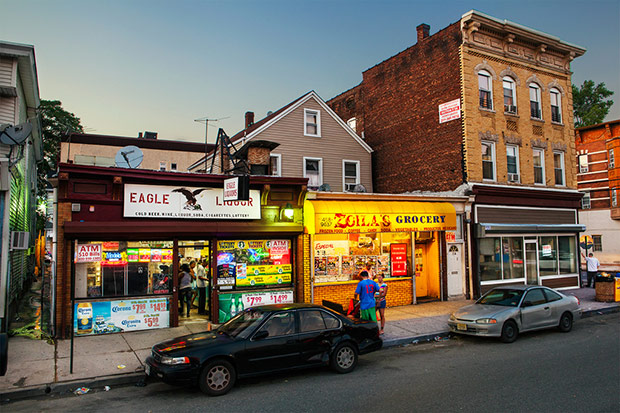 A player who stops by every day to purchase tickets at Eagle Liquors won $338 million Powerball jackpot in March 2013. The owner received a $10,000 bonus commission. 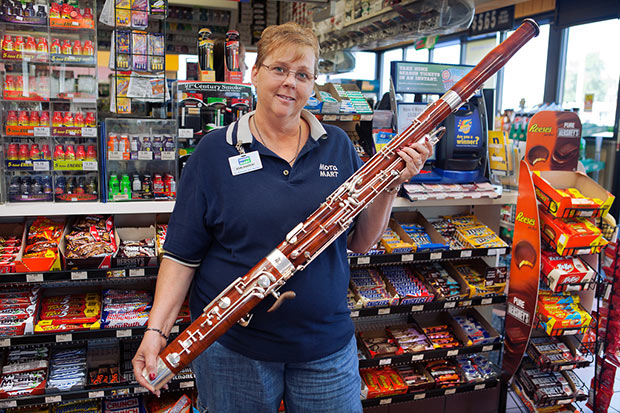 As manager of MotoMart, Denise received half of the $50,000 gift. With her $25,000 windfall she was able to purchase a bassoon for her husband, a retired member of the air Force Band. “He plays the saxophone, trumpet and clarinet but always wanted to learn to play the bassoon. We tried to get a bank loan several years ago but were turned down.” 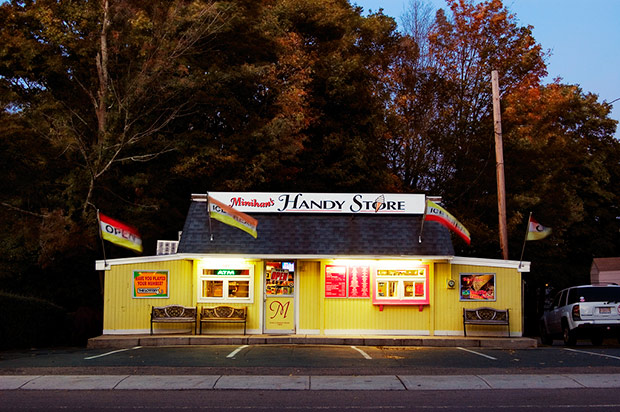 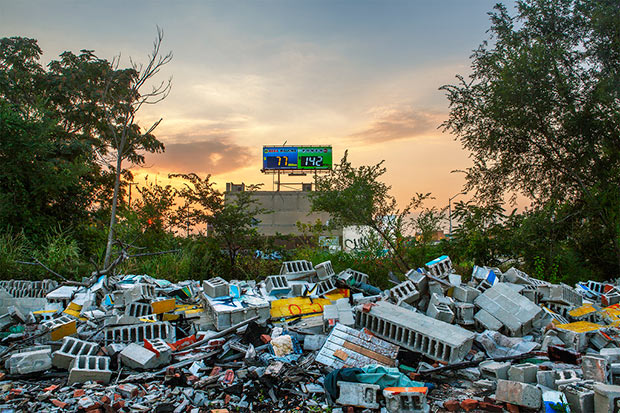 Where did the $65.5 billion go that Americans spent on lottery tickets in 2012? About 60% was paid out in prizes; 25% went to designated state budget items like education and health care for seniors; 5-6% is spent on bonus commissions to retailers and 9% for administrative costs, which includes millions of dollars spent annually on advertising. 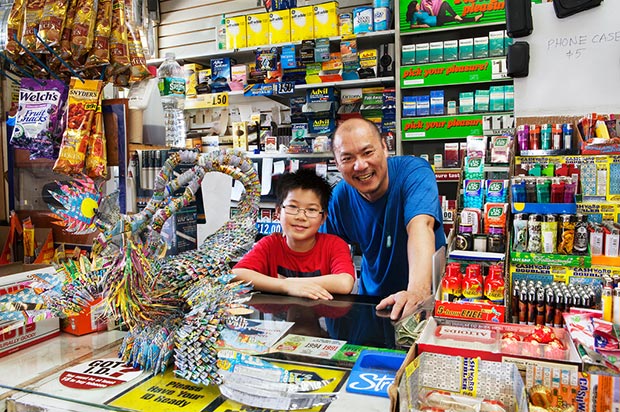 Peter makes origami sculptures with the discarded lottery tickets his customers leave behind, turning lottery trash into an alternative treasure. 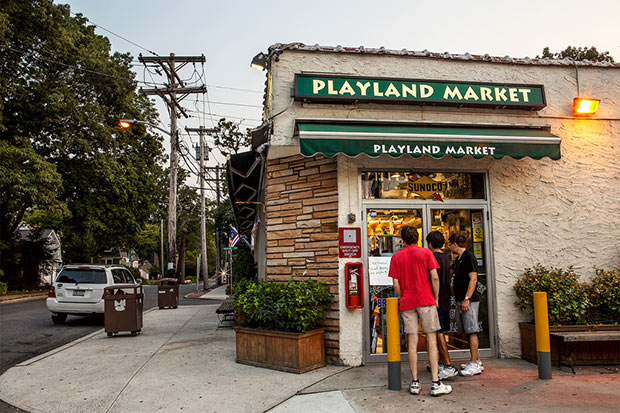 Every year hundreds of millions of dollars in lottery winnings go unclaimed. Depending on state rules, winners have between 180 days and 1 year to claim their prize. The owner of this store posted handwritten signs urging customers to look for the winning $1 million Powerball ticket ($662,000 after taxes). On August 26, 2013, the winning ticket expired. Owners do not collect their bonus commission if the winning ticket is unclaimed.