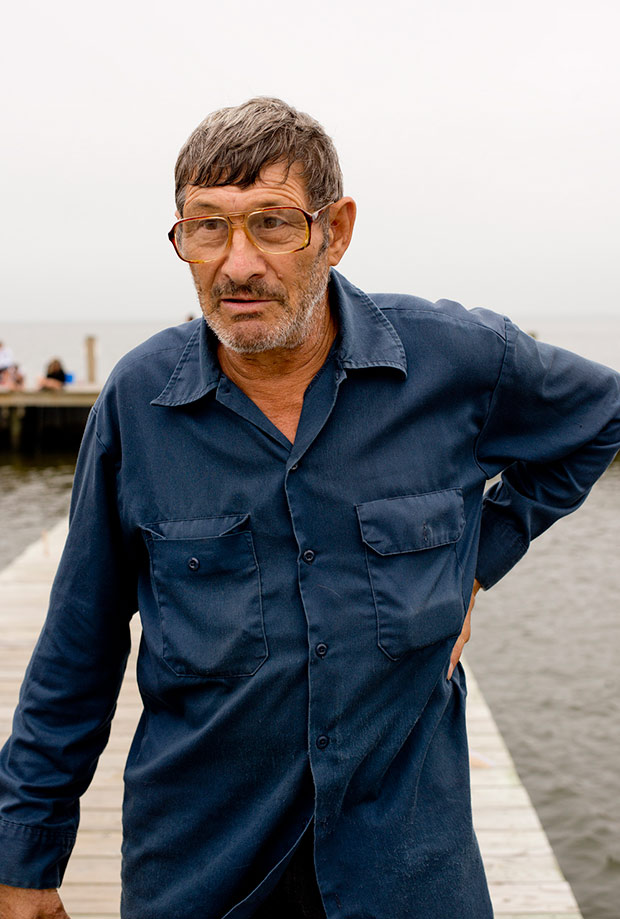 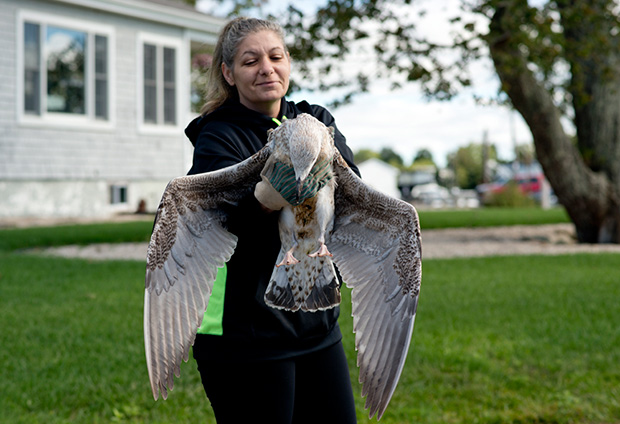 In his project, Along The Forge, Johnny Panessa connects the dying Long Island river he grew up on with the people who live beside it. A small-scale example of the effects of the human footprint on the environment, the 3.2 mile stretch of the Forge River is highly polluted. We recently spoke to Panessa about the work, which is currently on view through April 25th at Picture Farm in Brooklyn. 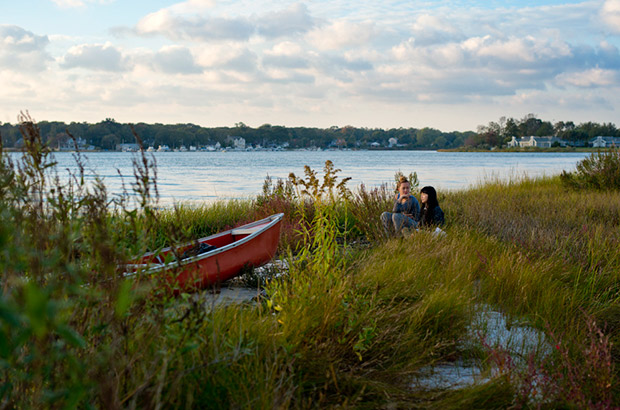 During your childhood in Mastic, the toxicity of the river was already a known problem. Were the residents of Mastic aware of the gravity of the situation?
“I don’t think we were really informed at that time. Everyone knew that, visually, there were problems. The warmer months of the year would really discolor the water. As a child I wrote this off as part oil run-off from boats docked at the marina, and part boats stirring up the bottom muck. I was aware of the muck that coated the bottom of the river from actually swimming in the river. You knew to keep your legs up while water-skiing so that you wouldn’t hit it. It was this monster that we knew lay just below the surface. I don’t remember hearing anything about the true toxicity of the river until the mid-2000s.” 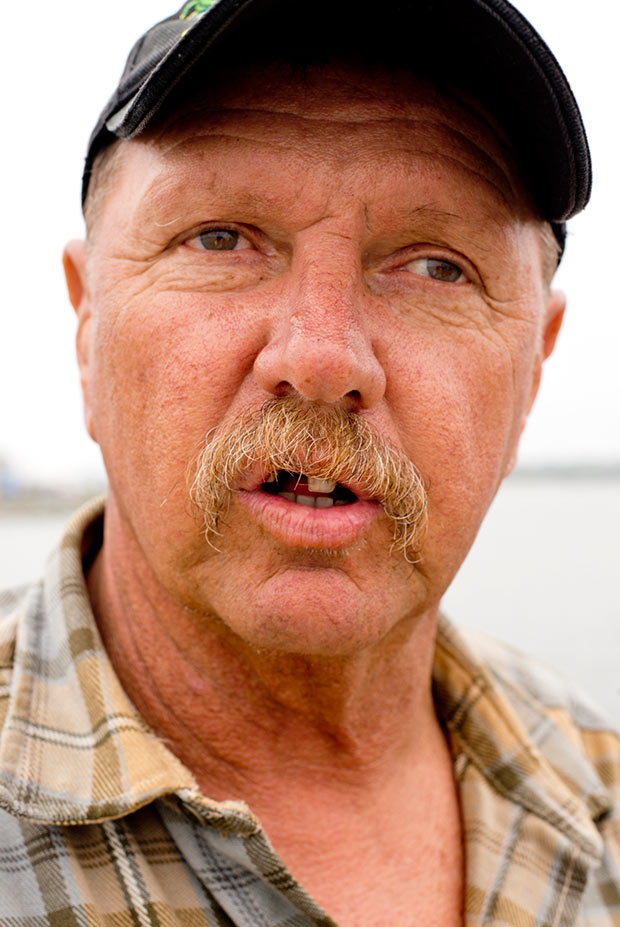 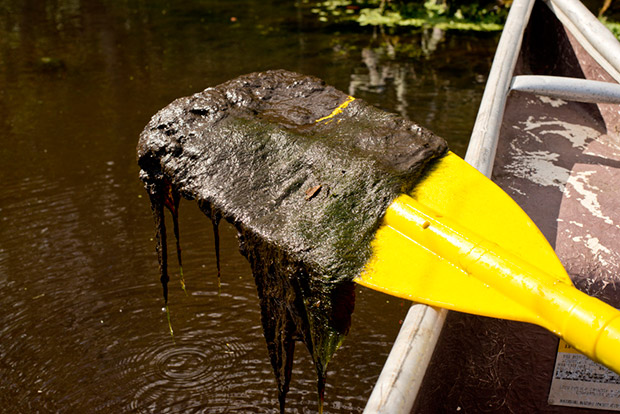 The Forge River adjacent to Jurgielewicz Duck Farm. The river bottom is thick with duck waste and natural sediment.

And yet it seems that the river has continued being used recreationally and as a source of food. You’ve witnessed the demise of the plant and animal life of the river itself, but have you seen any long-term health effects on the residents of Mastic over the years?
“I can’t say I’ve seen long-term effects directly from the river. What I do know is that there were apparent problems with the well water in Mastic. In the 80s my mother petitioned to have what we called “city” water piped in and she thankfully never let us drink the well water. Doctors recommended that only children 2 years or older be given the well water—so my mother took that as not to ever let us drink it.

“The Forge River watershed has been polluted for decades from many different sources. Three main sources have been identified. The number one contributor is the antiquated cesspools and septic systems installed throughout the Mastic/Shirley/Mastic Beach or Tri-hamlet peninsula. The next largest contributor is the duck farms that at one time were all along the rivers of the south shore of Long Island. The last of them closed down just a few years ago. They were fined by the county and town, and jumped ship leaving behind grounds with extremely high nitrogen levels. The third, most prominent contributor of pollution is the storm water run-off that flows directly into the river—car oils, fertilizers, and waste from local street drainage.” 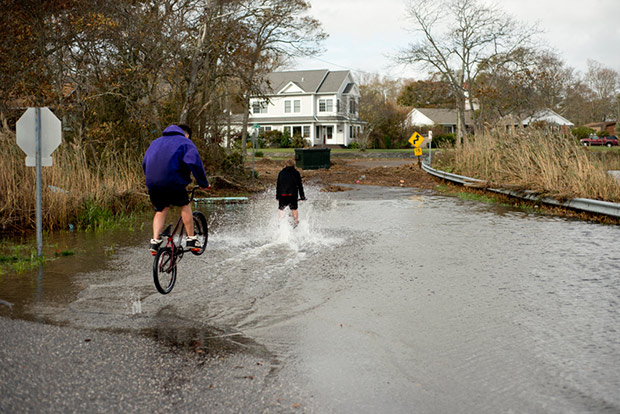 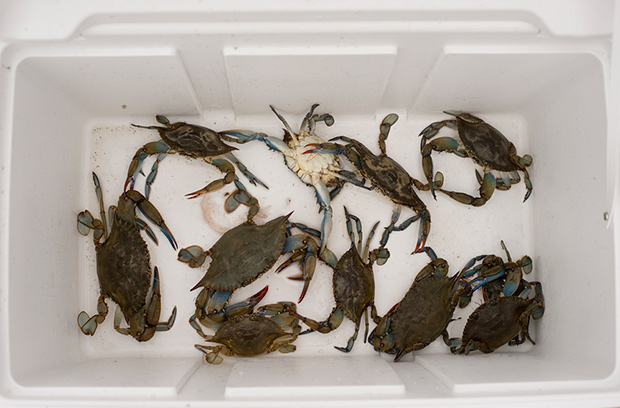 Do you have any early memories of the pollution? Can you recall anything off that you may have seen or experienced back then?
“When you got out of the river when swimming your body would have this slime on it. There would be algae blooms that would make red tides and some days the water would be dark brown. Every time I went down to the Forge River marina to photograph I would see children crabbing and get flashbacks of my father and I pulling in the crab trap over the railing. The discolored water didn’t bother me then because that’s just how the water was—we were accustomed to it. I look at these families now and feel for them because they probably ignore the pollution much the same way we did then. I hear about the sauce that the Italian family is going to make or the fish tea that Junior and Jerontay are going to have when they get home with their catch. Part of me worries for them and part of me thinks that the body can deal—mine did.” 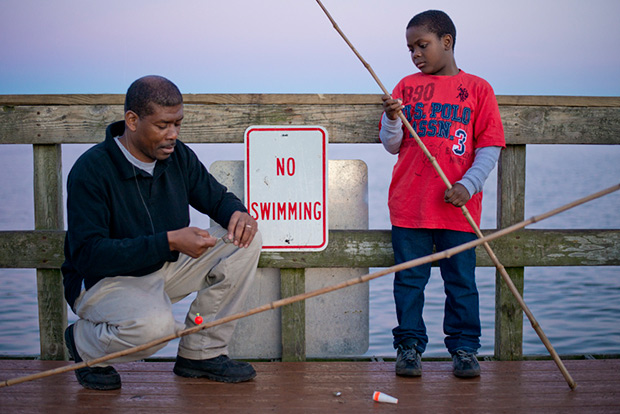 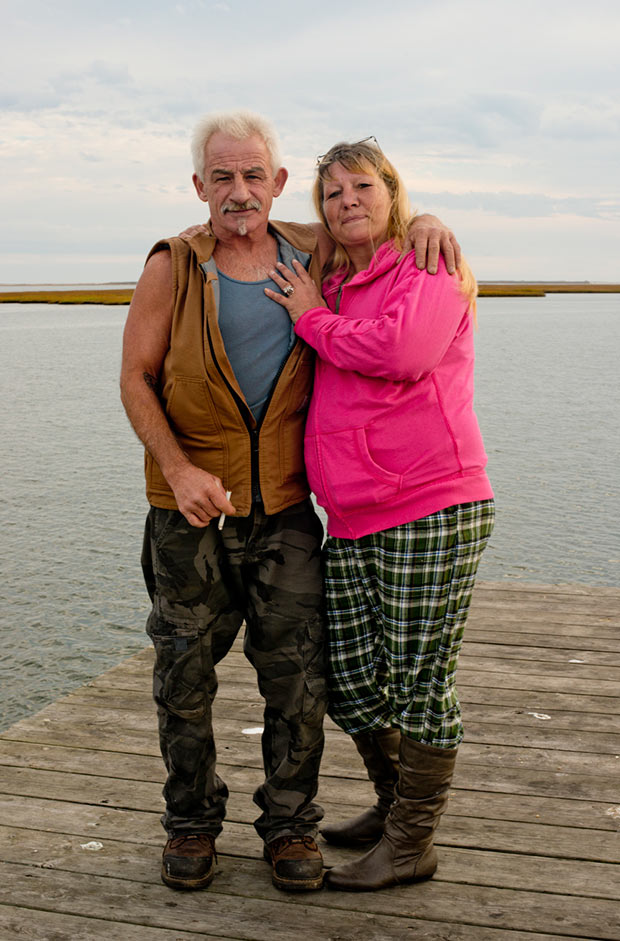 You photographed many residents of Mastic who continue to utilize the river on a regular basis. What was the general consensus on the river’s state of health? How educated are most of your neighbors on this issue?
“I don’t think people really care. There are signs posted that warns of the pollution and still people are catching and eating fish and shellfish from the river. The pollution will have health effects only in the long run so I think the problems tend to get ignored because it’s not like you eat this crab and you die tomorrow. Most people just say “the river is polluted,” but I don’t think they know what that truly means. I spoke to people who said that the fish weren’t biting that day because they couldn’t see the bait when the water was dark. In actuality, the water was dark due to an algae boom, and the fish weren’t biting because they possibly were victim of a fish kill. The algae is a bi-product of the nitrogen load, which steals all the oxygen in the water—this is called hypoxia—the fish aren’t biting because the fish can barely live in the water.” 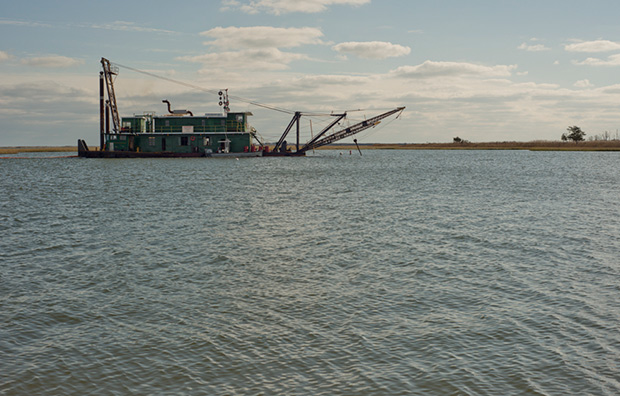 Dredging at the mouth of Home Creek. 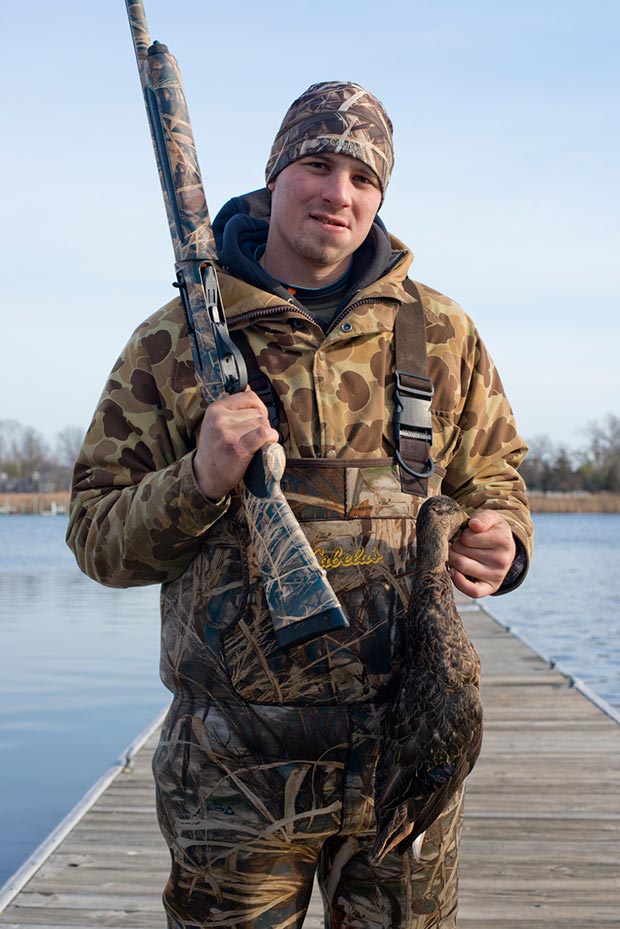 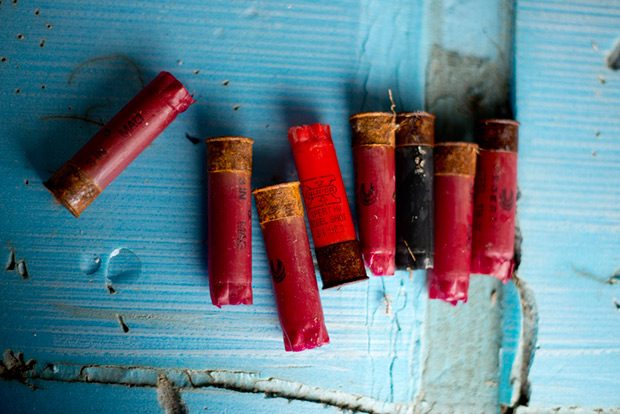 Duck hunting shelter in the north section of Forge River. 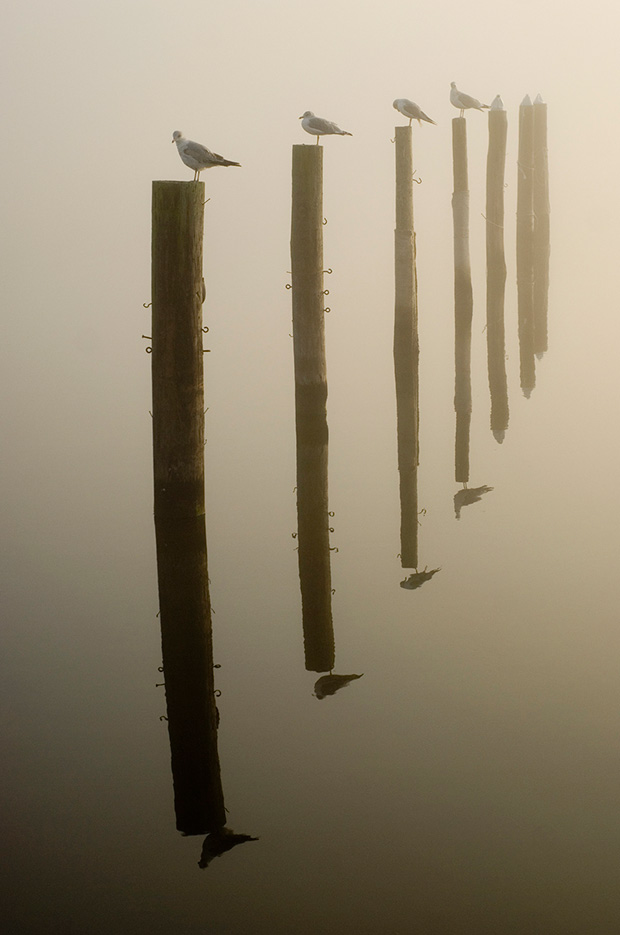 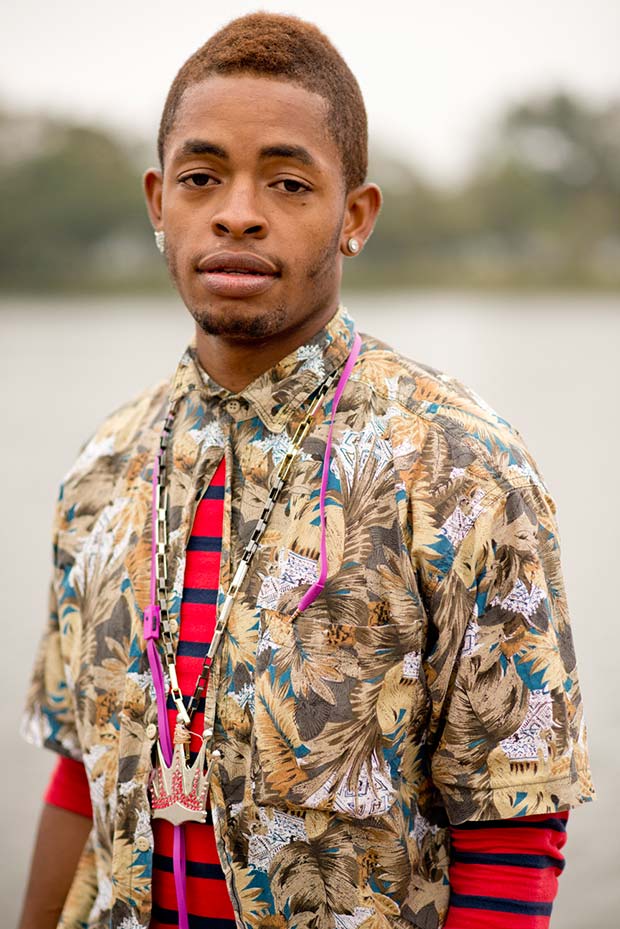