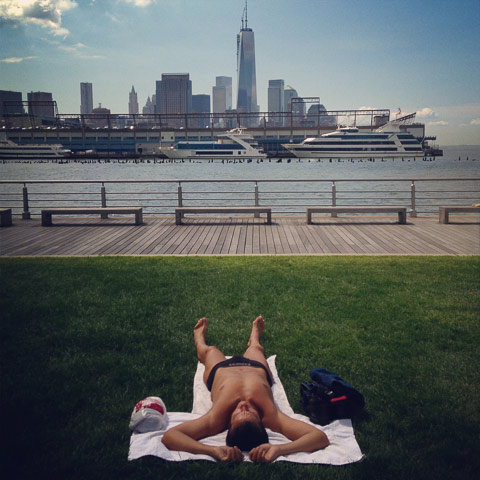 After spending nearly three years in Argentina, photographer Ali Kate Cherkis returned to NYC and reluctantly settled back into the grind. But she felt different somehow—she still felt like an expat, an alien in her own land. Having just observed America from the outside, she found it to be incredibly loud. She recalls, “And then, suddenly, there was this giant phallus staring me in the face saying, ‘Look at me, I am the most powerful.’ Dominating the Manhattan skyline, the Freedom Tower is a symbol of supreme hubris—the middle finger, the massive cock of America—and a tremendously profitable real estate venture.”

As summer approached, Cherkis began to notice the men of her neighborhood gathering to sunbathe and strut on the nearby pier, with its magnificent backdrop of the Financial District. Their speedos revealed a different kind of freedom tower. They were also showing off and asserting their own power. Cherkis saw the perfect opportunity to combine the two in a clever and humorous series. “The juxtaposition finally allowed me to laugh and find acceptance…though I still feel like an alien,” she says. 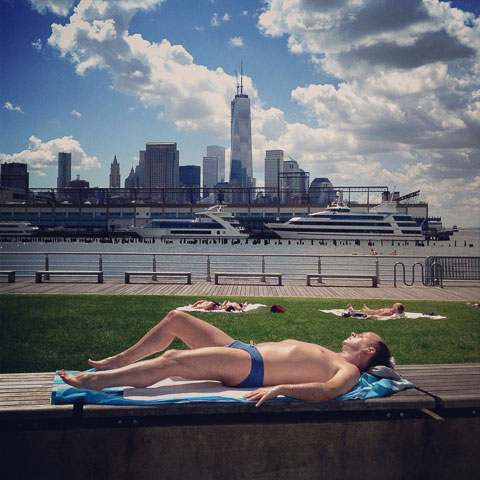 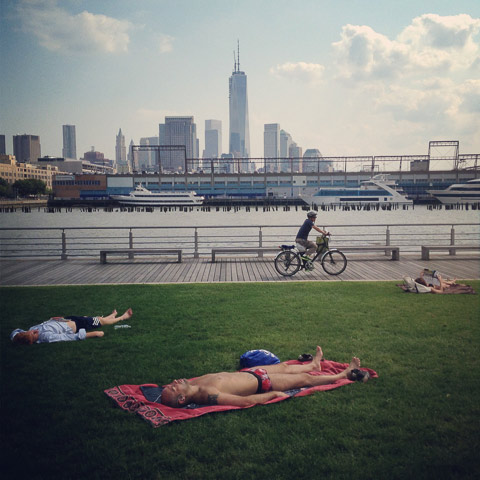 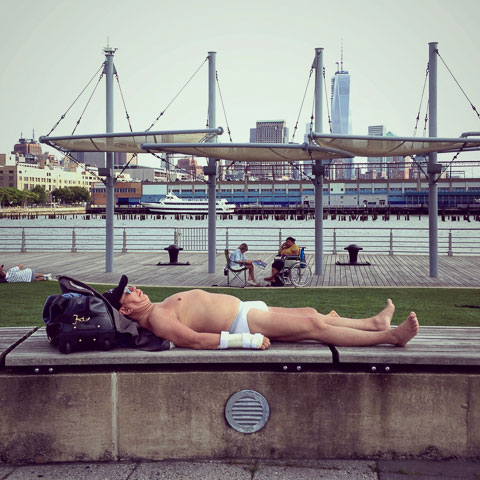 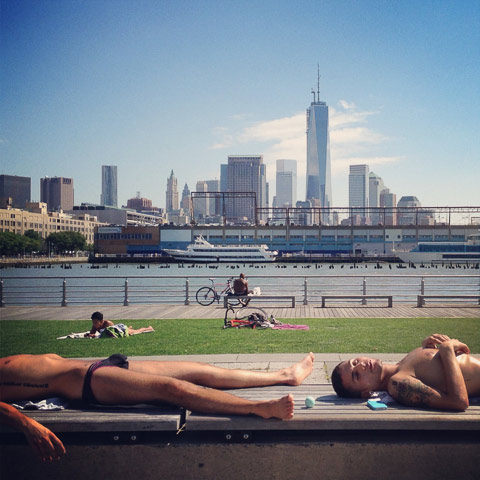 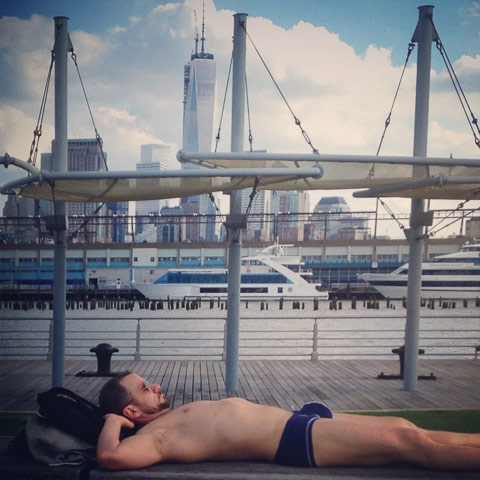 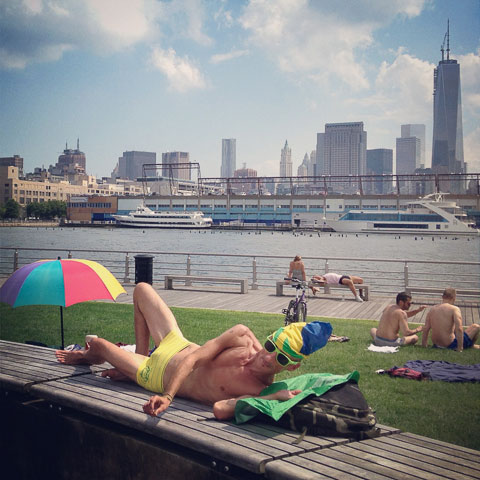 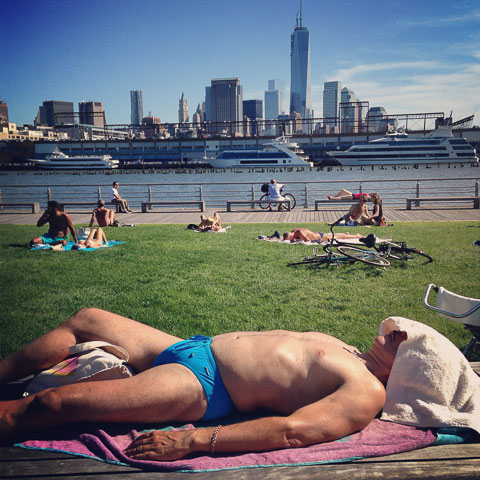 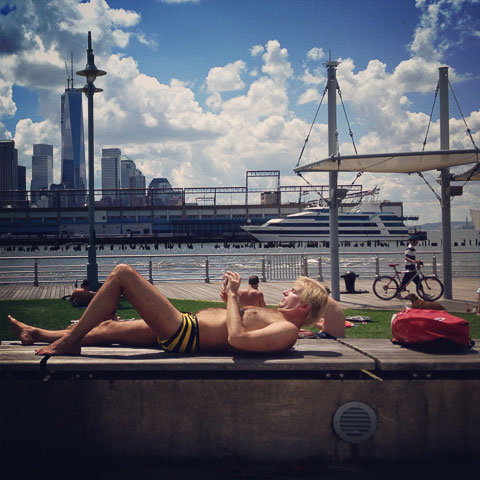 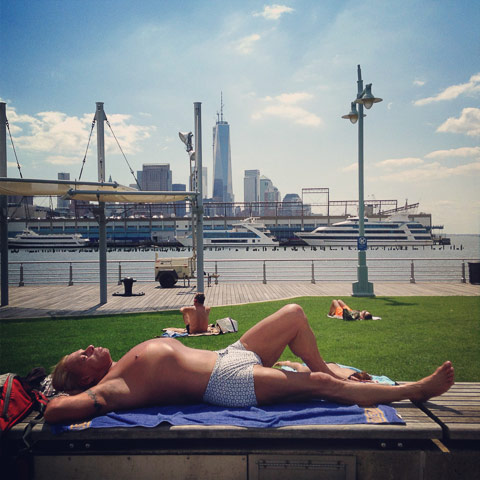 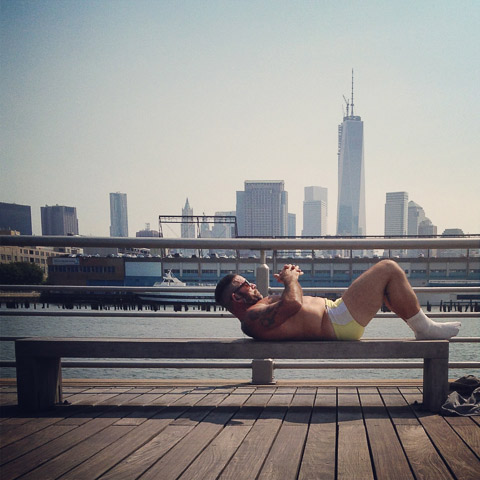 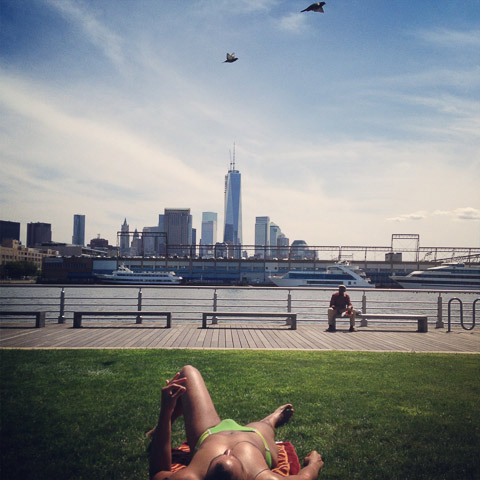