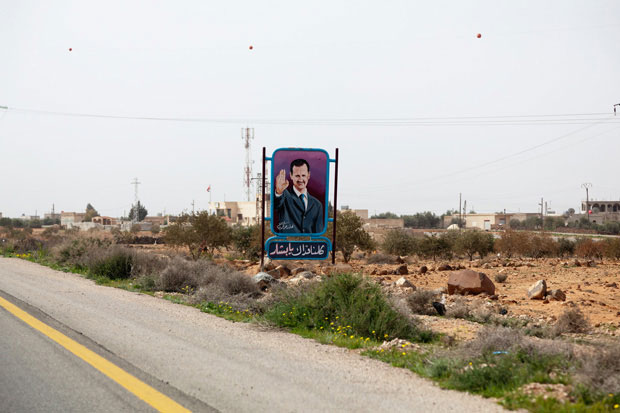 “We sacrifice ourselves for you, Bashar.”
Between Damascus and As-Suwayda, 2009. 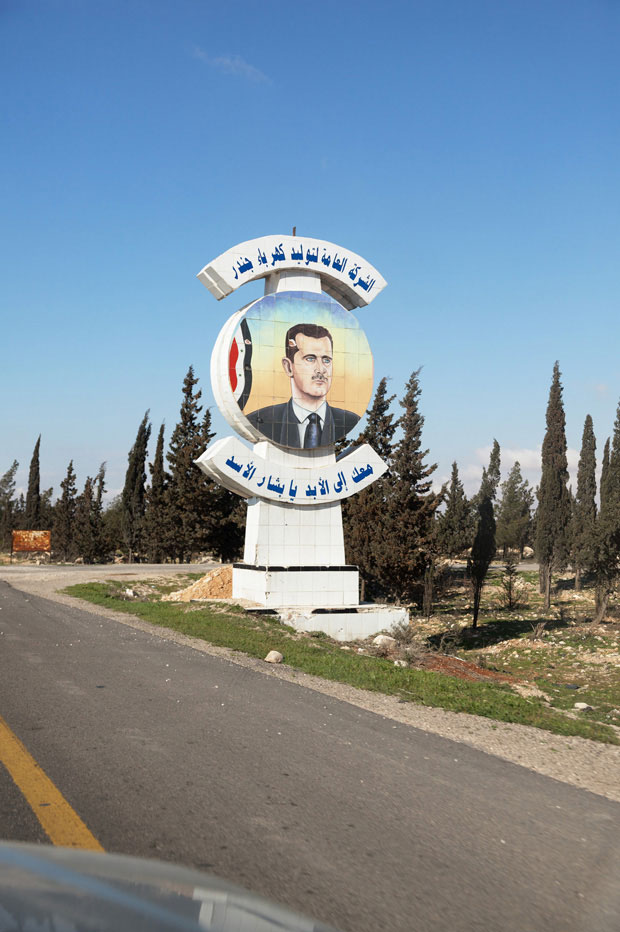 “Electric Company of Jandar. Forever with you, Bashar al-Assad.”
Jandar, south of Homs, 2009.

From 2007 to 2009, German-native Oliver Hartung traveled through Syria documenting the various monuments and billboards erected to the great honor of the Assad family. In power since 1971, the Assads have acted as agents of stabilization and repression for decades. Built by local business people and everyday citizens, the homespun tributes declare loyalty and glory to a government permeated by a volatile, contradictory history. Capturing his photos from moving cars and buses, Hartung was frequently unable to stop or concerned about drawing attention to himself while in such a heavily controlled police state. The result are images that feel like a fleeting glimpse of something clandestine and secret.

Since Hartung’s many trips, Syria’s landscape has altered dramatically. Given the political unrest, it is impossible to know whether these roadside pillars still stand or were perhaps destroyed by the very hands that built them. Syria Al-Assad functions as a historic document of a towering and controversial symbol of power.

Hartung is currently raising funds to publish Syria Al-Assad as a photo book. Contribute towards Hartung’s goal at Indiegogo until February 23rd. 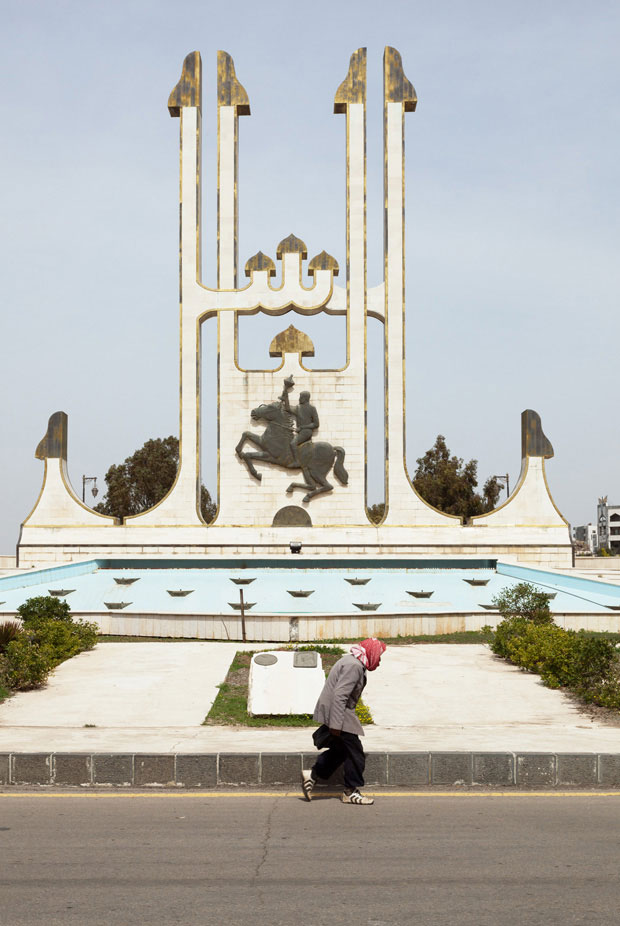 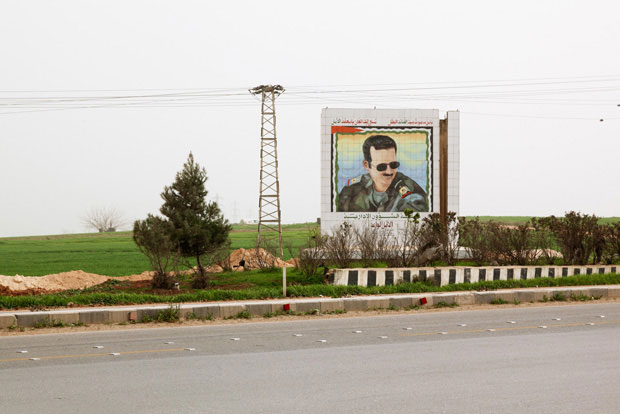 “Thou, who was raised in the house of the glorious leader! Thou, who are higher than the highest! You, our hope! Faculty of Administration, Directorate of Administrative Affairs.”
Between Idlib and Aleppo, 2009. 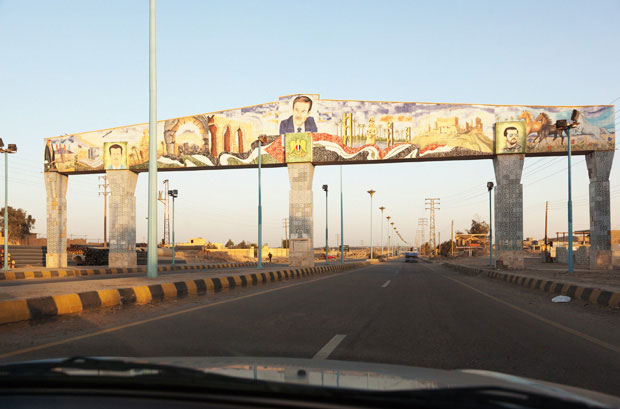 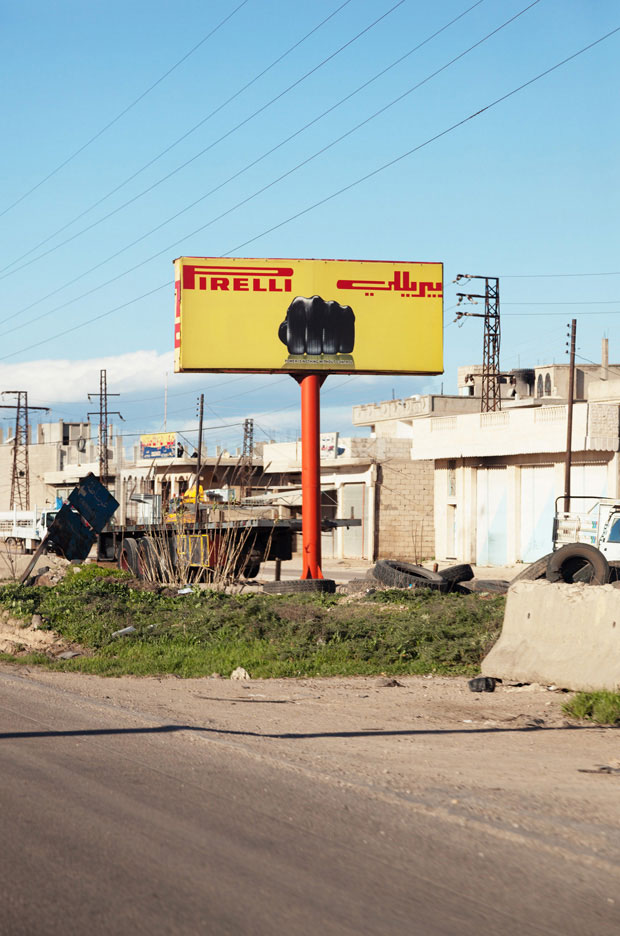 “Pirelli. Power is nothing without control.”
Near Homs, 2009. 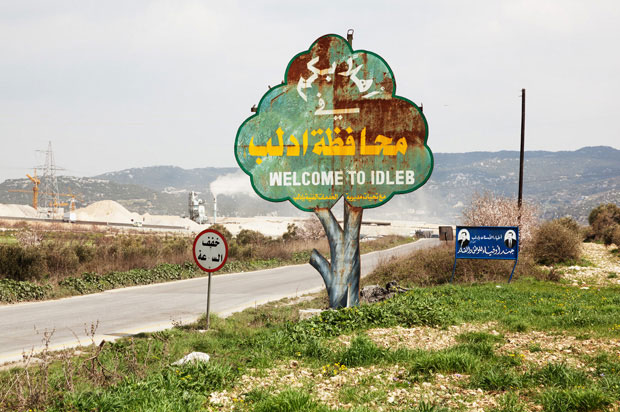 “Welcome to the Governorate of Idlib. With regards from the Directorate of Technical Services.”

“Dentists of Idlib, loyal soldiers of the homeland and the leader.” (Small sign at rear).
Near Jisr al-Shughur, 2009. 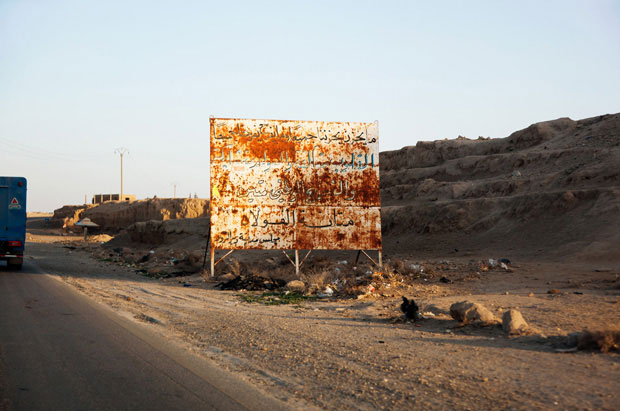 “Sorrow saddens us all and joy makes us all happy. With harmonious hearts and arms linked together, our national unity is as strong as steel. City Council of Deir ez-Zor.”
Deir ez-Zor, 2009. 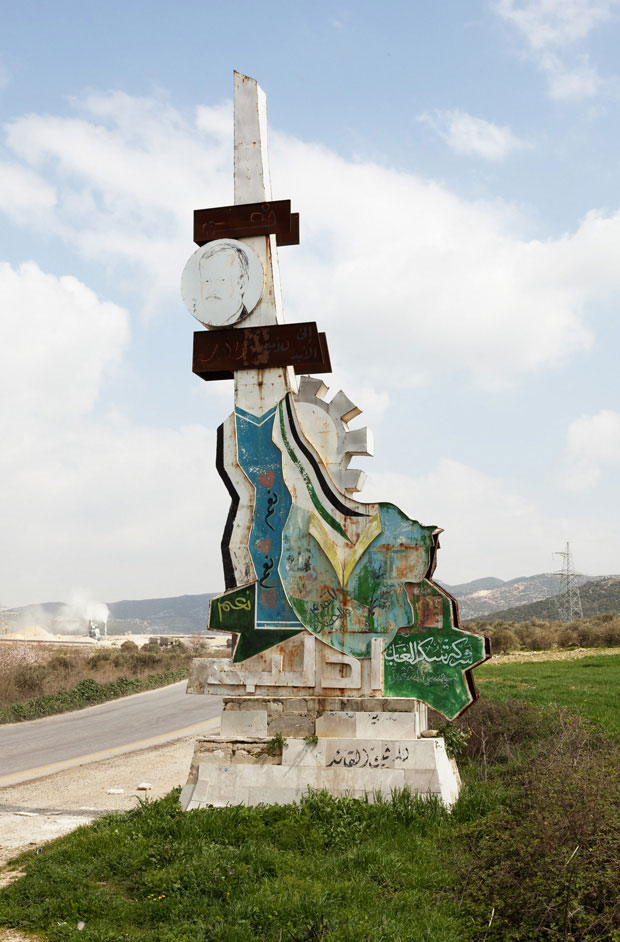 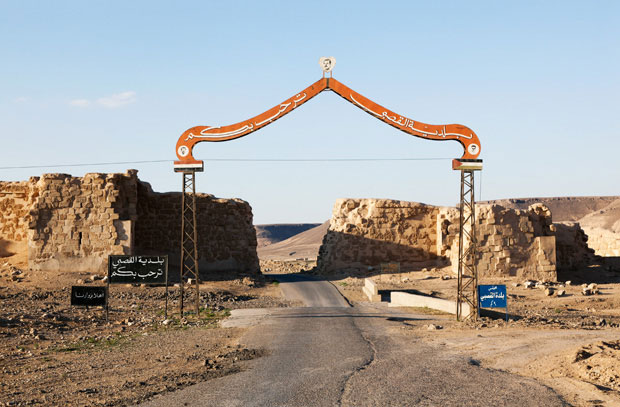 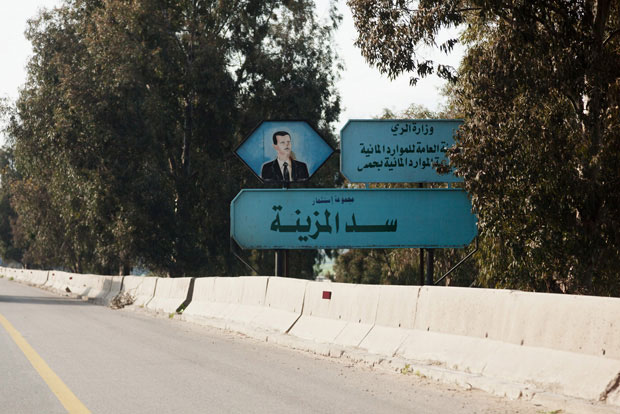