Portraits of Americans Living ‘Off the Grid’ and on the Road 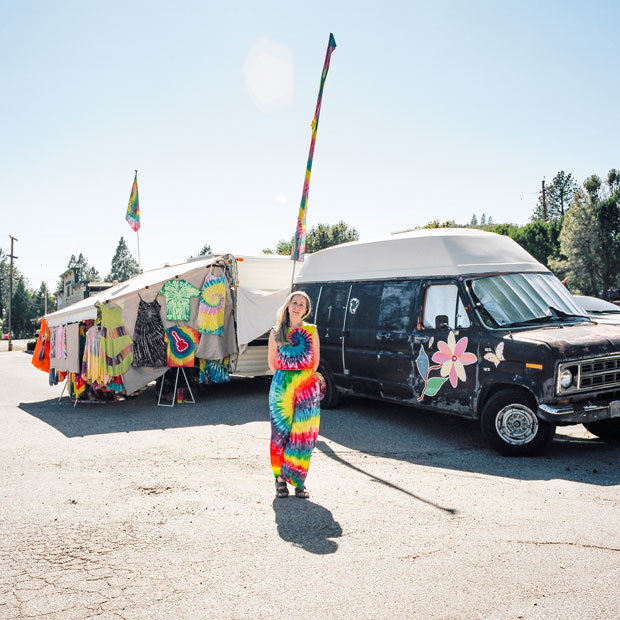 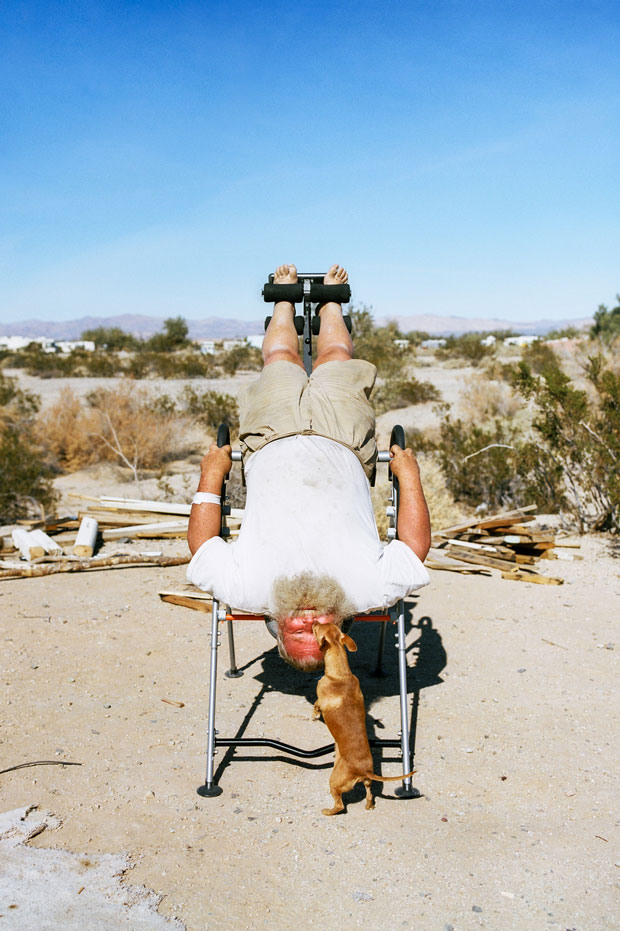 Seattle-based photographer Andrew Waits‘ Boondock explores people living off the grid and on the road—”a subculture whose existence isn’t carved into the landscape of America, but a mirage upon it.” Following the death of his cousin four years ago, Waits’ aunt and uncle purchased an RV and left their home in Eastern Washington to create a new life on the road. Inspired by this notion, Waits decided to venture out himself, exploring others who rely on a vehicle for shelter and survival and the circumstances that brought them to this lifestyle. He purchased his own RV and has traveled sporadically up and down the western U.S. for the last two years photographing and interviewing “anyone that would talk to me.” We recently asked him more about the project.

You’ve surveyed vehicle dwellers in both remote and urban locations. How did you know where to find your subjects?
“I was familiar with several areas in and around downtown Seattle that had a large concentration of vehicles that periodically shuffled around. It was important to me to not be intrusive, so my policy was to never knock on someone’s door. I would only approach if I was able to catch them outside their vehicle. Because of this, I ended up walking the streets for hours hoping to catch a glimpse of someone.

“When it came to the remote locations, the Internet became an invaluable tool. I used a website called freecampsites.net which provides a state-by-state breakdown of a variety of dry camping locations. Early on I also came across the website cheapRVliving.com. The site is operated by Bob Wells, and provides a forum for sharing information about a variety of subjects pertaining to vehicle dwelling. For the past several years the forum has been organizing a semi-annual meet-up called the Rubber Tramp Rendezvous (RTR). I attended the RTR two different years and made several connections that way.” 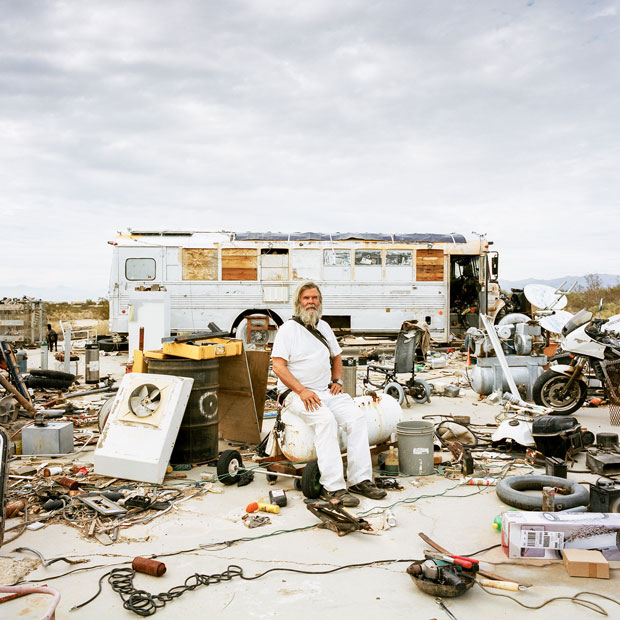 Boondock simultaneously explores people living like this out of necessity as well as by choice. How do these lifestyles compare? Did you encounter more of one or the other?
“The diversity of people and backgrounds makes it difficult to define the population in Boondock. I found that the mix between necessity and choice was fairly split. For some the line became blurred over time—what might have started out as necessity eventually became a chosen way of life. The release from society, social pressure, and traditional domesticity was a much-welcomed release for many people.

“I observed that many times the deciding factor in whether an individual identifies as homeless has to do with whether or not that person has a safety net in place. This could mean money in the form of savings, a pension, health insurance, or disability. However, the impact is much greater when that safety net also includes family, friends, or a community of support.

“Those that were out there by choice, or had at least come to accept their situation, seemed to have a much different relationship to their vehicle. There was a noticeable difference in how space and materials were utilized and a great deal of ingenuity involved. What I found interesting was the incorporation of traditional symbols of domestic life in this new setting. For example, the hanging fruit basket in the RV cockpit, or the box of Quicklite logs sitting atop the fire pit in the middle of nowhere.” 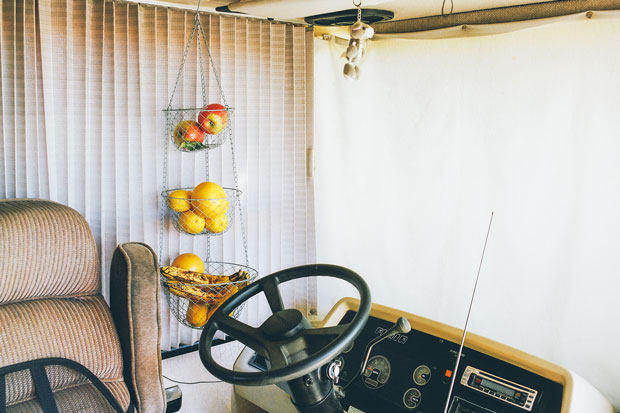 Tell us more about how these communities are using the Internet to connect.
“The two most influential community-building sites that I came across were cheapRVliving.com and the Van Dwellers Yahoo group. Both of these sites act as virtual safety nets for many dispersed individuals involved in vehicle dwelling. The forum threads cover topics ranging anywhere from “Going Green” to “Matters of the Heart” to “Banking and Budgeting.” They also serve as a tool to organize formal and informal meet-ups, such as the RTR.” 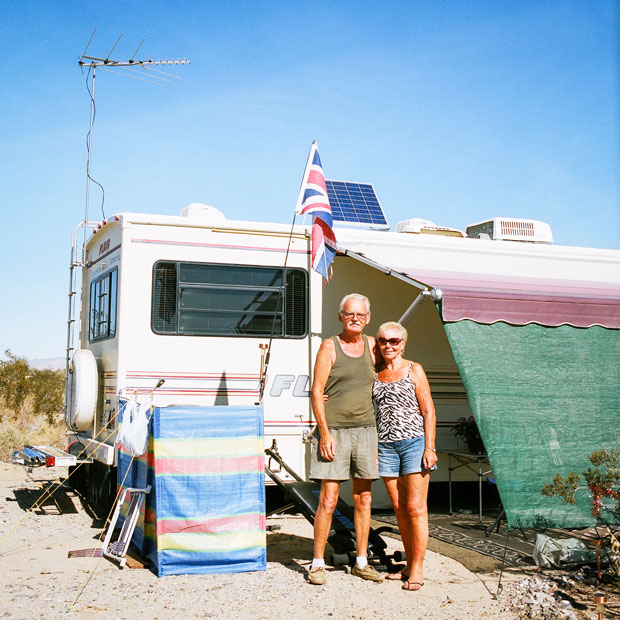 How has your concept of home shifted throughout the project?
“Midway through this project I came across the quote by Herman Hesse, “Home is neither here nor there. Home is within you, or home is nowhere at all.” This stuck with me and rang true throughout many of the conversations I had. The idea of home is not tied to anything physical—it’s just that, an idea. Those that found solace in their situation or were at peace with their decisions seemed to understand this on the deepest level.” 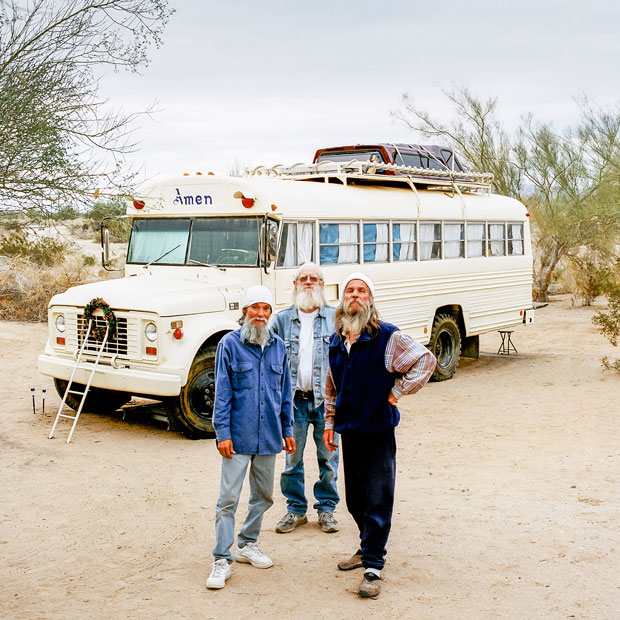 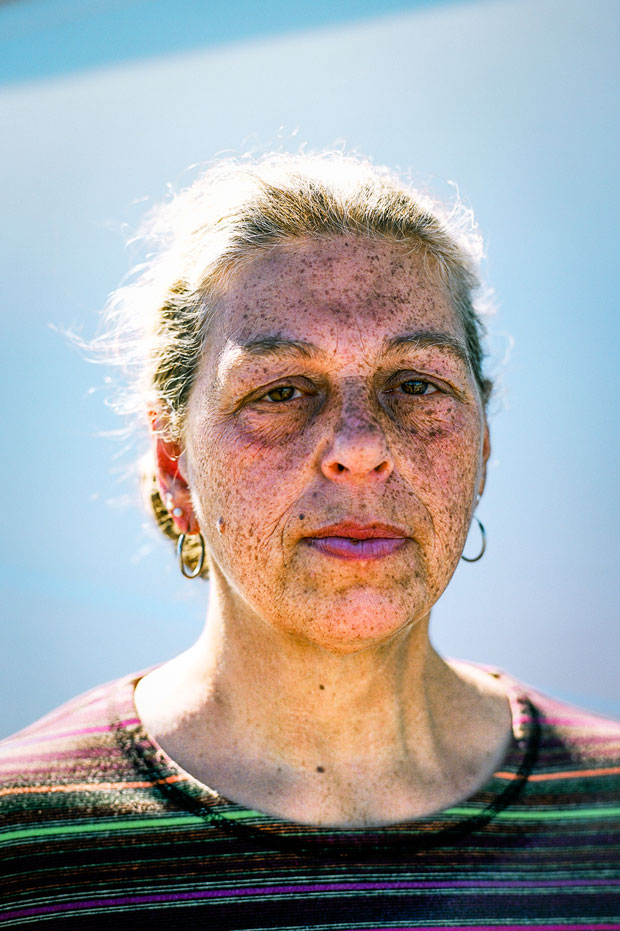 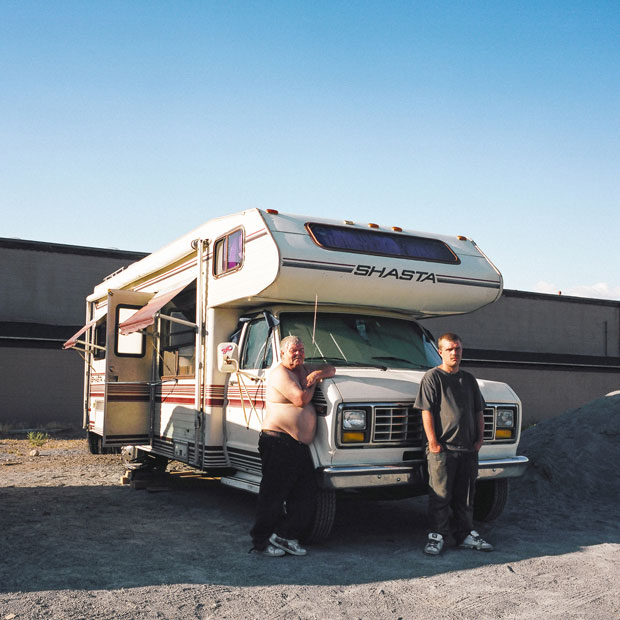 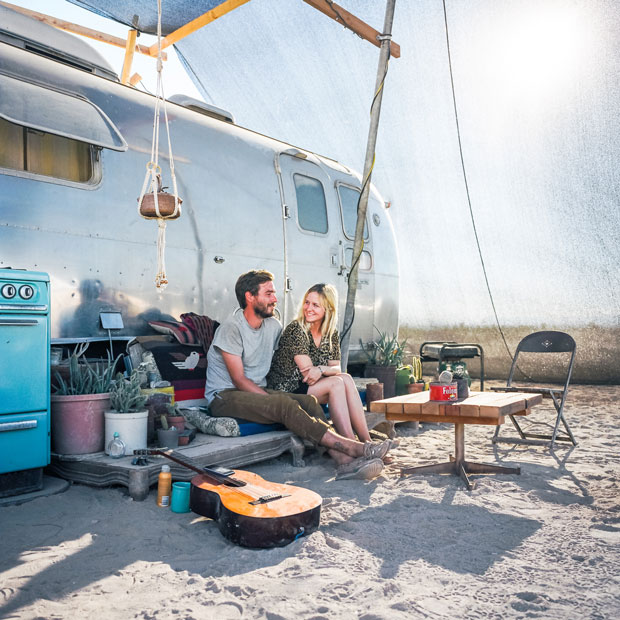 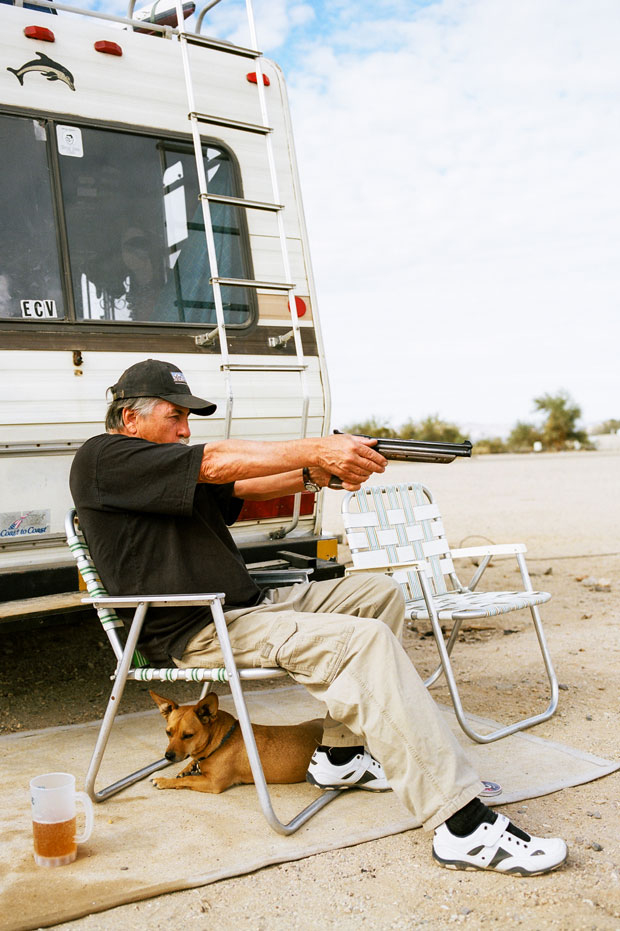 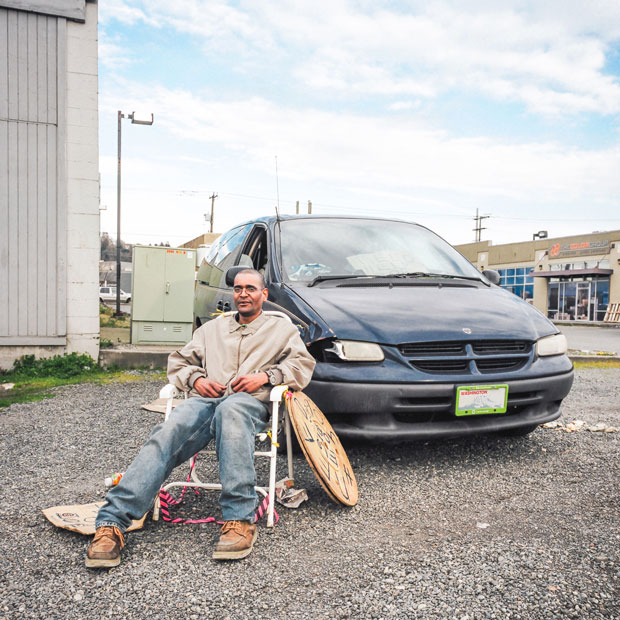 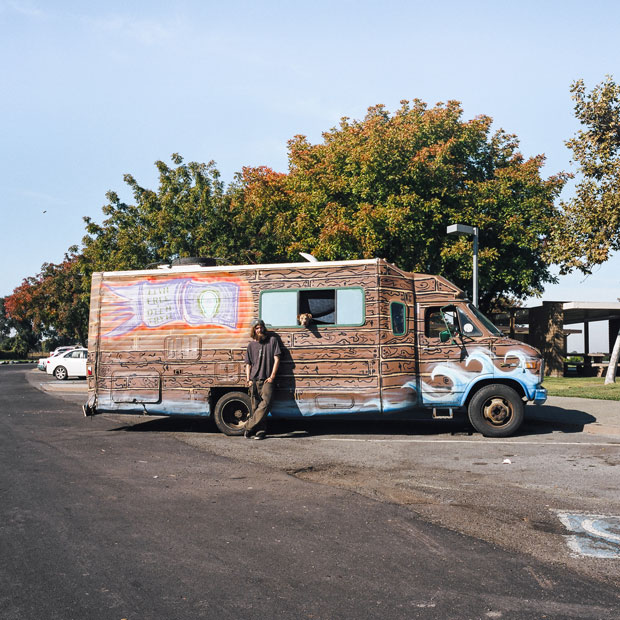 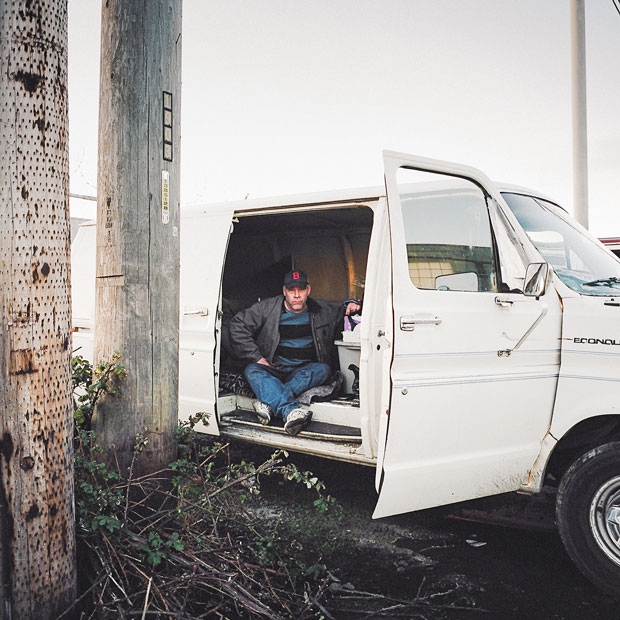 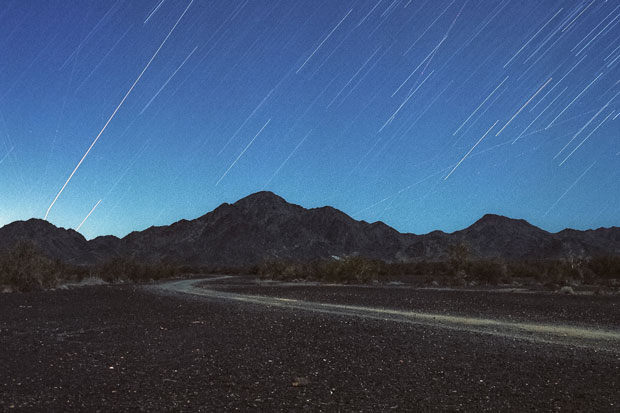