Arresting Photos From the Coldest Village on Earth (-58 °F!) 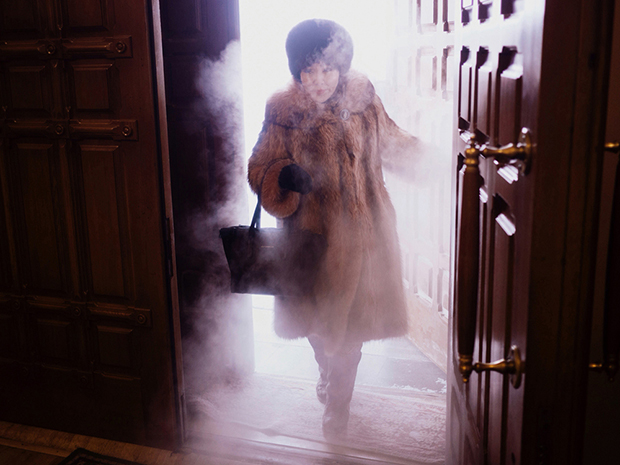 A local woman enters Preobrazhensky cathedral in a swirl of freezing mist. 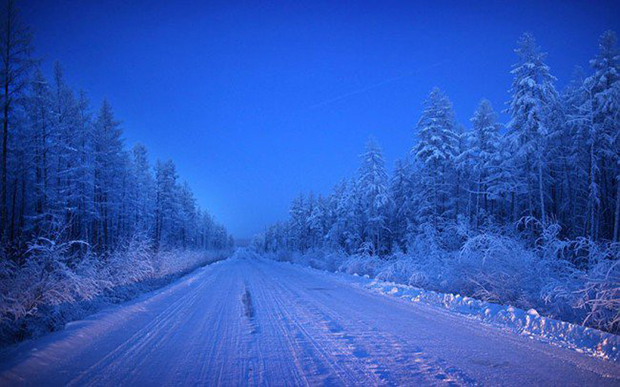 The Russian village of Oymyakon is widely recognized as the coldest in the world, with average winter temperatures reaching below -58 degrees fahrenheit. Making the treacherous trip from the frigid city of Yakutsk, to the village, New Zealand-based travel photographer Amos Chapple documents daily life in the remote region, where the entirety of civilization is subject to the whims of the snowy Siberian landscape.

Prior to Soviet expansion, the indigenous peoples of Yakutia survived in temperatures as low as -88 degrees Fahrenheit, living throughout frigid winter months as nomadic reindeer herders. Yakutsk, rich with diamonds, gold, and oil, became a profitable site for industry, drawing both Russians and Ukrainians to the region. The road that leads toward the city, reports The Independent, was constructed under Stalin’s forced labor camps, and many prisoners were killed during its development.

Today, the people of Oymyakon live in large part without access to indoor plumbing, and cars must be housed in heated garages. If a car is outside, it is left running to avoid freezing, contributing to the blanket of icy fog that hovers over the landscape. In addition to industrial jobs, farmers tend to livestock, who are kept in heated barns. Because the terrain is inhospitable to produce, the people survive mostly off of meat and soups. Despite the bitter cold, however, life goes on; the children attend school, and residents show up for work.

In conversation with Weather.com, Chapple admits that to an outsider, the temperature was abrupt and shocking, leaving his own saliva frozen atop his tongue. His camera struggled to operate in the sub-zero weather, making it difficult to adjust its focus. In December, days are shortened to a mere three hours, leaving only a small window of light, and even then, visibility is impaired by a densely dispersed layer of fog. Chapple’s documentation of the area, as with all of his work, is a story of survival, discovering moments of inspiration even within the harshest of conditions. 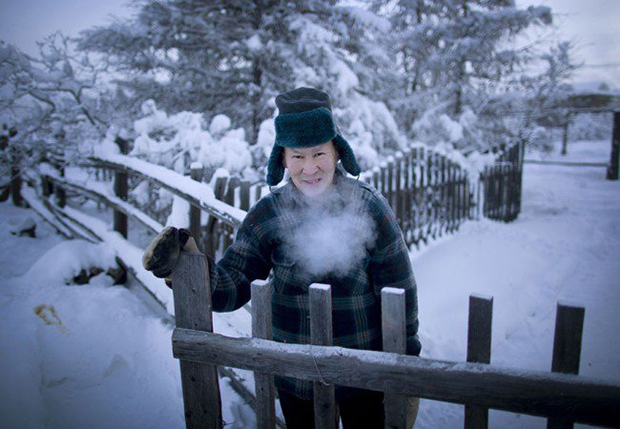 Alexander Platonov, 52, goes outside to the toilet. 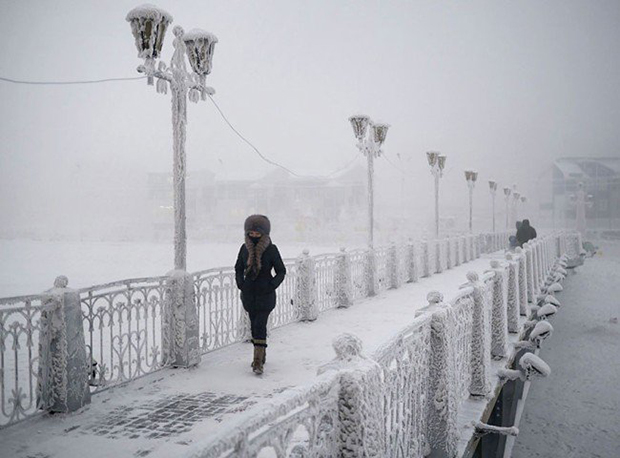 A bridge in Yakutsk 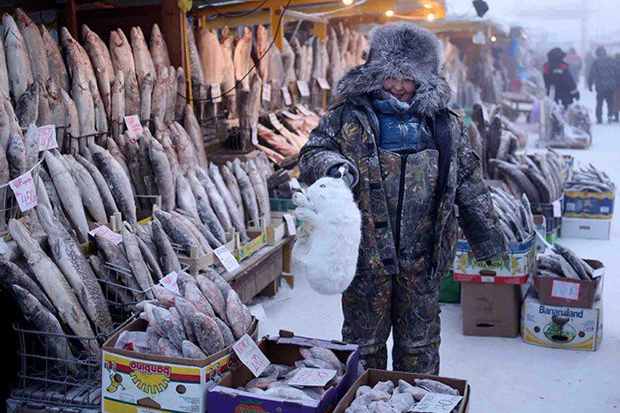 A woman sells arctic hare and frozen fish in a Yakutsk market. 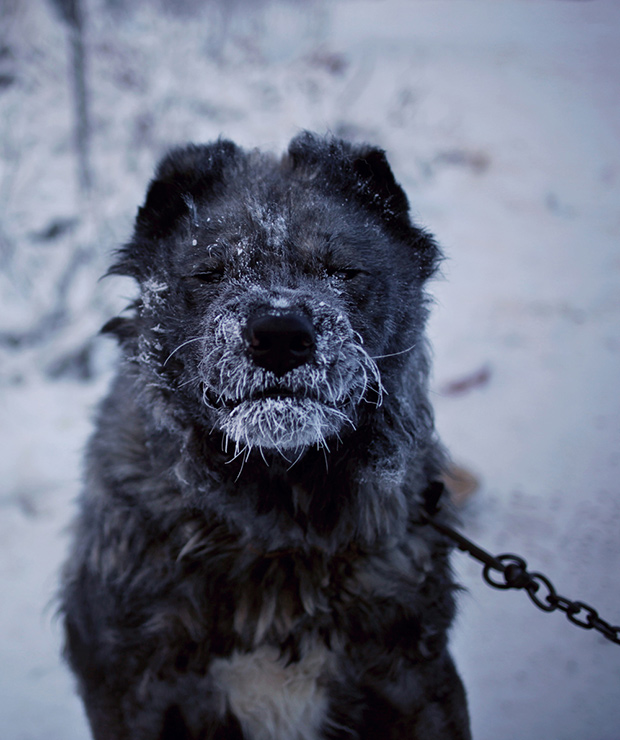 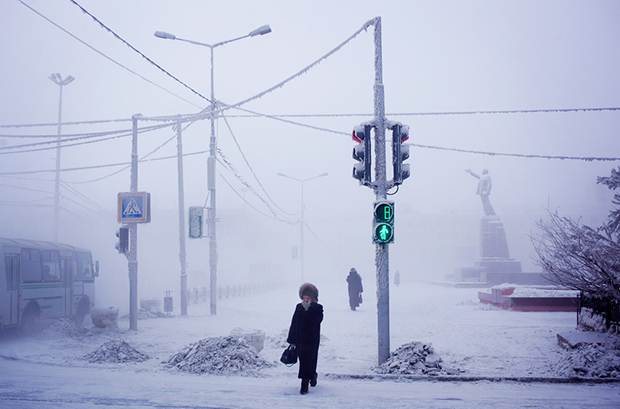 A woman hurries through the fog which lingers through the coldest weeks in Yakutsk. In the background, a statue of Lenin presides over the central square of the city. 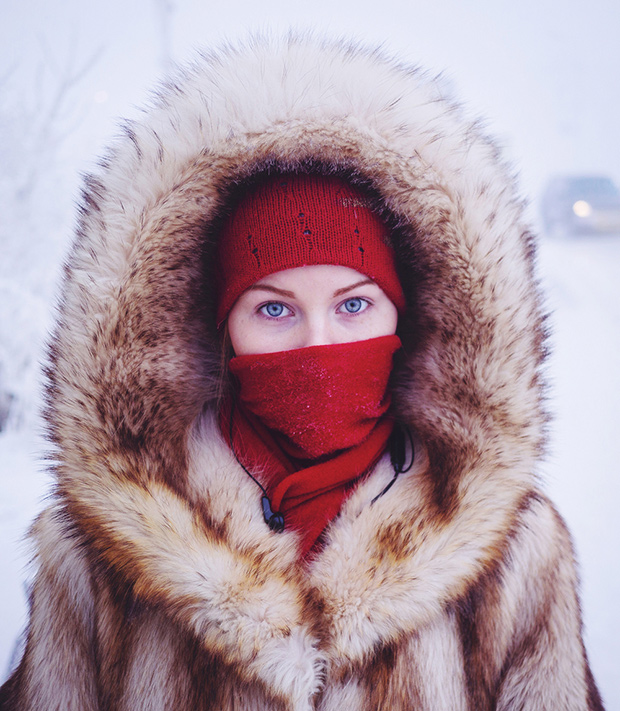 A student waits for her bus in Yakutsk. 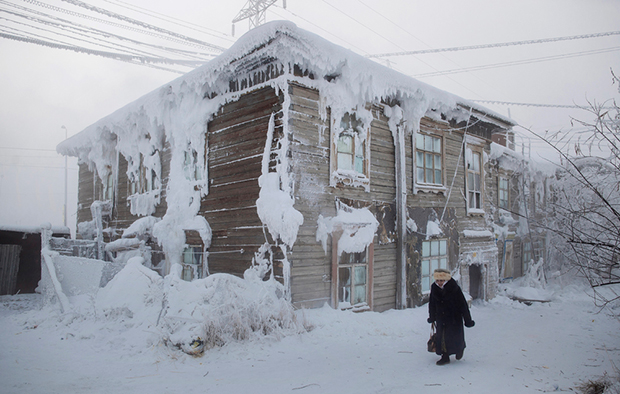 Warm draughts of air escaping from this house freeze into puffs of ice which form, fall and reform throughout winter. 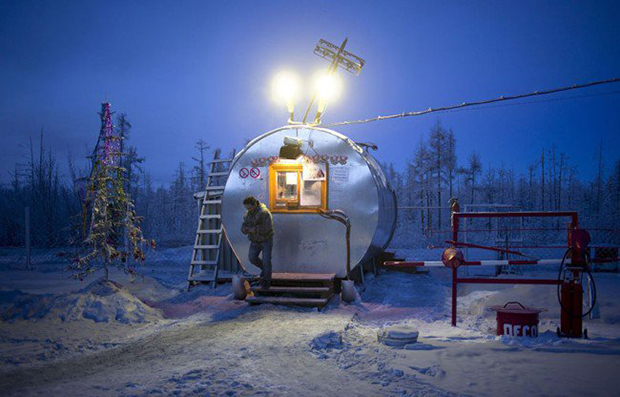 A 24-hour petrol station on the road to Oymyakon. 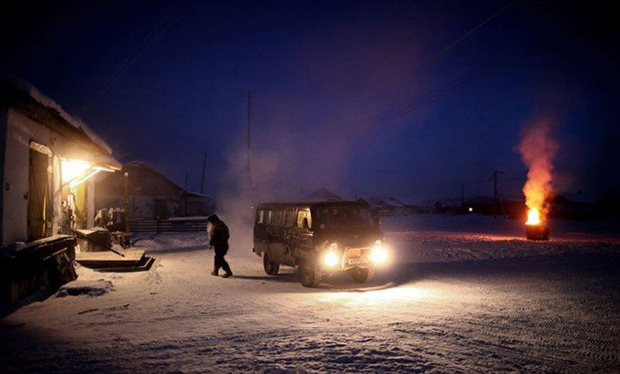 People must run in and out of the shop to avoid the chill of the outdoors. 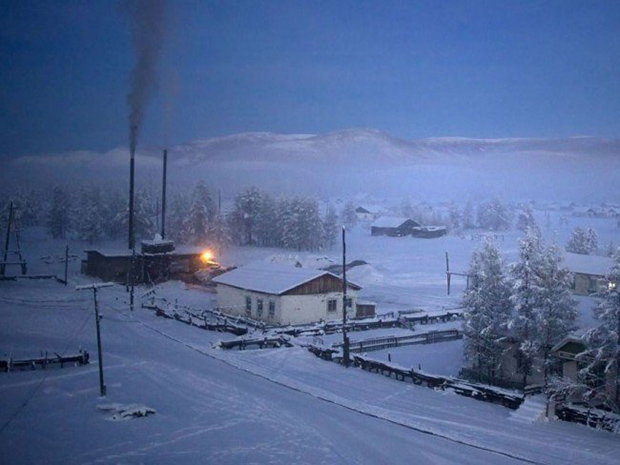 At dusk, the heating plant runs, emitting coal smoke over the village. 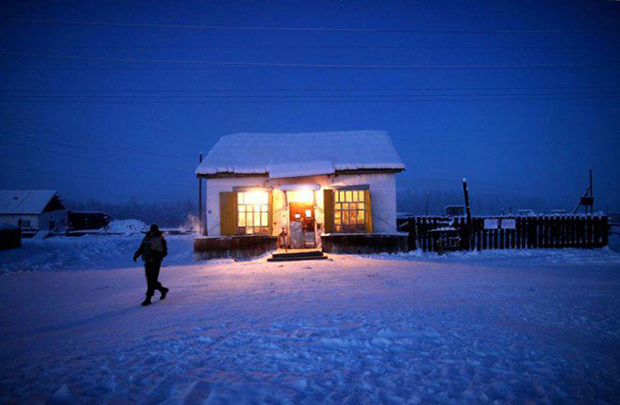 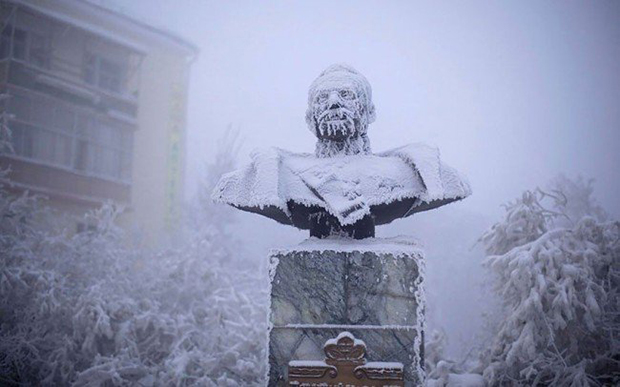 Statue of Ivan Kraft, a former governor of Yakutia 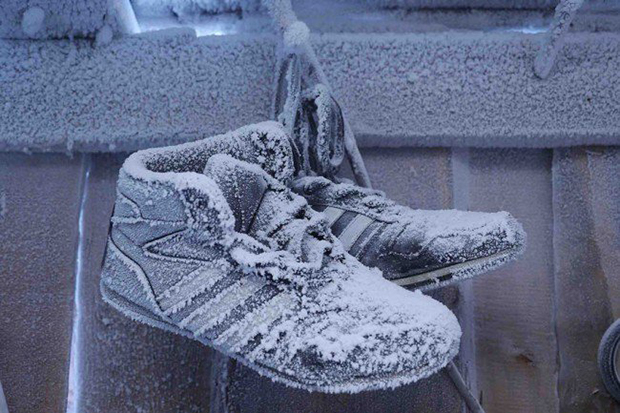 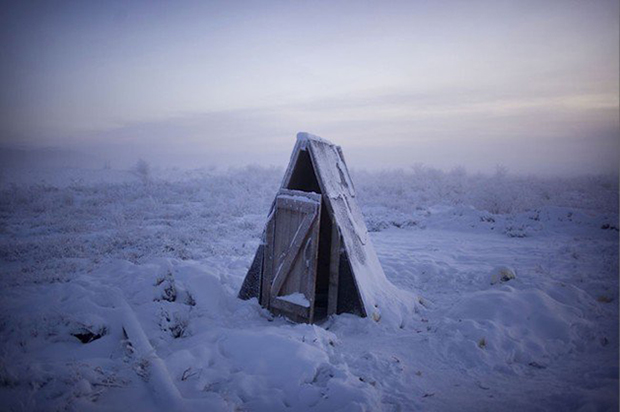 via Lost at E Minor