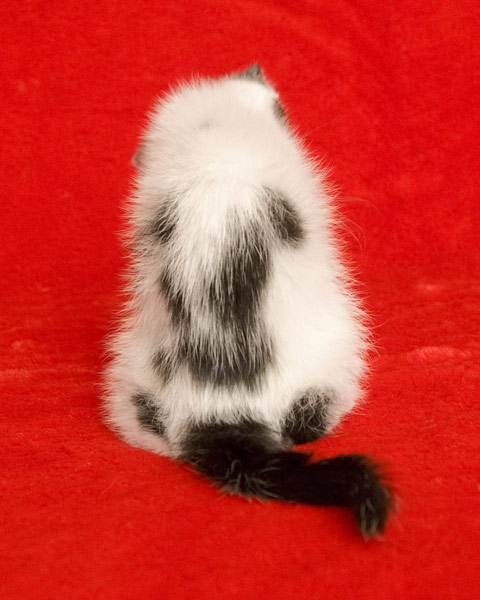 What’s not to love about NYC-based photographer Arne Svenson’s Strays? His clever approach captures kittens entirely disengaged from us, gazing off into their own little kitten worlds—an endearing twist on the typical cute cat factor. Read on for Svenson’s words about the project—quite a charming story.

While sitting on a beach, relaxing from a particularly grueling shoot photographing forensic facial reconstructions at a medical examiner’s lab, my friend, and art dealer, Cliff asked what my next project would be. I urgently needed a visual—and spiritual—antidote to the series I’d been working on, Unspeaking Likeness, but had no idea what path to take. So I asked him for suggestions. Cliff paused, turned to me, and whispered one word: kittens.

Once the decision was made, my question was how to do it; how to photograph kittens in a way that would connect to the underlying theme in my work, which is to cast light on the unseen, the ignored and overlooked. Was there a way to take a portrait of a kitten and not have cuteness dominate the image? Was it possible to ignore those big, entrancing eyes and find the kitten’s inner life, his back-story? Did kittens have back-stories?

I threw myself headlong into answering this question and initiated a kitten search. Enduring many false starts, I finally found a place in upstate New York called Animalkind, a cat and kitten rescue facility. After undergoing rigorous questioning regarding my credentials and intent, the staff were kind enough to “loan” me kittens to photograph.

That first day, I gathered up a squirming litter of five kittens, put them in a carrier, and proceeded to the studio. Waiting were my two “kitten wranglers”, Liza and Charles. After a disastrous attempt at letting them all out, which resulted in total mayhem, we proceeded to take one kitten out at a time and put them on garish, exaggerated versions of cat-calendar backgrounds of fabric, towels and afghans purchased from local thrift stores.

After taking numerous pictures of the kittens looking at the camera I realized that there was something missing. Or perhaps there was too much—the cuteness factor was stifling. But finally a kitten sat, looked at me, and turned her head all the way around to stare at the background. I snapped the photo and realized this was the portrait I wanted—a kitten who was more interested in the world around her than in me. And who, by means of posture, carriage and attitude, had exhibited facets of personality long-hidden behind that force field of kitten-eyes. As many artists know, much can be learned from a portrait of the back of a head… 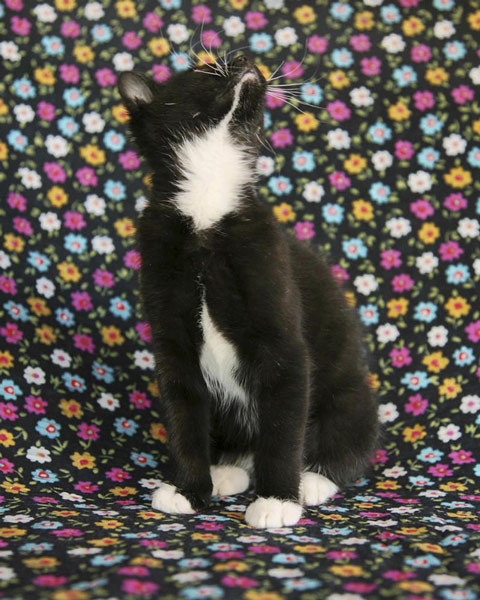 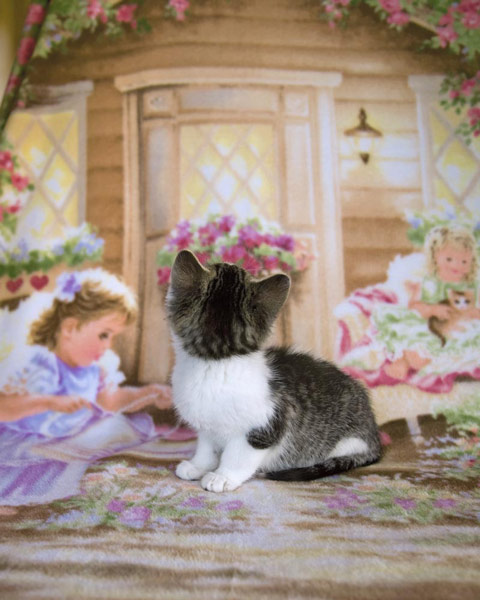 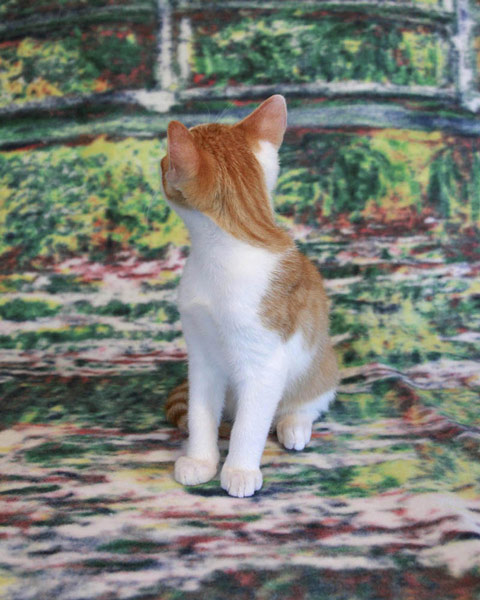 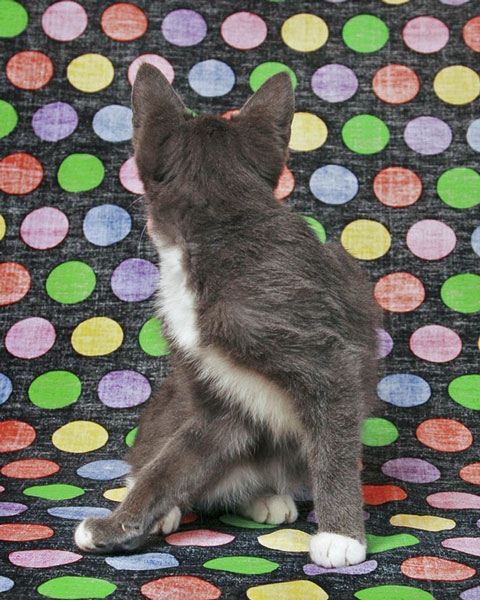 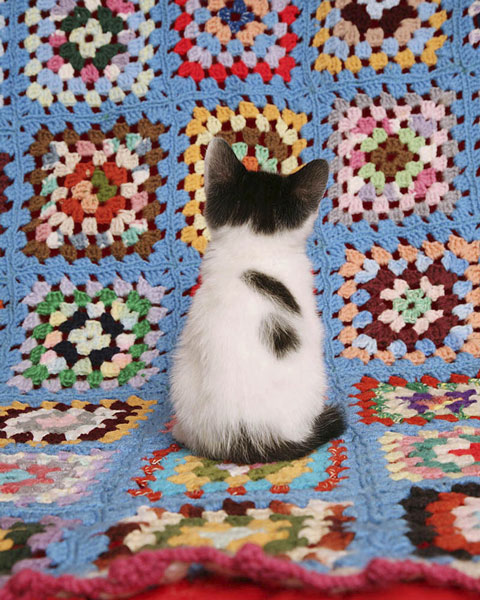 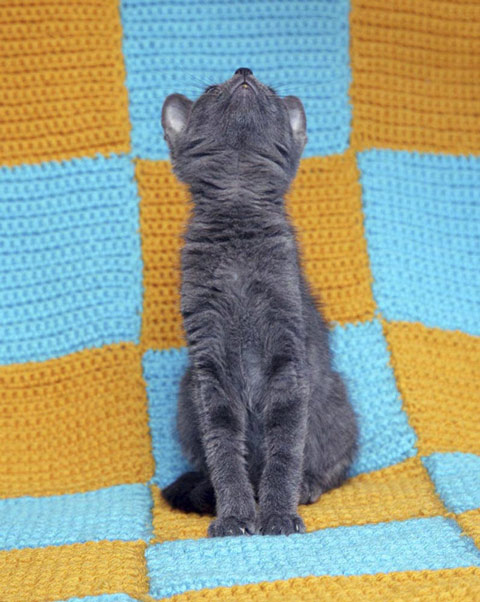 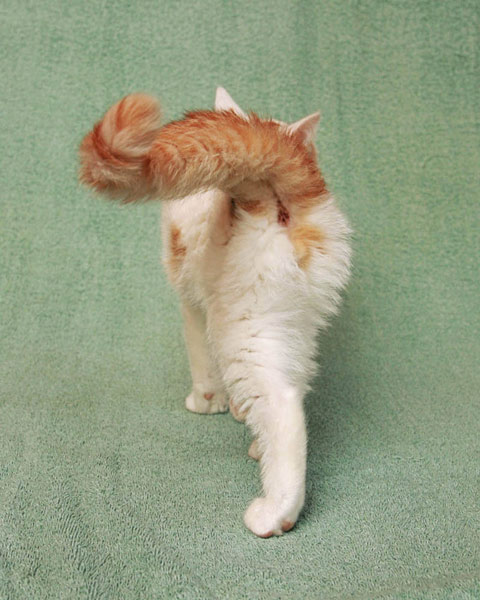 If you enjoyed this post, please consider donating to Animalkind.