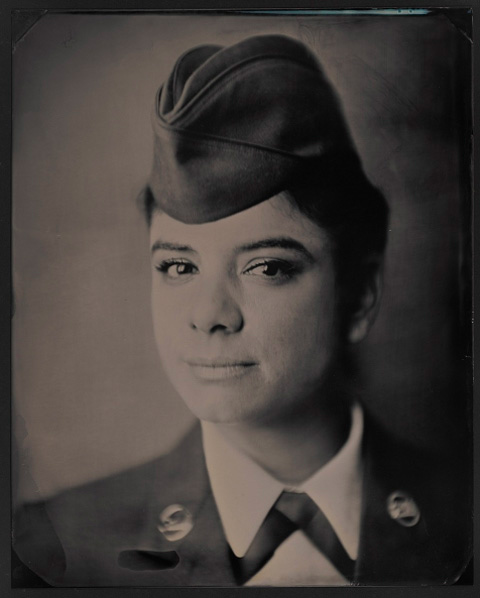 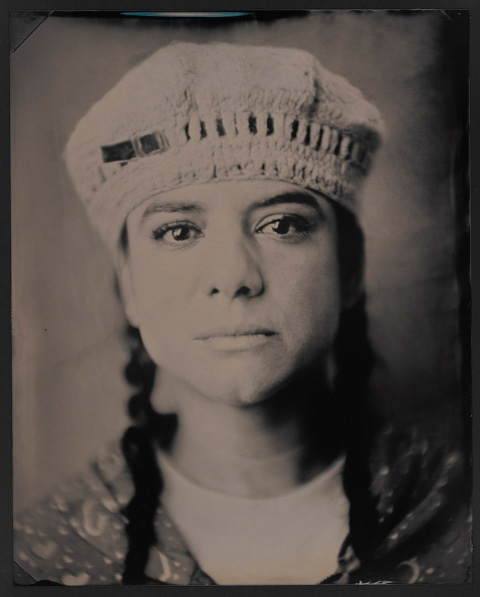 New York based photographer Melissa Cacciola recently talked to us about War and Peace, a series of tintype portraits of active duty military and veterans. The work is currently on display at United Photo Industries in Brooklyn through April 27th, 2013.

How did you select the active duty military and veterans that you shot for this series?
“I began by calling, writing, and e-mailing five government branches, my local congressman, and by visiting recruiting offices. Without having connections or contacts, finding willing subjects could have been an impossible process. It really wasn’t until I made contact with two Marines that things began to move forward.

“The United States Coast Guard, Navy, Army, and the Wounded Warrior Project gave me their full support so that I could get access to the people I needed. So many people trusted me without knowing me or about my work. I could not have told their story otherwise.” 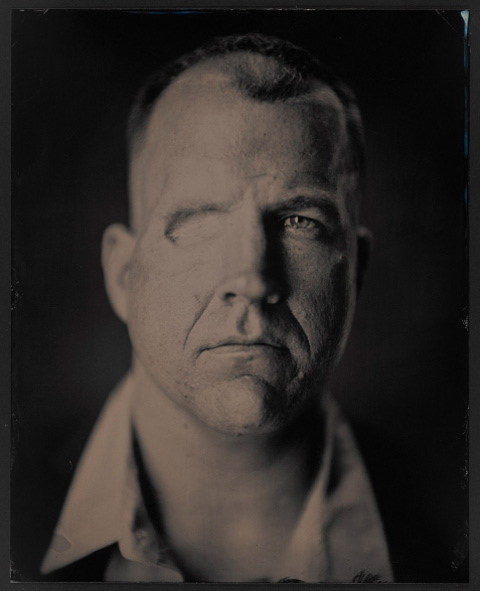 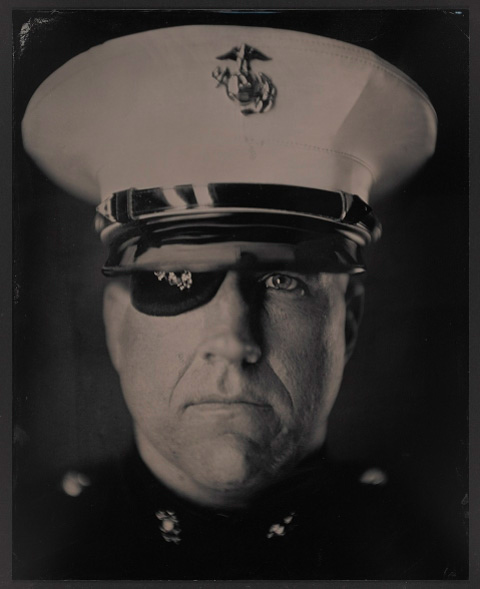 Was there a specific reason that you chose to document the military using tintype?
“I began War and Peace during the anniversary year of September 11th as a way of reflecting on how this event impacted the nation and New York City. We have been a country at war in Iraq and Afghanistan for over twelve years now and many of the people I photographed for my project enlisted because of 9/11. We often talk about warfare in technological terms, but there is a human side to it. I wanted to create intimate portraits. And considering the origin of tintyping, it was also a unique opportunity to explore the rich history of the tintype and its beginnings documenting the Civil War.” 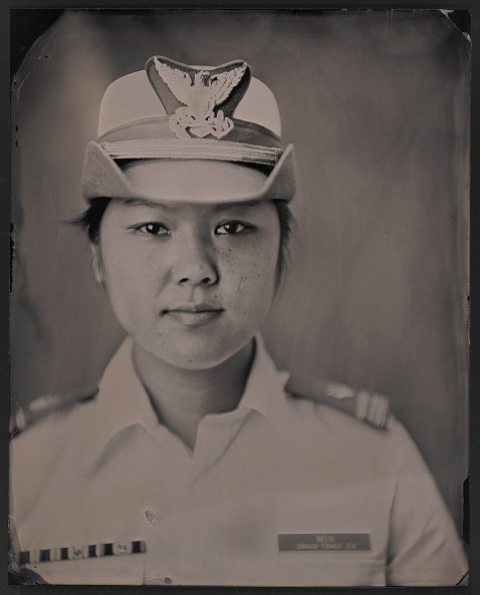 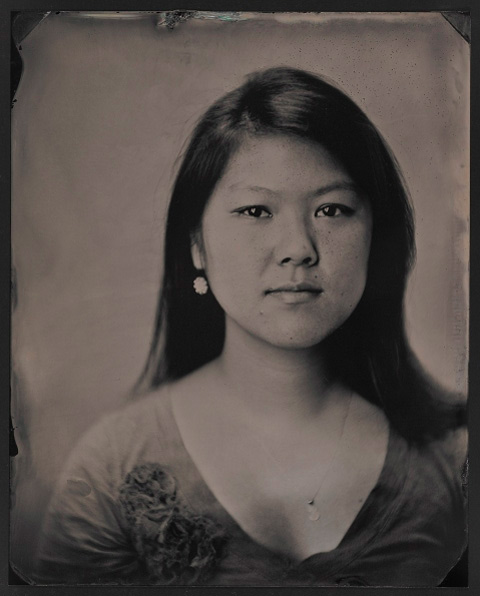 What was the conversation with the subjects like regarding the non-military version of their portraits? Did they choose what they would wear themselves?
“I asked my subjects to make their civilian portrait as personal as possible in an effort to connect with the viewer. Each person put a great deal of thought into his/her portrait. Ray, a U.S. Coast Guard officer, wore a guayabera in honor of his Puerto Rican heritage while Edward wore a business suit to symbolize his re-entry into the non-military sector of commerce from the U.S. Marine Corps.

“Each little detail you see in the civilian portraits carries a great deal of weight and meaning. Much like Roland Barthes’ punctum, there are layers to explore within a single gesture. In contrast, the military portraits had to be so structured because of rules governing how uniforms could be worn, from the angle of a cover or hat to the polish of buttons on the jackets.” 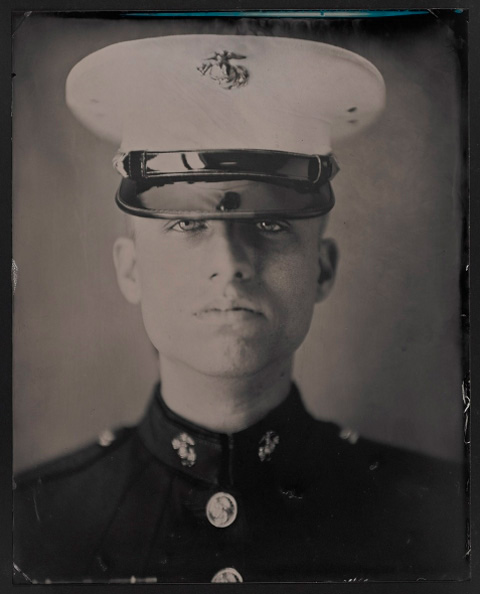 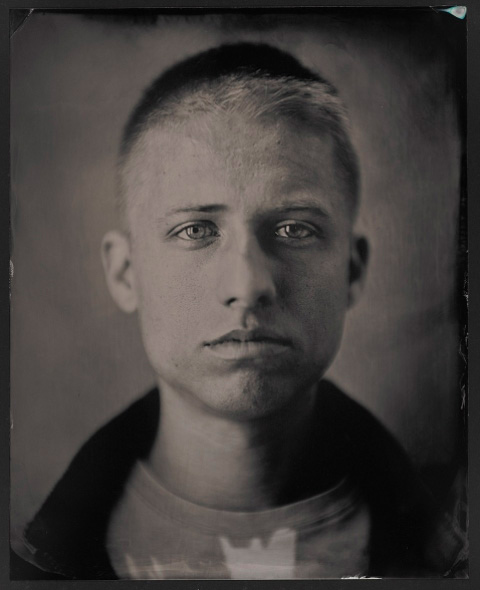 Your bio says that you studied historic preservation of fine art, how do you think that created and influenced your perspective as a photographer?
“Having a background in fine art means that I’m always looking at art—whether it be Velasquez’s paintings of the Spanish court, Bill Viola’s transformative video installations, or the photographs of August Sander. Often at a microscopic level, I’m investigating brushstrokes in a painting or the gelatin reticulation pattern in a print. Tintyping brings together my interests in history, process, and chemistry.” 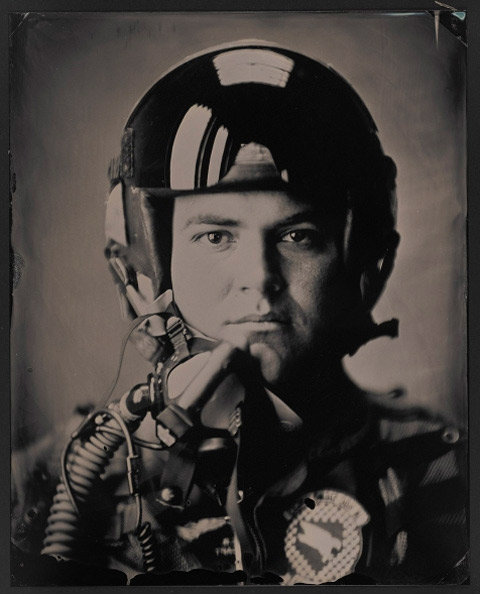 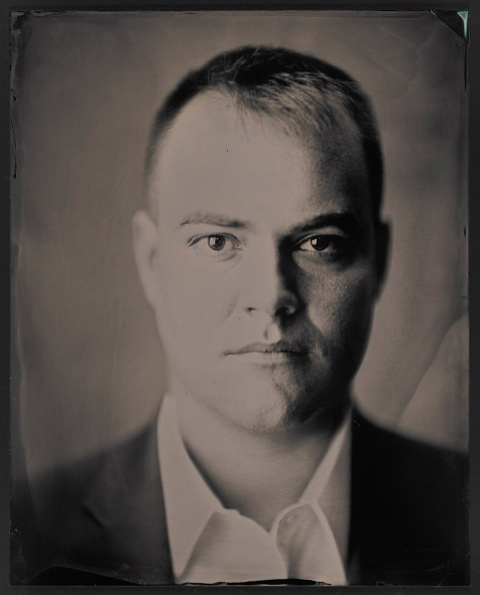 How did you first start working in tintype? You studied some tintype techniques with John Coffer but what first interested you in the process?
“I fell in love with tintyping during a class in historic preservation at the Metropolitan Museum of Art. We were studying tintype portraits from the Civil War. They were so powerful and haunting I couldn’t stop thinking about them. That was what brought me to study with John Coffer and embark on my own with the technique.”

Since the original idea of the tintype was to show the subject their image right away, was this something you did with your subjects?
“Absolutely. Everyone that comes to the studio for a portrait ends up in the darkroom seeing his/her portrait materialize in the fixer. It’s pure magic every time. I never get tired of or take this very intimate and special moment for granted.”