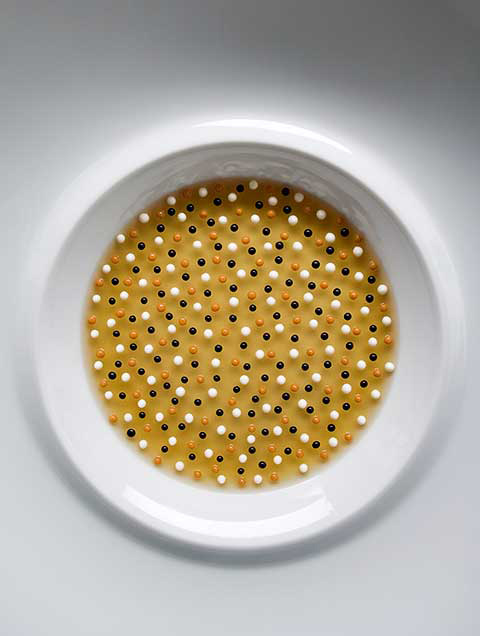 London-based food photographer Richard Haughton creates dazzling works of art with a clean, bright and inspired style. We asked Haughton to tell us about his many projects working with some of the best chefs in the world. 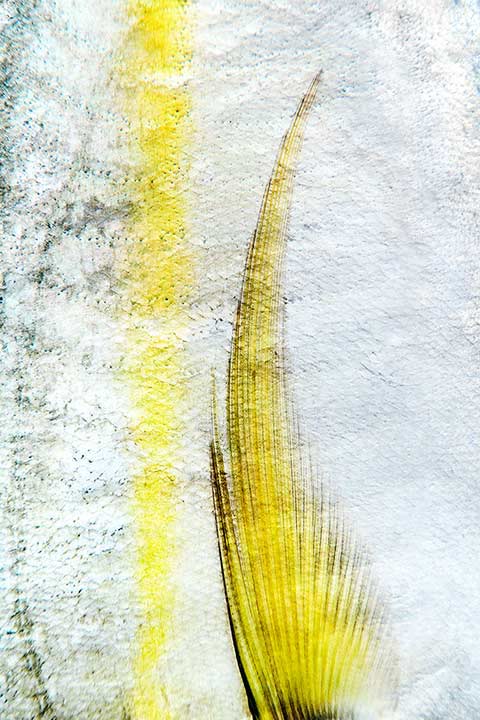 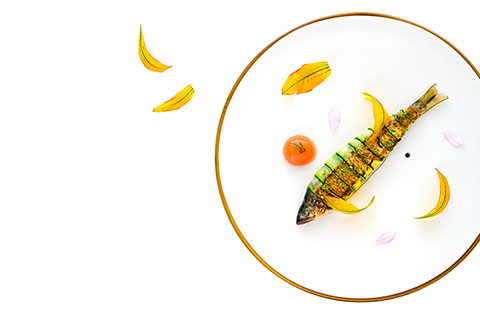 You have a number of interesting projects on your website—Astrance, Poissons – Un Art du Japon and Yukawatan Noriyuki Hamada. Were these images shot for a cookbook or are they from a personal project?
“Nearly all the images on my site are from books that I’ve done. I’ve produced eight books with Michelin 3 star chefs, and others, like my book on Eric Briffard at the George V, with 2 or 1 star chefs. Each project tends to be quite different, as each chef has a very different personality, milieu, kitchen, and approach to food. What I am trying to do is express their personality and ideas, but I also want to focus as clearly as possible on the food and product itself, so that the viewer can understand what’s special about it, can almost touch it, and most importantly, wants to eat it! My pictures are about food, not lifestyle.” 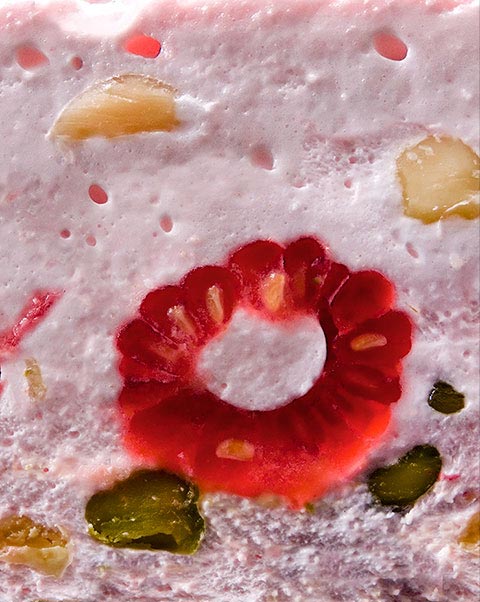 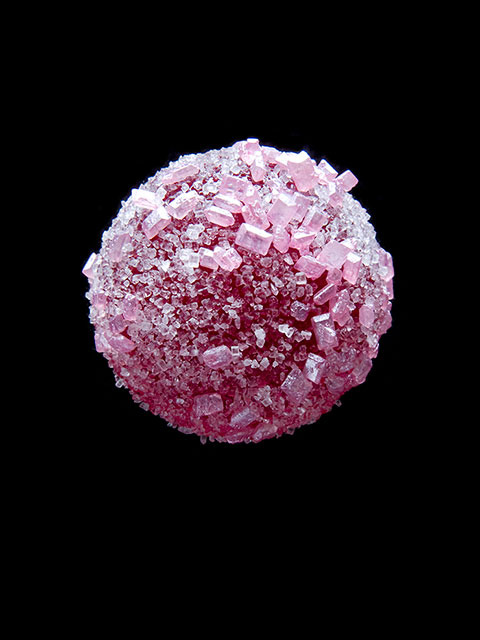 My favorites are your Frédéric Anton – Petits Gateaux images. What was the idea behind these?
“Frédéric Anton is a fun chef to work with, as he’s very creative visually, and can come up with many ways of re-presenting the same dish. He’s very graphic and conceptual. The first book we did together, Anton, which won the Gourmand Best Chefs Book in the World in 2009, is a “chef” book. Petits Gateaux is the first in a series we’re doing which is more of a general public book. The second, Pommes de Terre is out, though not on my site yet, and we’ve just finished shooting the third, Tartes.” 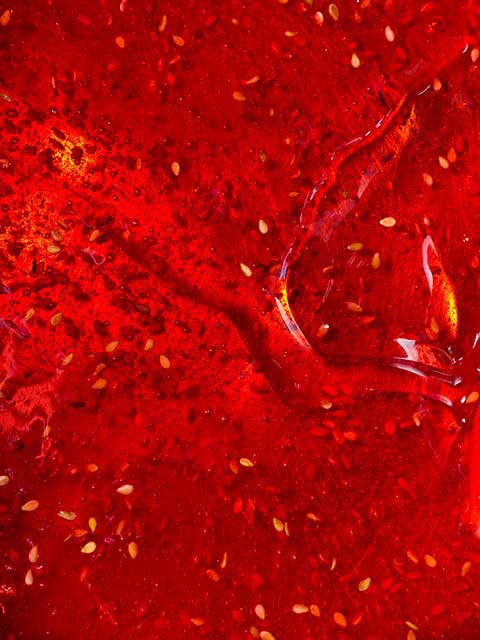 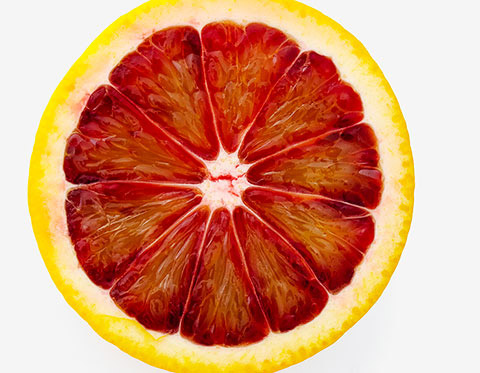 The way the food is lit in your images is fantastic. What kind of lighting effects do you use?
“Nearly everything I do is lit with flash, or sometimes flash and daylight, though very rarely just with daylight—it’s too variable, and often there’s not much choice of location, as everything has to be done as close as possible to the kitchen. Astrance for example, with the great genius Pascal Barbot, was entirely shot on top of the rubbish bins in the tiny courtyard outside the kitchen!

“I try and create a different light for each project, and that’s affected by the chefs style and by the physical properties of whatever space I have to work in. Nothing is done in a studio, I have to make one wherever I am, which means that I spend a lot of time traveling with about 65 kilos to carry. I work with Canon cameras, and actually do a lot of my close up work with a tiny G10.” 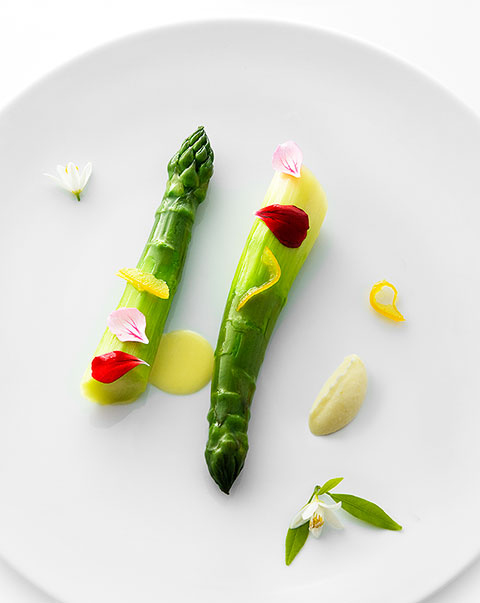 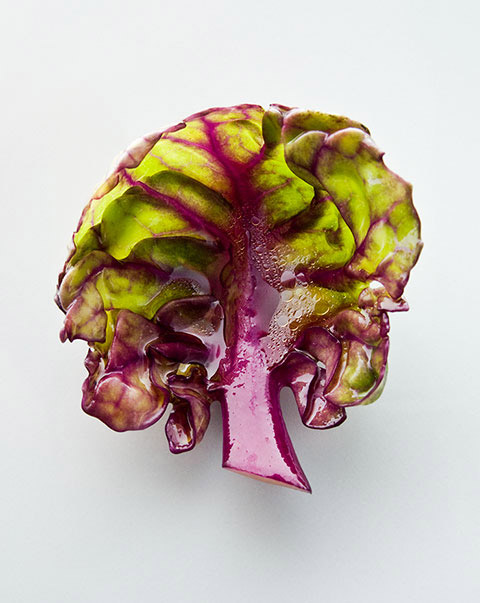 Do you work with a stylist to create the images?
“I don’t, it’s not necessary with these kinds of chefs. I work directly with the chef, deciding the best visual point of view for a particular dish, the best kind of plate, the best presentation.” 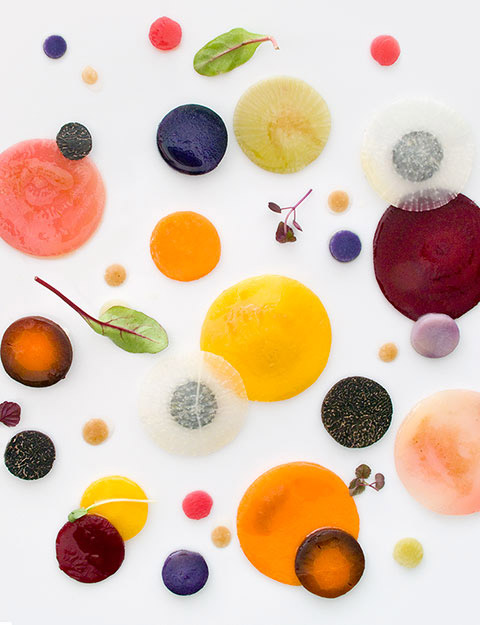 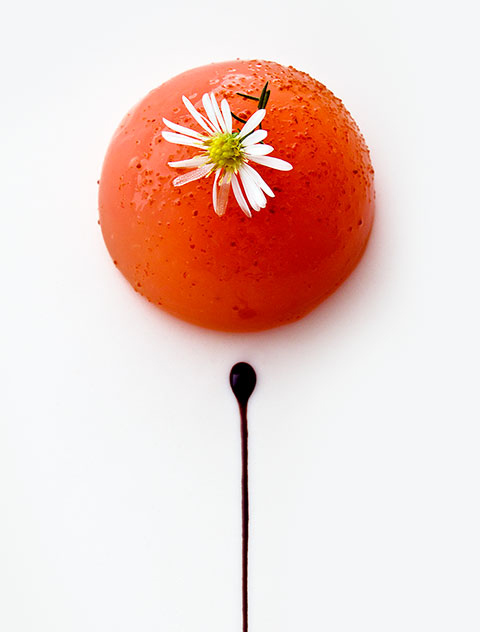 Do you add any treatment to the images in post-production?
“There is usually quite a lot of post production work, but it’s nearly always doing things that would take too much time to do when shooting—as time is always pretty limited—so mainly things like cleaning up backgrounds. If I have to shoot in a bright yellow room for example, there will always be a color cast to correct.

“The food itself I don’t mess with. These are some of the greatest chefs in the world, I don’t need to tamper with their work. Occasionally I will do a bit of tidying of a cut, or tweak the positioning or proportion of things on the plate to adjust for the camera’s point of view. I’m working with absolute perfectionists, and I have to be one myself. The book I’ve done with Jean-Georges Klein presenting dishes in a background that suggests one of the four elements has the most obviously “manipulated” images, but in fact they have almost no Photoshop work, and are all done using good old fashioned photographic techniques.” 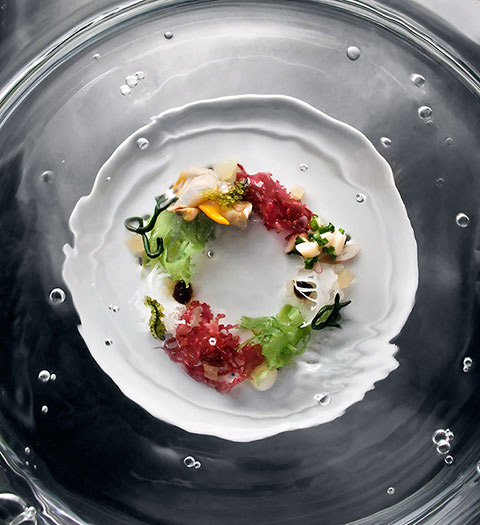